“The Man from Monster Valley” Part 2 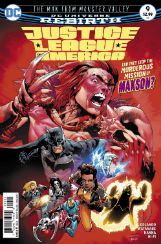 In the previous issue, it was revealed, to Atom’s horror, that Makson’s plan is to gather all of his relatives in one location and kill them all for their role in his family’s murder. Not his human family per se, but the creatures of Monster Valley who raised him as one of their own for thirty years. Makson’s human relatives hired the nefarious S.K.U.L.L company to kill him at Monster Valley in order to acquire his substantial fortune. With help from the Justice League of America, Makson survived his relatives’ assassination attempt, but his adoptive creature family were killed in the crossfire.

As soon as he finishes announcing his true intentions, Makson attacks his treacherous relatives. Luckily, the Justice League of America intervene before he could actually injure someone. Outnumbered and out-powered by the JLA, Makson tries to convince them to allow him to enact his revenge. Batman talks Makson out of avenging his family, for he too experienced the pain of losing loved ones and understands vengeance is never the answer. Batman also unveiled Maksons’ relatives shady actions to the authorities and they’ve now been apprehended by the police.

Makson transfers his inheritance to Vixen, to be used for charitable purposes, and returns to Monster Valley to protect its inhabitants from outside forces. 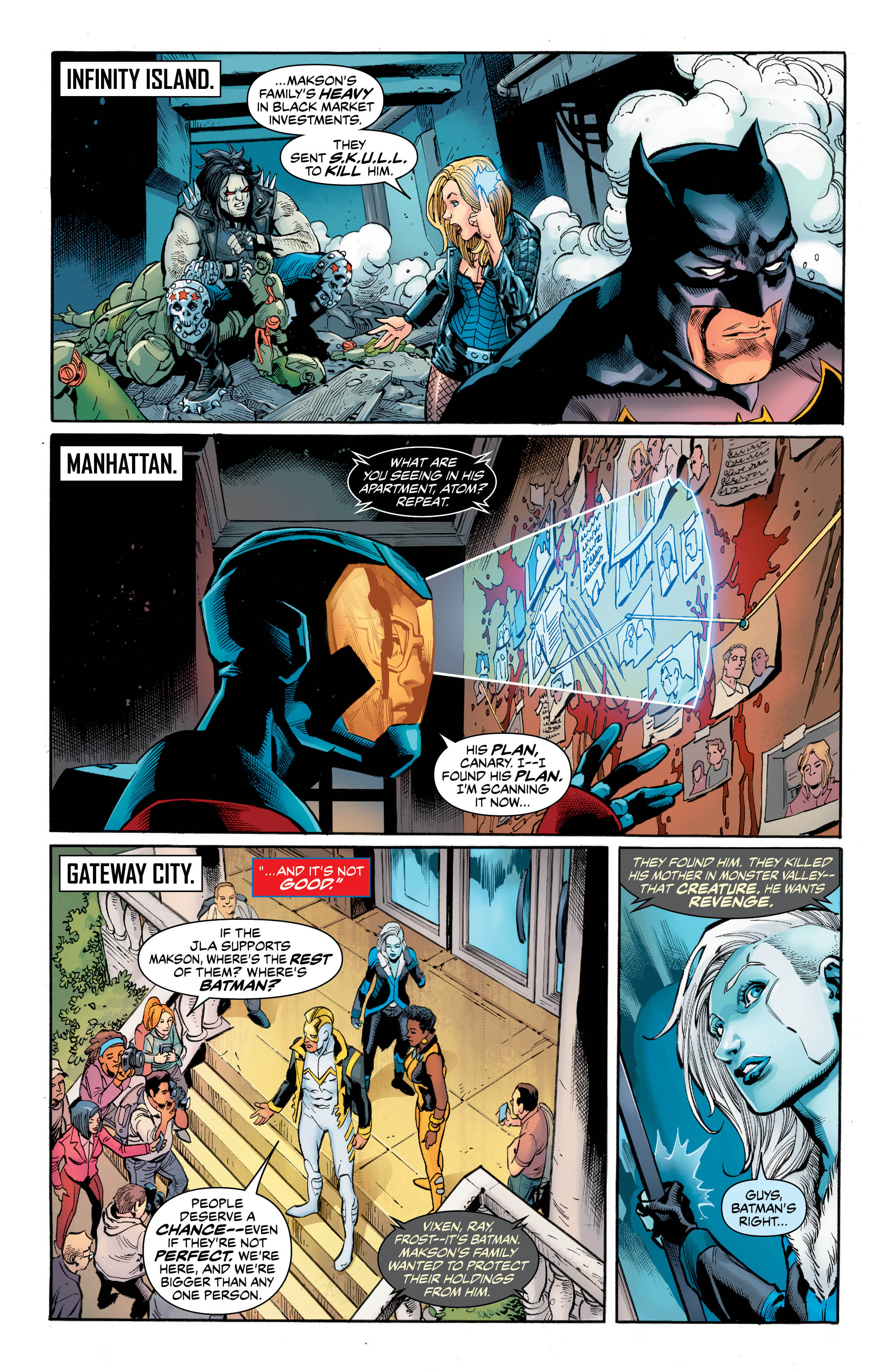 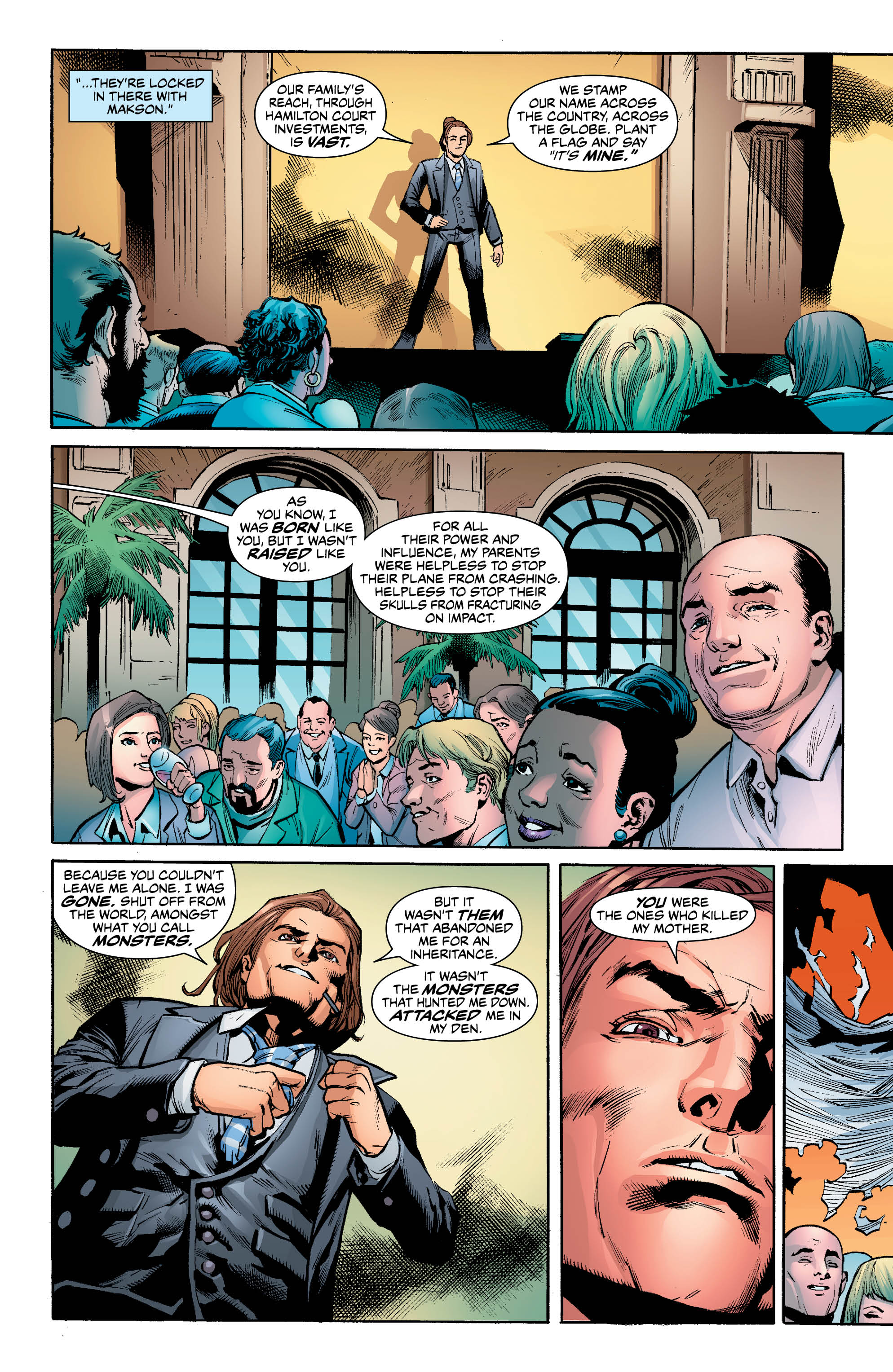 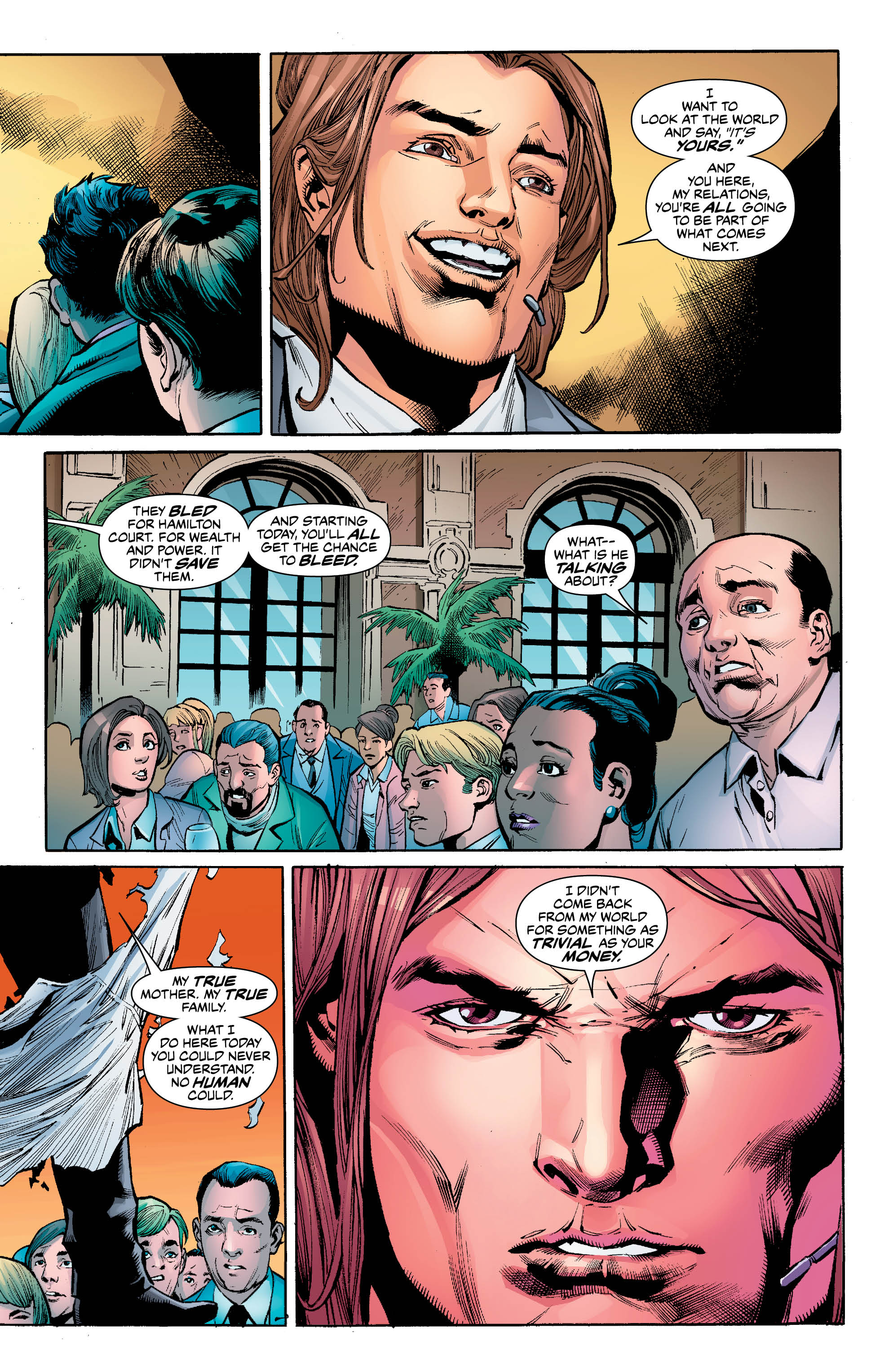 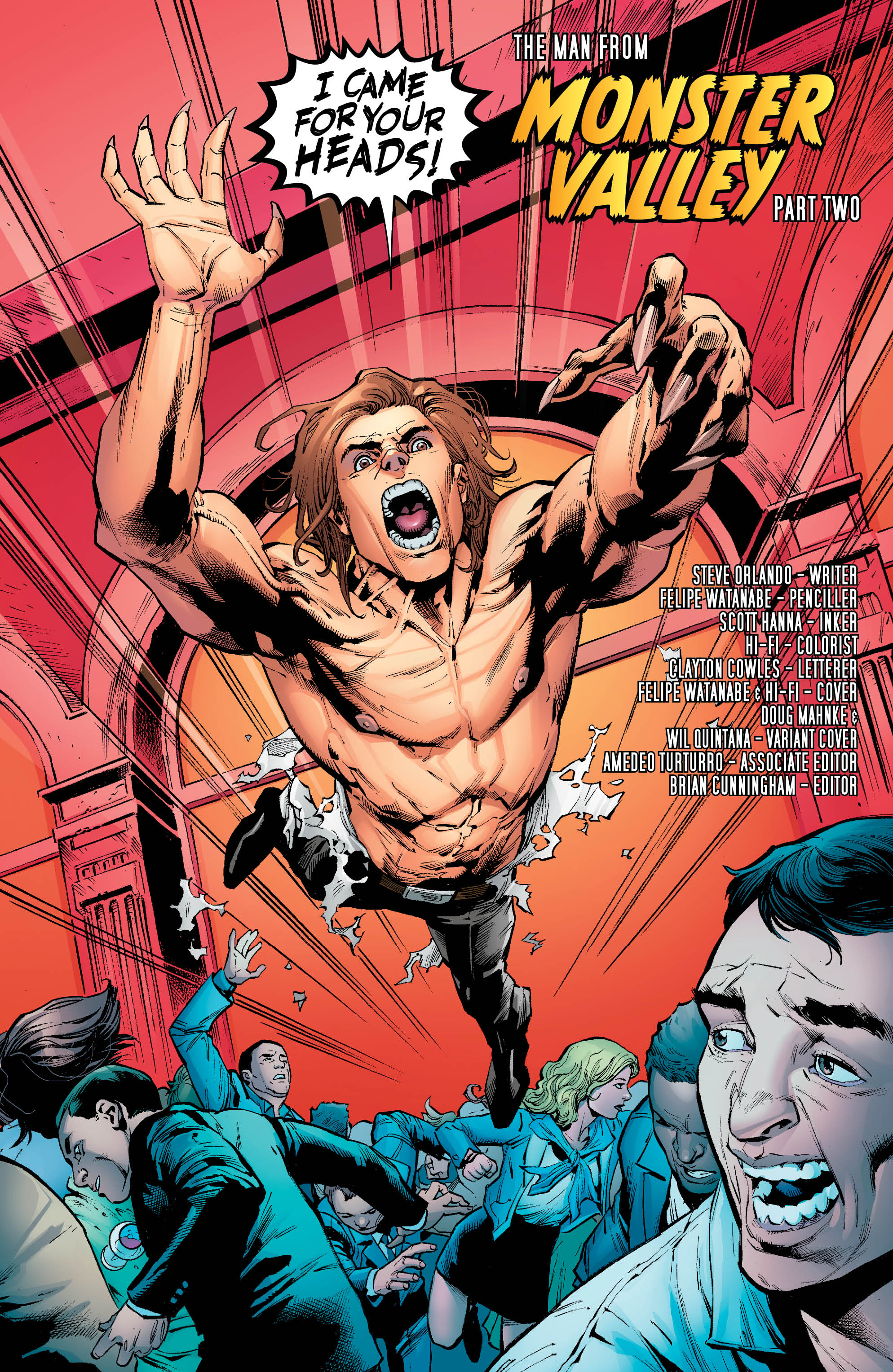 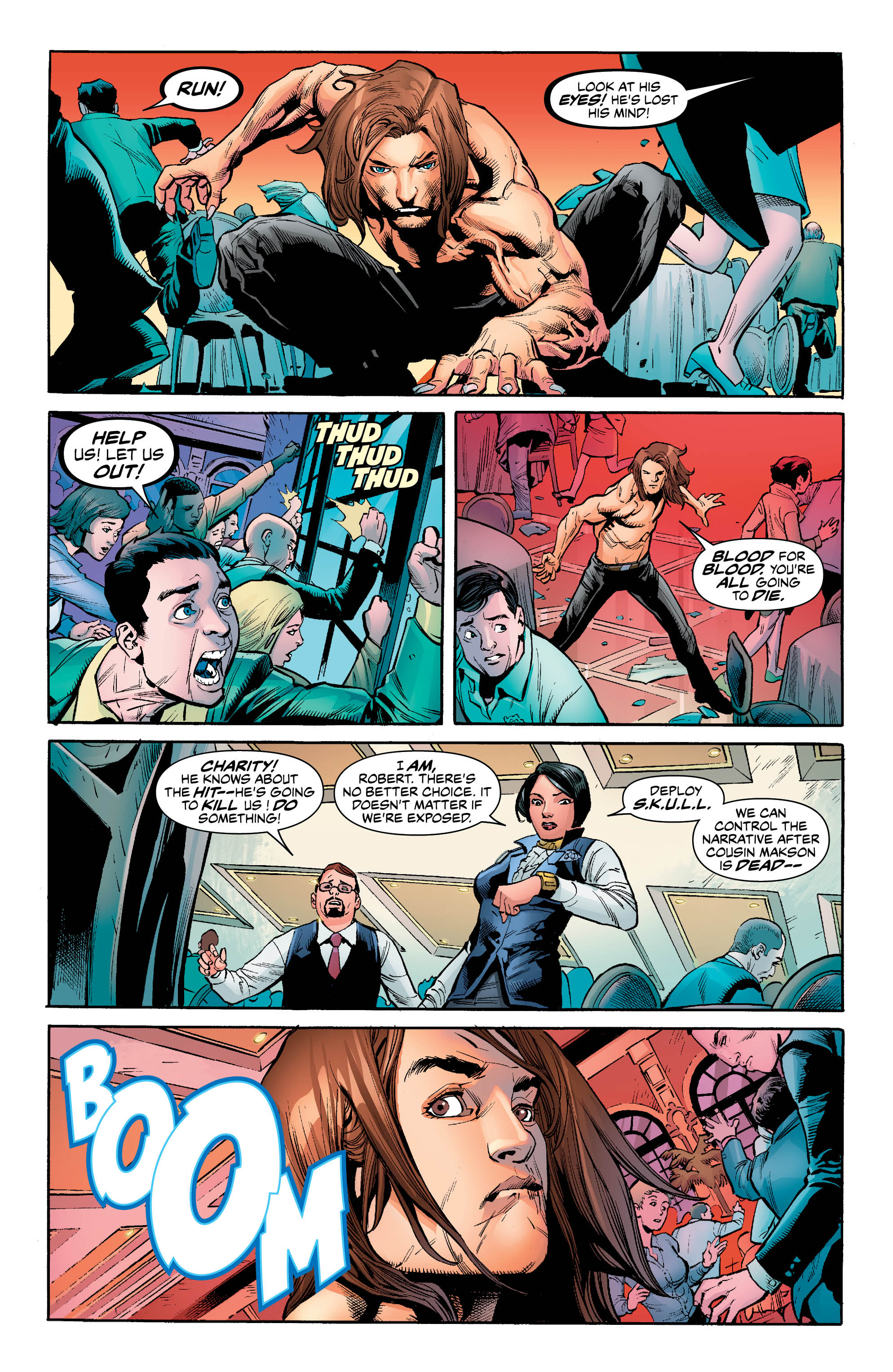 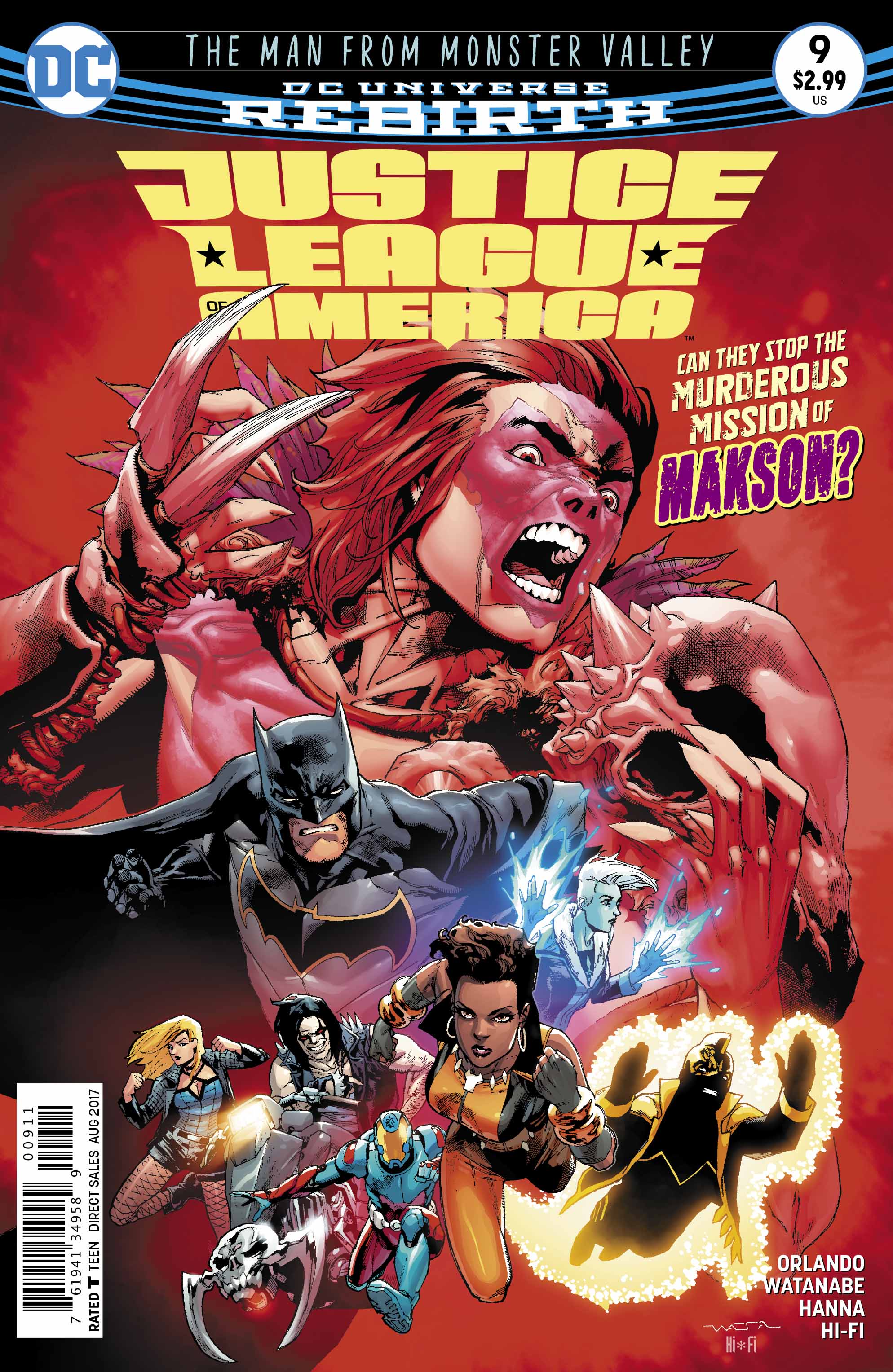 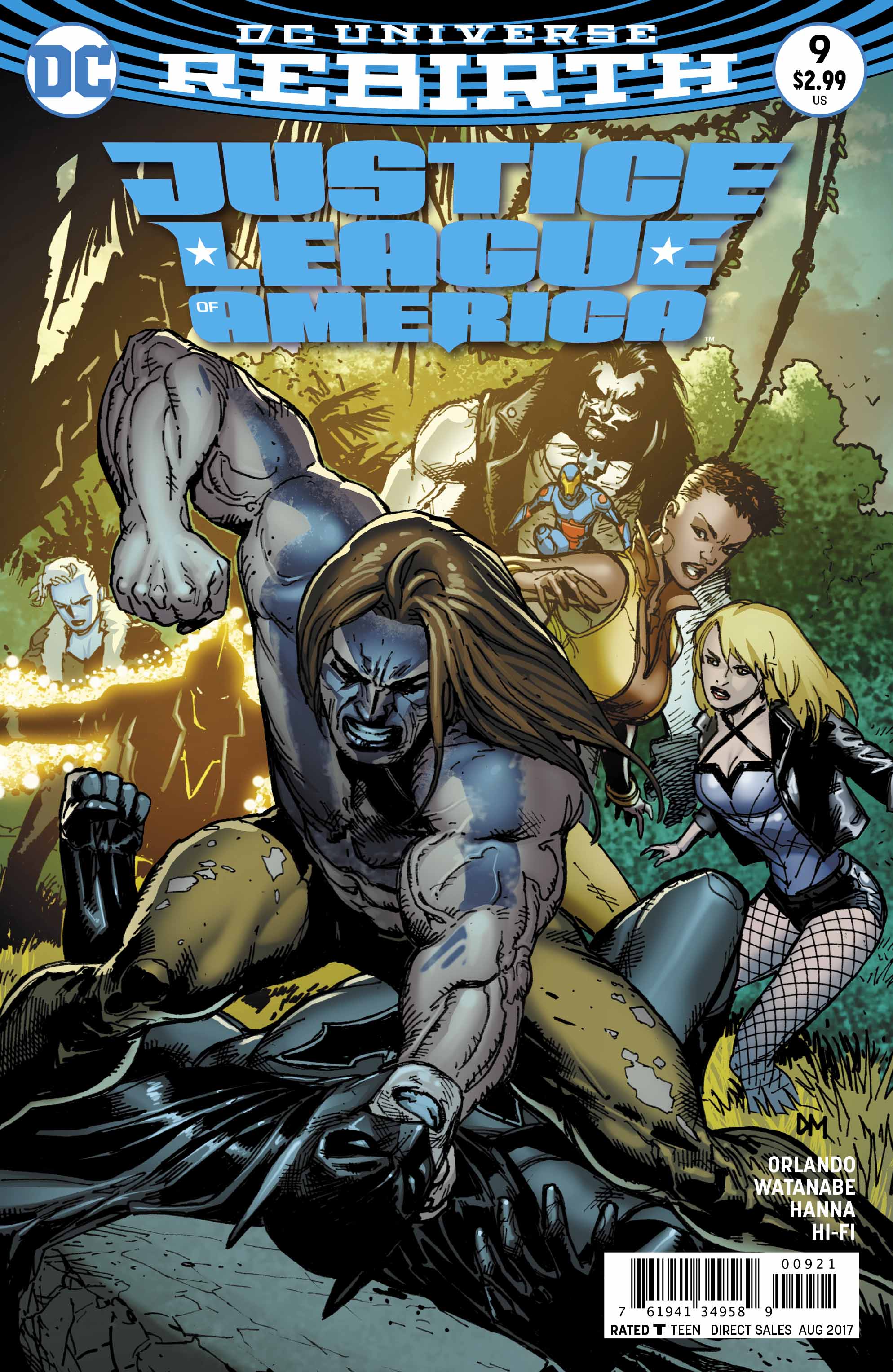 Honestly, once I finished reading this arc, I found it to be very hit-or-miss. The main gripe I had with “The Man From Monster Valley” story arc is that it didn’t really have a lasting impact on me. Although issue #9 certainly had  great pacing, it was over so fast that I literally said to myself: “Is that it?”. The whole arc felt more like filler.  Nothing really memorable occurs throughout its run.

The artwork was fine- at times. There were a few instances where I felt the environments lacked detailed. However, I must admit Felipe Watanabe’s work on the characters is impressive. The emotions visualised via the characters’ facial expressions looked so believable. Felipe Watanabe impeccably translates Makson’s anger, confusion and sorrow onto the page.

Makson was undeniably the best aspect. He was such a well-written and layered character. I couldn’t help but empathize with him. Right after losing the family that had raised him for thirty years, he returns to civilisation only to find out his own relatives wanted him dead. He feels alone and confused in the world. His motivations were understandable and I hope he makes an appearance again in future issues.

As always, Steve Orlando handled the JLA’s team dynamic brilliantly. The hilarious conversation between Lobo and Atom, Batman and The Ray’s conflict over the team’s ideology and not to mention Vixen’s talk with Batman about his tumultuous past. Steve Orlando knows these characters and he’s doing them justice with every issue he writes. However, I felt some characters were pushed to the side in this issue and thus didn’t receive enough attention. Which is quite odd for a team-centred series such as this.

Besides Makson, issue #9 admittedly didn’t offer anything memorable or new to the series. The whole arc felt brief and consequently it turned into just filler. I really do hope Steve Orlando considers bringing back Makson in future arcs. His character is just too good for two issues alone. Furthermore, it’ll be a fantastic opportunity to expand upon his character and tell another emotional chapter in his life.