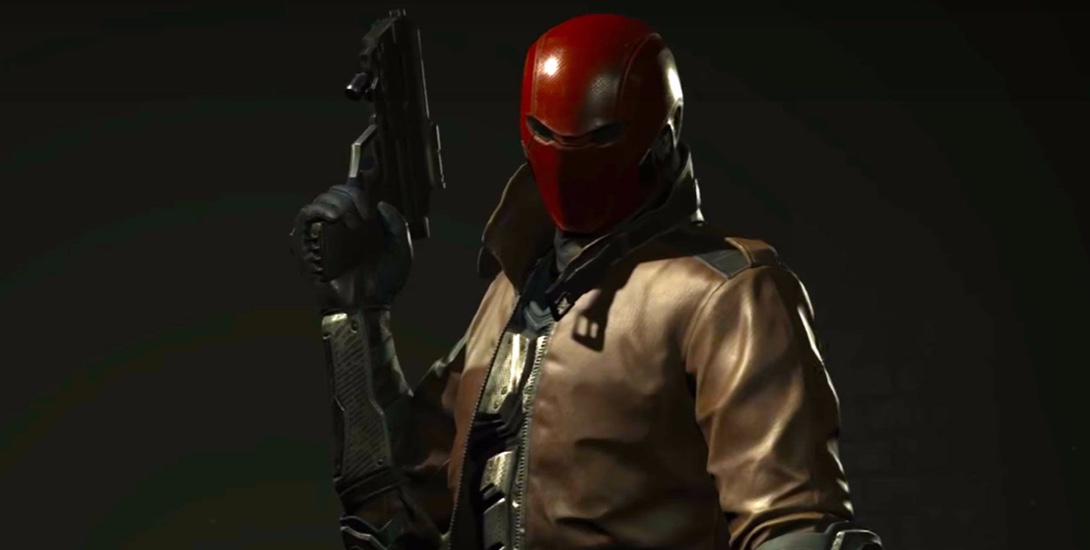 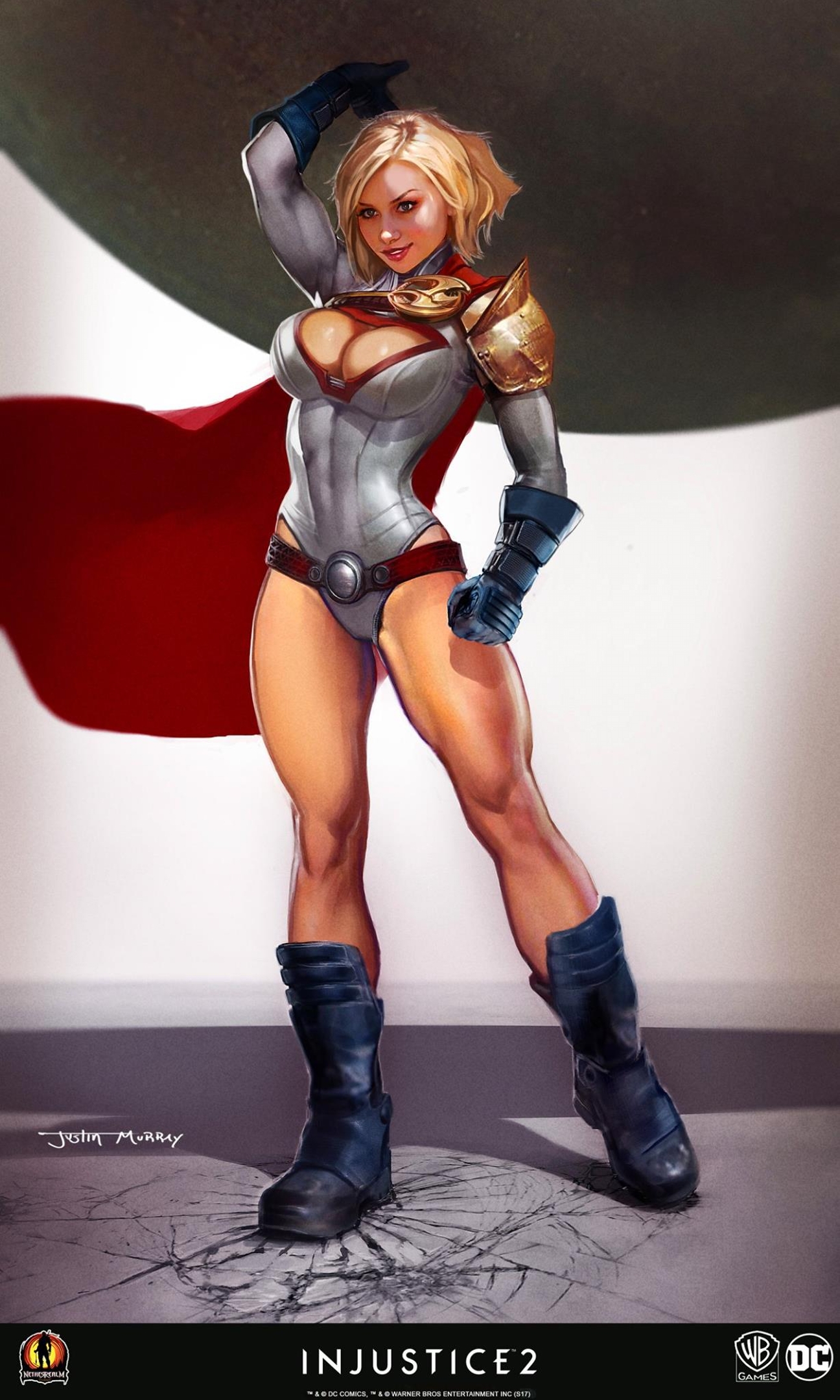 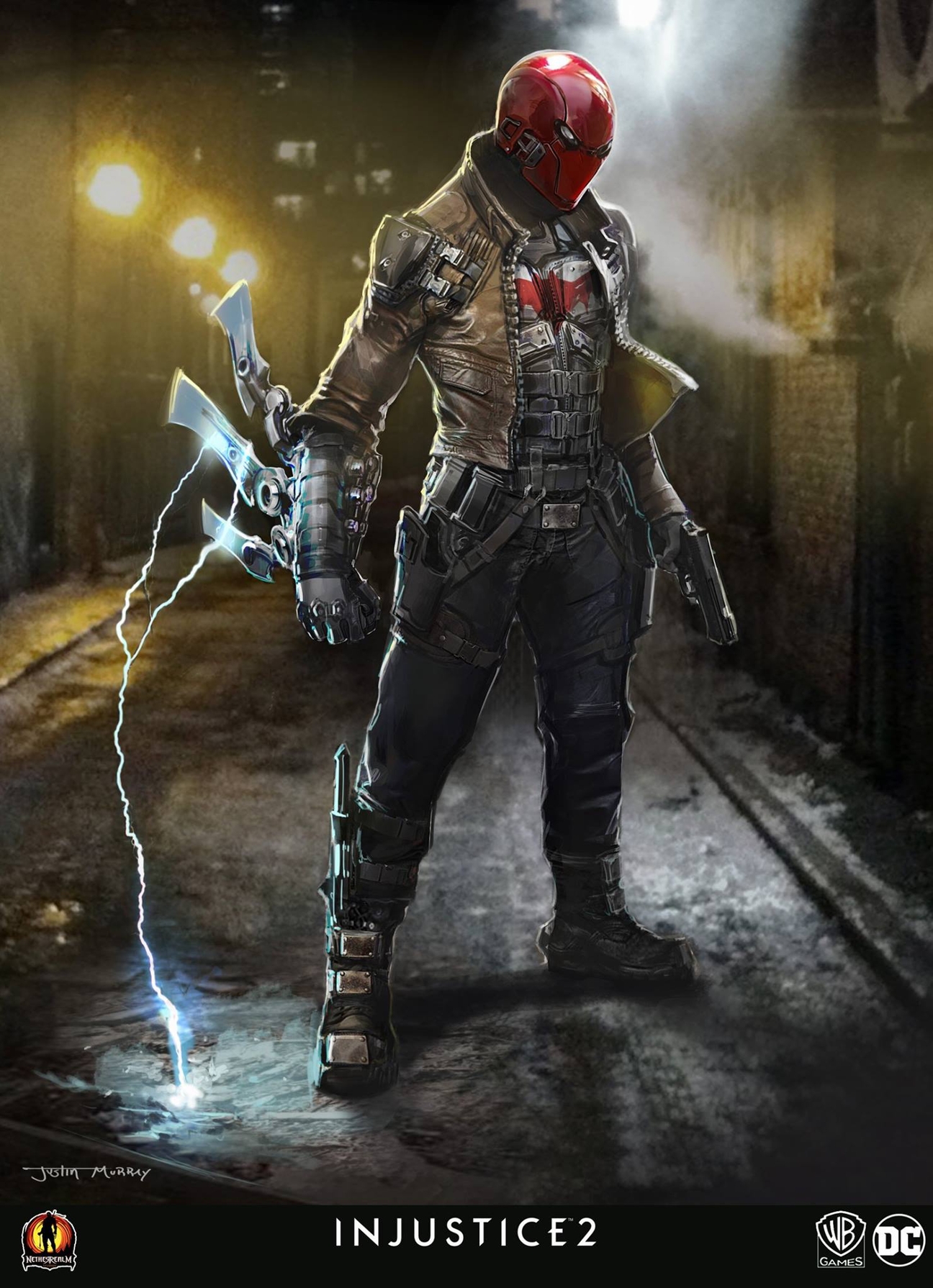 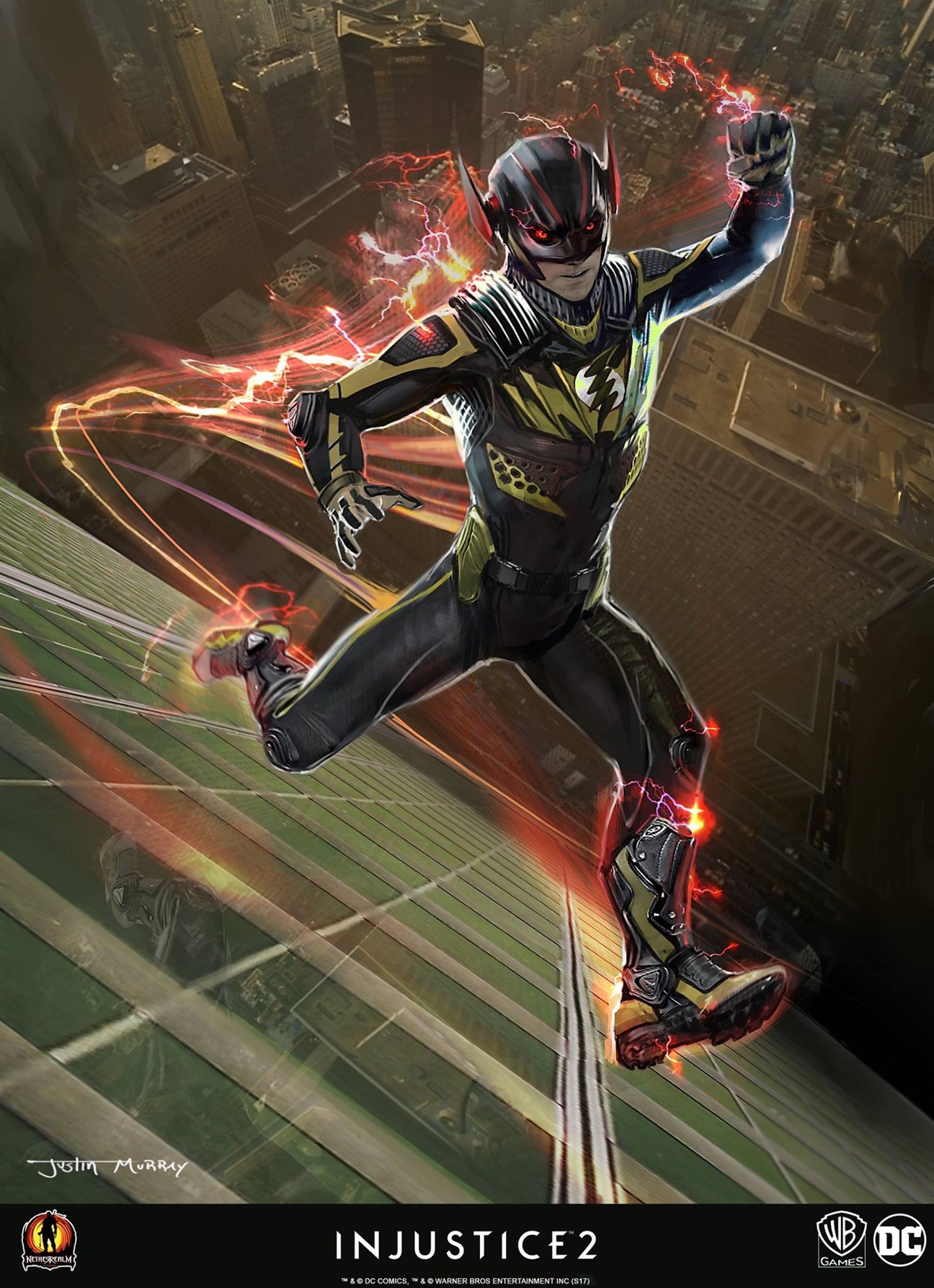 There are a few features that the concept art deviates from the final design.  In the final design, Red Hood’s final Injustice 2  look is the spray painted red bat-symbol and a gauntlet with a three giant, electrified scallops on the forearms. The electric scallops do not seem to appear in any released gameplay footage of the Red Hood so far, but who knows. Perhaps there is a couple of secret move sets that utilize the electric scallops.

While the final game design does not feature the red bat-symbol, perhaps an alternative skin can have it. After all, the bat-symbol is more comics-accurate.

Injustice 2 is now available in stores or digital download on the XBox One and Playstation 4.

REDHOOD AND THE OUTLAWS #9: WHO ARE YOU? HOO, HOO. REVIEW