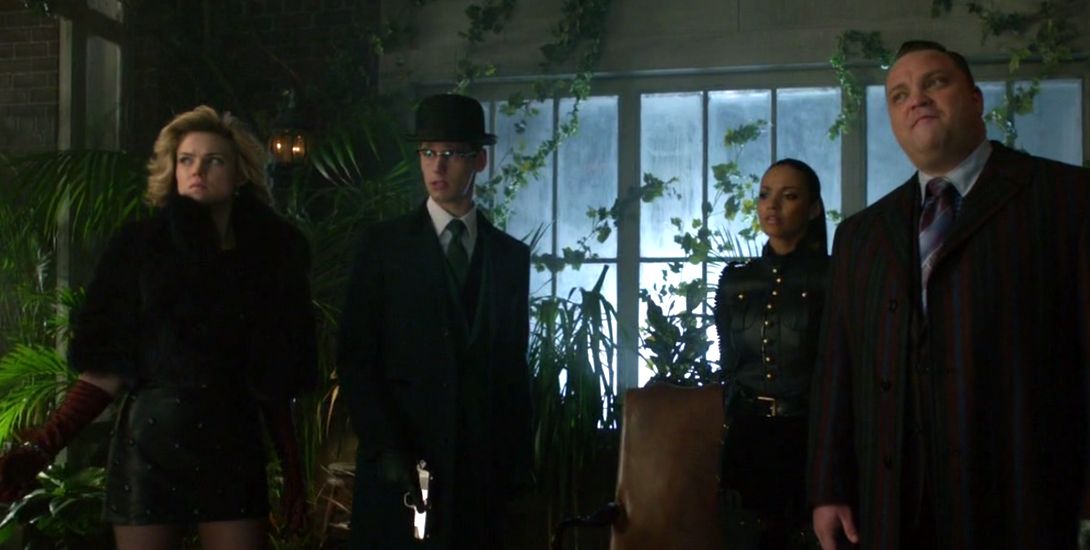 Exactly…how bad is this virus? Pretty bad. The Court of Owls is determined to cleanse Gotham of all evil. Which in theory, not a bad idea. What sucks is that they’re not including themselves in the purge. If only. Gotham is getting exciting, and “Pretty Hate Machine” is revving us up for the finale. There isn’t a single standstill moment in this episode. It carries the action and a strong plot, this is definitely more of their most entertaining episodes of the season.

I knew it’d get better, we know from the beginning that there is very little canon in Gotham. Other than character names and protagonist/antagonist identities, Gotham is working from scratch and creating something that’s never been written or played out before in live-action. The following is an overview of what happened in “Pretty Hate Machine.”

Gotham induces each character to nurture their goodness and badness. Thus far, Jim has only been noble, a “lawful good” character, and so I wonder how the virus will impact him.

Jada Pinkett Smith is a phenomenal actress. Her character strikes a deathly fear into our hearts, all villains quivered before her.

Now see that there? That’s the look of respect. Or is it fear?

Fear. Yes. Most definitely fear. She breaks in during the middle of a stand-off between Nygma and Cobblepot. She saves Penguin from imminent death, however, I don’t think he’s happier or safer to be in Mooney’s hands.

Has become docile, a zombie, and accepts to aid in the fall of Gotham. The murder of Martha and Thomas Wayne is the catalyst of creating Batman. However, there is a list of traumas behind him as well. Alfred kills off the Shaman responsible for brainwashing Bruce, an action which will impact both Alfred and Bruce.

A fully packed episode, amazing action sequence, carrying audacious and jaw-dropping moments. A little camp fun between the villains as well. The “buried alive” scene is filled with tension, and it’s a nice twist for Jim to take the virus to save himself, instead of the good guys finding him at the last moment. But, uh-oh…the bomb’s been set off. 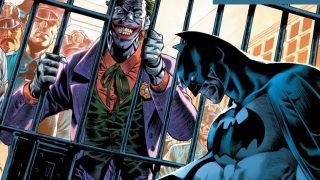