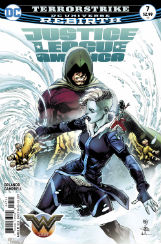 Wow…just simply…WOW! What an issue! After the disappointing last issue, I have to admit my anticipation for this series wavered, but that all changed after reading issue no.7. First thing I am aching to talk about is the stunning artwork. Oh my word, the art style is incredible and coupled with the equally astonishing colouring, it was like looking at a watercolour painting. The artwork on a whole was a massive, massive improvement from the previous two issues! I even went back to the comic book again to not read, but simply gaze upon the jaw-dropping art. Thank you so much Jamal Campbell for creating this wondrous display of comic book art! I hope he’ll stay on board for the JLA’s series from now on, or at least for another arc or two.

In issue #7, the rest of the Justice League of America takes a backseat in this issue’s story and instead follows Atom (Ryan Choi) and Killer Frost (Caitlin Snow) as they search for something at a museum to help Killer Frost’s (unclear) condition. JLA members such as Lobo, Black Canary, Vixen and The Ray only appear in briefly throughout the issue. Atom and Killer Frost are the main focus of Issue #7.  At the museum, Atom and Killer Frost are attacked by nightmarish creatures that were the museum’s security guards, but have been transformed by the fear inducing villain, Terrorsmith. While Atom is fighting the transformed security guards, Killer Frost confronts Terrorsmith. At first Terrorsmith seems unnerved by Killer Frost’s presence, until she threatens to slowly freeze him to death if he doesn’t change the security guards back. Ultimately, Terrorsmith submits and he is sent to Belle Reve Penitentiary, where Amanda Waller contacts him. 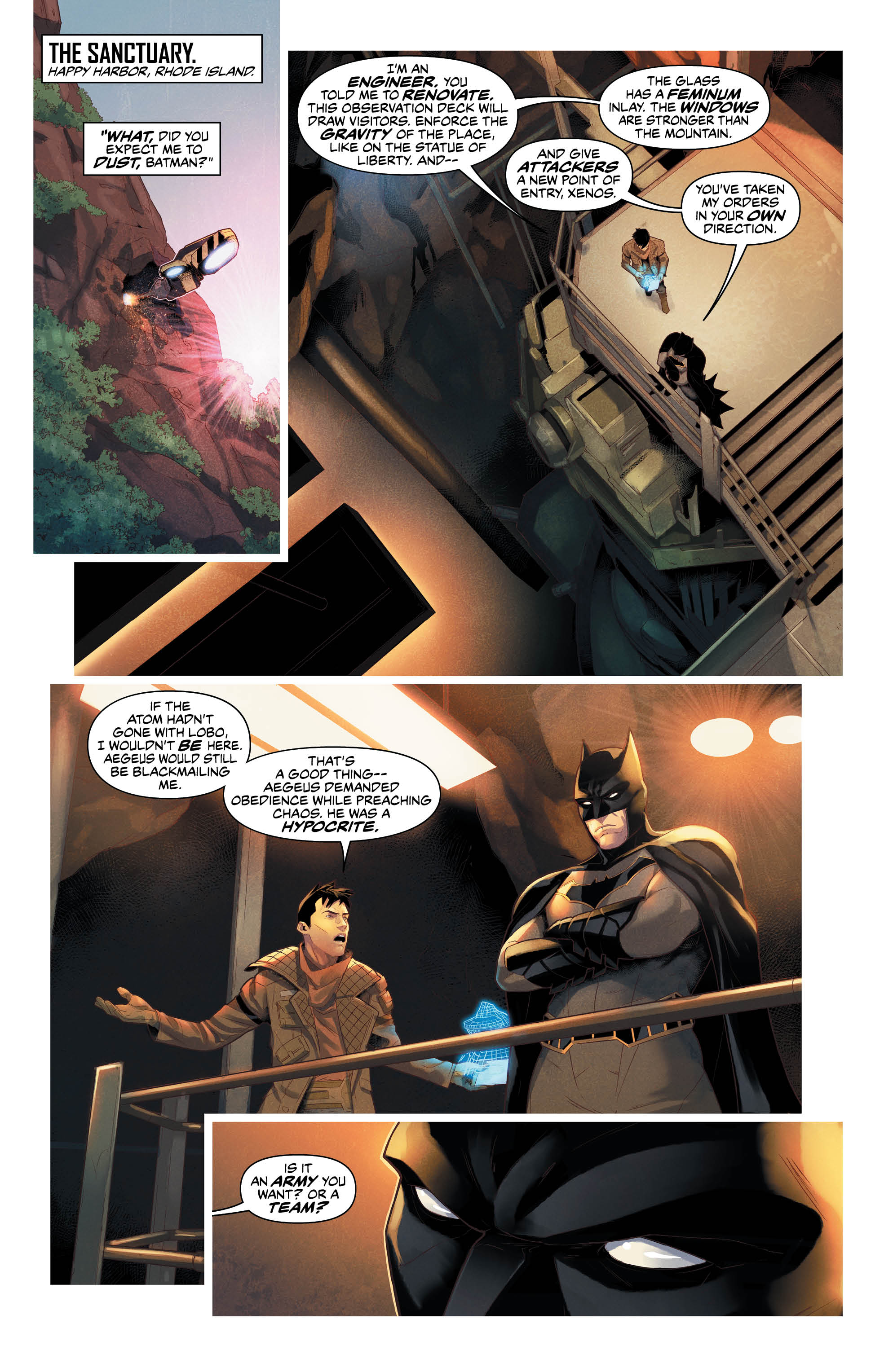 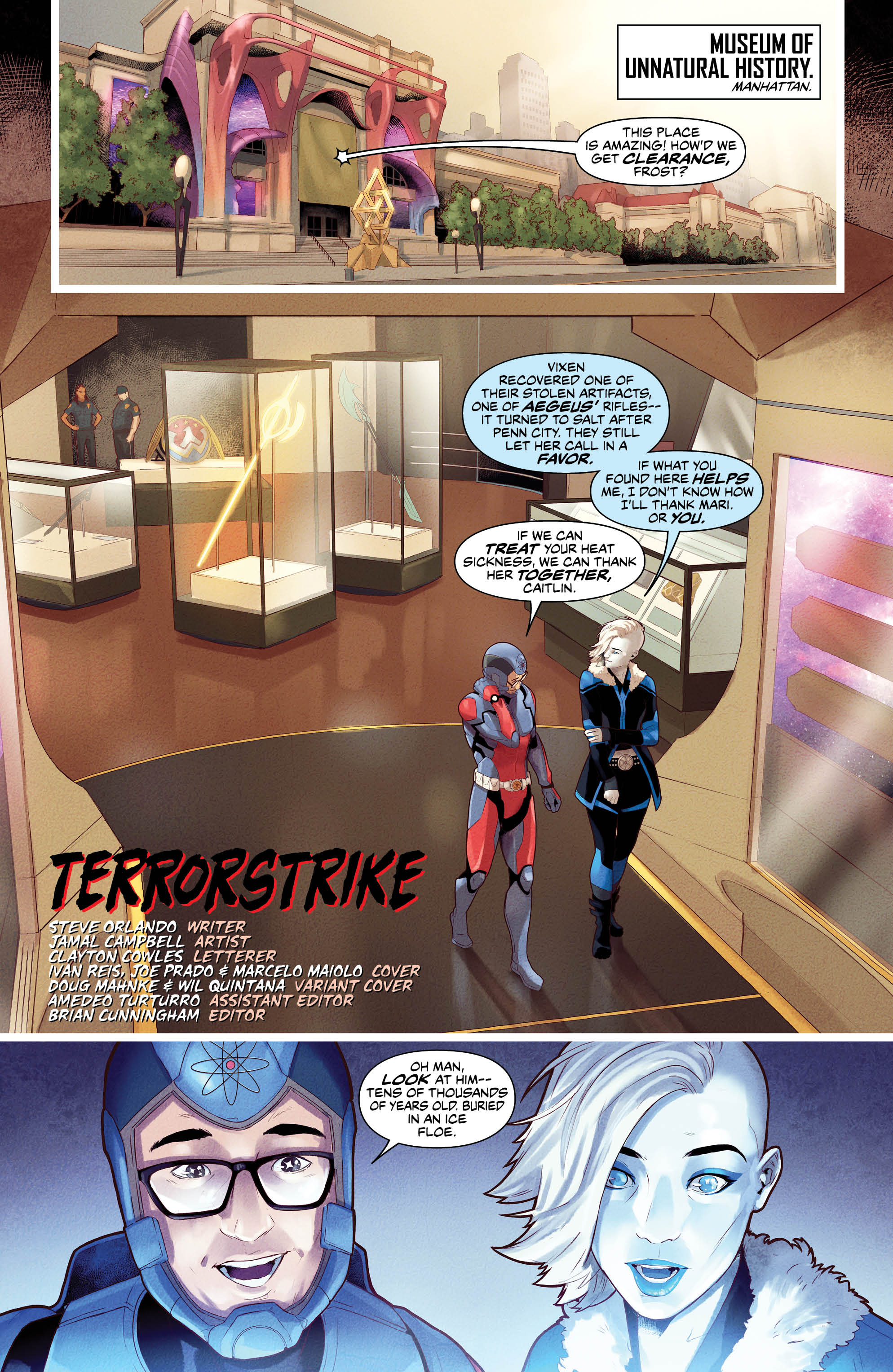 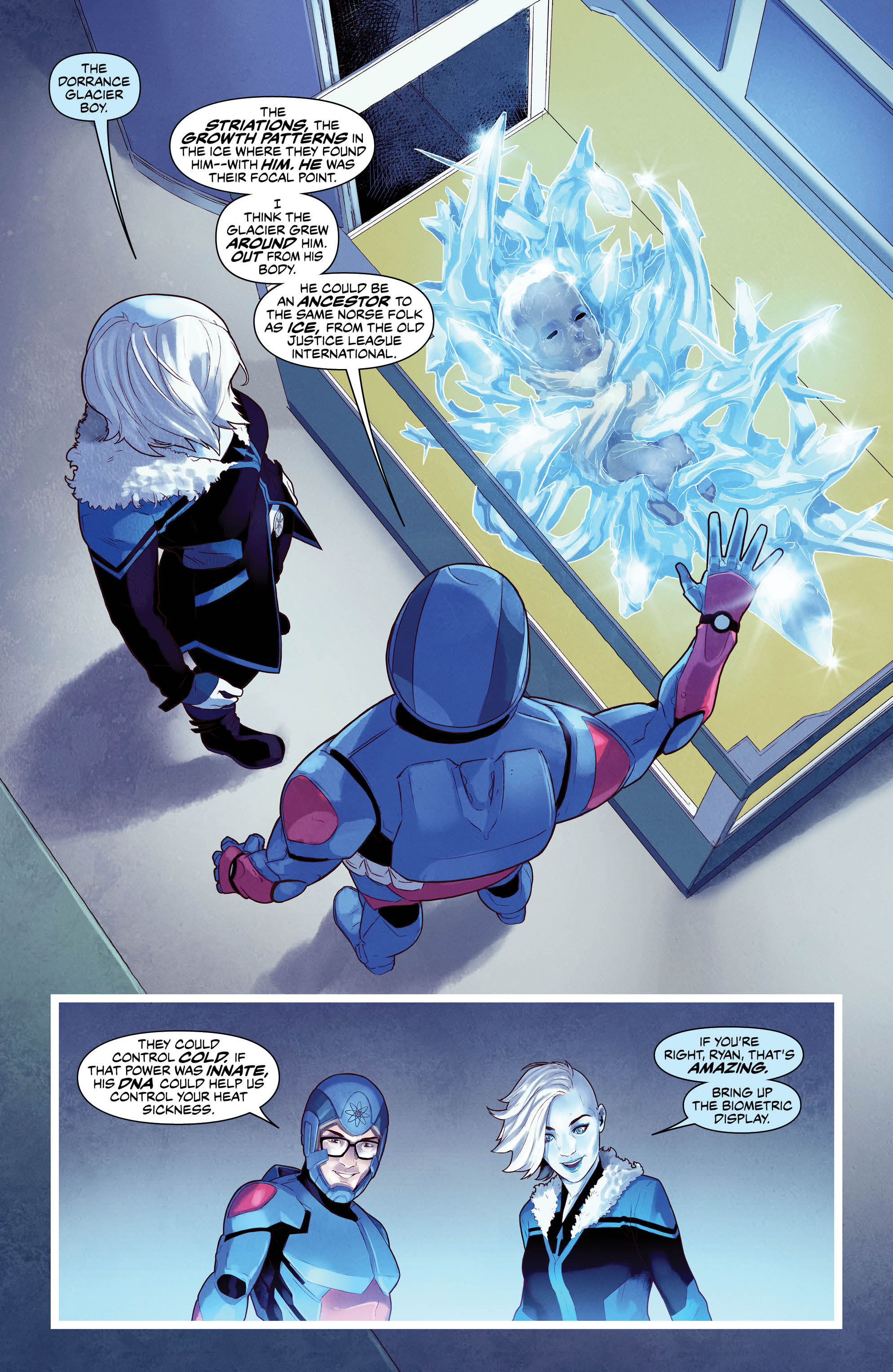 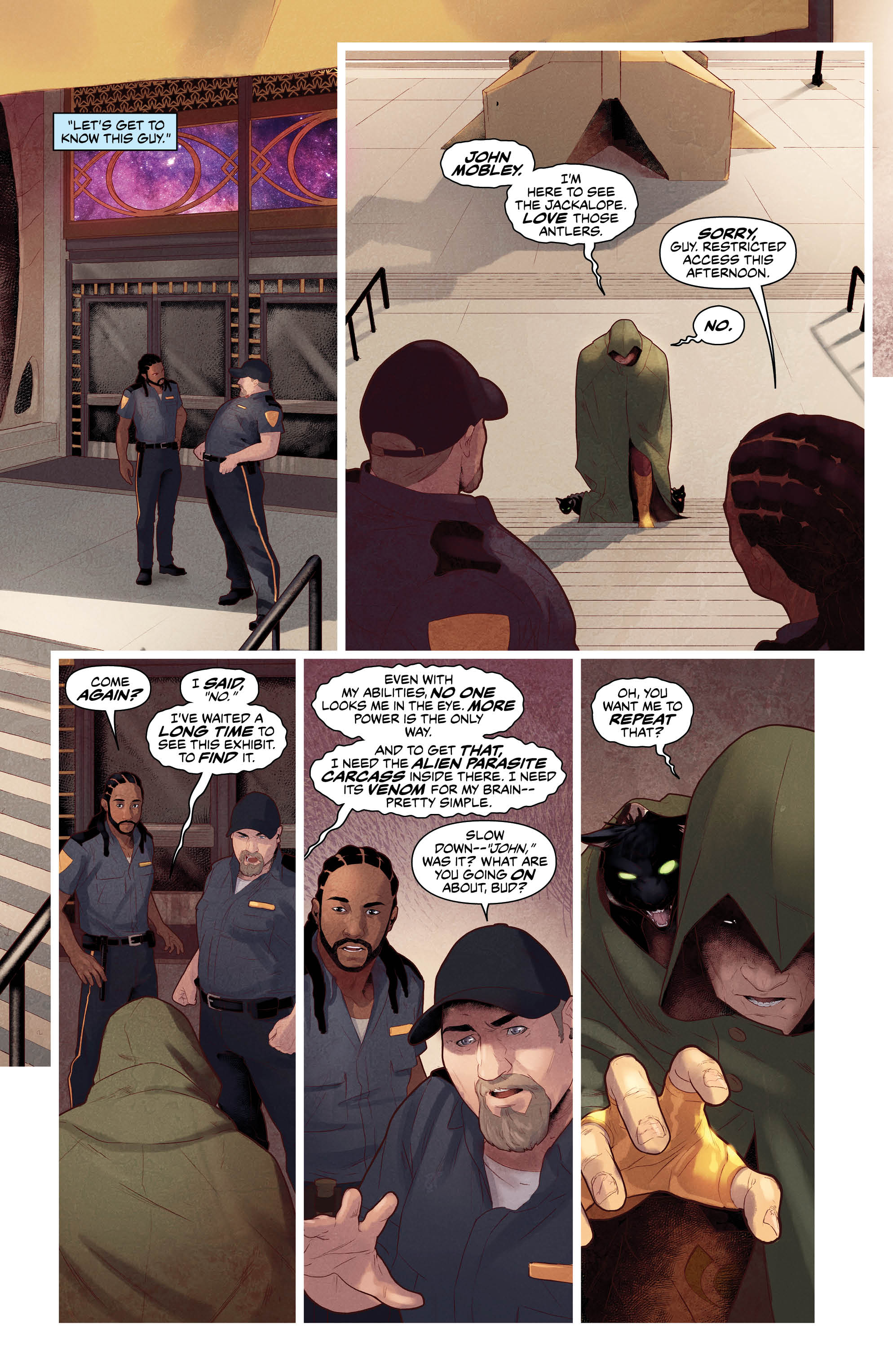 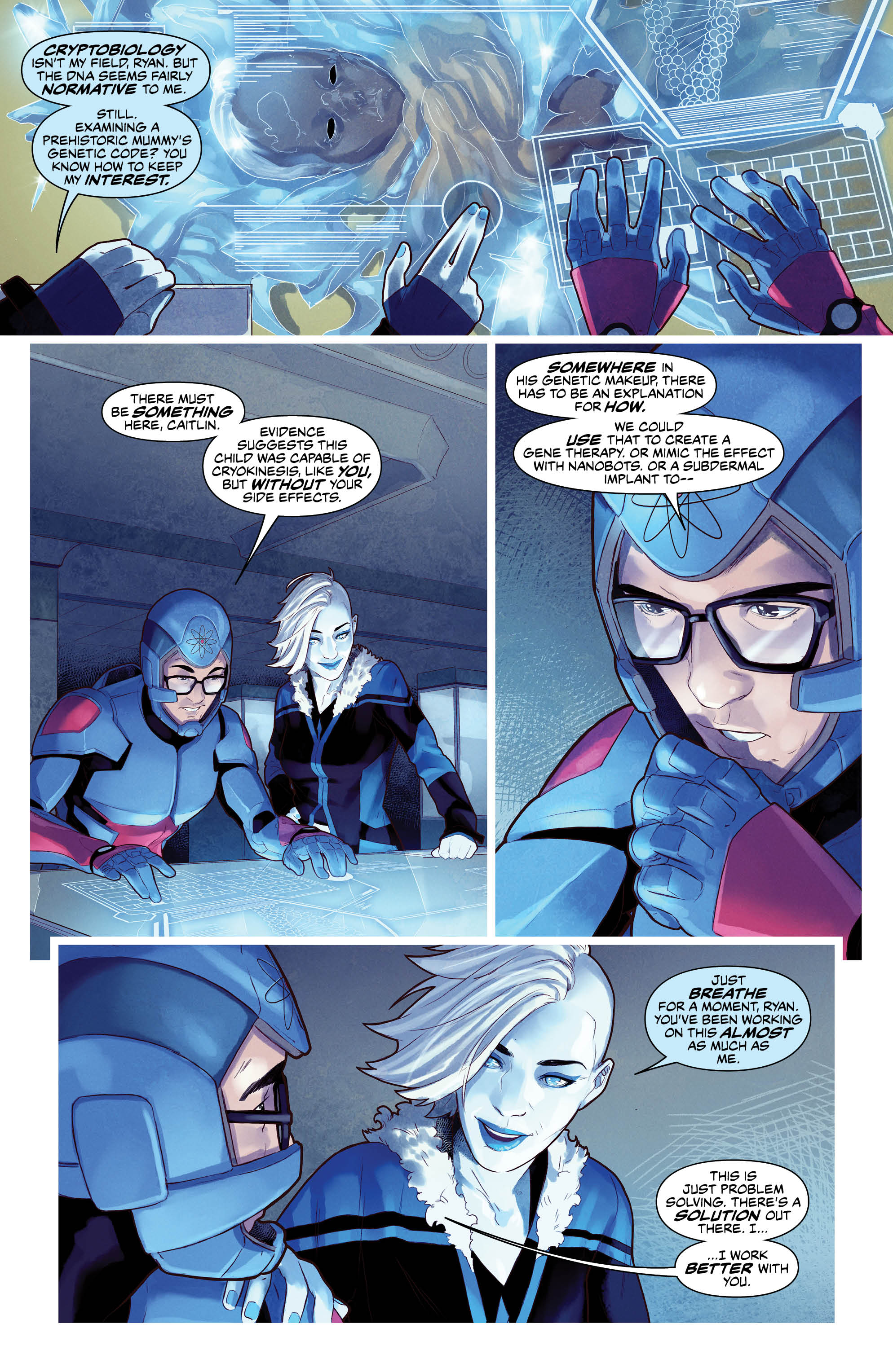 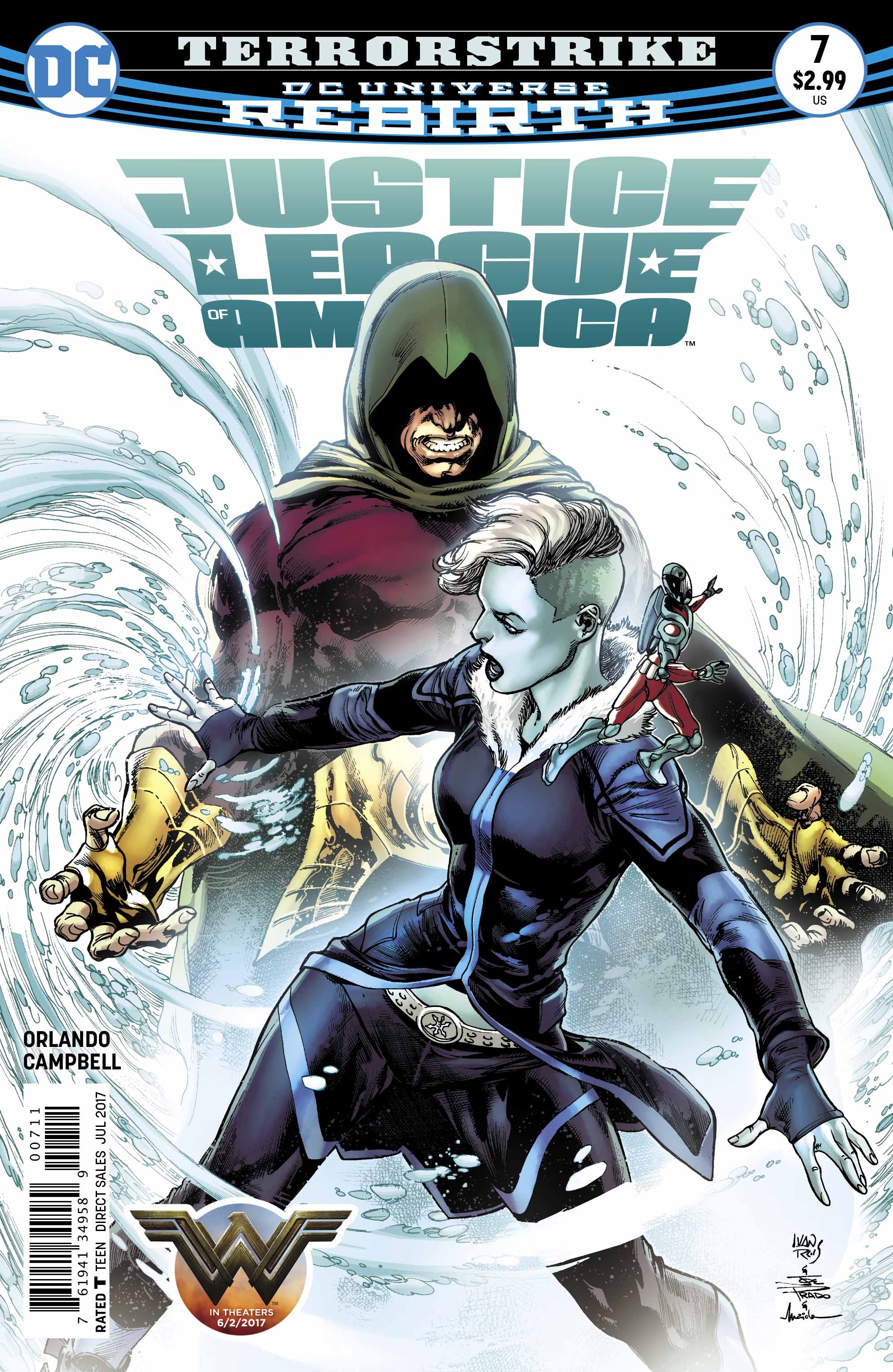 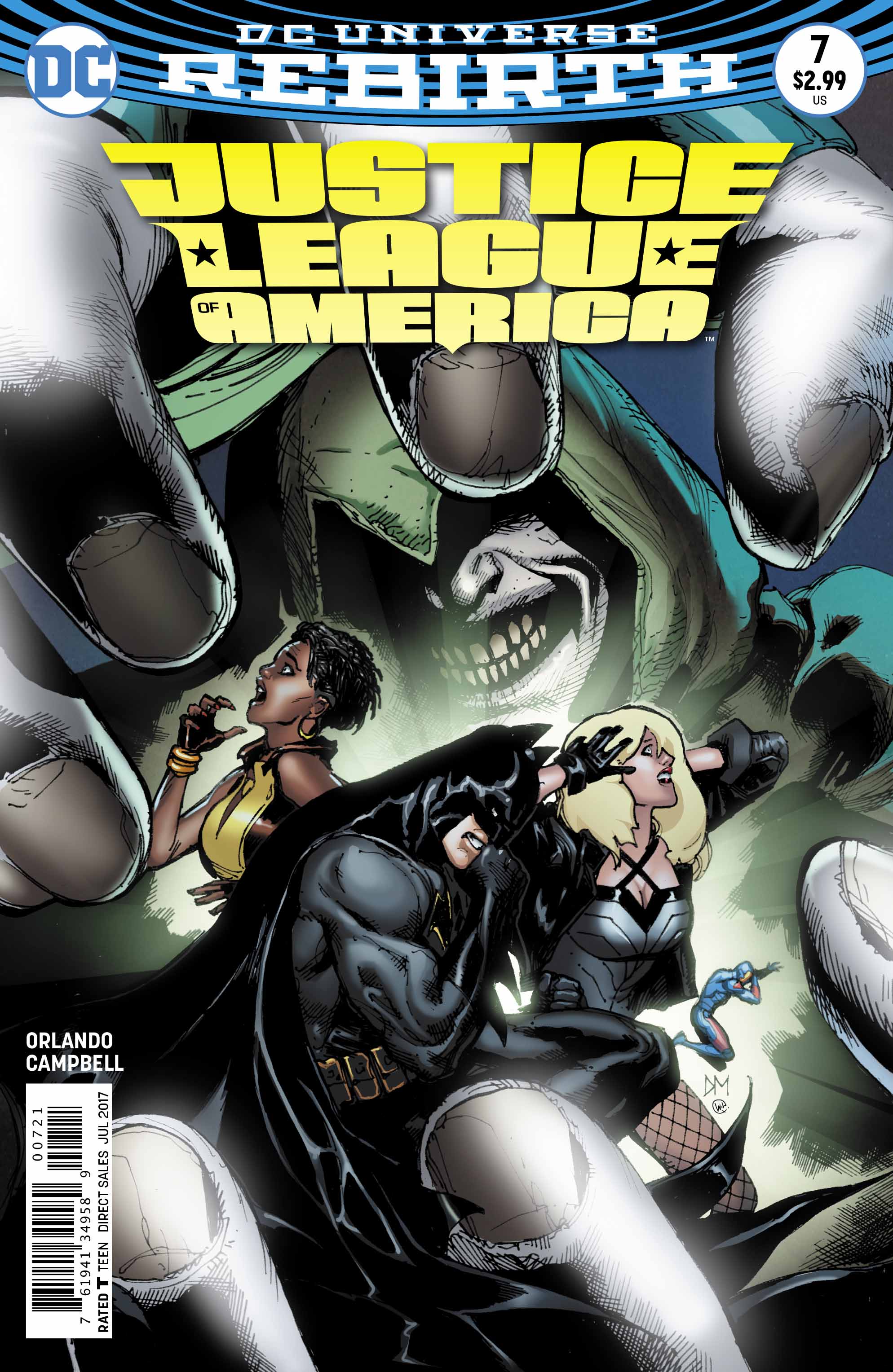 I honestly didn’t find Terrorsmith to be a great villain. Although this was just his debut and thus he would need more issues to  expand upon his character, I found his motivations to be confusing. Throughout the issue I was constantly questioning what his motivation was. When I first saw him, I thought he looked like a rip-off of the Spectre.

Aside from the amazing artwork, Killer Frost and Atom’s friendship really captivated me. I think Steve Orlando are handling their relationship very well and I look forward to how he’ll develop their friendship/relationship in future issues.

The action was solid and it was amazing to see Atom utilising his shrinking abilities in combat.

While the story fell flat and Terrorsmith made for a less than stellar villain, Jamal Campbell’s artwork and the burgeoning relationship between Killer Frost & Atom definitely helped issue #7 overcome it’s flaws. I’m sorry I just have to talk more about the artwork more. It is by far the BEST thing about issue #7 and the artwork was the main criticism I had with the previous two issues. Jamal Campbell, keep up the fantastic work!