“Ends of the Earth” Finale 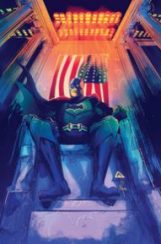 Batman is on the move to save the world. The last three issues of All Star Batman have been building to this. He’s come head-to-head with Mr. Freeze, Poison Ivy, and the Mad Hatter with each villain playing an integral part into a master plan to take out the world (surprise!). This month, he’s in Washington (hence the American flag cover), tracking down the one behind it all. Once the villain is revealed, a fight ensues, the world is saved, and we are left with a window open to the next arc.

The first 8 pages of All Star Batman are great. They’re exciting, full of action, and include true-to-character dialogue between the Dark Knight and Alfred. However, once we get the reveal of this new villain, I rolled my eyes. In case you were wondering, it’s Ra’s al Ghul. Does he seem like a perfect fit? Yes. Is it too on-the-nose? Definitely. Is the end result similar to what we’ve seen many times when these two clash? Absolutely.

I’m a fan of Scott Snyder, but kind of disappointed in this arc. Coming off of the first run, which was built around Two-Face and a number of villains, I was over the moon. Every issue was different, surprising, and the ending was perfect. Snyder nailed it. But this arc just didn’t take off in any way I was hoping. And he used familiar villains too! Last month’s issue with Mad Hatter was fantastic, but the four-issue arc just left me scratching my head a little too often. 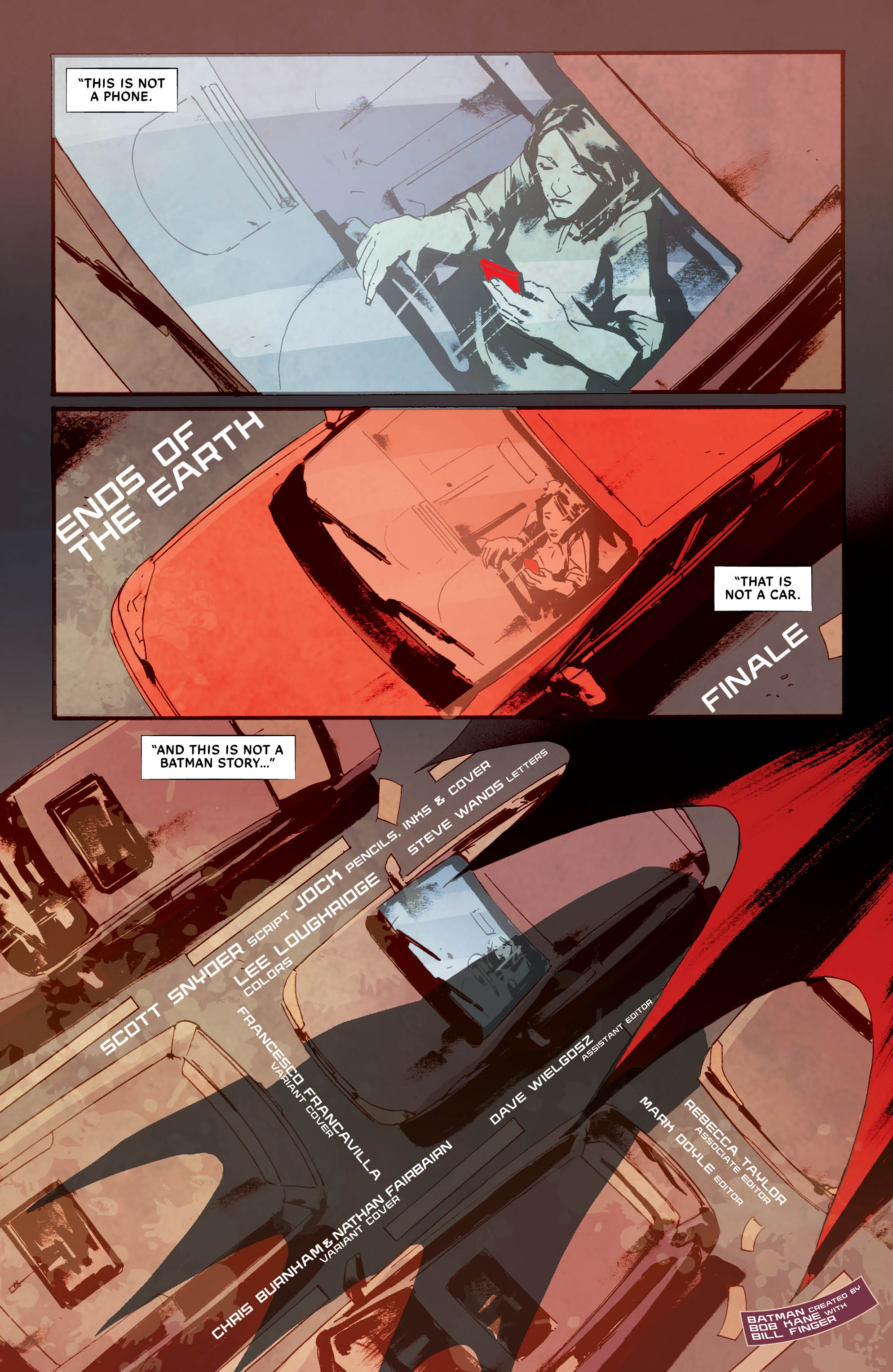 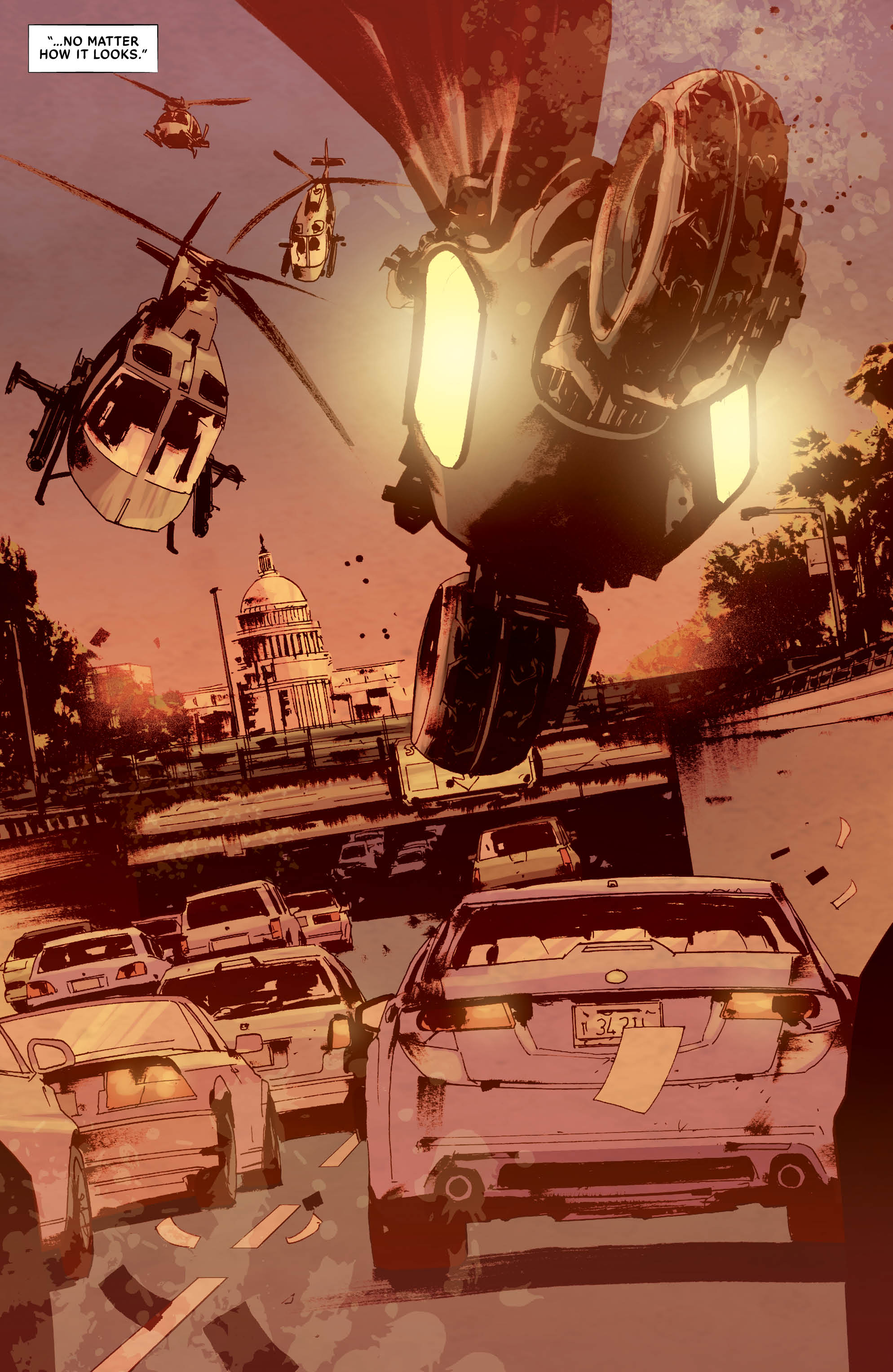 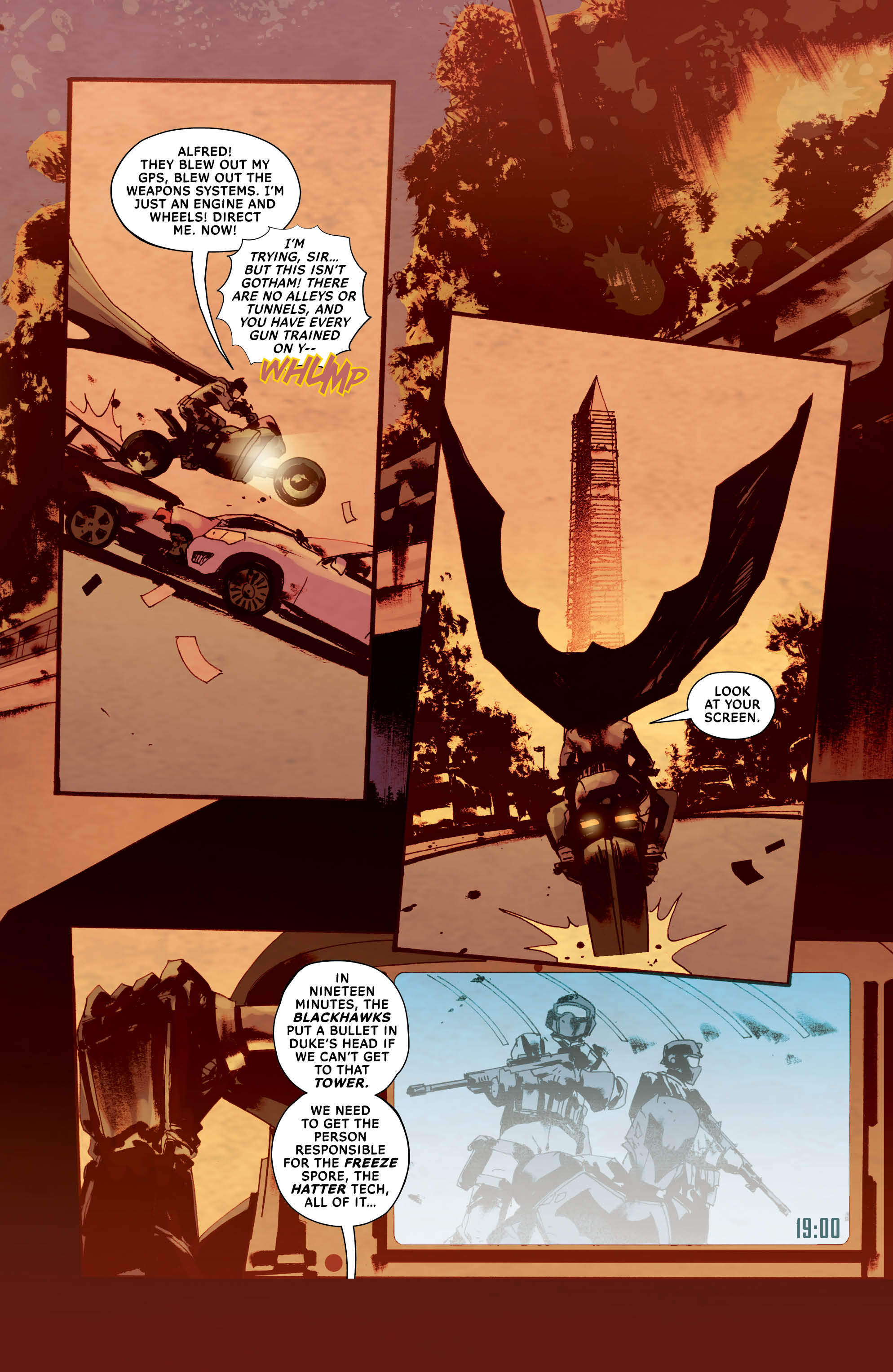 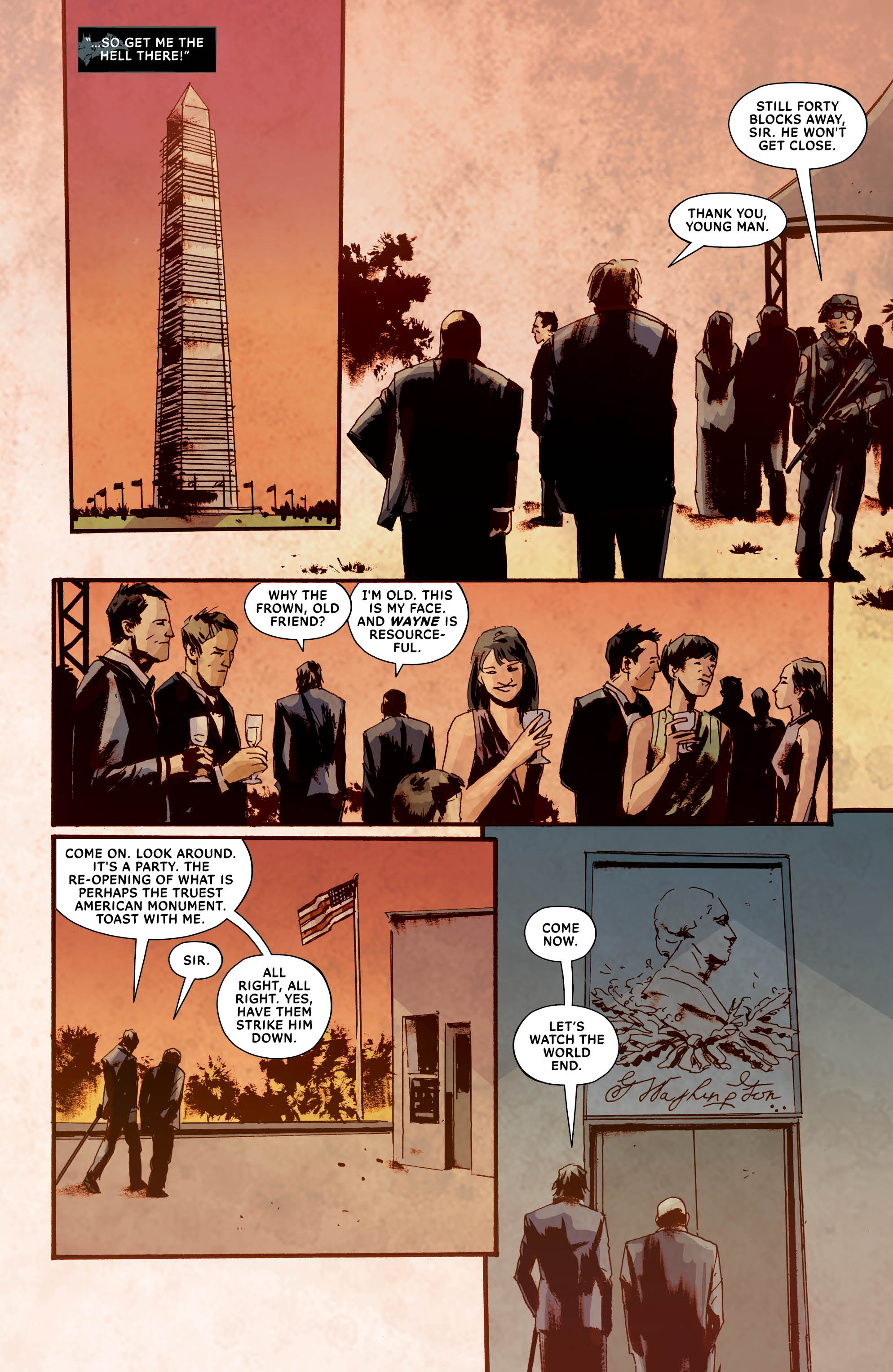 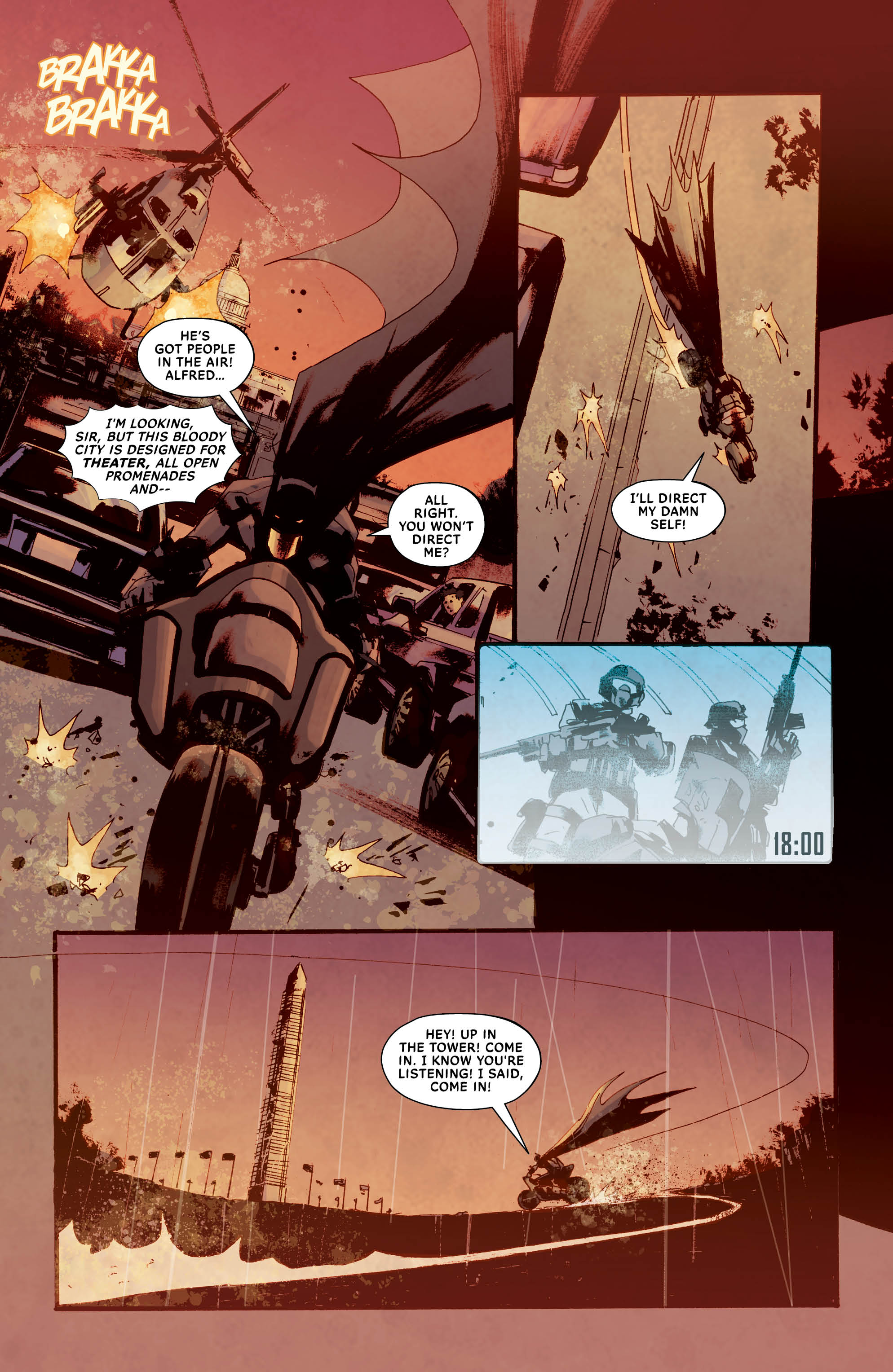 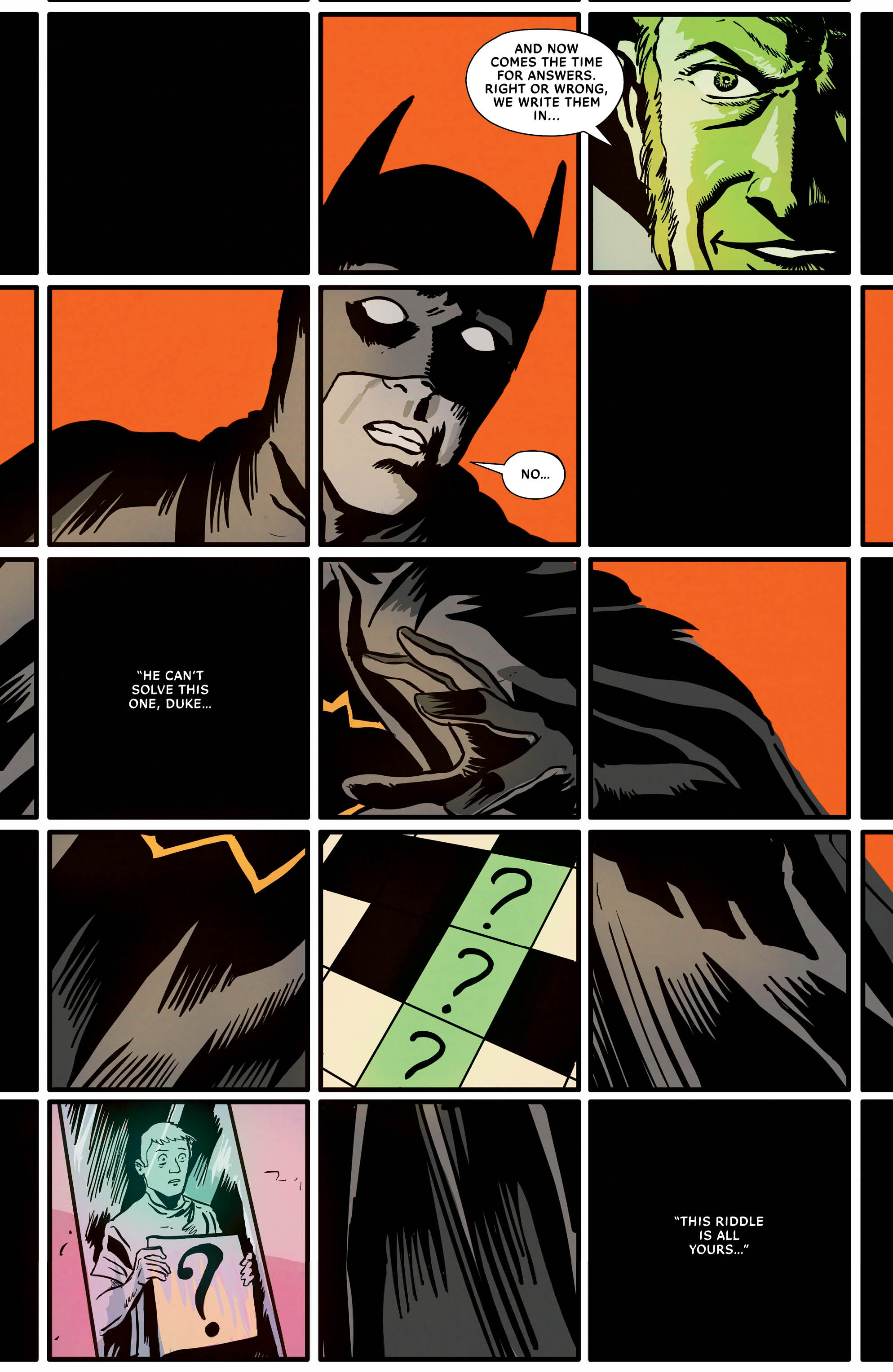 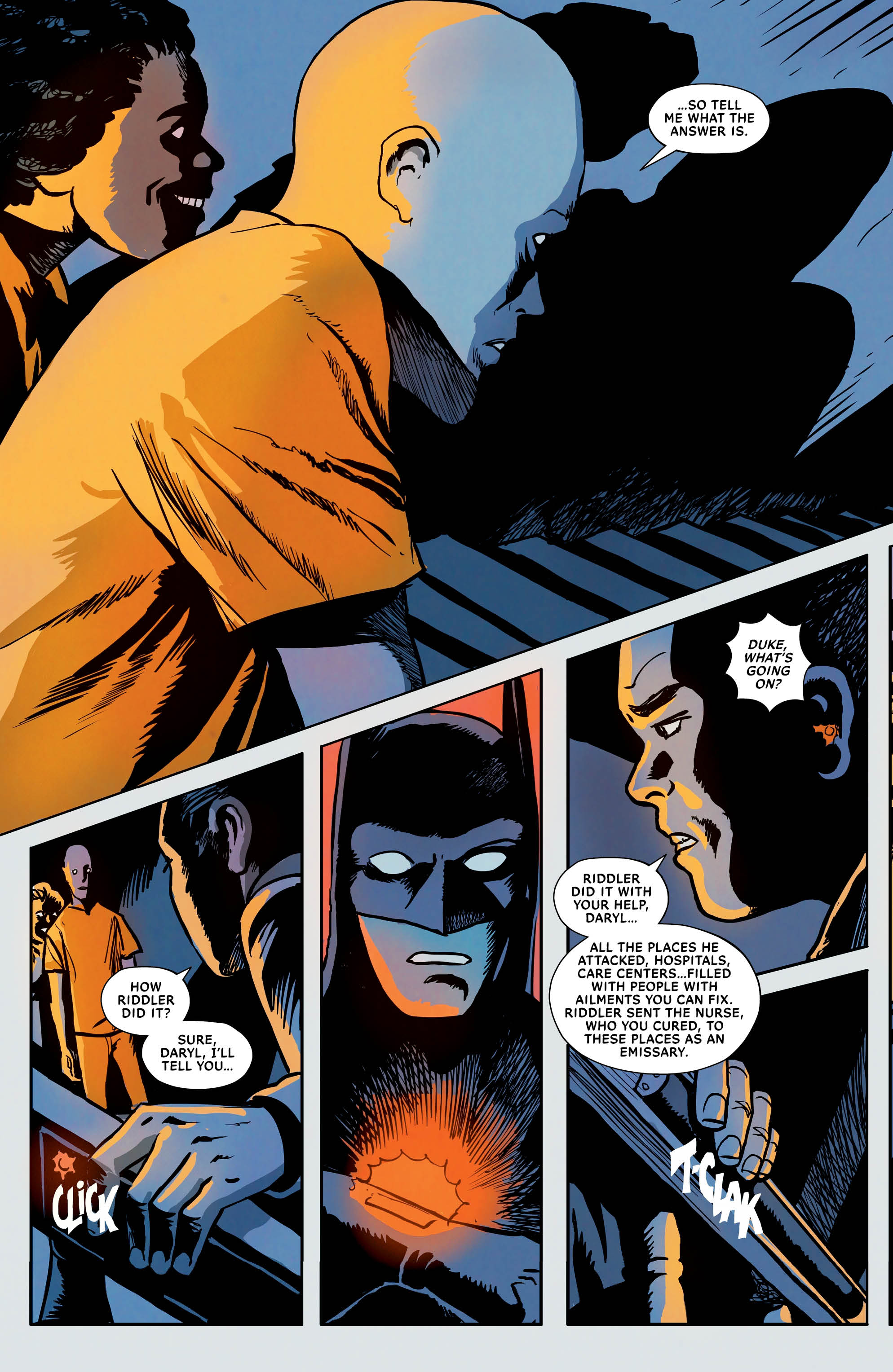 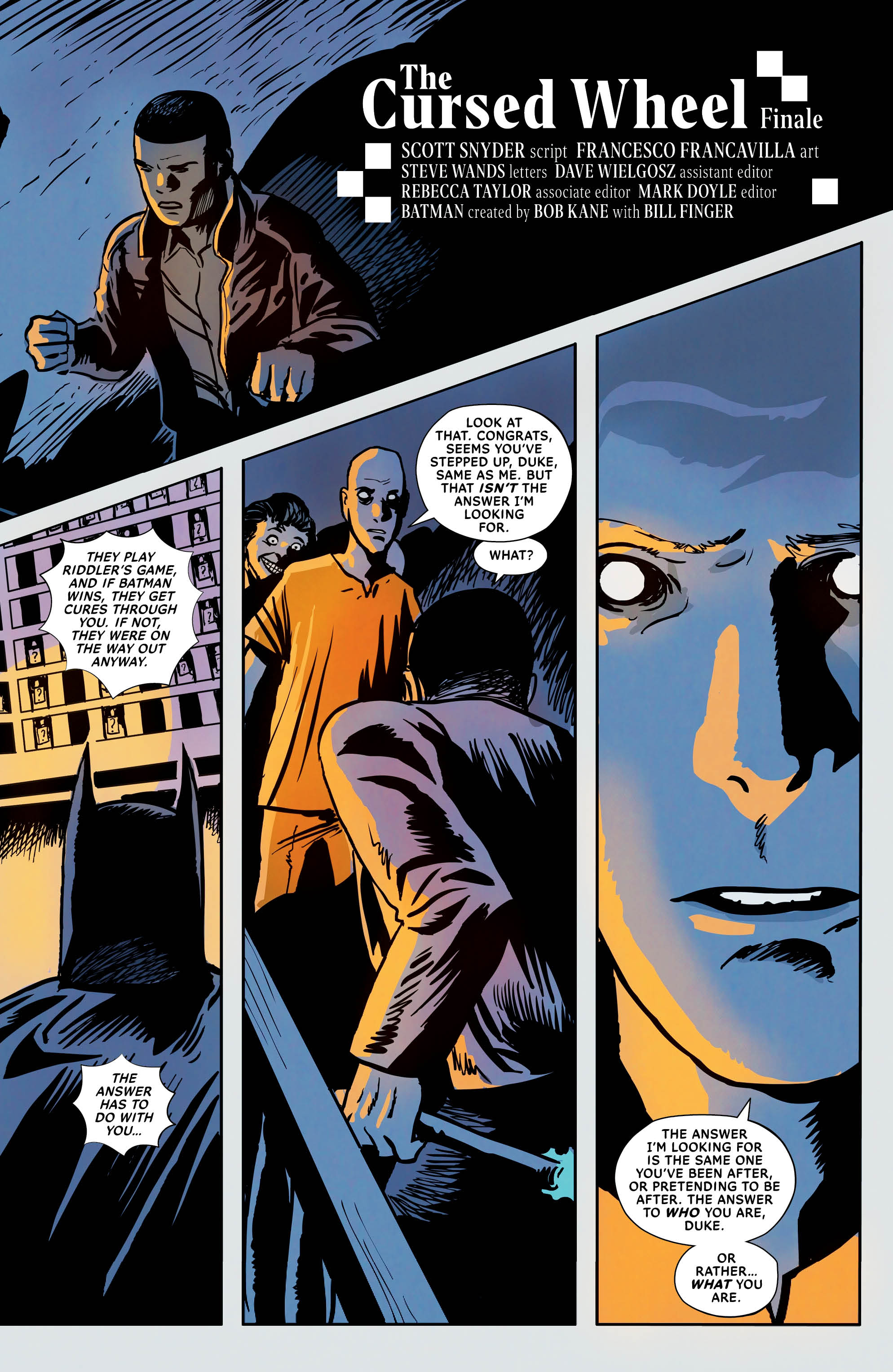 Onto the art now. Jock always delivers. He drew issue #6, which was quality, and nothing different here. If you like him, you’ll like this issue. If you don’t, then you won’t. That’s not meant in a negative way. I like Jock and I really dig his art, so I was really pleased with the look of this issue.

As for the backup story, “The Cursed Wheel” wraps up this month. I for one, am glad. I have not cared for this story at all. Francesco Francavilla’s art is top notch as always but aside from that, bleh. The whole five parts were actually summarized in one panel:

I’m sorry Scott Snyder, but I really didn’t like this backup story.

All Star Batman #9 wraps up “Ends of the Earth.” There’s some cool action, some great Batman moments, and unfortunately, a very “been there, done that” between our hero and the villain. The ending didn’t satisfy me, and I can’t say I’m as excited for the future of the book. Hopefully, I’ll be surprised.