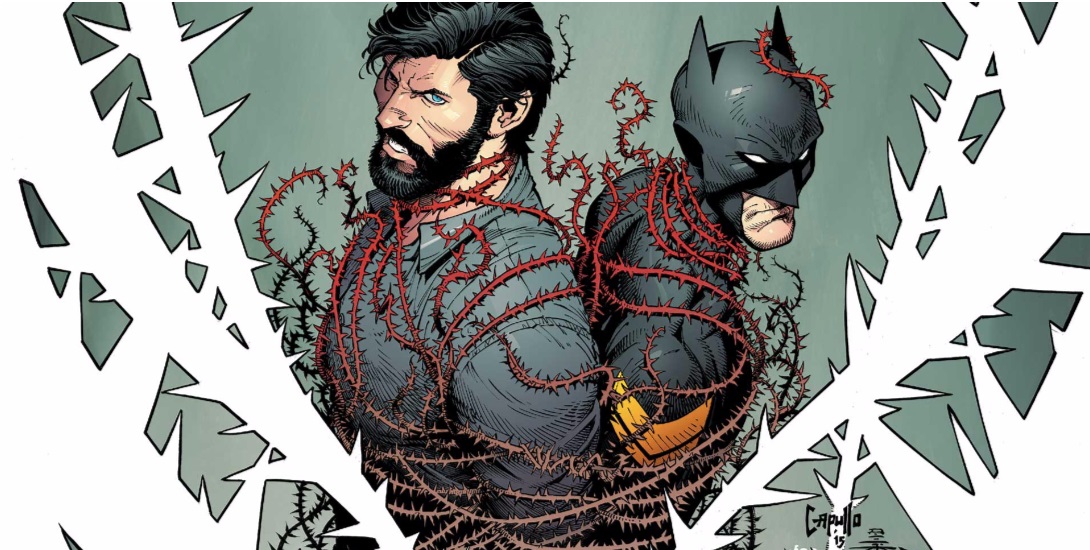 The “Superheavy” story continues this month in the pages of Batman. We pick up right where last month’s issue left off where Mr. Bloom crashes in on an important announcement from Gotham City Police and the Batman. Blood is shed, Batman arrives, the villain is trapped but then busts free. Meanwhile, Bruce Wayne is stepping up his game and is looking for an engagement with his gal pal Julie Madison. Gordon’s Batman firing is then put on hold as he heads out to take down Mr. Bloom at a warehouse but not all goes as planned.

We’re another month closer to the real Batman returning. That’s how I am reading “Superheavy”. I love the work of Scott Snyder and Greg Capullo; I’m just not interested in this story that much anymore. At first, it was intriguing with Bruce living a normal life, looking ahead at a possible future with Julie and Gordon getting himself trained to be a suitable Dark Knight. Five issues into this story (not counting #44), and I don’t feel like we’ve really progressed anywhere. I’m starting to get impatient and can’t just enjoy this story. On a positive note, for the first time Mr. Bloom seemed like a credible threat. His shiftshaping is mysterious and I’m somewhat interested to see how he’s able to turn into Stretch Armstrong. I can also appreciate that we are getting something from Bruce that hasn’t really been brought before: a Batman-free life. However, Bruce Wayne is Batman so that sentence alone doesn’t do much for me.

Overall, it was a better issue than last month but that’s not saying a whole lot. It’s a Batman comic without the real Batman.