With the Suicide Squad gaining major exposure on the hit TV series Arrow and the animated movie Batman: Assault on Arkham, not to mention a major motion picture hitting cinemas in August of 2016, DC has decided to go an ambitious and unexpected route following the Convergence event. When the ongoing comic book series New Suicide Squad resumes with issue #9, expect a radical lineup change.

The Suicide Squad itself normally has its mainstays we all associate with the group such as Deadshot and Captain Boomerang with Harley Quinn recently becoming synonymous with Uncle Sam’s unspoken trigger fingers. When the series relaunched with “New” in the title last year, wildcards like Deathstroke and the Joker’s Daughter also joined the ranks.

Things will heat up this summer when Amanda Waller employs a new staff consisting of the Parasite, Black Hand, Poison Ivy, the Reverse Flash, and Talon. They really culled together an odd bunch from across the DC Universe, didn’t they? Check out the image below that is circulating in New 52 books this week. (Click to enlarge.) 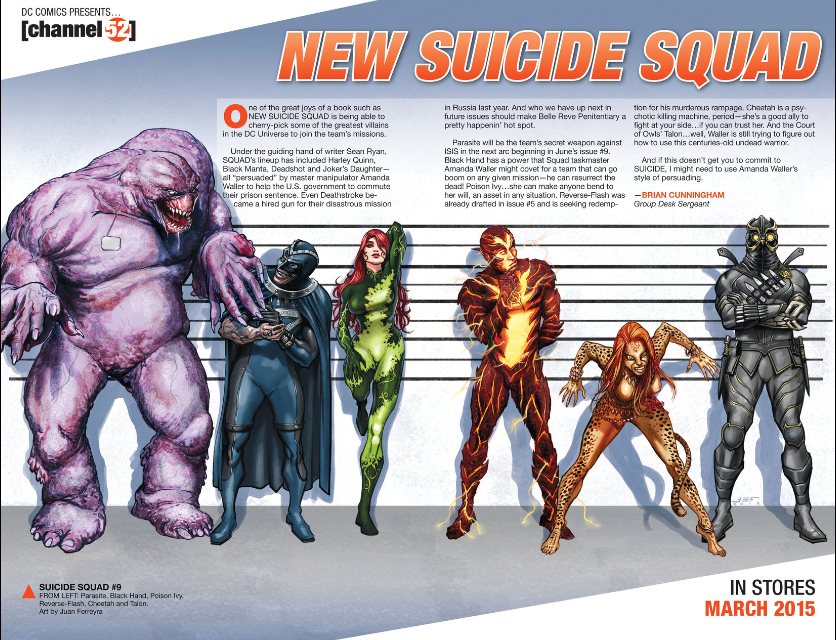 Evolution of the Cinematic Batman