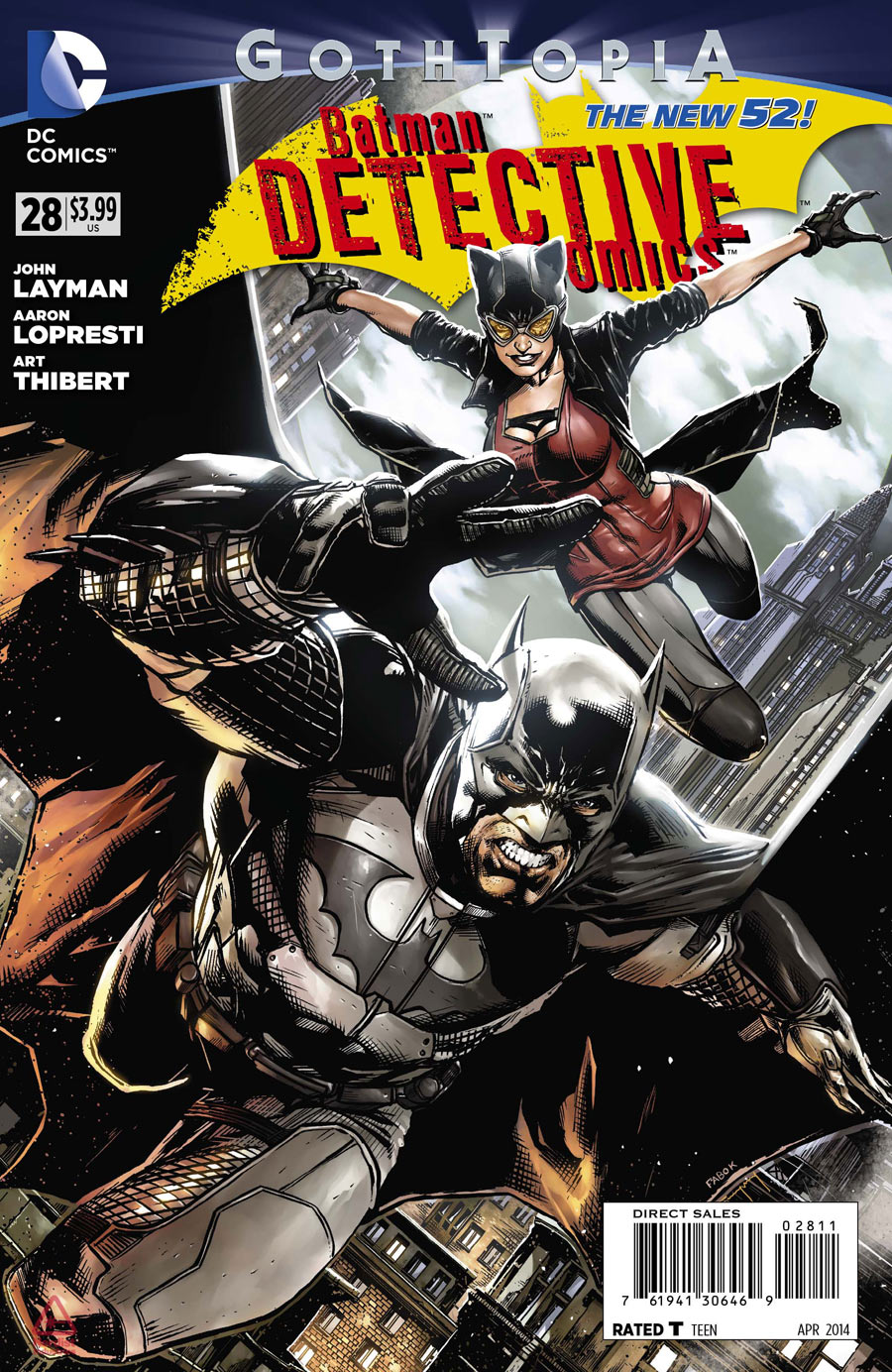 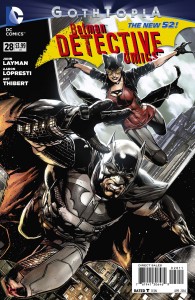 This issue is the second installment of the three part arc “Gothtopia”, which will conclude John Layman’s run on Detective Comics. I must say this story pleasantly reminds me of Batman: The Animated Series episodes “Perchance to Dream” and “Dreams in Darkness”. We join Batman in his cell at Arkham Asylum, which is now run by Jonathan Crane AKA The Scarecrow. Not only that, top members of his staff include Harley Quinn, Mr. Freeze, Merry-Maker, and Professor Pyg. Having Killer Croc switch roles with guard Aaron Cash was an amusing touch.

If you don’t know why Batman is in a cell at Arkham, I suggest you go back and read the masterpiece that was Detective Comics #27. In short, he was willingly captured once he realized Gotham was under some kind of mass hallucination. Once inside, he puts his plan into action. Before doing so, he gets a visit from Selina Kyle/ Catbird. I found that particular scene to be intriguing because she asked him why he can’t “give in”. From that I inferred she figured out it was all a hallucination, but was content to have a happy existence at Bruce’s side.

Much of the book is spent with Batman acting as the tactician with laser precision that only he is capable of being. Watching him bypass security systems and silently take down guards will bring a smile to any Bat-fan’s face. Fans of the Arkham games will have a hard time resisting switching on their Detective Vision due to force of habit. Also, if you’ve wanted to see Batman forge an alliance with Poison Ivy out of necessity, it happens here. The books ends with a simple, yet very interesting cliffhanger that has me eagerly awaiting Layman’s finale.

It’s worth noting that this book’s interior art is provided by Aaron Lopresti, who has collaborated with Layman on recent projects. I like his style and think he did a very good job. All you Jason Fabok fans will at least be happy to know that he provided cover art. Just know that’s the last you’ll see of him on Detective for the foreseeable future because he’s hard at work on the upcoming weekly Batman:Eternal. Regardless of whatever artist worked on this, I highly recommend picking up this issue if you’ve enjoyed Layman’s run or are looking for a Batman story that’s a bit “different”. Score: 8/10.