The DCU Gets a Piece of the Rock 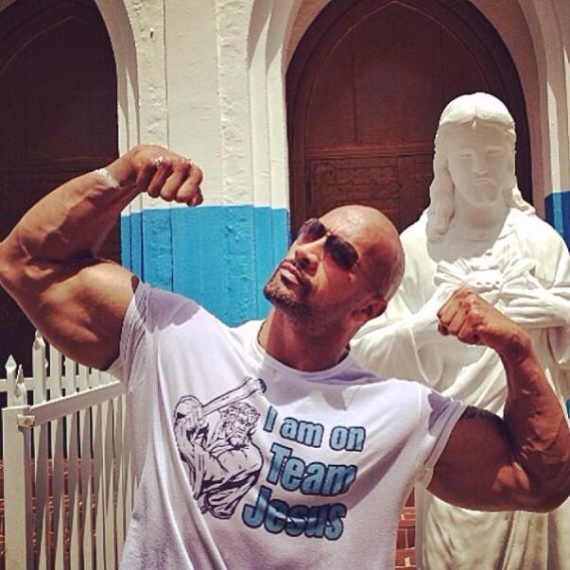 Looks like the cinematic DCU is going to get a piece of the rock. By rock, I mean Dwayne Johnson aka “The Rock.” The former WWE Champion, Fast and Furious star and upcoming son of Zeus confirmed a meeting with Warner Bros via his Twitter account. 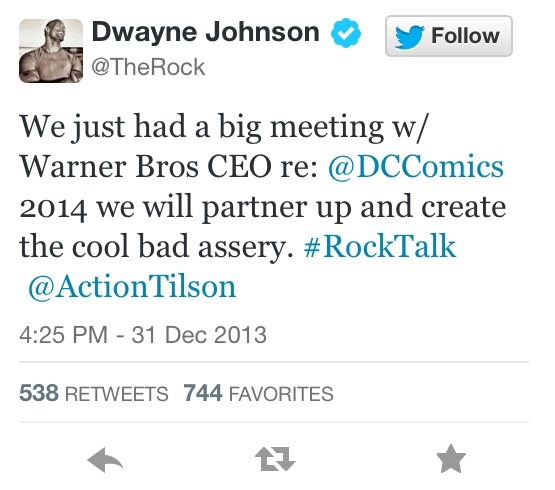 Does this mean another addition to the cast of Batman vs. Superman that already includes Henry Cavil (Superman), Ben Affleck (Batman) and Gal Gadot (Wonder Woman). Could this be for another DC property? Johnson has been connected over the past several years to both Black Adam in a Shazam film as well as Lobo. The twitter post definitely seems to infer a villain role. Let the speculation begin what role he will play.
Rumors are already mentioning Lex Luthor, Doomsday, Bizarro and Darkseid.
Answers to this and other questions surrounding one of the most anticipated movies of the past decade should be answered soon.
Pre-production is under way and principal shooting is set to begin in February of 2014.
Batman vs. Superman (Man of Steel 2) will be directed by Zack Snyder, based on a screenplay by David Goyer, releases in July of 2015.
Source: Screenrant 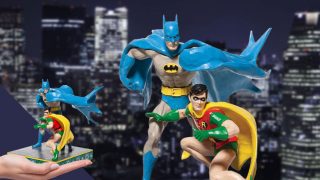 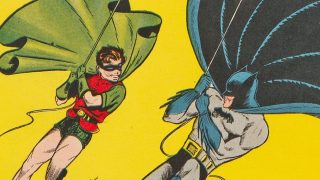