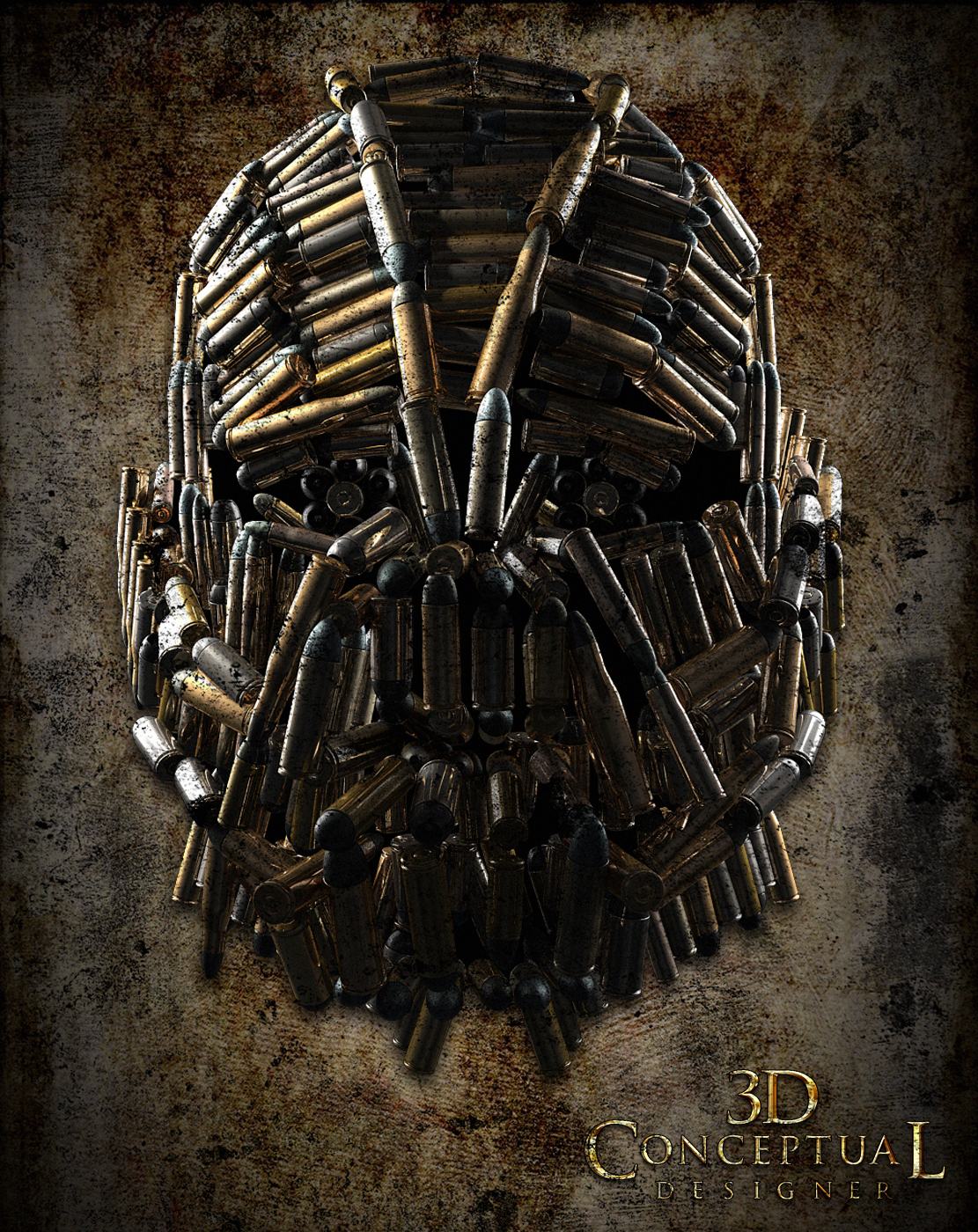 Some unused and never before seen The Dark Knight Rises posters in 3D. What kind of posters were going to be used to promote the movie? Click the jump to see more.

Of course, there are some unused posters laying around but would have they been appropriate for marketing? Warner Bros. had planned to show off some animated one-sheets by Thom Schillinger who is great at animated posters. Schillinger sculpts Bane’s entire head out of firearms in one poster and in another Bane’s head is sculpted out bullets and another in words. Truth be told, audiences would have been thrilled to see these posters. Hell, the movie would have been good to see in 3D but, Christopher Nolan (director) stuck with integrity and shot the movie in IMAX.

However, if people saw the 3D posters around movie theaters. Regular movie goers who did not keep up with The Dark Knight Rises updates. Would have assumed that the movie would be available in 3D. Anyway, Schillinger did a great job at the animation one sheets and  you can see them below.