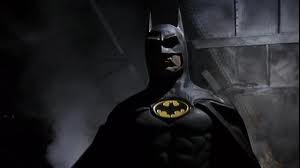 Over at Screen Rant they posted a story where Michael Keaton sat down and talked to Marc Maron WTF podcast . Keaton opens up about how he had tried pitching an origin story for a third Burton film back before Chris Nolan did the origin story in Batman Begins . He talks a little on his past work through his career as his stand-up career among many other things and even talks about how he even got into being the Batman on Tim Burton’s films .

“The guy who’s doing them now, Chris Nolan, he’s so talented, it’s crazy. [Christian Bale] is so talented. It’s so good. But I say that like I’ve seen them, and I actually haven’t. I didn’t even see much of the second one that I did.”

“You look at where he went, which is exactly what I wanted to do when I was having meetings about the third one. I said you want to see how this guy started. We’ve got a chance here to fix whatever we kind of maybe went off. This could be brilliant.”