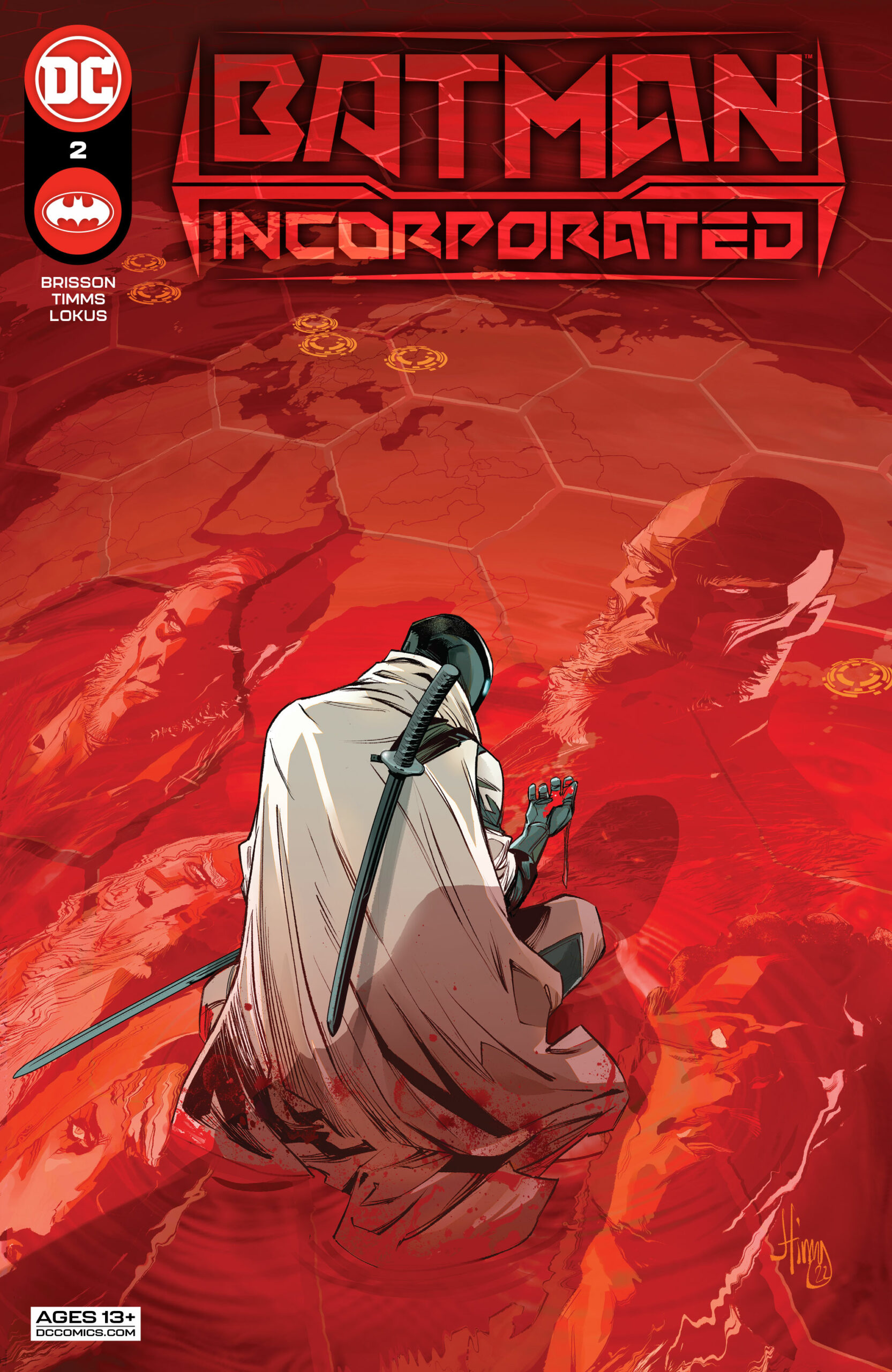 Batman Incorporated #2 had me scared in 6 different languages. Was this going to be a disappointment after a great first issue? Or would it level up?

Last issue we learned that someone’s been murdering Batman and Ghost-Maker’s former mentors, with the prime suspect being Ghost-Maker himself. The sooner this series has the characters acknowledge that the leader of this new team isn’t the series’ big bad, the sooner we’ll be able to enjoy it.

If… capital IF, Ghost-Maker is the killer, that will be a good twist. Not good news for him as a new member of the Bat family, but hey! Take that argument up with Luke Fox! 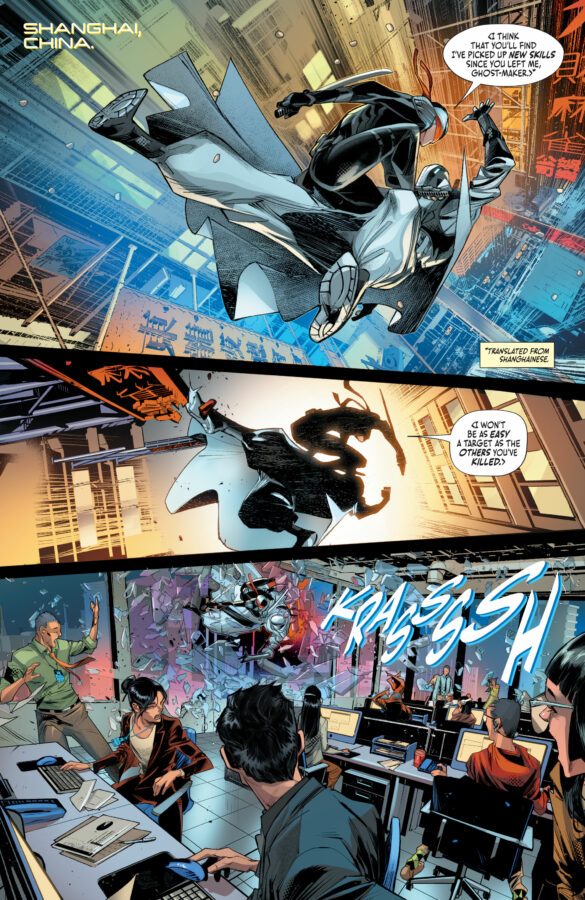 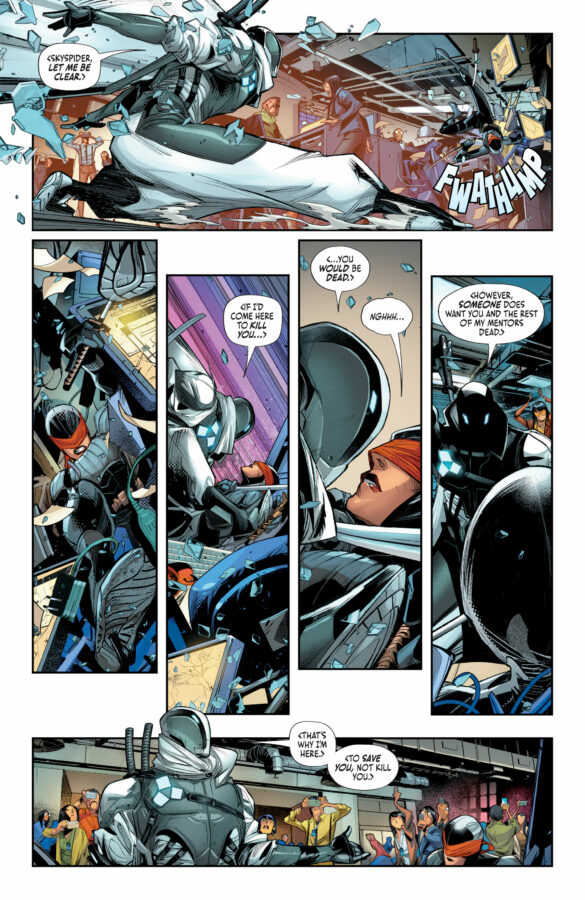 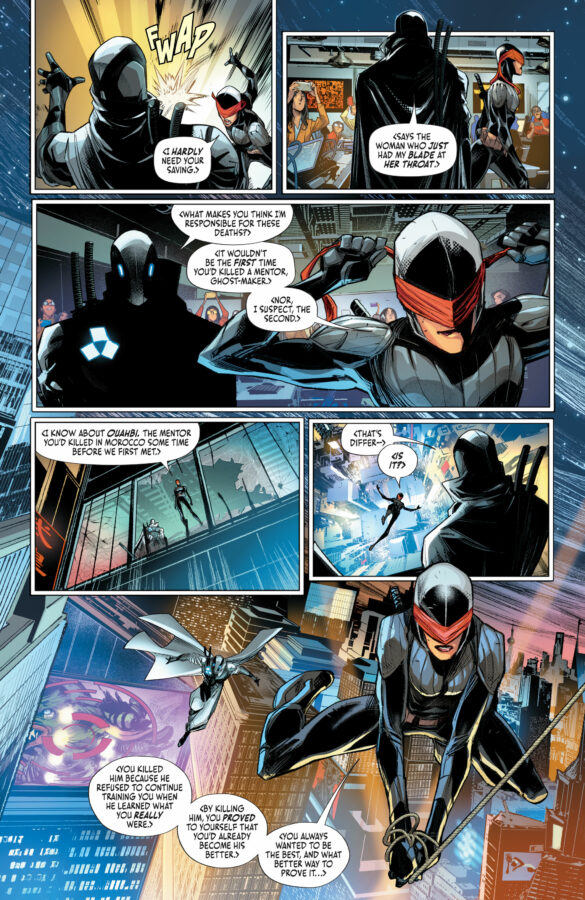 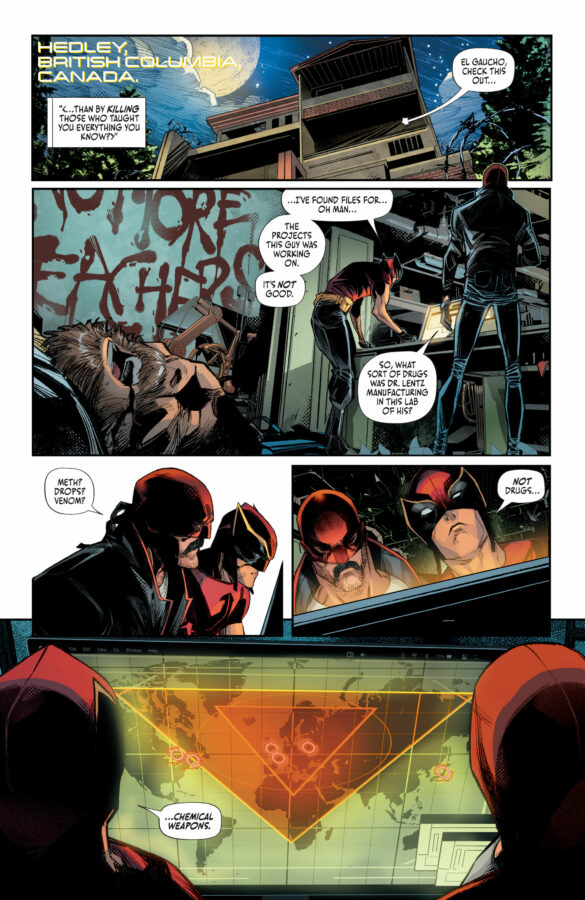 Our story starts where we left off last time, Ghost-Maker’s tracked down another former teacher, Skyspider* and they are doing the rooftop dance we know so well. Once the two finally talk, we get the first instance of the same conversation that will be repeated on almost every page of this issue. “Ghost-Maker, you’re the killer!” – Everyone. “No, I’m not!” – Ghost-Maker. “You’ve killed before!” – Everyone.

I understand that having murdered people in the past is something quite difficult to ignore, I do, but Batman put this man in charge of this team. Batman. The World’s greatest everything. Have a little faith, people!

The team’s divided to try and cast a wider net to either catch this assassin or protect potential victims. Good idea? … naaah! Let’s hope they all survive the experience. Also, kudos to the writers for having one character who shows some sense. The same character also uses Kilometers instead of miles. It’s a small detail, but I appreciated it.

There’s Always Someone Behind You

This issue has two things that occur more than 3 times. One: Someone accusing Ghost-Maker of being the killer. Two: Someone being surprised by someone appearing behind them unexpectedly. It gets to the point when you’re never expecting anyone to finish their sen…

Glass smashing! That also occurs a lot… but, hey it’s a Batman title, glass is the friend of the dramatic crime fighter. 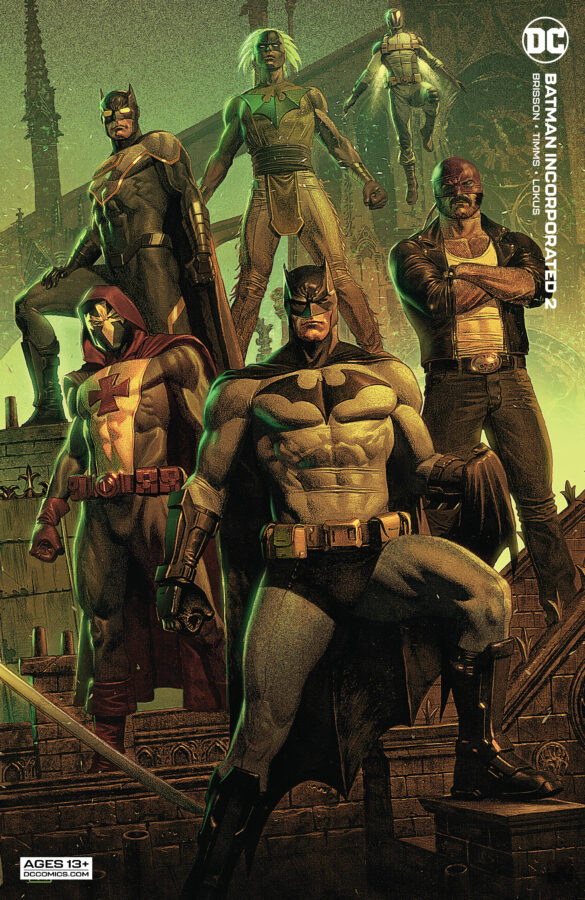 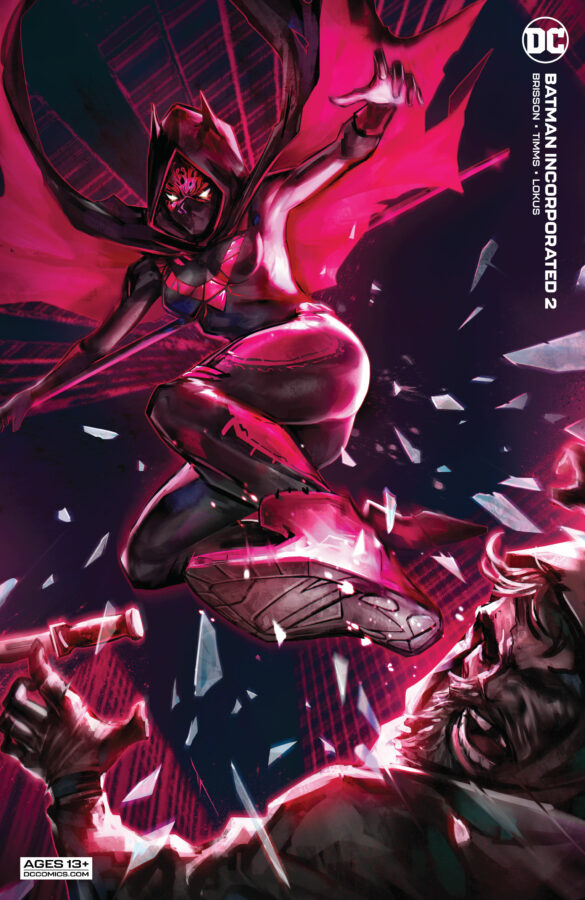 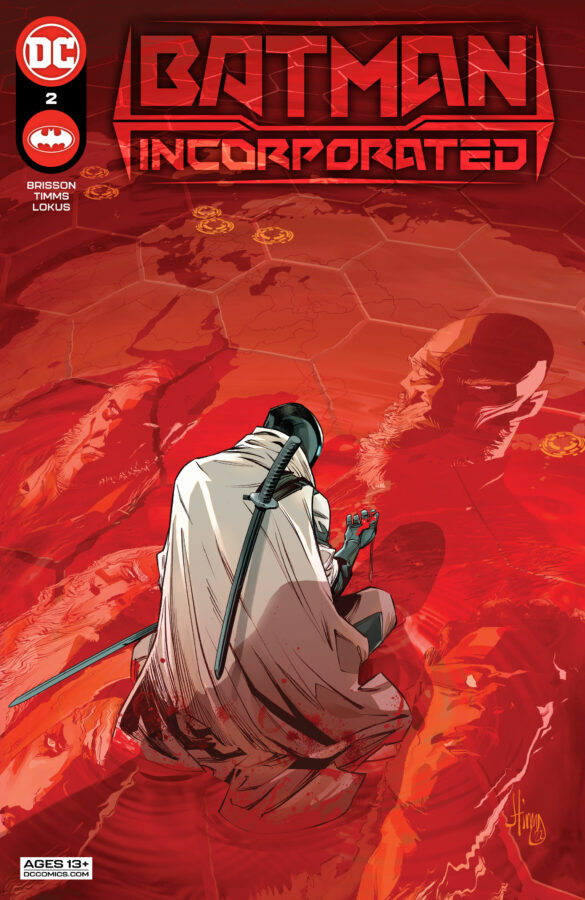 The art in this issue was great, although I’m worried that people are going to buy a book that has variant covers featuring Batman despite him not being in the book. The writing was just a little give and take, partly due to all the repetitive elements, but overall, I still really enjoyed it. I’m sure we’re still finding our footing with the series, and that it will really start to find its feet by next issue.

Batman Incorporated #2 was an enjoyable, if not a little flawed book to read. The story’s interesting, the new characters have charm, and it ties into other titles. What more could you want?

*Note from the nerdy reviewer: Read Batman: The Knight for a deeper understanding of this book -J.A.

Thought Bubble 2022 Will Wipe Away the Winter Blues