“I Hear the Monsters Singing” 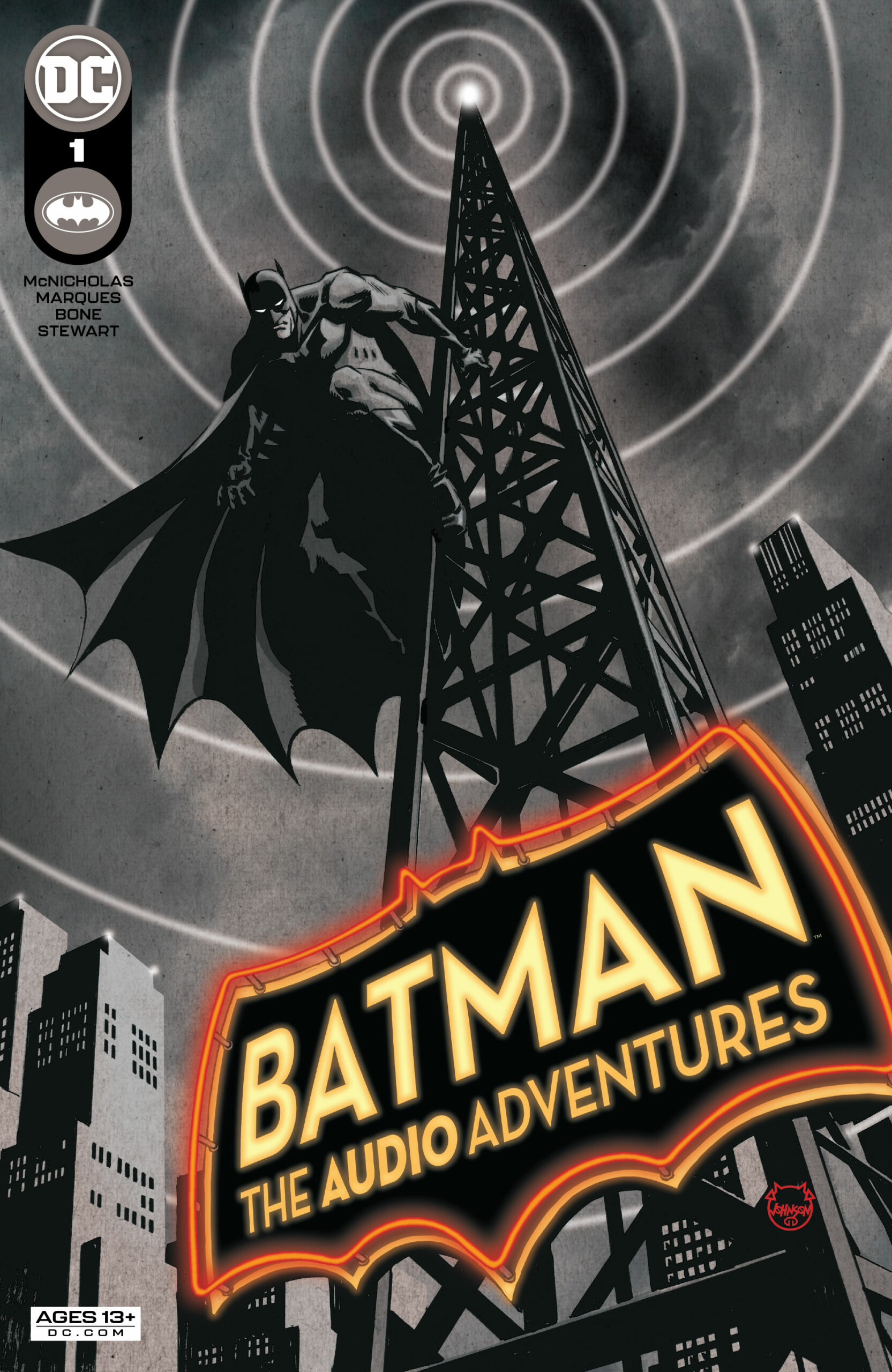 Batman: The Audio Adventures #1 is a perfectly perfunctory comic, but lacks a compelling narrative hook to rise it above mediocrity.

The comic serves as a tie-in for the podcast of the same-name. There’s plenty of fun stuff about the comic; the art’s fun and light, a stark contrast to the grim and gritty look in the mainstream Batman comics. 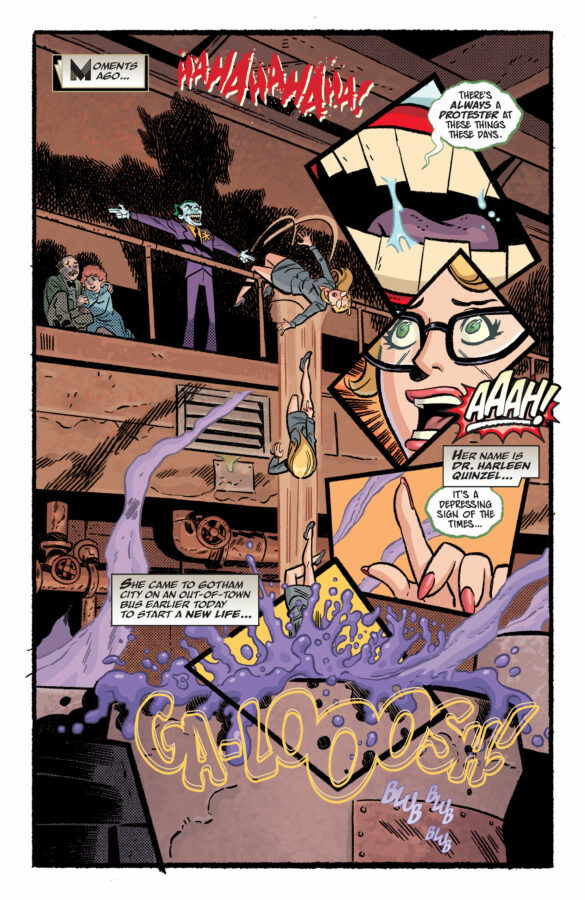 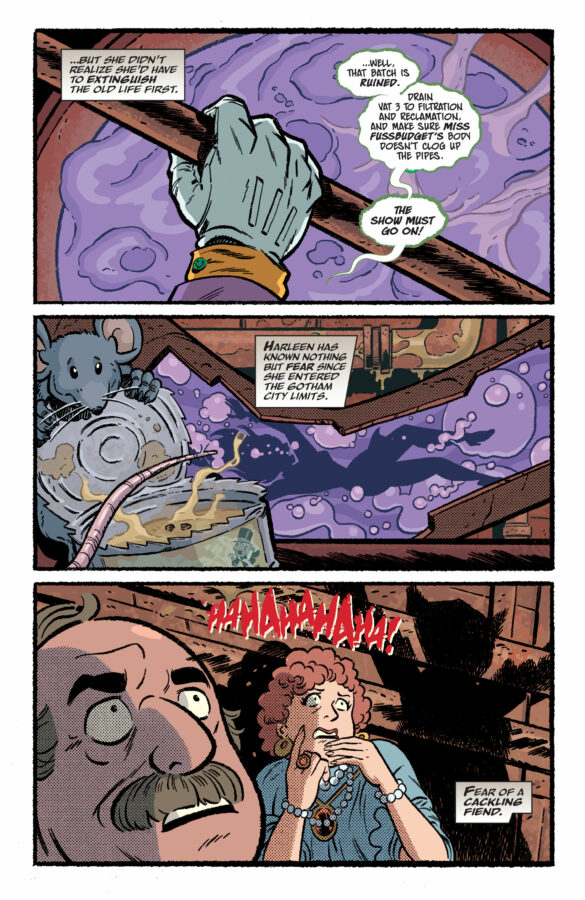 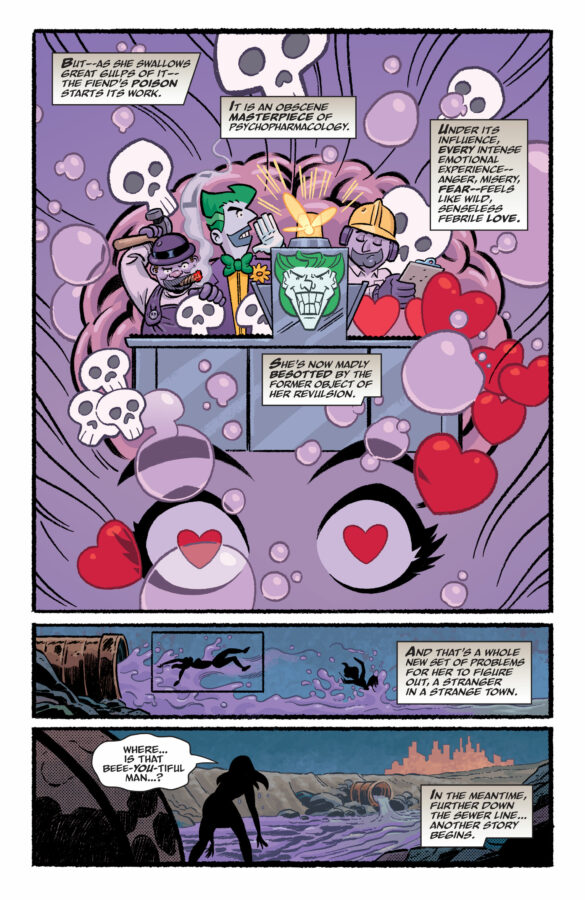 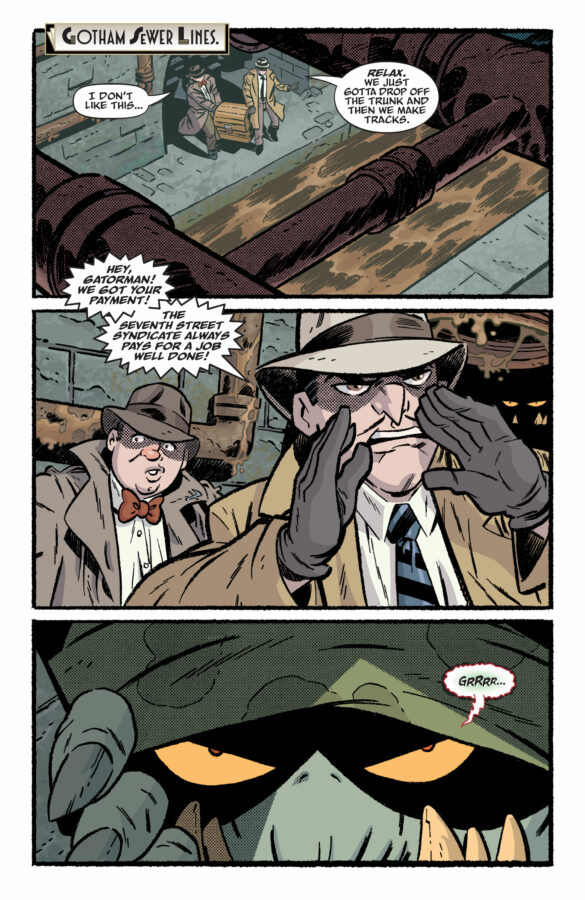 Anthony Marques’ cartoon-y art style sets the breezy tone that is similar to the podcast. His line work’s bold and appealing, and also has good range where we can see creepy foes, like the Demon Brood or a silly version of Killer Croc.

The main plot also hints at going in an interesting direction. We get a glimpse of Ra’s al Ghul’s plan for Batman and it seems to be a little different compared to what we’ve seen of the Batman and Ra’s relationship in the past. On the other hand, most of the other plots involving the Joker and Killer Croc feel pedestrian at best.

The Killer Croc subplot in particular elicits a very muted response. It doesn’t seem new or exciting, instead it feels like typical villain behavior. There’s probably more going on, but the comic doesn’t make it clear yet. One hopes that these disparate threads will be tied together in some way. For now, they seem random and disconnected with one another. 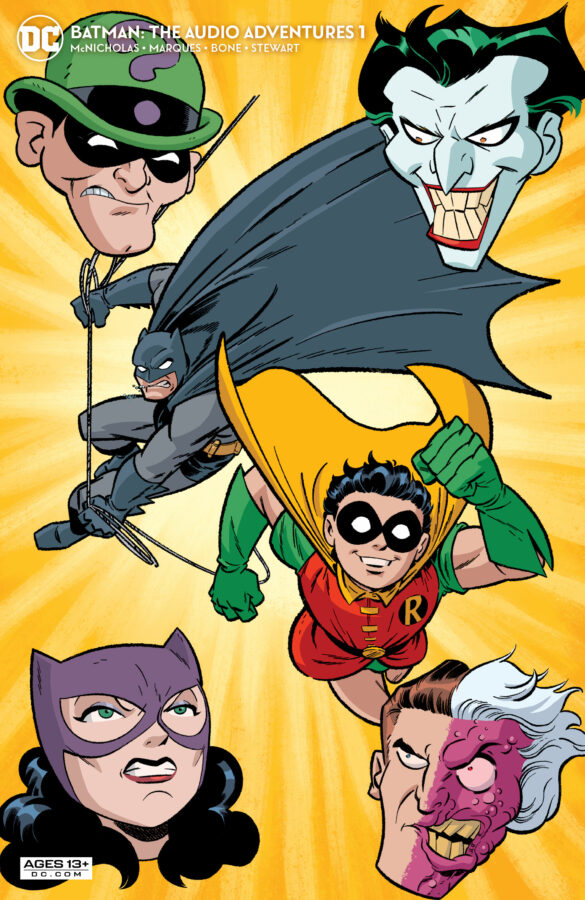 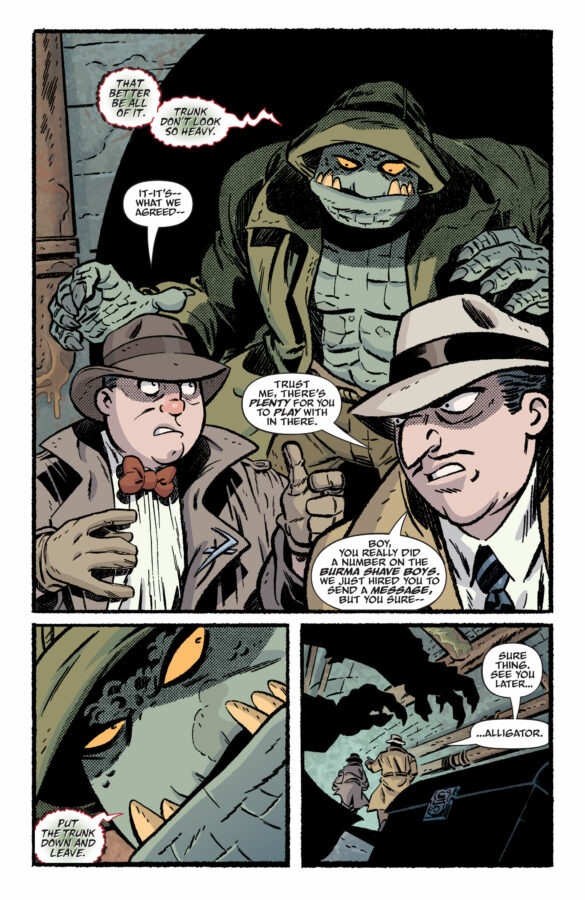 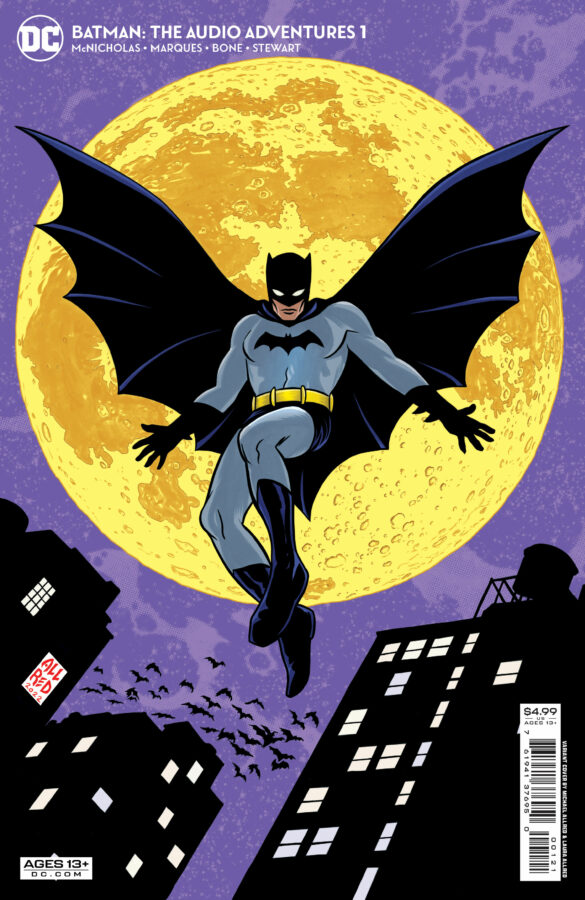 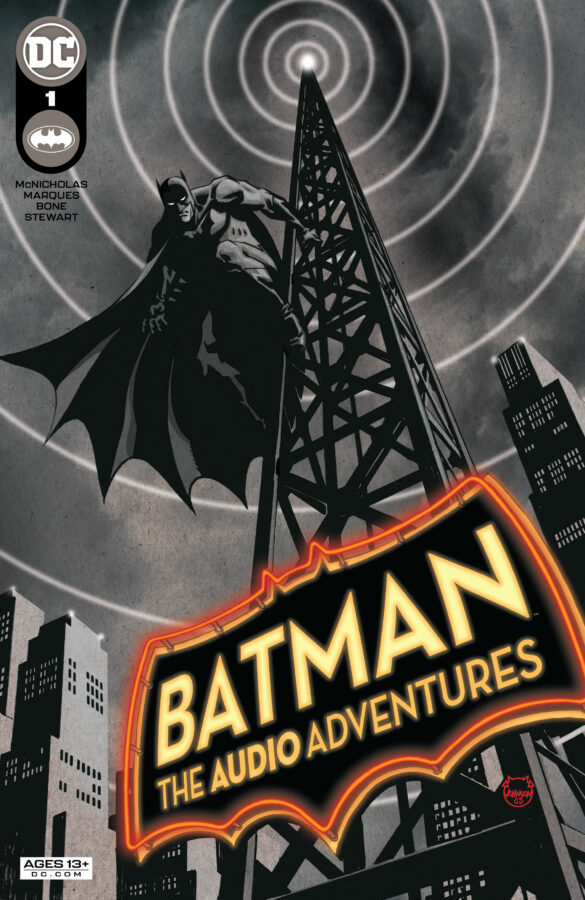 Normally, a strong narrative style can help bolster a mediocre plot. Unfortunately, the book’s humorous tone isn’t really hitting the comedic mark either. The witty exchanges typically seem long and drawn out, as if the story the needs to explain the joke. Here, the comedy aspect is limp.

Overall, Batman: The Audio Adventures #1 shows some storytelling potential, but is hampered by middling subplots and a weak comedic tone.