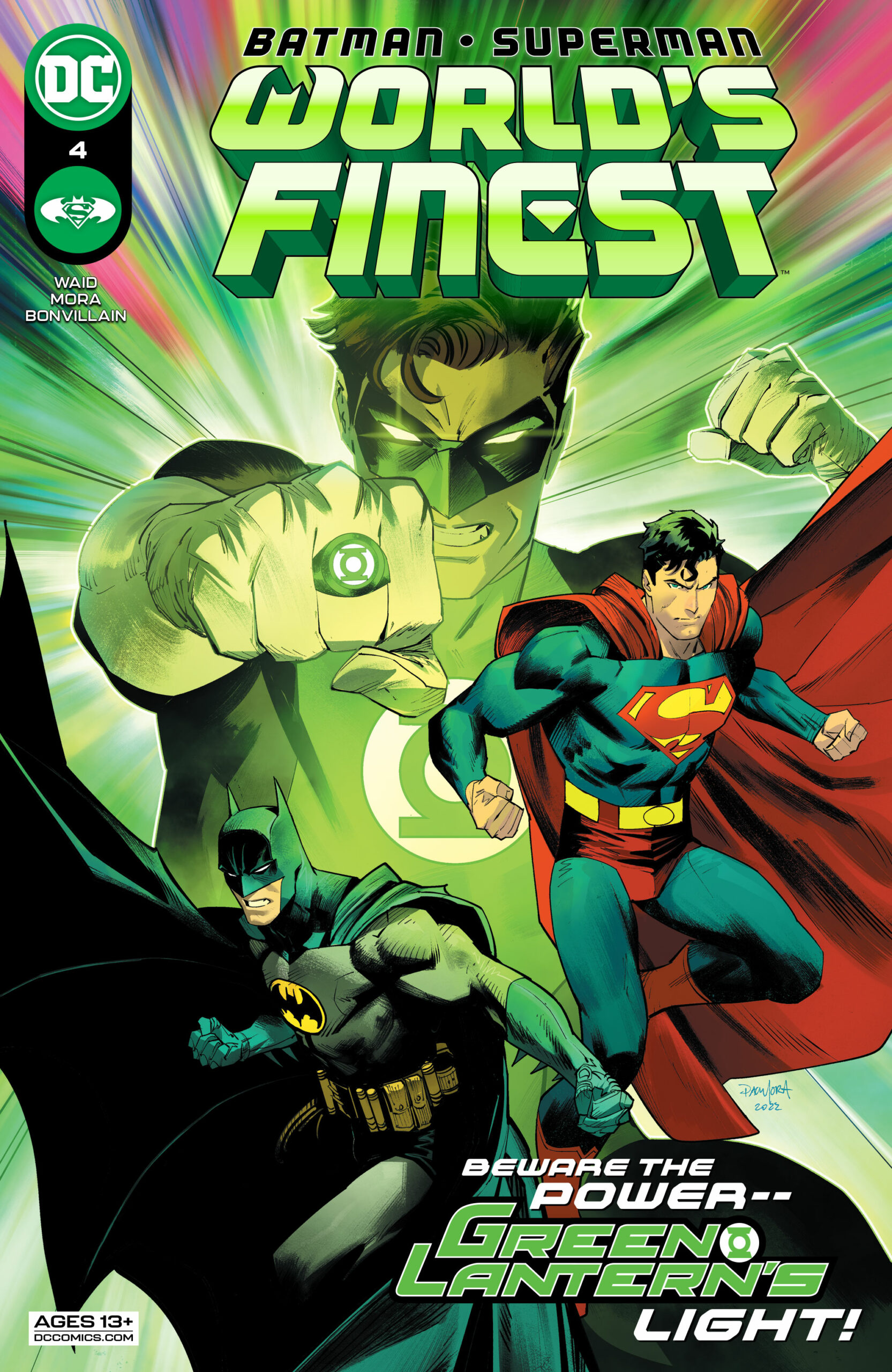 The World’s Greatest Detective and the Man of Steel square off against the Emerald Knight, in this week’s bonkers Batman/Superman: World’s Finest #4.

An ancient Chinese demon named Devil Nezha has escaped his magically sealed prison and is now gunning for world domination. However, he has to contend with the likes of Batman and Superman. So what does the Devil do? He possesses their friends. Specifically, he’s taken over the mind of Hal Jordan, and it’s an all-out slugfest between the three heroes.

Elsewhere, Robin and Supergirl have time-traveled back to ancient China to learn how the Devil Nezha was defeated initially; however, their return home is bumpy, to say the least, putting one of the two heroes in great peril. 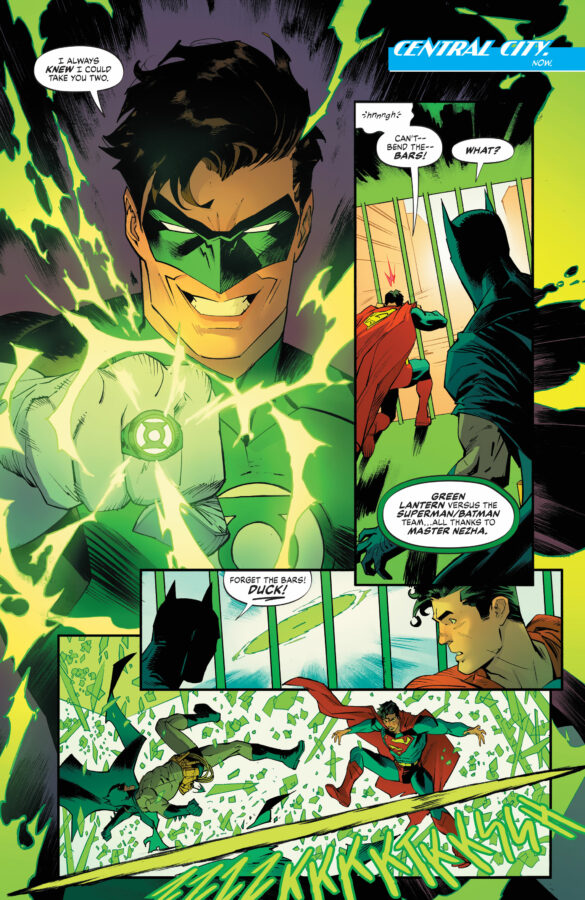 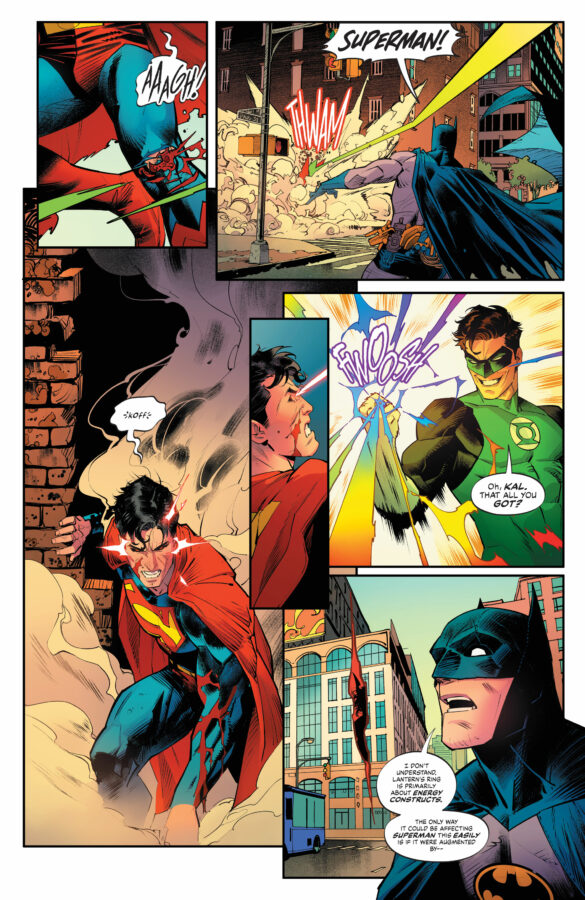 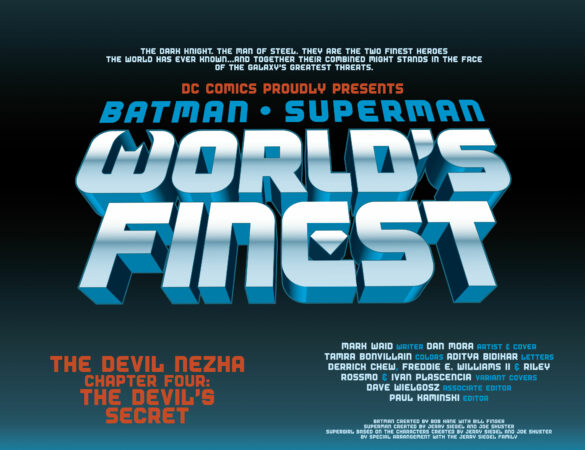 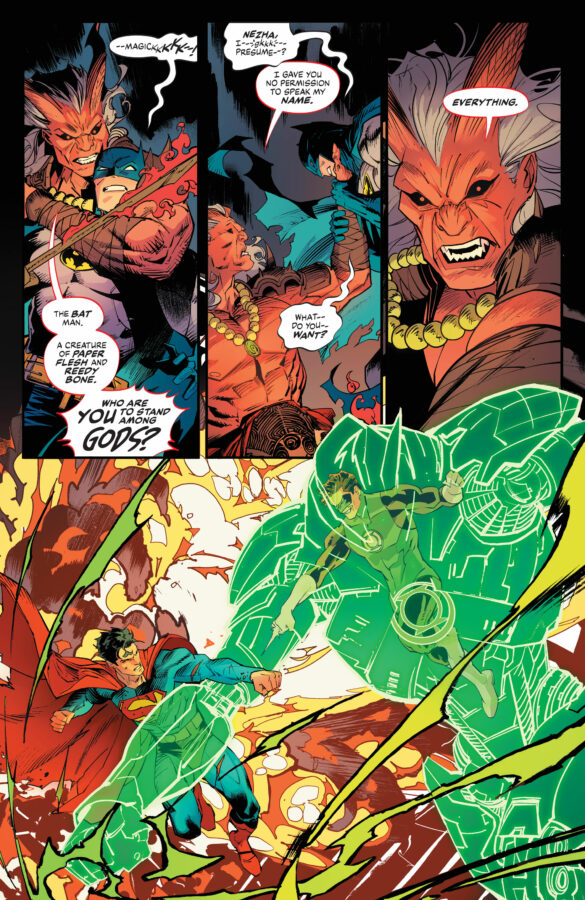 This series is outright bananas and watching Batman and Superman take on Green Lantern is so much fun. In fact, I’m pretty sure that Mark Waid has been stewing on one particular fight scene in this issue for a while, as its resolution is so bizarre that it feels over-the-top, even for superhero comics.

Look – I’m not an expert in metahuman mechanics, so, far be it from me to correct an industry veteran like Waid, but in my 17+ years of reading comics, I’ve never seen anyone use a Green Lantern ring like this. In fact, Waid’s use of the universe’s most powerful weapon is so outlandish it’s hard to believe this issue is canon. This would be the type of thing you’d imagine a kid coming up with when playing with their action figures, but, because Waid has really leaned into the Silver Age tone, it all works really well. Again… it’s just so much fun.

Dan Mora’s still pretty spectacular. Visually, each issue so far has been absolutely outstanding, and this issue’s no different. What I found particularly stunning about this issue was the fight scene with Green Lantern. Mora pulls out all the stops, capturing the sheer magnitude of power that each of these heroes brings to the table. The fight sequence visuals are just as bombastic as the plot of this series.

One fun trick of the trade that Mora pulls off well is his page layouts. Mora’s paneling becomes more creative and less standardized for the action sequences, compared to the quieter character moments (which frankly are few and far between). He plays with the gutters of the panels, as characters protrude from one into another. Overall, it’s pretty cool. 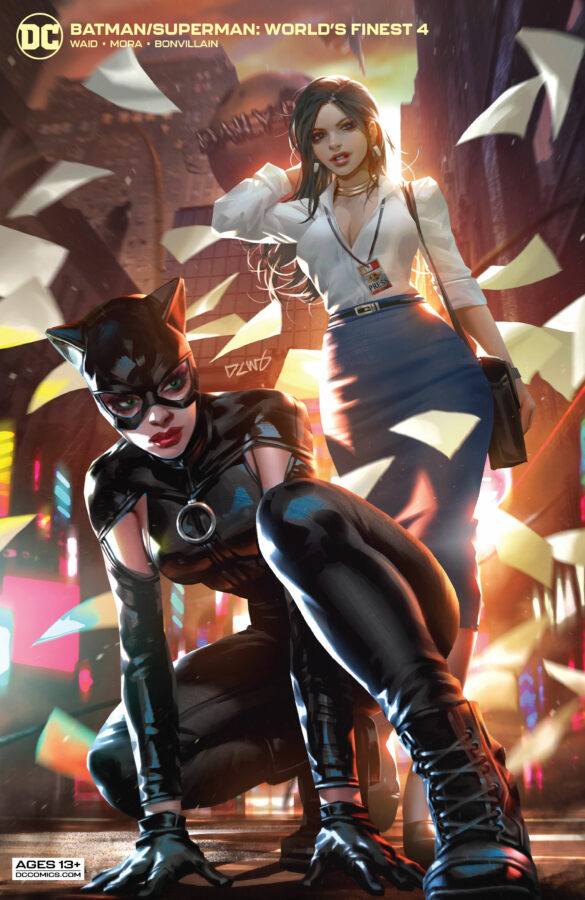 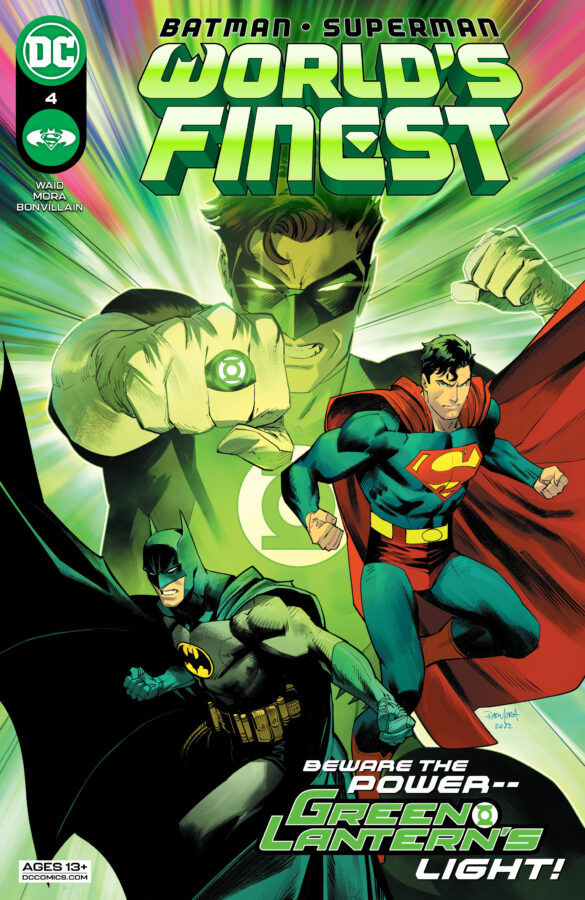 Finally, Batman/Superman: World’s Finest #4 delivers on the one minor gripe about this title, the villain. Waid finally tips his hand, explaining who the Devil Nezha is and what his motivations are. On top of that, he delivers an incredibly fun script that’s absolutely over the top while leaving readers with an exciting cliffhanger.

It’s obvious that Waid has put a lot of thought into this arc, as it was recently announced that the events of World’s Finest will spin out into Waid’s Batman vs Robin event. It should be a fun ride.