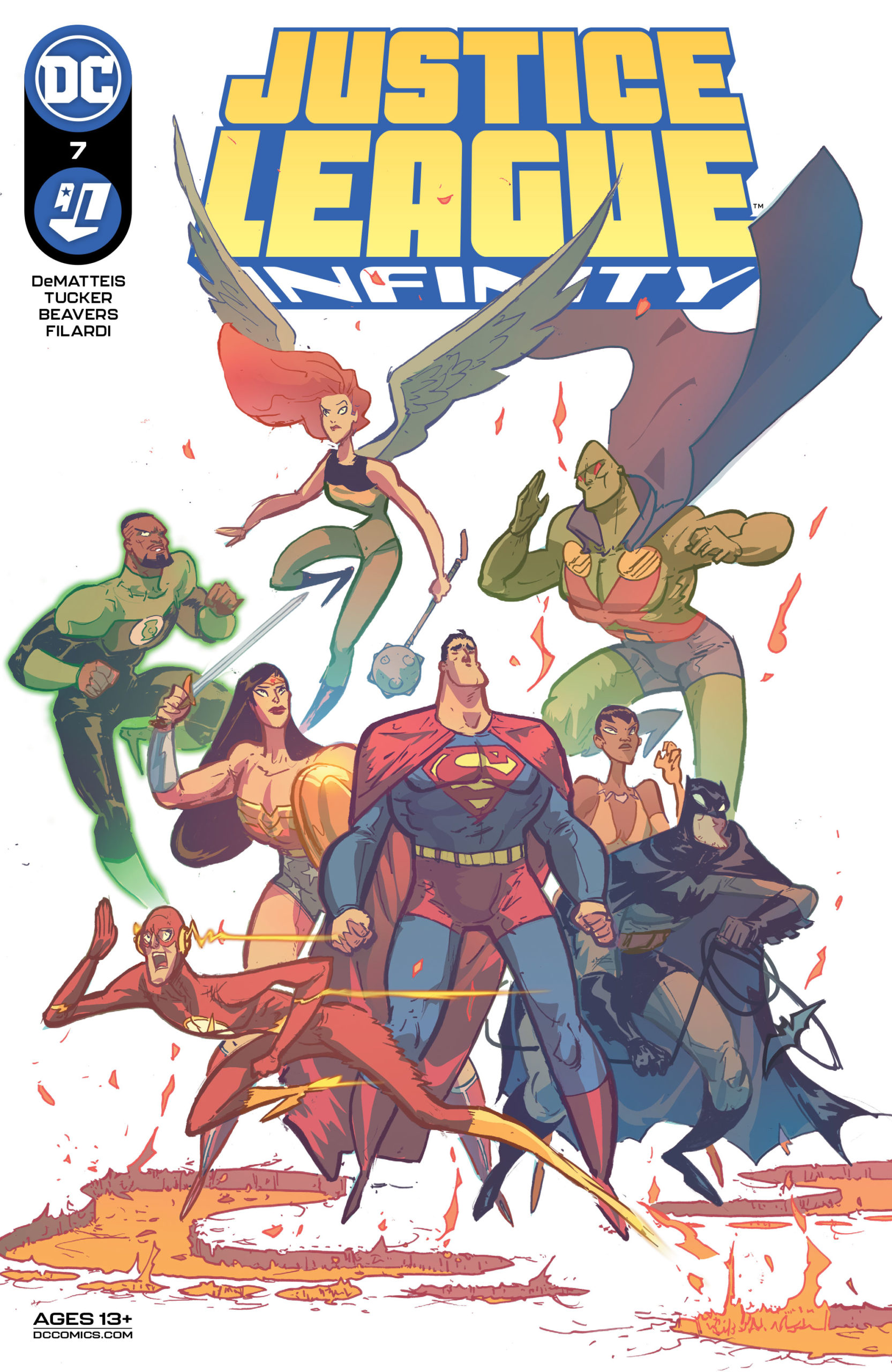 The cosmos unravels, as the Anti-Life Equation is unleashed in Justice League Infinity #7, the final issue of this wonderful series.

Last month, all was revealed: the individual responsible for breaking the Multiverse is none other than Amazo II, an evil doppelganger of the Amazo from the Earth-DCAU. This evil android also went on a journey in search of meaning; however, it became infected with the Anti-Life Equation. Therefore, Amazo II’s life goal became the destruction of the Multiverse. The issue opens with five League members floating in a void, protected by Green Lantern’s Power Ring. Therefore, it’s up to Batman, Wonder Woman, The Flash, Martian Manhunter, and Jon Stewart to save the day.

I’m a high school English teacher, and when I teach essay composition, I always tell my students that writing the conclusion is the hardest part. I tell them that good writers know how to stick the landing, leaving their readers with insightful thoughts that will stick with them. The same applies to storytellers. There’s a reason why Game of Thrones no longer holds the same level of sway within society at large: HBO didn’t stick the landing.

Luckily, JM DeMatteis and James Tucker are very good at their craft and nail the ending. What’s particularly impressive about this finale is how the writers resolve the conflict. The issue opens with oblivion, and it honestly felt like the two had written themselves into a corner. Nevertheless, they managed to write a satisfying conclusion that was also emotionally resonant.

From start to finish, Ethen Beavers has delivered the goods. His work simultaneously felt fresh and new while obviously homaging Bruce Timm’s iconic aesthetic. While writing this review, it dawned on me that I had never heard of Beavers until Justice League Infinity. So I did a quick Google search. It turns out that he storyboarded for Justice League Unlimited. It’s no wonder he’s done such a great job on this book because this isn’t his first rodeo. I also noticed that he’s fairly prolific, having done a number of comic book companion series for other animated shows. Personally, I’d really like to see Beavers tackle an ongoing series at DC. Justice League Infinity alone proves he has the chops. Are you listening, WB/AT&T? You need to jump on this guy ASAP. 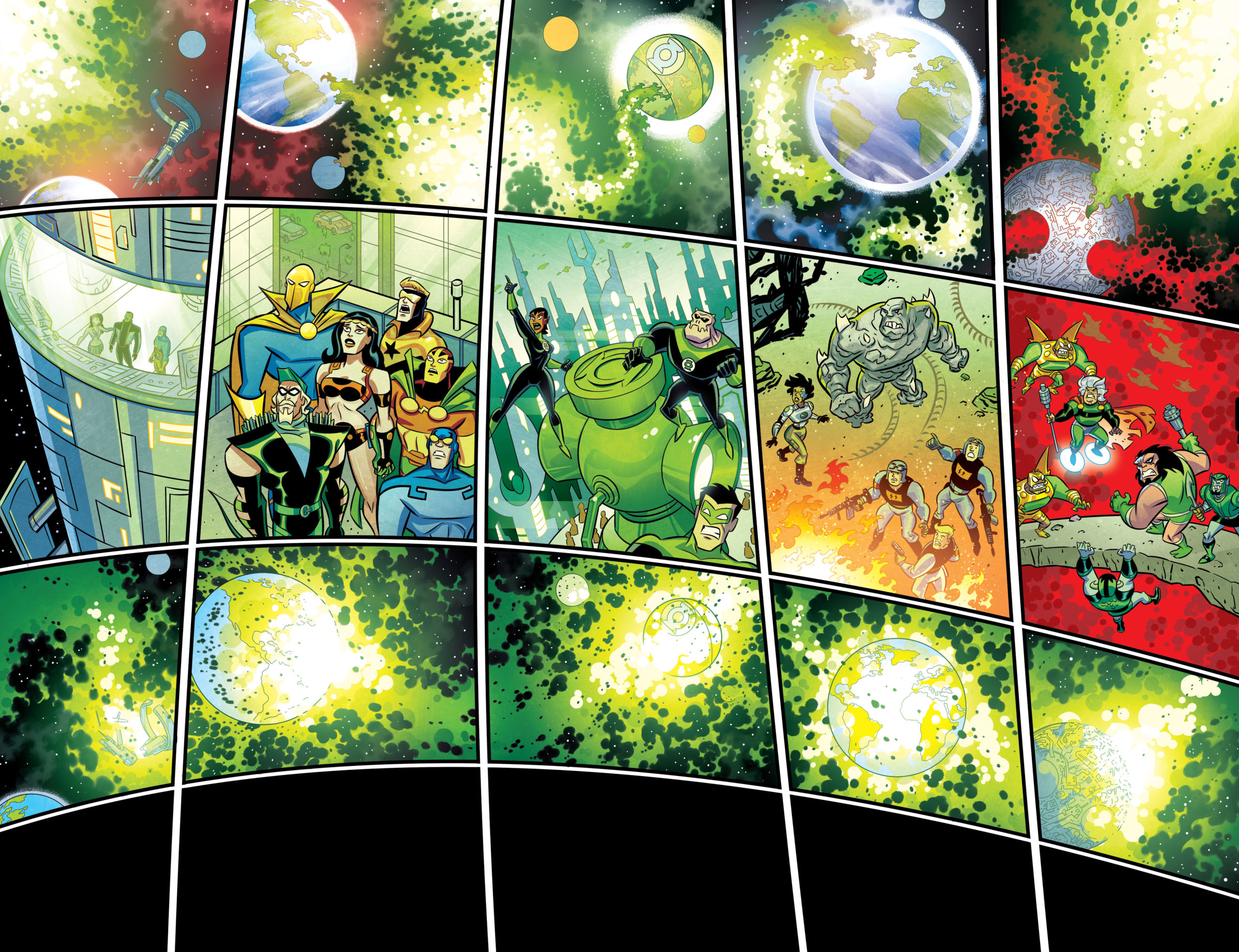 Alas, all good things must come to an end. Justice League Infinity #7 provides a heartfelt conclusion for a series that, in many ways, is a love letter to the DCAU. JM DeMatteis and James Tucker’s script is satisfying on every level, and Ethan Beavers, I maintain, is an underused resource at DC. Seriously, he deserves more work.

Overall, this series accomplished with the TV show could not – an ending worthy of the DCAU.