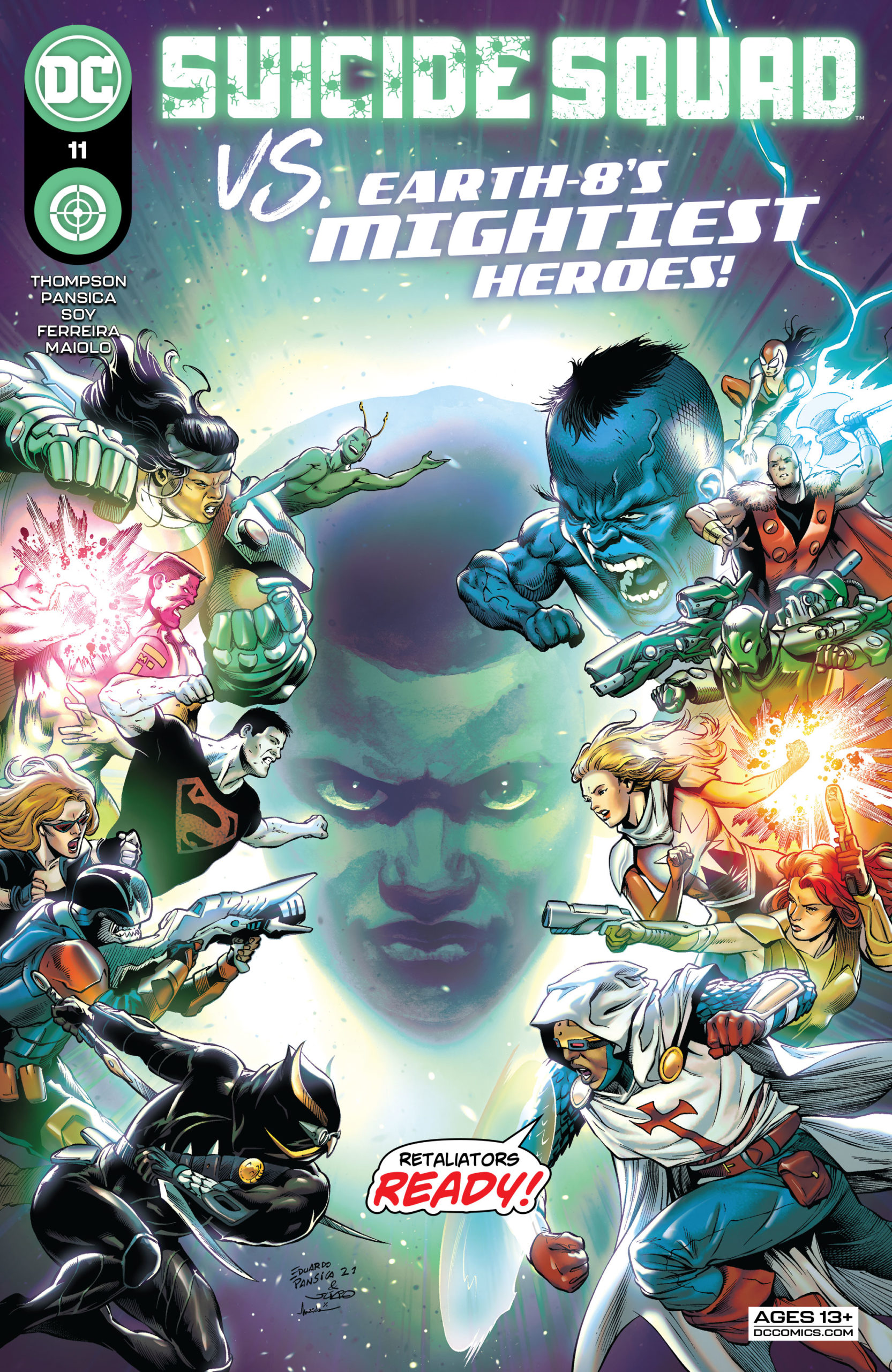 Suicide Squad #11 is the beginning of the end. Everything that’s been building since the title’s restart has been pushed to its tipping point here. This issue has the perfect lack of reverence and in-your-face attitude that the whole Suicide Squad has been known for. We get a tense moment between characters always at odds, and an interesting look at a world almost unknown to us. 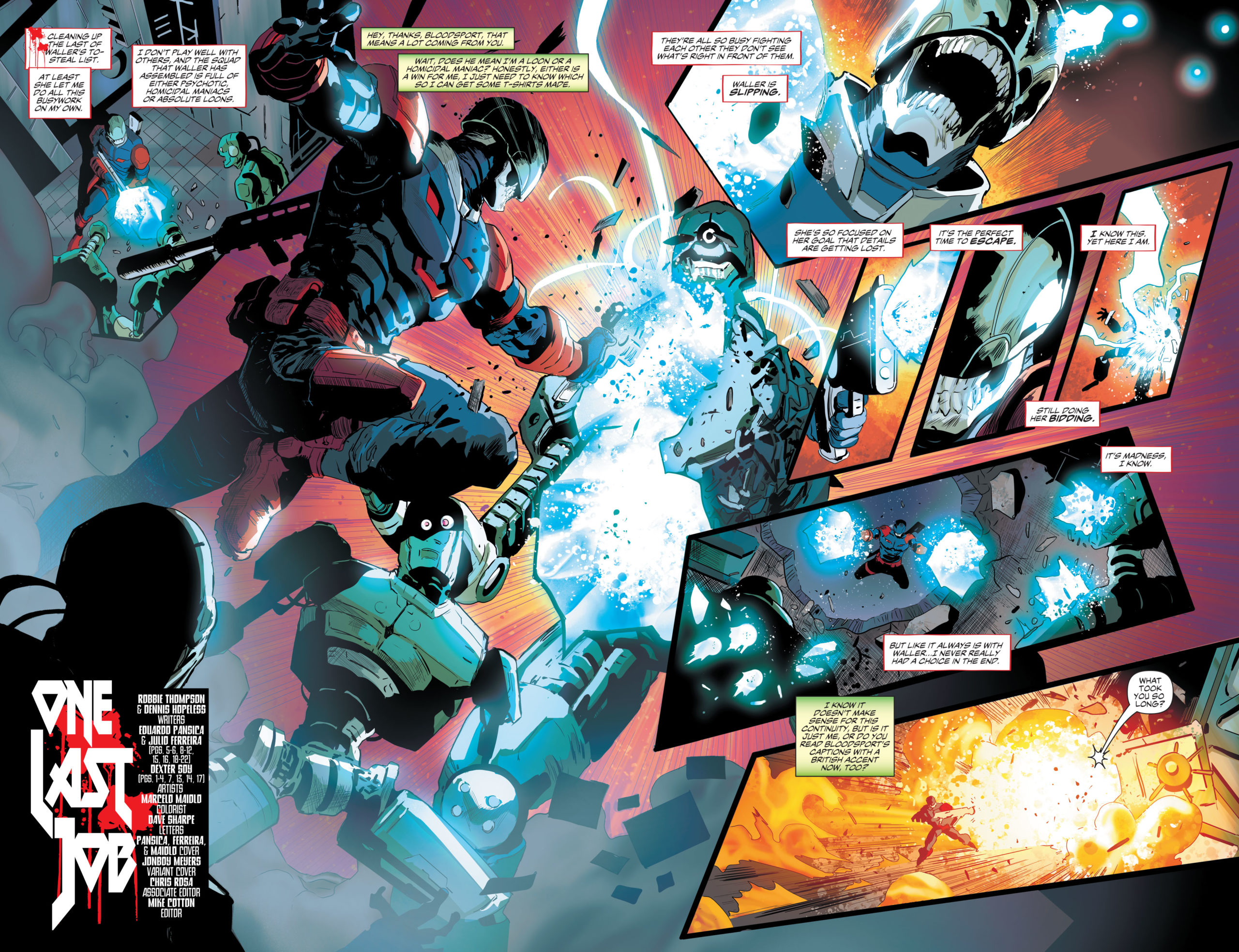 The conflict between Peacemaker and Bloodsport has been a staple of Suicide Squad for as long as those two have shared time on the page, and this issue gives us such a dissection of their motives and abilities, that we honestly cannot refute how layered these characters are, despite appearances.

A lot of this issue takes place on another earth. Playing around with many worlds gives the character designers in the creative team a chance to really shine. Suicide Squad #11gives us a look at another world’s mightiest heroes, who all were very obvious pastiches on another publisher’s main crew. It was commented on by our fourth-wall-breaking Ambush Bug. It’s incredibly bold of the creators to make a gaggle of interesting characters for an effective one-off moment, as that level of care is largely what sets this title apart.

We’re treated to a lot of wonderful possibilities by Suicide Squad #11. This series has given a lot to be excited about as the story arc starts to reach its conclusion. We get to wonder how these disparaging characters came together, or what the result will be as things come to a head.

I’m eager to read on… as is Ambush Bug.