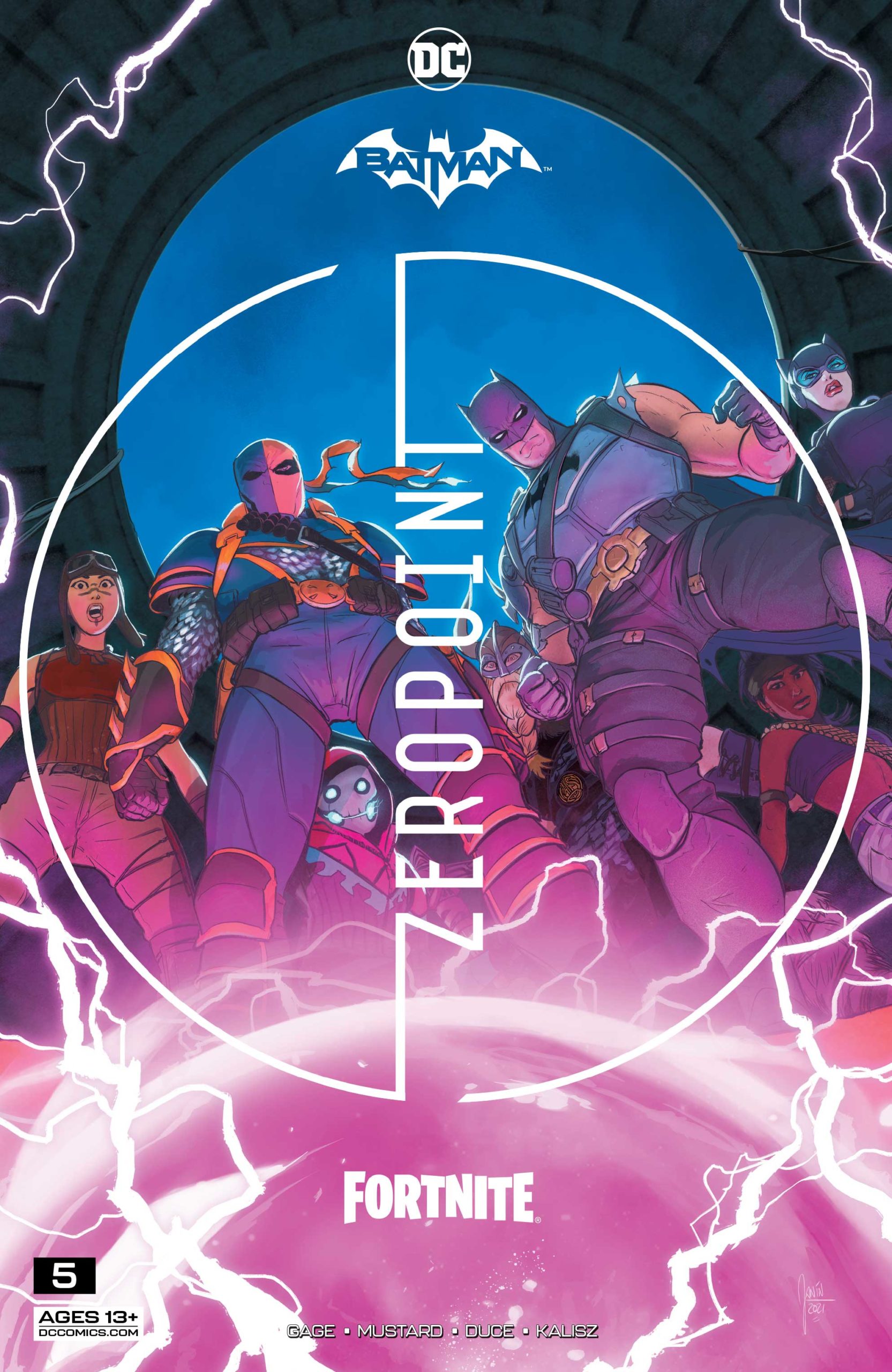 Things really start heating up in Batman/Fortnite: Zero Point #5, with investigations going further into the mysterious Fortnite island, and just who’s behind bringing all the combatants here.

Batman and his companions edge closer to escaping this hell-scape and getting home. That is if they can find the traitor who’s working for the beings that masterminded this whole operation.

Christos Gage has honestly written my favorite iteration of The Dark Knight for quite some time. The story’s gripping, edge of the seat stuff, and every issue ends in a cliff hanger.

The art team of Christian Duce and John Kalisz also get massive props from me this issue. They make the crazy and outlandish world of Fortnite seem grounded and real, as if it were a place in Gotham, or Metropolis. They also do a fantastic job with the rest of the Loop escapee’s costumes and stylings.

Being the World’s Greatest Detective is a part of Batman’s arsenal that usually goes under utilised. In this comic run however, I feel like it’s been the best part of his game. He’s had to figure out to escape the Loop, as well as beneath Fortnite island. He’s taken all of it in his stride, including leading the ragtag group of Loop escapees.

Batman/Fortnite: Zero Point #5 delivers the epitome of who Batman is. He is a survivor; intelligent, resourceful and logical.  Behind all the gadgets and martial arts, this comic shows the true Batman. You can drop him into any situation, anywhere and he find a way to survive.