Review: The Other History Of The DC Universe #4 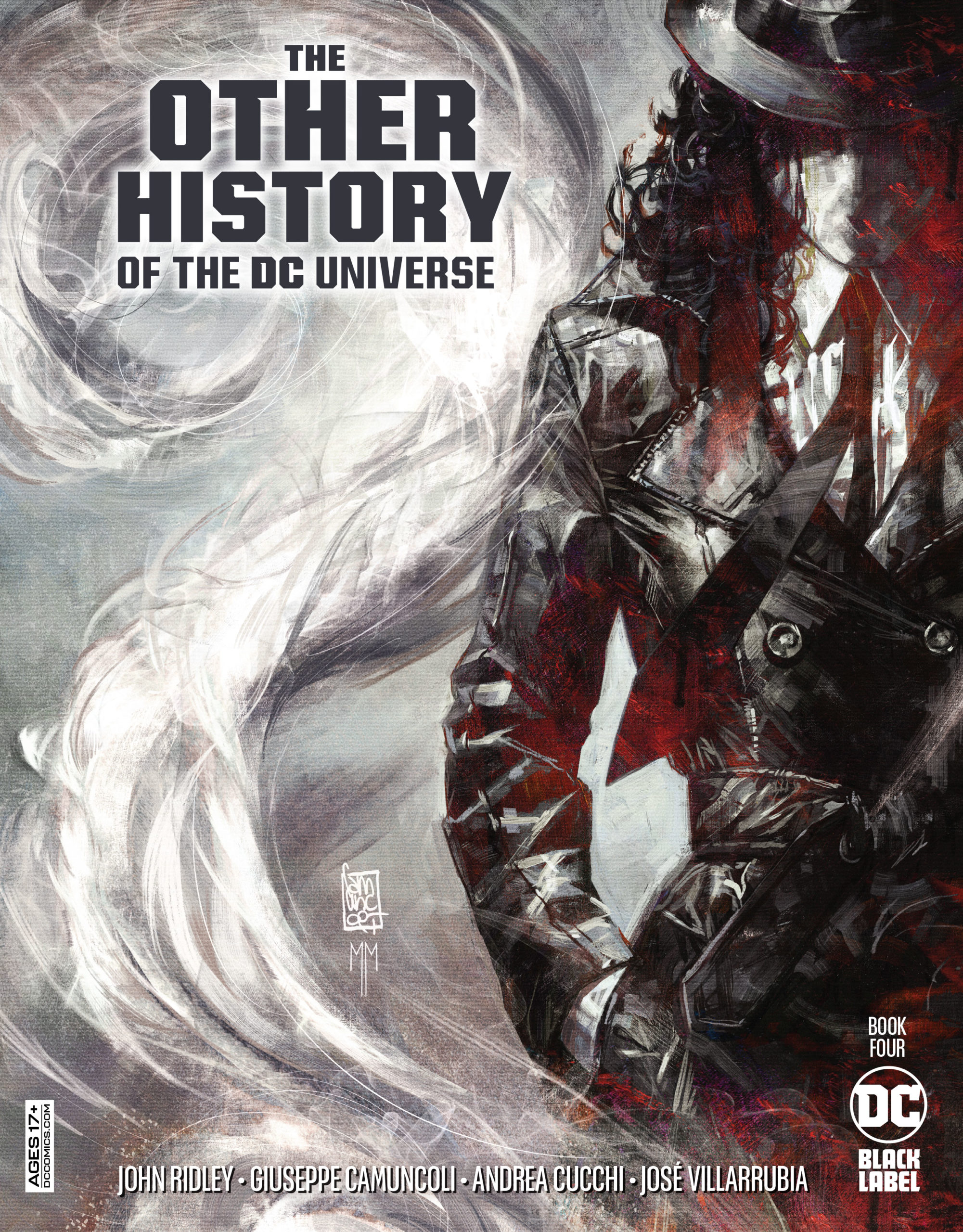 If you were to search for information on Renee Montoya, you’d find only snippets of her life: she was Harvey Bullock’s partner, would later be connected to not only Kate Kane but also The Question, Vic Sage. This and little else. If you were looking for her voice, or for her story, then The Other History Of The DC Universe #4 is the book you’ve been looking for.

If someone were to ask me about the influential characters who have made an impact on my life, Renee Montoya is one of those who resonate the most. I remember the first time I discovered her, in Batman: The Animated Series. My interest from there only grew.

Be The Least Amoral Person In An Immoral World

Renee Montoya came from a family who settled in Gotham because it was a city known for loose laws, even back then. They were immigrants who sadly didn’t have the papers to settle, but in Gotham, there were no questions asked. Along with her parents Renee also grew up with her brother, Benny.

Things weren’t all hugs and rainbows for the Montoya family, and they got their first dose of Gotham when Benny was stabbed at age 7, and almost died. This left a lasting mark on 10-year-old Renee and set her on the first steps down the path she would follow through her adult life.

I remember thinking then that the law and justice, like a pair of star-crossed lovers, are constantly and hopelessly in search of one another.

As time moved forward and Renee grew up, she found average schooling waiting for her, one where she stayed in the in-between. Being raised in a religious home played a significant role in her upbringing, and how she faced life as she grew and learned more about herself.

One of the things that stuck out the most in her mind was that she liked girls more than boys. Due to her religion, she never acted on, or even tried to acknowledge that part of herself. This was the first time she buried a part of herself and began wearing a mask. She was a dutiful daughter who despised every second of the facade she wore in order to spare her parents.

I figured if I stifled myself I could maybe barter my way out of eternal damnation when the time came.

Just A Game Of Monopoly

Renee saw Gotham for what she was and knew what it needed, she was going to become a cop. Renee never viewed the brood of criminality as anything special, she saw them as the spoiled and sadistic godless @$$#01£$ that they were. Paying their way out of jail time with family money and ending up in a cushy asylum.

All her years of hiding herself and hardening her shell eventually paid off, as she made her way through police academy and into the bullpen. She made it to the top of her class by already knowing how to deal with the caliber of person she met throughout this time. She was “One of the good ones”, but sadly only through pretending and placating.

The mood shifted when the ’90s hit. Renee saw that being a beat cop for real was nothing like the glamorous versions shown on television. This was the time of Rodney King, N.W.A., and when the eye of the public fell on cops and their actions.

Renee always regarded Jim Gordon with reverence, Batman… not so much. It was during this time that the “Freak Patrol” was born, and when the Dark Knight’s Rogues Gallery gallery began to build. Renee had little respect for a man who would put children in the role of sidekick.

The Rise And The Fall

Renee rose in the ranks as a cop and when she reached the Major Crimes Unit, she was paired with Harvey Bullock, a different kind of cop, one who got the job done through whatever means necessary. Even then Renee was just keeping her head above water. Harvey getting canned was the beginning of the downfall. It’s always easy to judge a situation from the outside when the world has a problem with every part of what builds Renee. Cop, Latina, Gay. All of these things were put on trial with the outbreak of the Aids epidemic, and the war on cops. All this made it hard for Renee to just be herself. So the mask got thicker.

Soon after a fling with Kate (Batwoman) Kane, she met the person who would change the course of her life forever. Victor Sage, better known to some as The Question. Sage changed her life by renewing her drive and giving her a purpose, so much so that she took on the mantle of the Question herself. She changed her credo to match all that she’d learned in her short life. As The Question, Renee discovered herself in the truest form, among the pain and shadows. 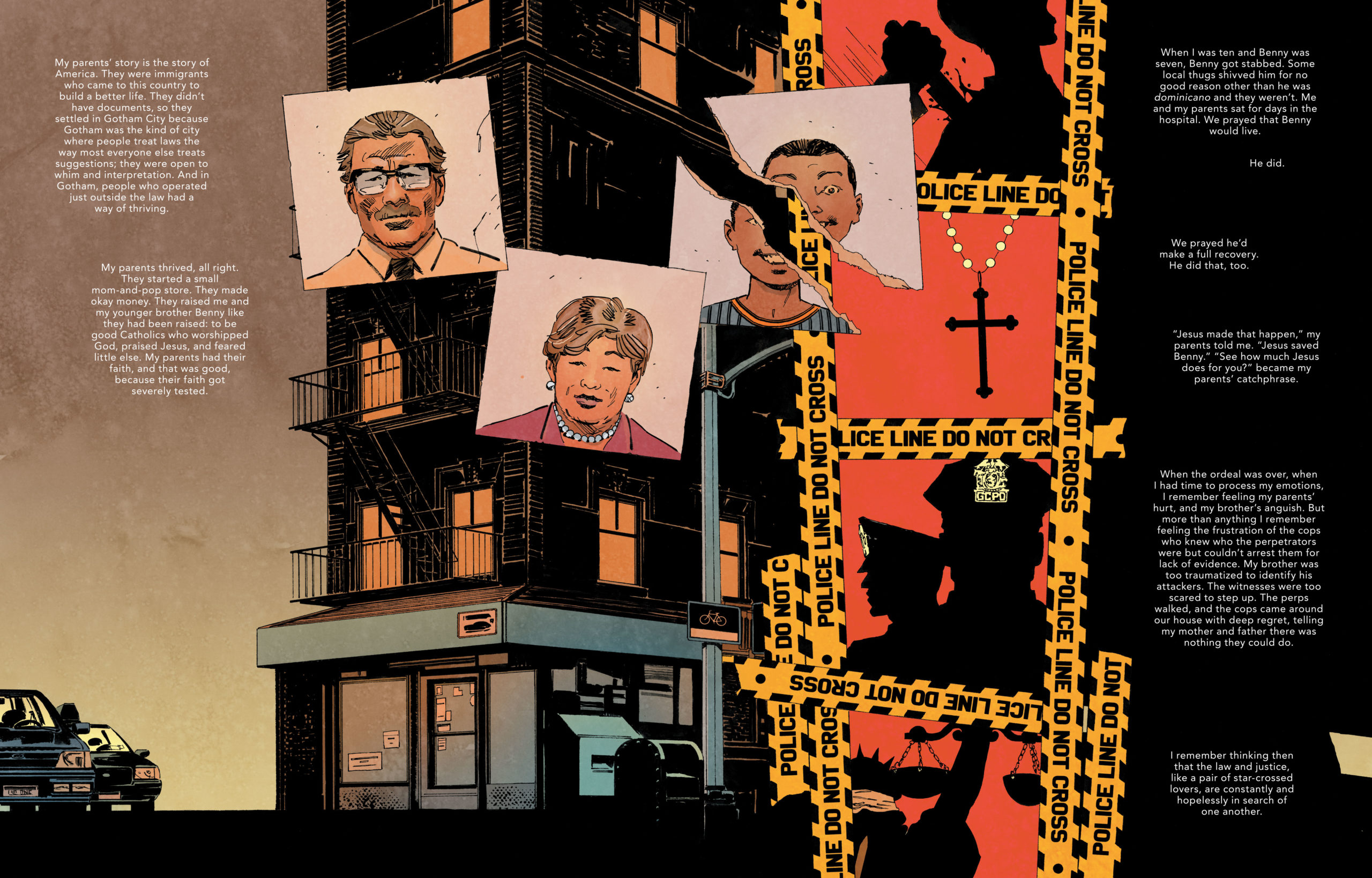 Having only picked a few spots within the story that spoke out to me, I’ve tried to keep this review as spoiler-free as possible. I feel that each one of the books in The Other History Of The DC Universe series holds voices that speak with passion by voices honed by John Ridley. The art in each issue continues to impress me, with just how much emotion art can convey.

Giuseppe Camuncoli, Andrea Cucchi, Jose Villarrubia, and  Steve Wands really came together. They gave us tales that are so real that they resonate with the history shown, in ways that bridge the gap between reality and fiction. The cover art is riveting and so strong.

The Other History Of The DC Universe #4 is the strongest issue yet. It has the clearest character voice and tells her story without shame.

This is a tale that feels real, and a concept that becomes whole, just through the reading.