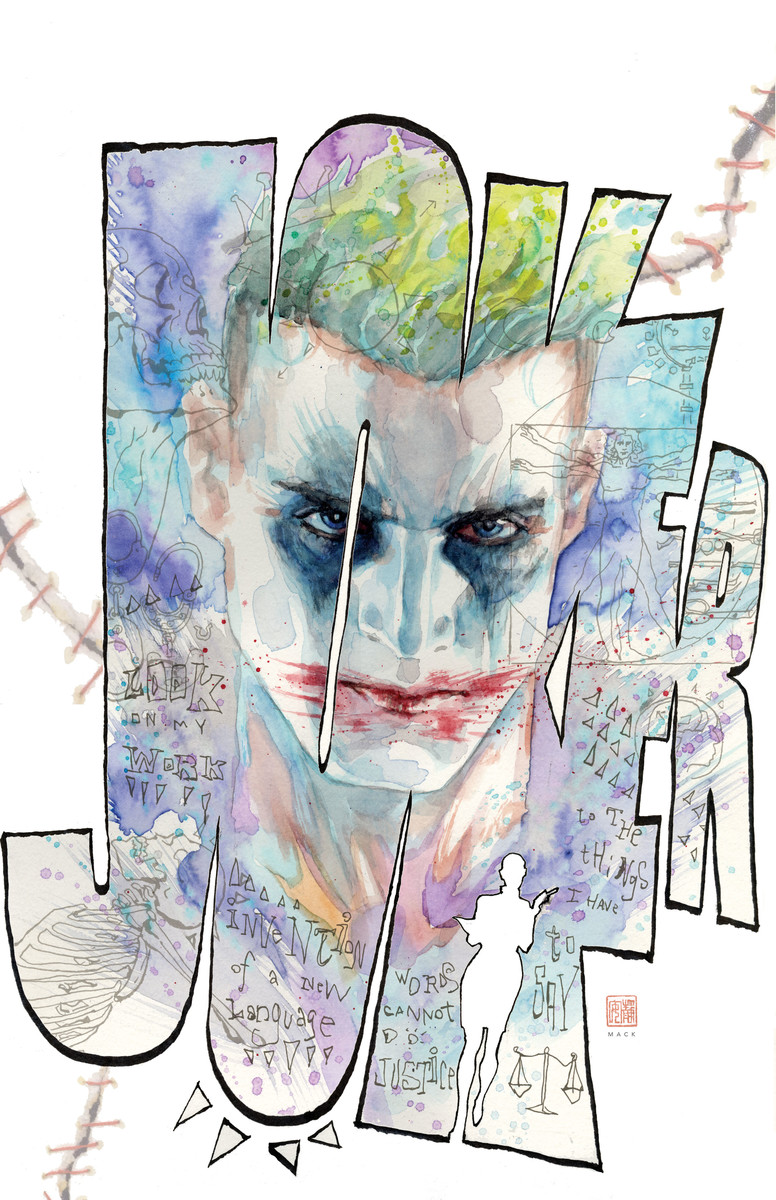 Joker/Harley: Criminal Sanity Secret Files #1 came out this week! It honestly just made us want issue #5 that much more! When we left Harley in Issue #4 she was getting what she’d been searching for, a face to face with the Joker himself. This wonderful, bonus issue gives us an in-between issue in which we get inside information on the background of the series itself. Let’s dive right in, eh?

With Joker/Harley: Criminal Sanity Secret Files #1, all the crew from the previous four issues come back. The Secret Files are set up as though we’rev watching a flashback episode. We get to see a lot of what’s led us to what’s coming in issue #5. With a menagerie of different items in the case-file book, it’s a variety of information for the eyes. We get artwork from Kelly himself, as well as a dossier on several of the individuals that have been considered as suspects in the Joker case.

Two of my favorites, aside from the Dance With the Devil page, are the emails between Gordon and Loeb about hiring Harleen, and the inside look at Kelly’s lair. It’s really cool to see such thought and detail put into a series, and this one’s just icing on the top of a delicious criminal cake. It’s a pit-stop, but what a sight to see when it’s drawing the readers in with more tidbits, and again, making it feel like a crime show brought into the comic world. 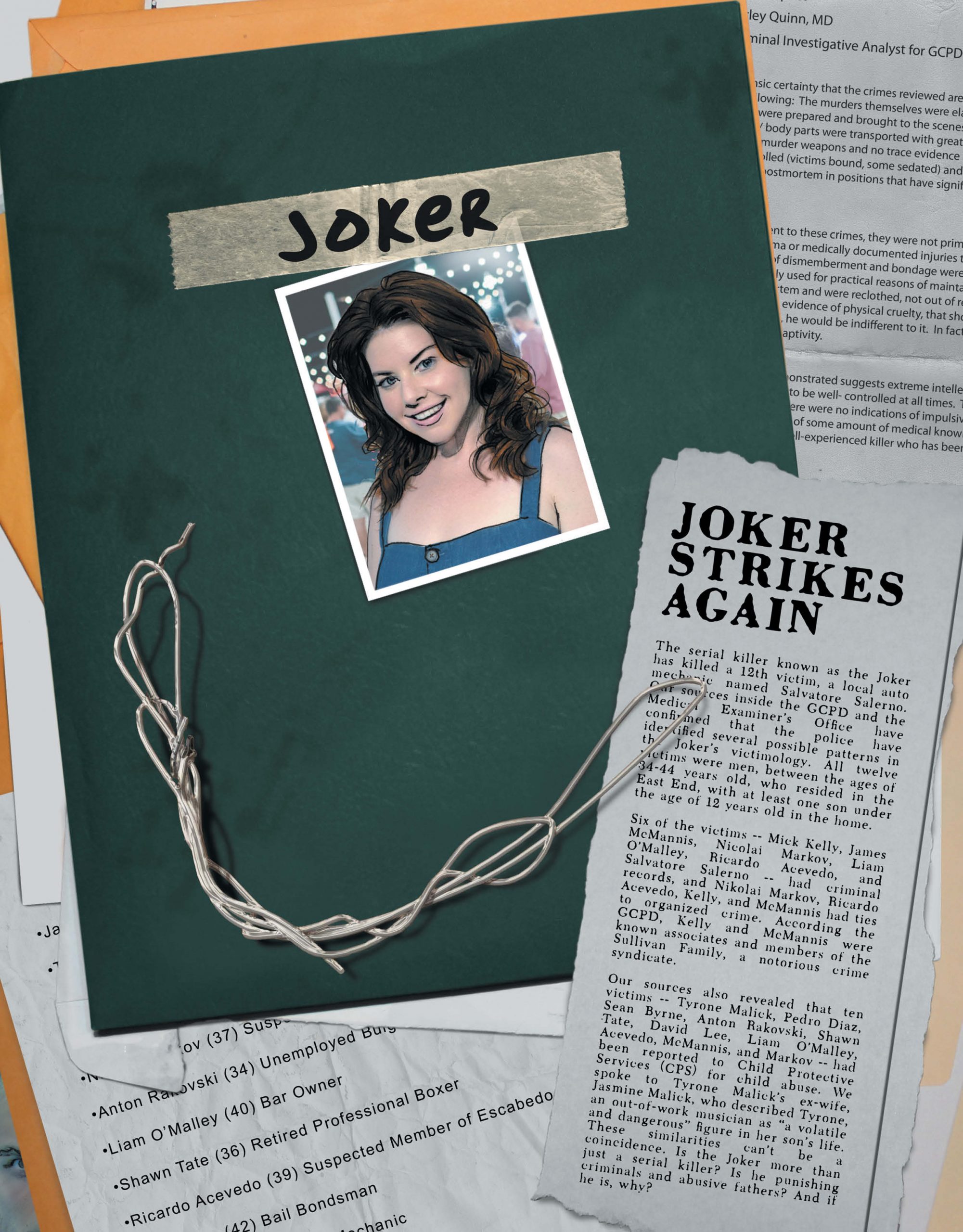 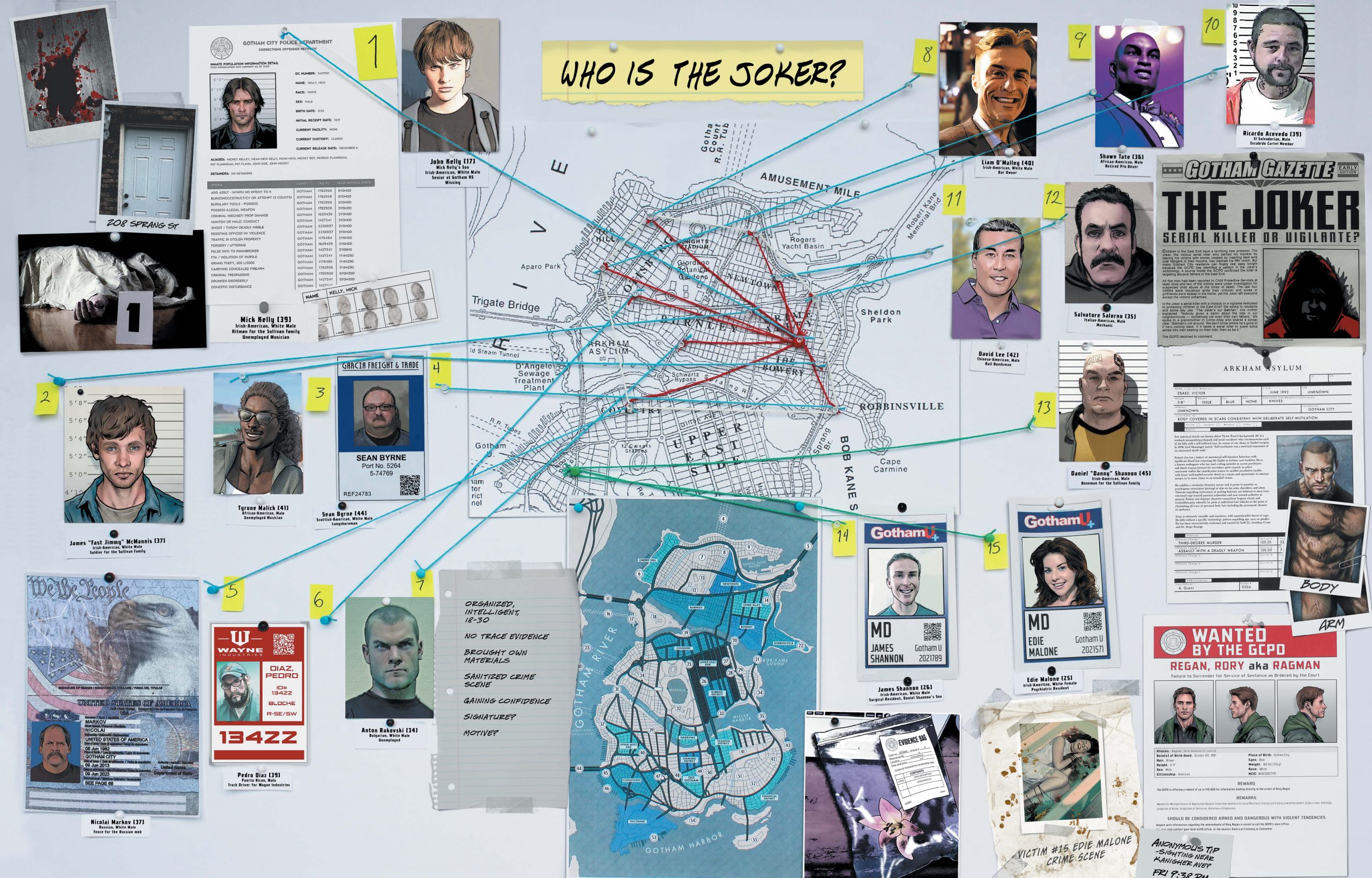 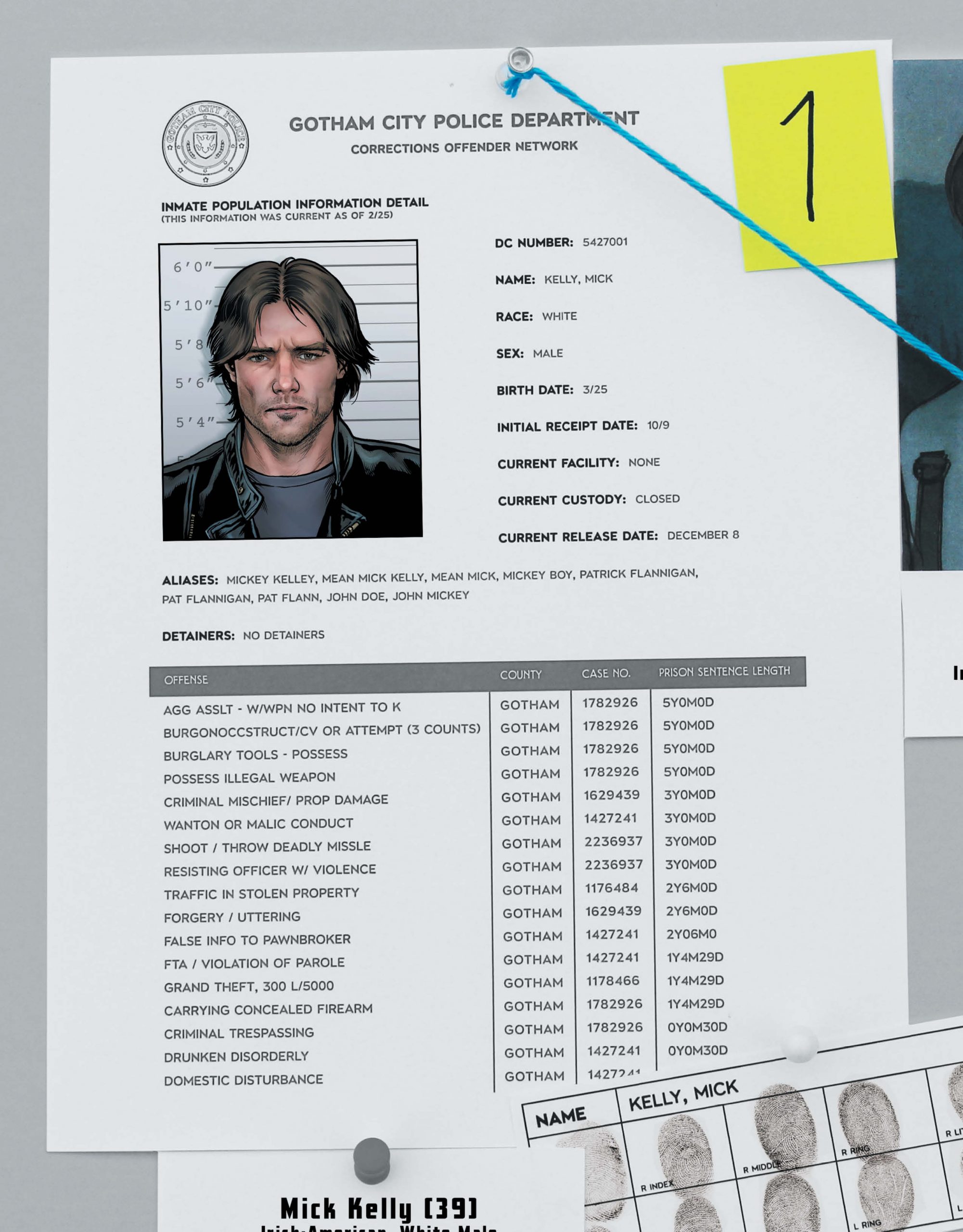 All The World’s A Stage

Yes, waiting for the next issue of Joker/Harley Criminal Sanity has this reader on pins and needles, desperate to see what everyone’s going to do next. Secret Files #1 is a really good place to stop and wonder at the world these fine folks have created. I’ve said before that it’s unlike anything I’ve read in the comic world before, and I meant it. Between Garcia, Suayan, Kurz, Badower, Kwok, and the rest of the team who have contributed, we’ve been given something wholly unique, yet familiar. The little things matter, and in that sense, they deliver in buckets.

Joker/Harley: Criminal Sanity Secret Files #1 is a fun compilation of different parts of the Criminal Sanity universe. It adds to the feeling of a crime show, and to the fact that this is a genuine investigation. The creators are setting up an immersive experience, and I’m here for it. The casebook really isn’t an actual issue, but since the series has garnered 10’s from me from the start, and this features teases inside info from the series itself, I shall give it a ten as well.

What did you think readers of Joker/Harley: Criminal Sanity Secret Files #1? Are you as amped as we are for #5? Let us know in the comments below. and I’ll see you for the next review.