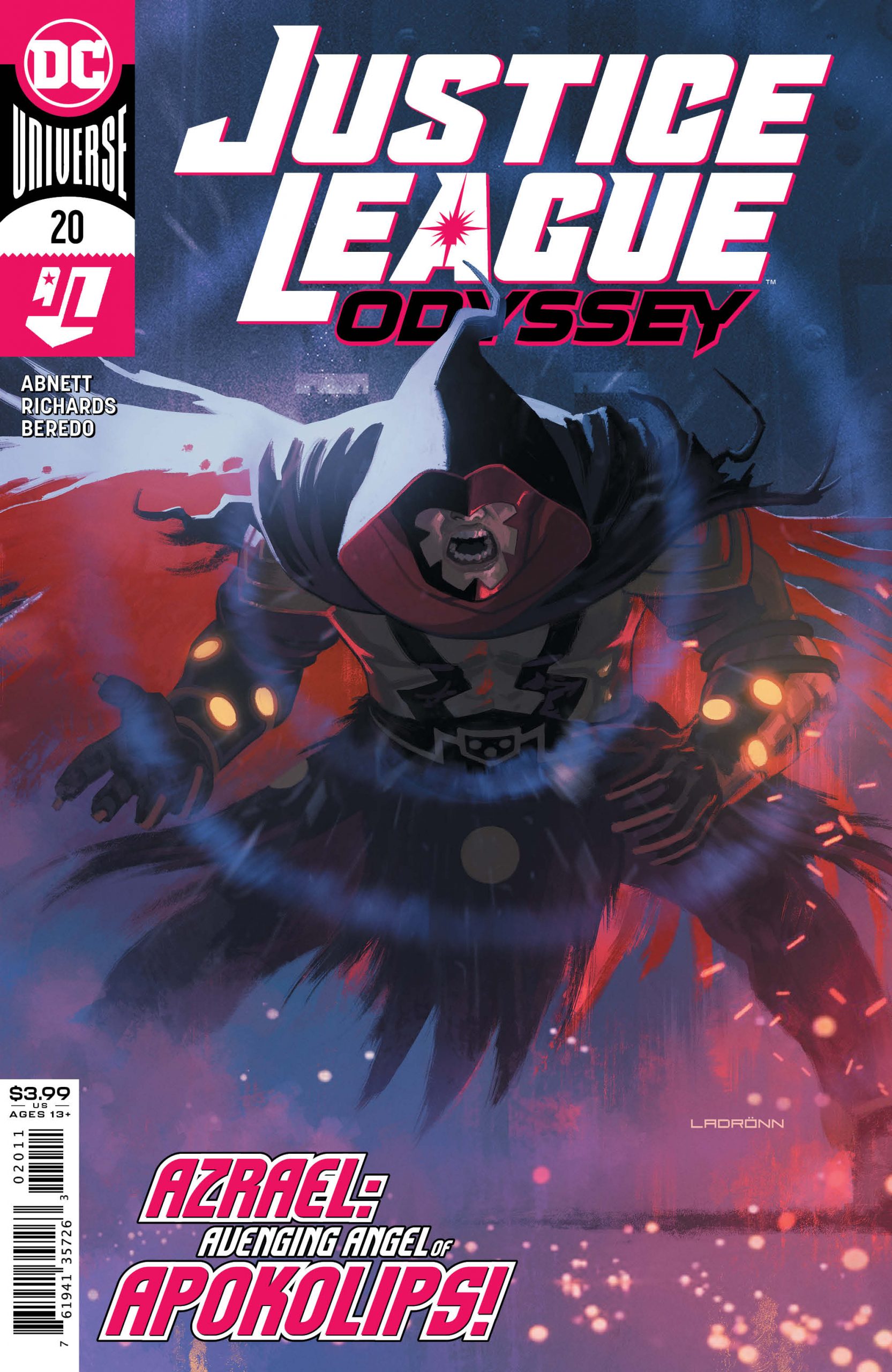 In Justice League Odyssey #20, as Darkseid threatens reality as we know it, Epoch, the Lord of Time, has a plan to stop him… but will it work, or cause an even greater disaster for the Multiverse?

Green Lantern Jessica Cruz and her Justice League Odyssey misfits have one chance to avert catastrophe, but they’ll have to steal Epoch’s time technology to do it… and risk unravelling the entire history of the DC Universe!

Darkseid Is. “The Phrase That Pays!”

Dan Abnett does a superlative job of allowing the reader to see which heroes have been affected by Darkseid, and which haven’t. After all, a costume change may only be a costume change, but paired with Abnett’s words and AndWorld Design’s lettering, we know who has been “infected” and who hasn’t. 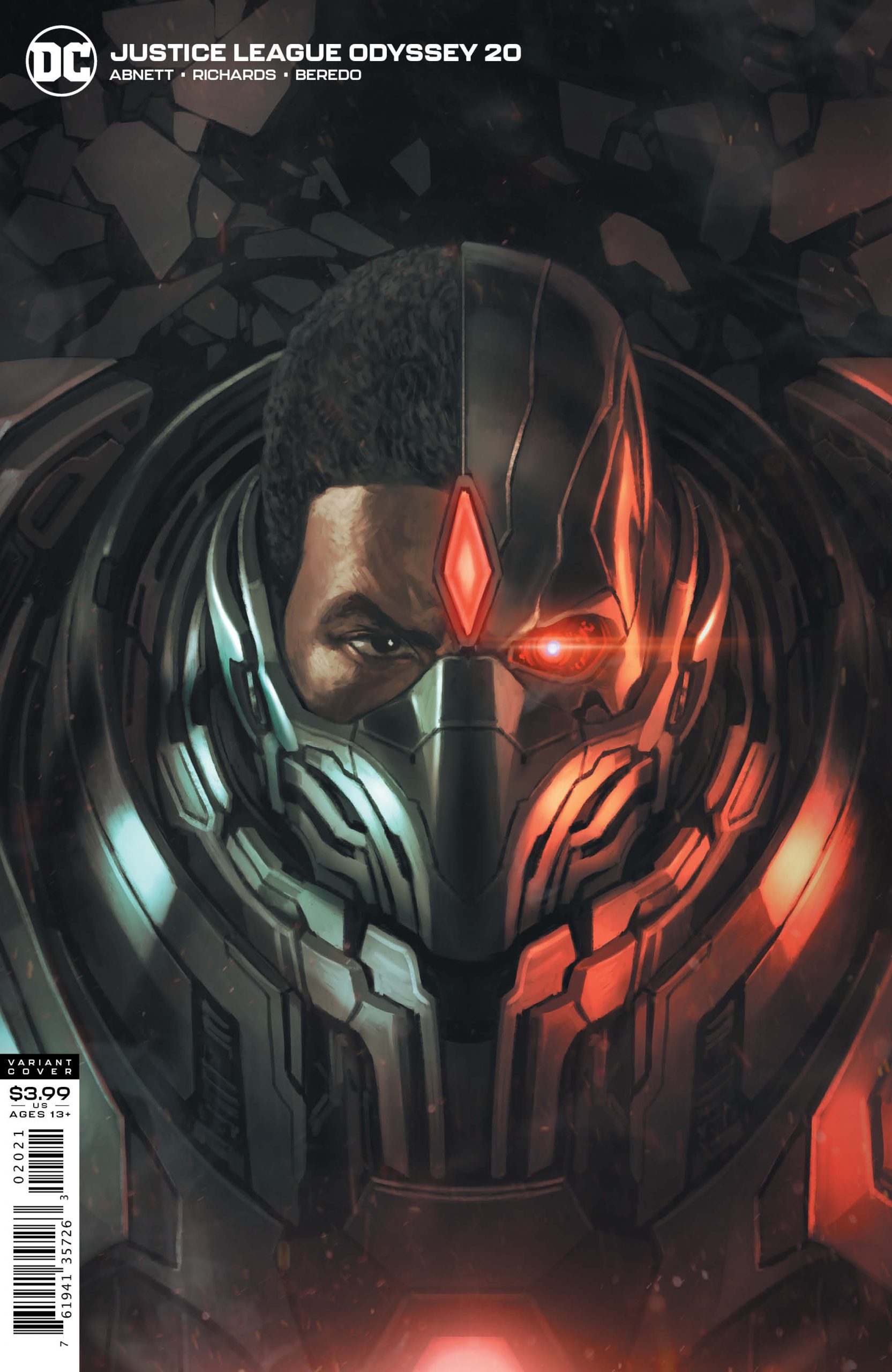 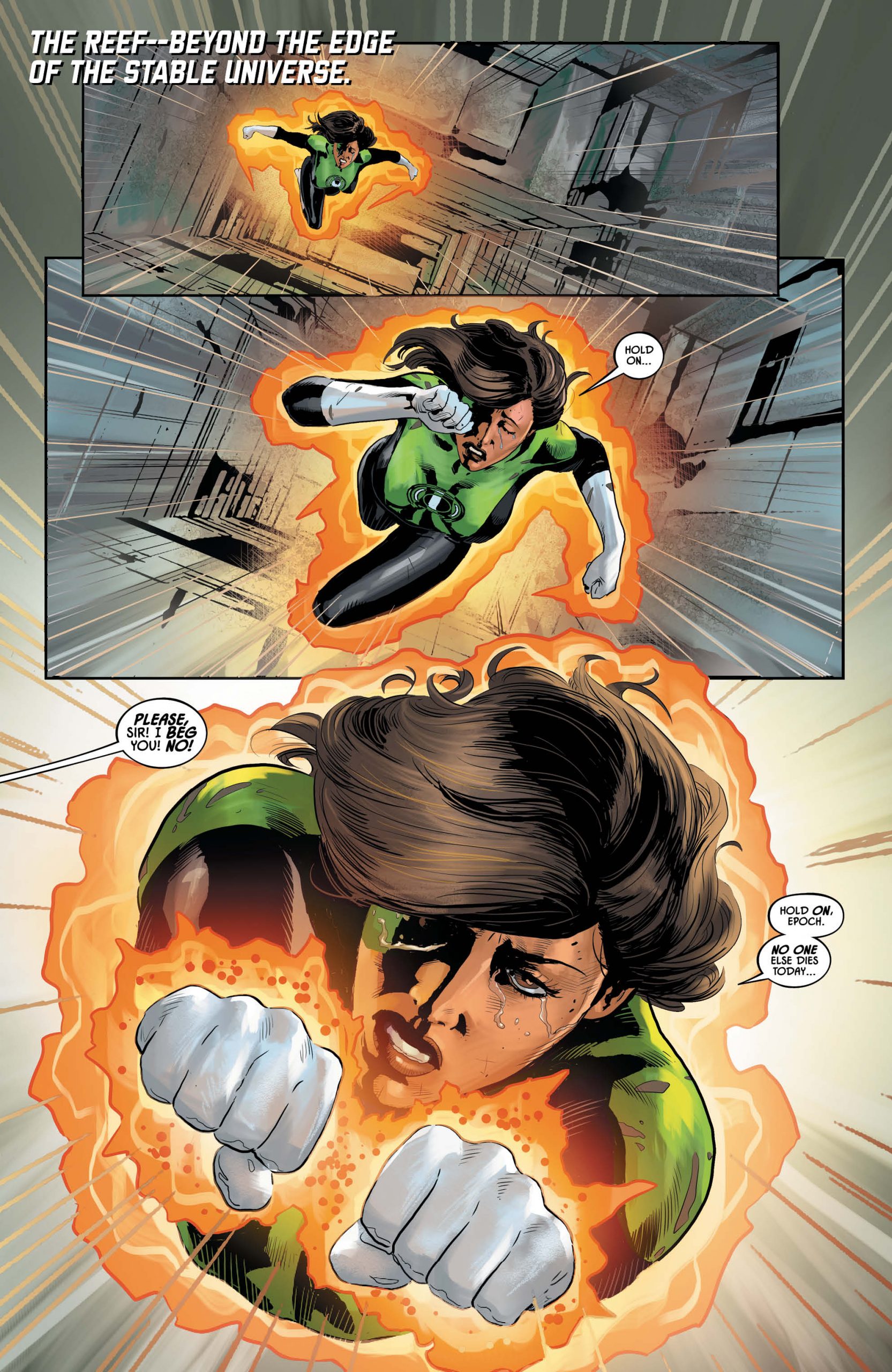 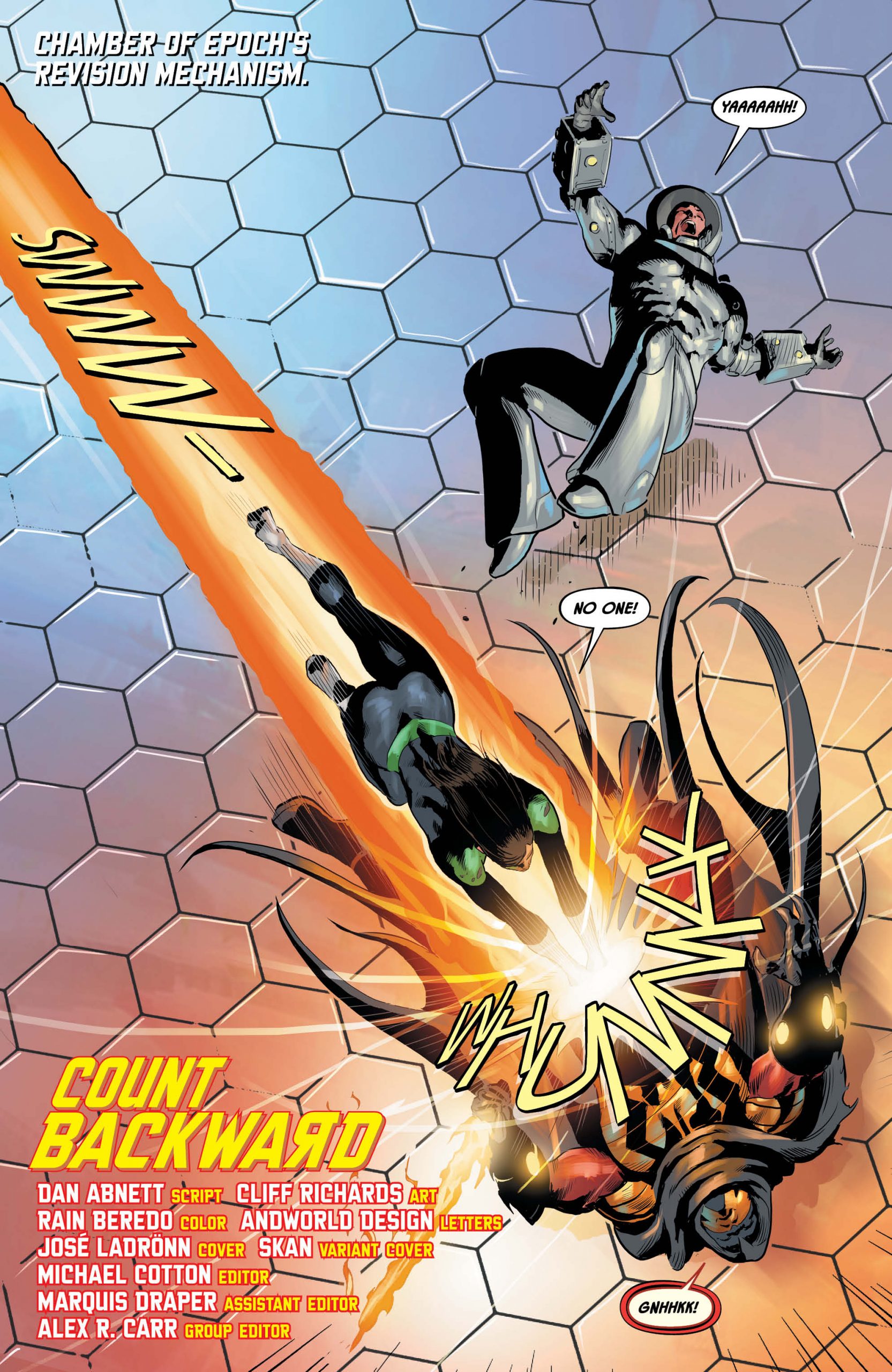 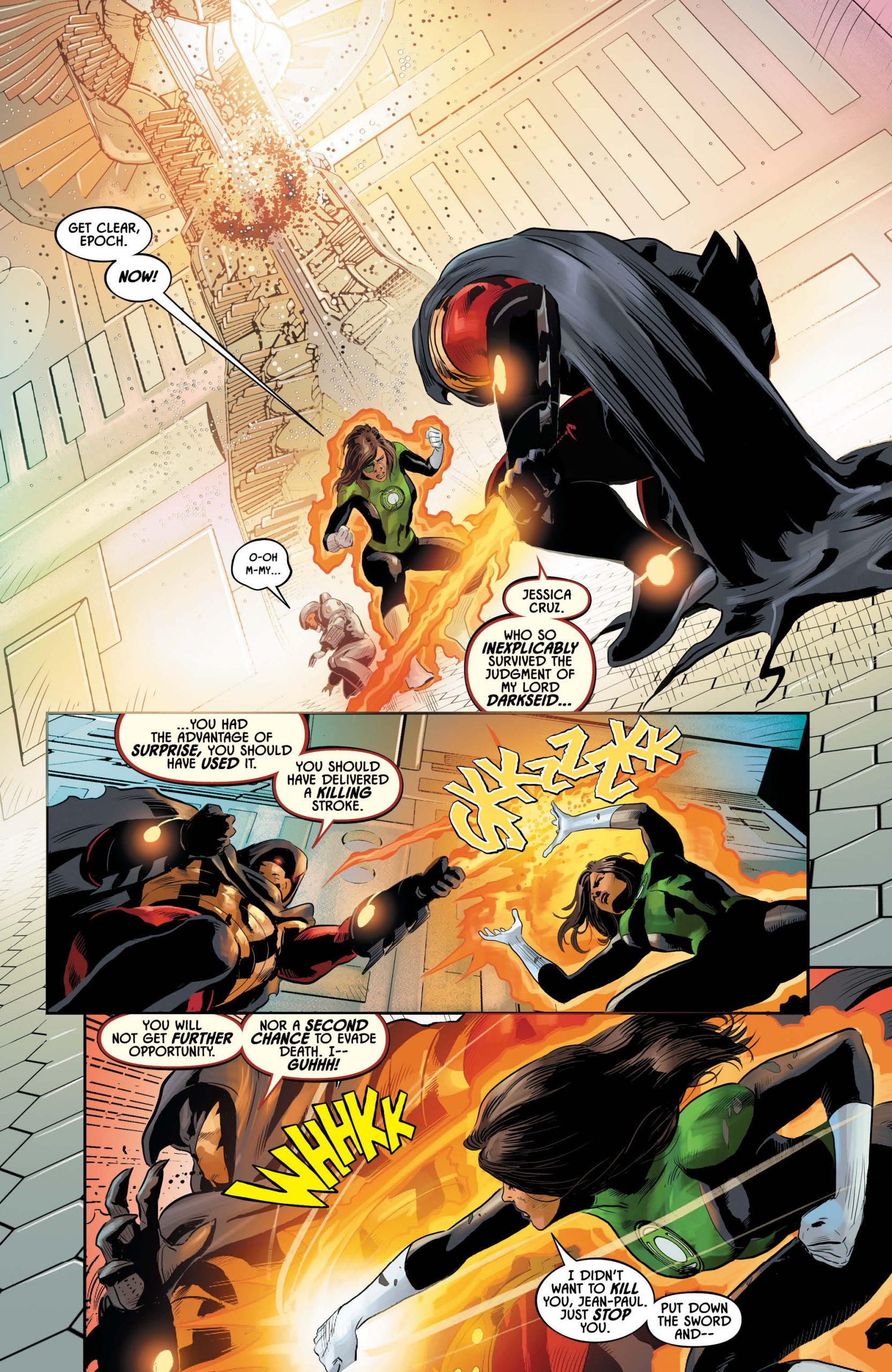 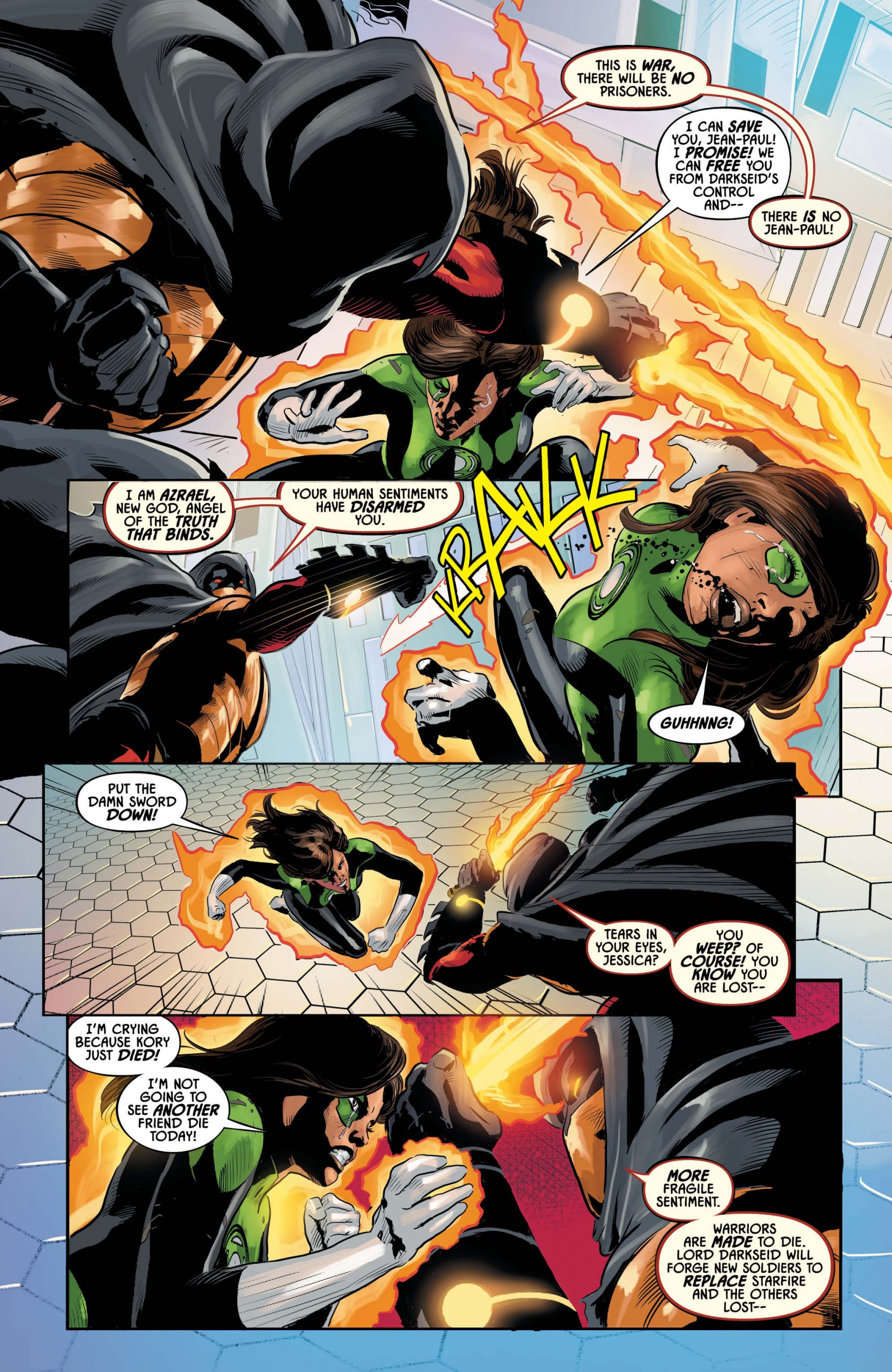 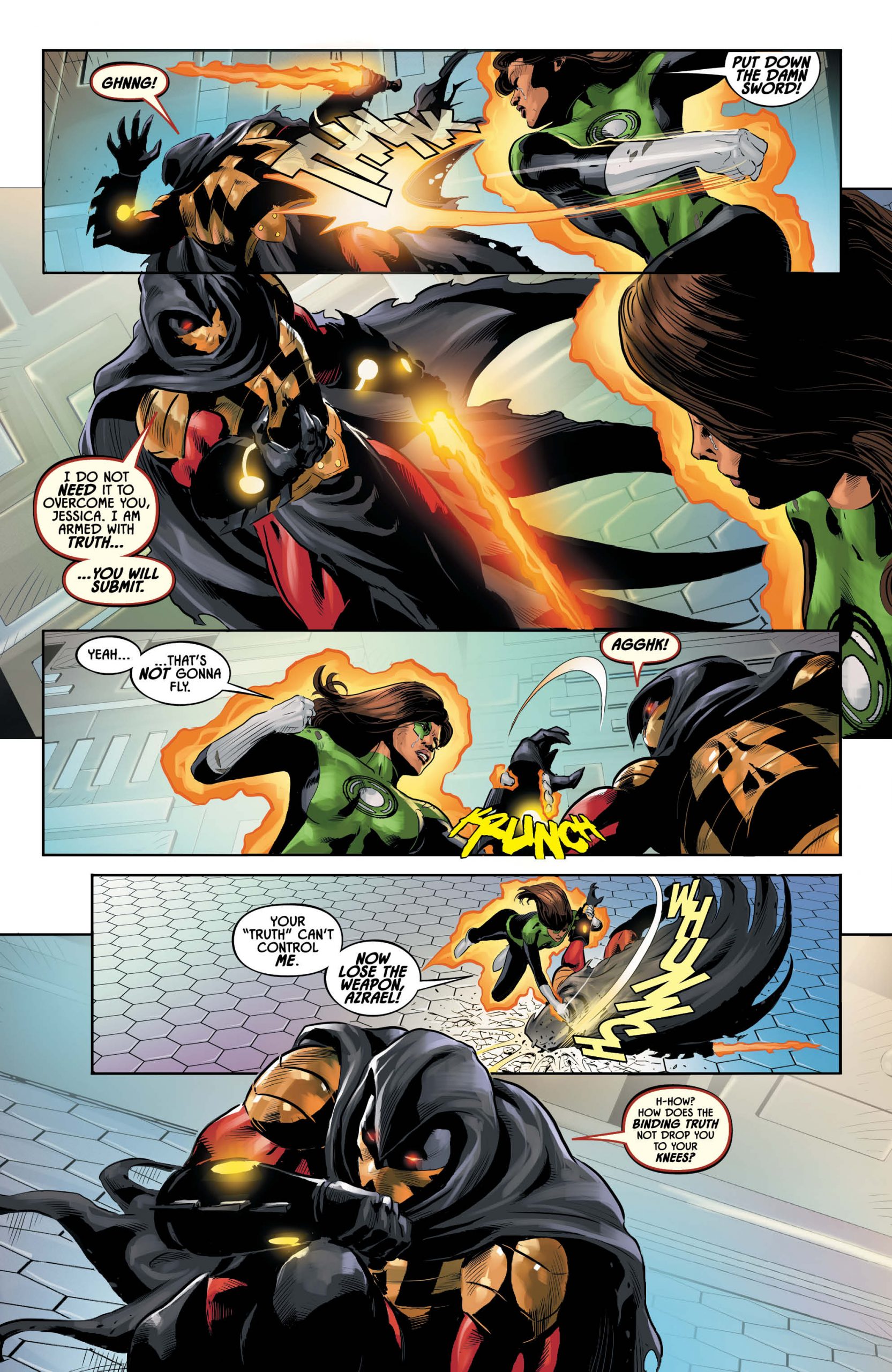 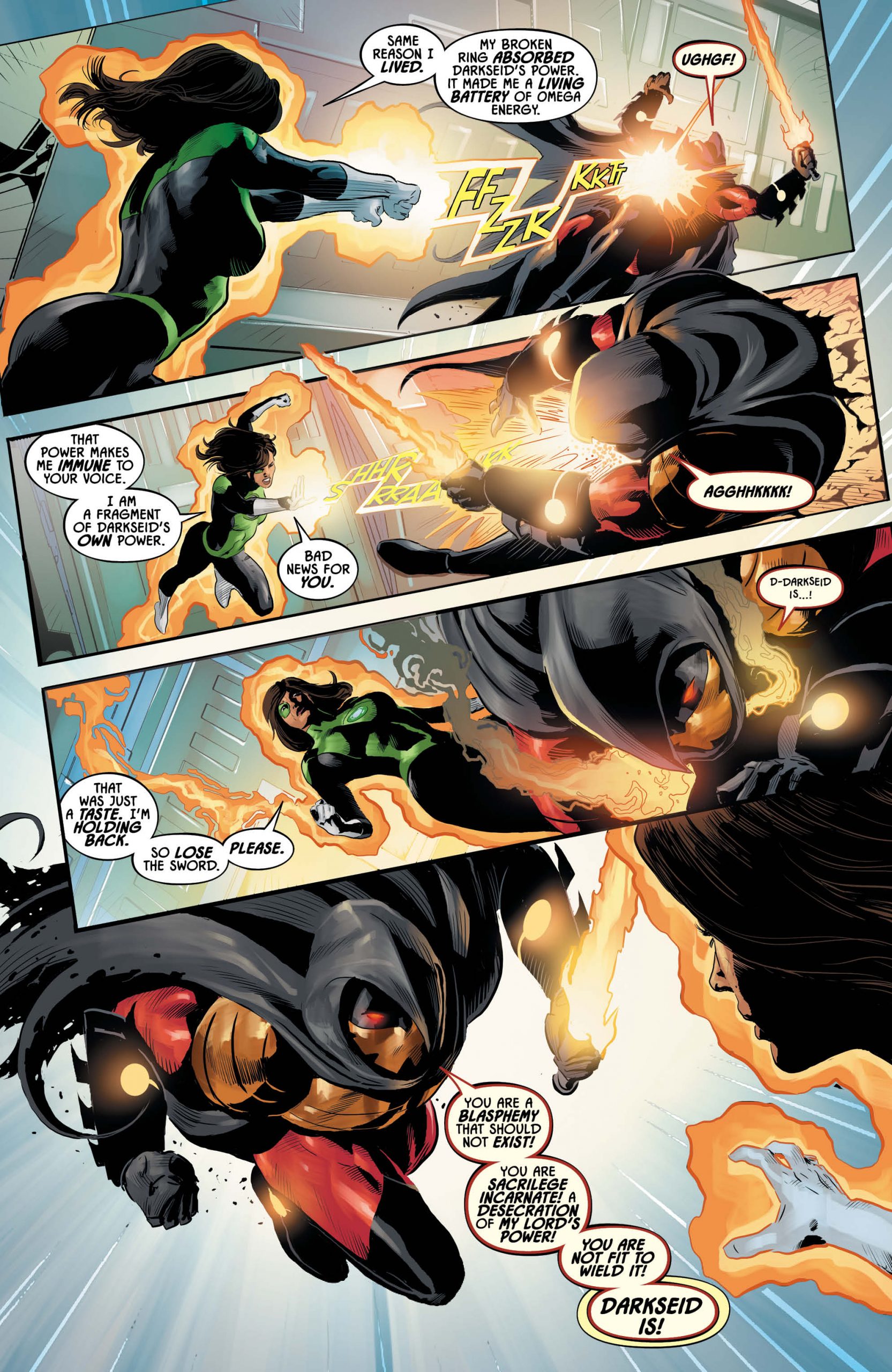 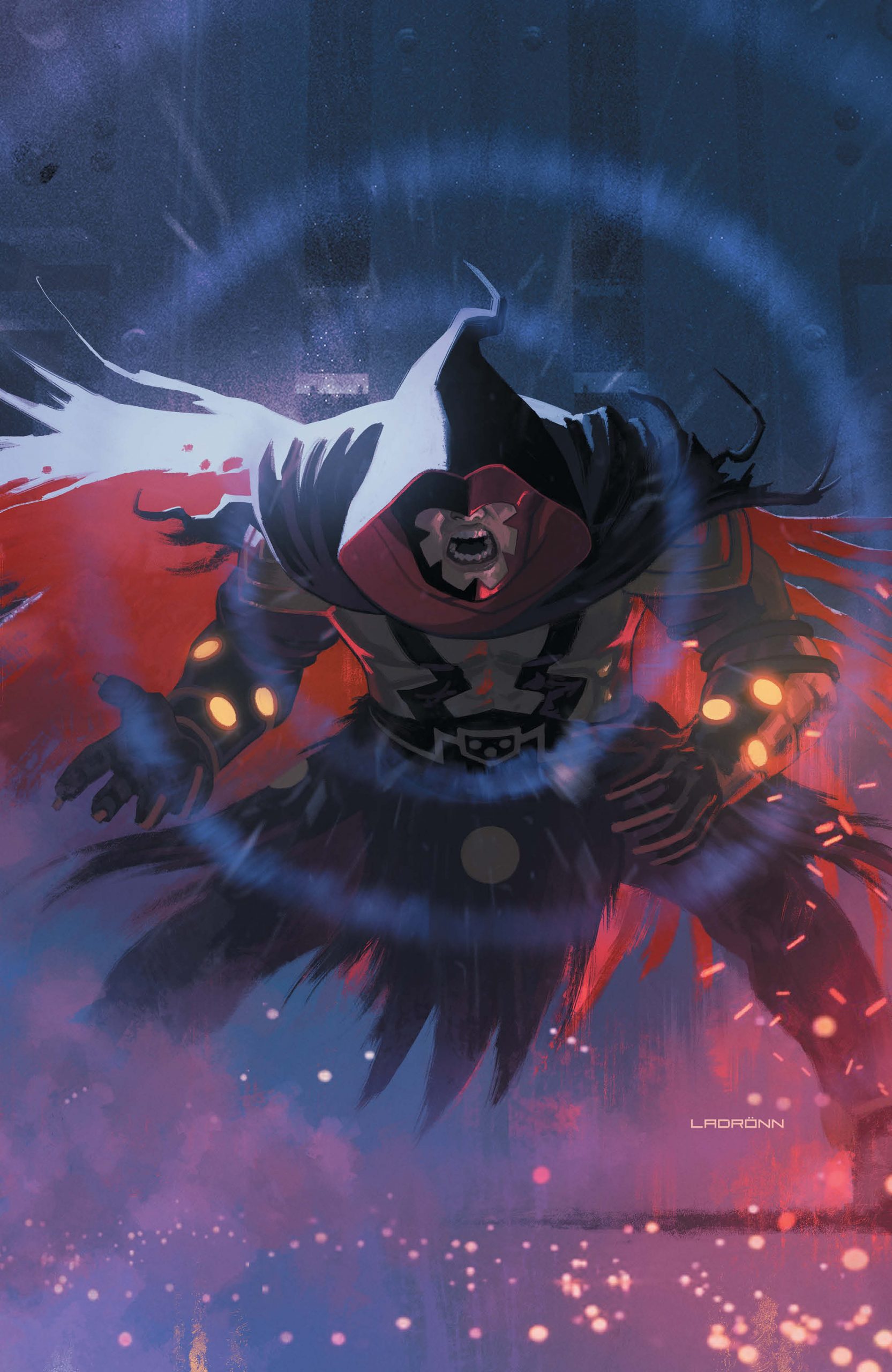 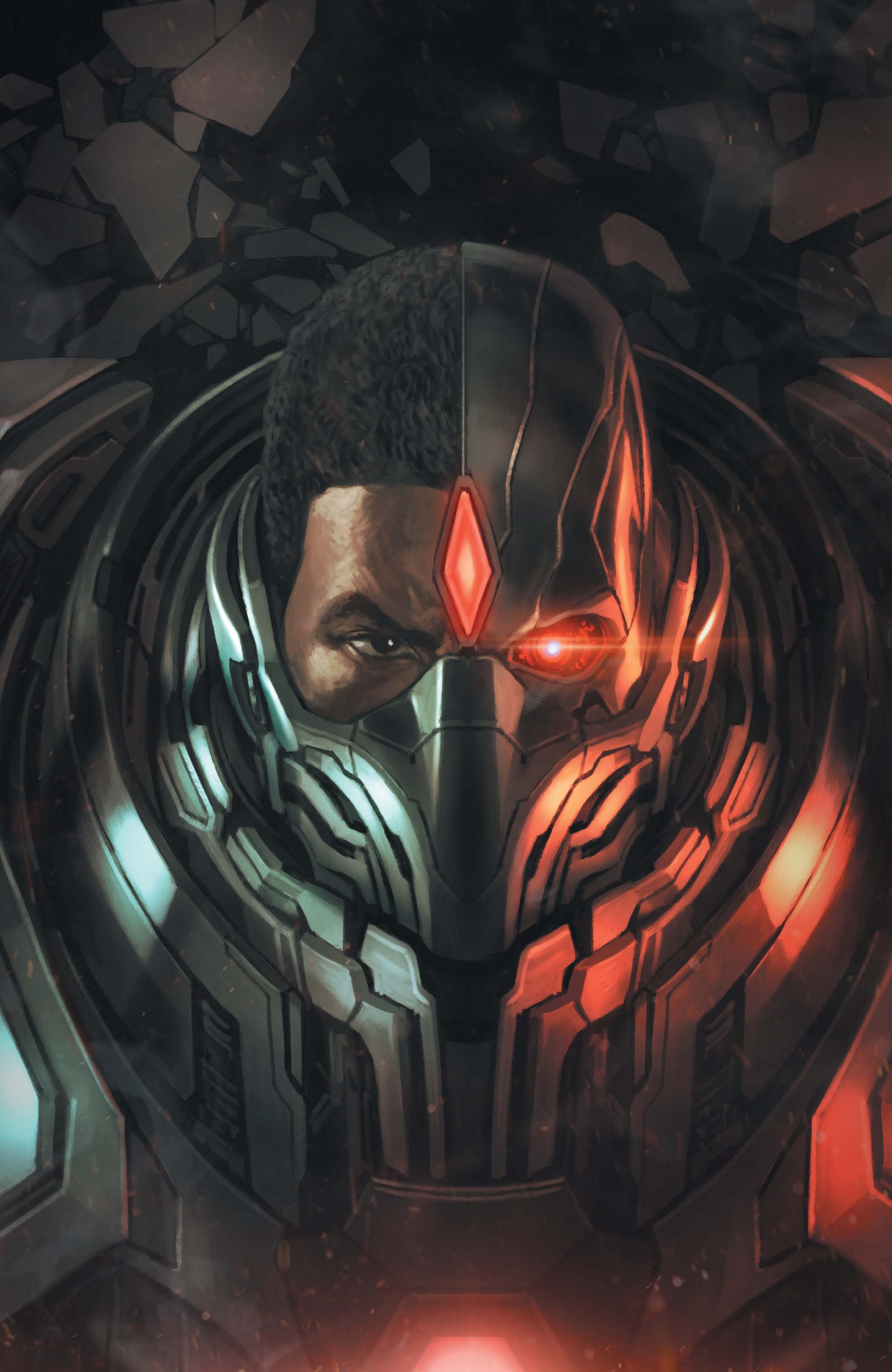 Jessica and Cyborg… Can You Hear Me Now?

Our heroes are in a bit of a pickle, as Darkseid is fast approaching. What we think is a good plan to preserve all of the universe is up for debate. Jessica is torn as Orion, Darkseid’s son, tries to convince her that this connection with Cyborg is simply another attempt by Darkseid to get his hands on Epoch’s device. However, Cyborg’s communications with Jessica indicate that not enough has been taken into account to make this device work in the way that Epoch had envisioned. All this means that the relationship between Darkseid, Epoch and the device isn’t as clear cut, and potentially far more dangerous, than anyone could’ve guessed.

The art depicting Cyborg changing from Darkseid’s puppet to his natural version in Justice League Odyssey #20 is a great testament to Cliff Richard’s drawing skill and his huge contribution to this story-telling. The colors and art explode off the pages, and are a huge part of what makes JLO just as important as Justice League and Justice League Dark. No member of the “Trinity” is needed to prop this book up… Jessica and her team are doing just fine!

Again, readers of the more mainstream comics may well be scratching their collective heads if they miss this issue, and this title. Justice League Odyssey is Jessica Cruz’ team, and now it really shows. There are no self-confidence issues here from Cruz, and she’s becoming a major player in the DC Universe. My advice? You really want to catch up on this series fast!

Review: ‘Batwoman’ Episode 19 “A Secret Kept from All the Rest”