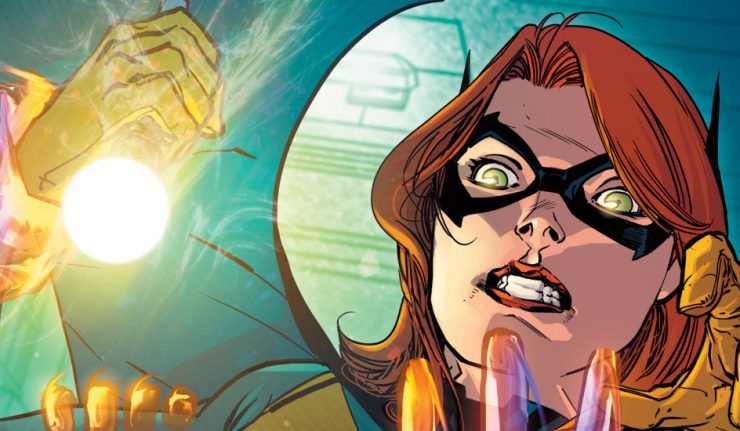 “Graveyards of Words and Bones” – Part One 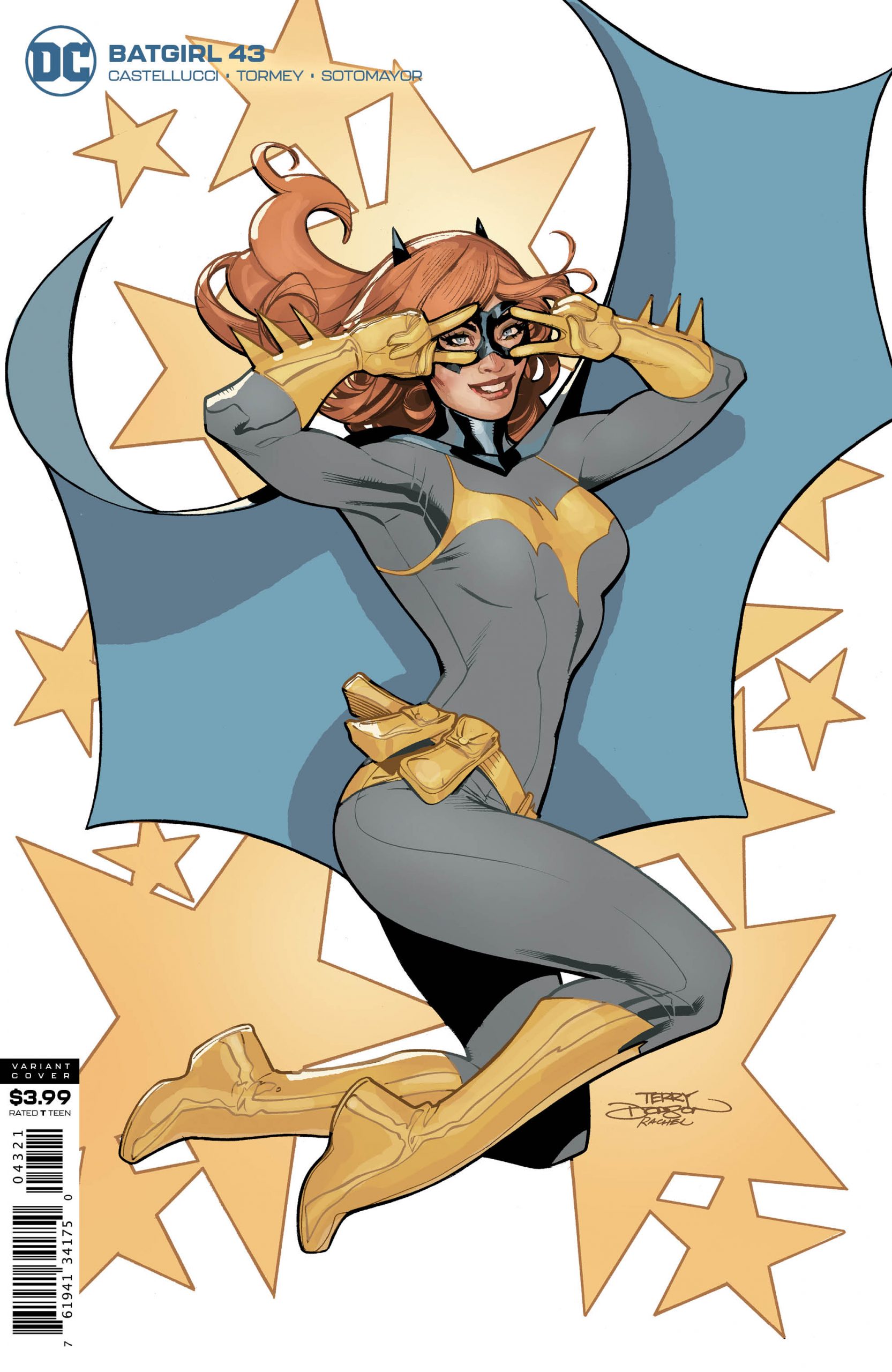 We are in the midst of tidying up the city after Oracle burned it to the ground. Batgirl is flying onto the scene of a new crime, a more… fantastical crime. One almost unbelievable in it’s weirdness, yet Barbara takes it all in her stride. I can already tell from reading Batgirl #43 that this new arc is going to be very fantasy based. It will also, hopefully, help answer some hard questions for our hero.

The Flaming Sword is Mightier than the Pen

The second I understood what was happening in Batgirl #43 there was a ray of light. Barbara has been having a harsh time as of late, so being able to snuggle down with a good book could finally help her unwind. Unfortunately Cecil Castellucci has some other more… fantastical ideas, so I’m not sure how much down time Batgirl is going to have. Castellucci has taken us right back to comic stories. We’ve had a lot of political, emotional and heavy arcs in previous issues, but the writing we’ve seen from Cecil so far we know she can handle both. I for one am glad to get some classic heroic sleuthing. We’re finally seeing what really makes Barbara such a good Batgirl.

It looks like we’ll be delving into some questions that haven’t only been plaguing Batgirl, but also the readers. Who has Barbara’s heart? Castellucci seems to have some ideas, or at least she seems to be leading us in the direction of discovering something. There was some great conversational banter between new characters in Batgirl #43 and Cecil is proving that she’s a great addition to the team. 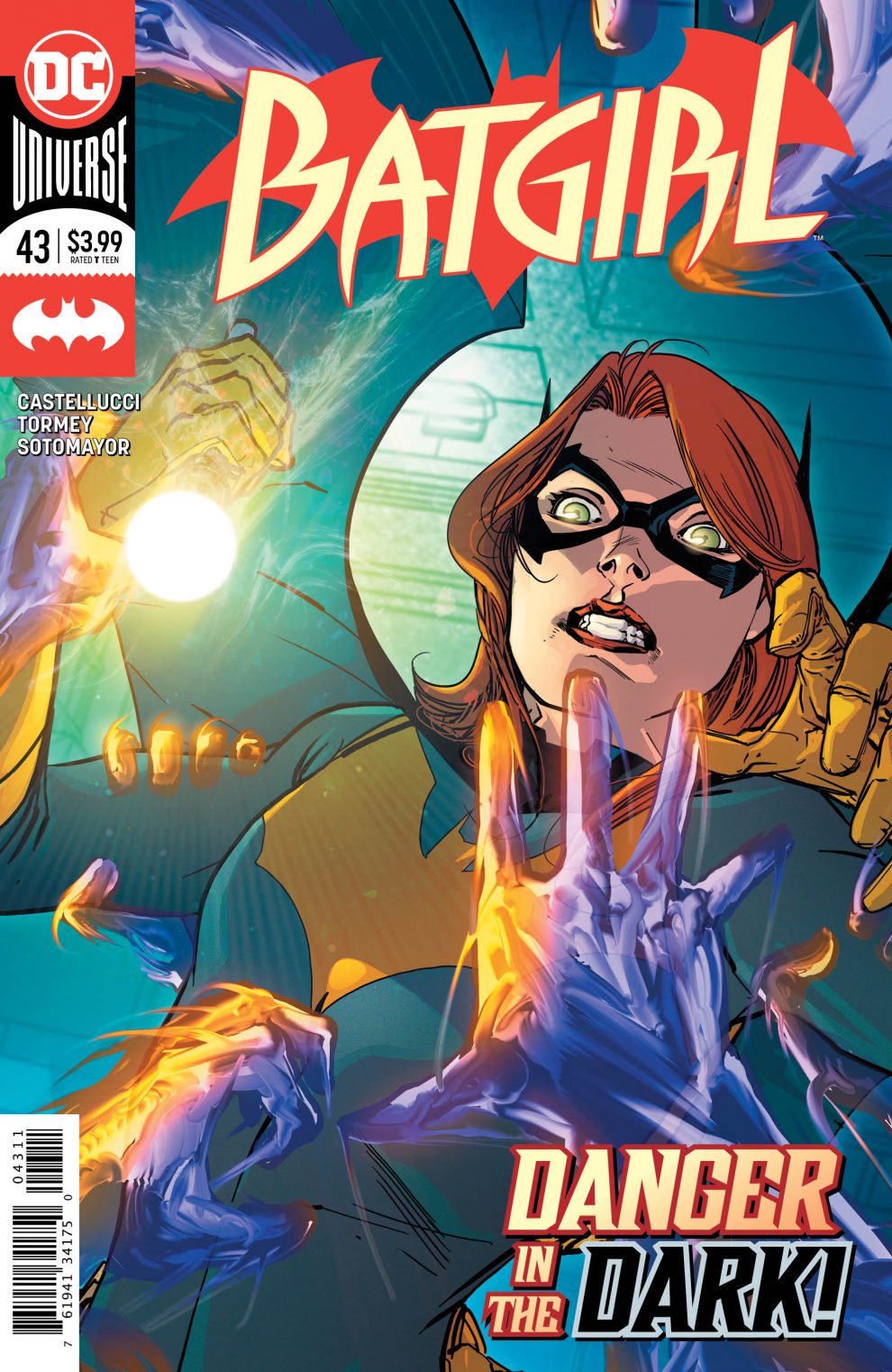 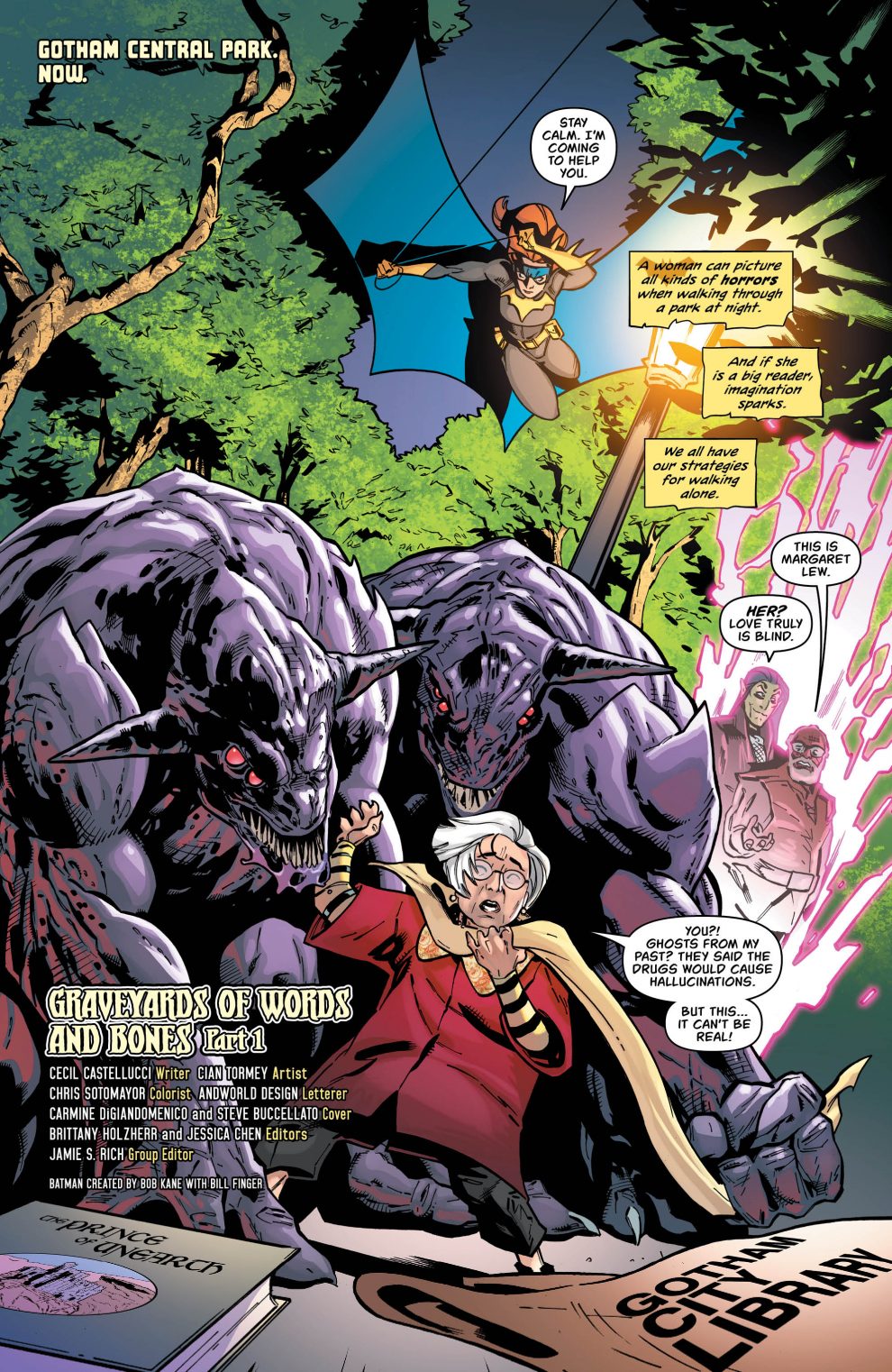 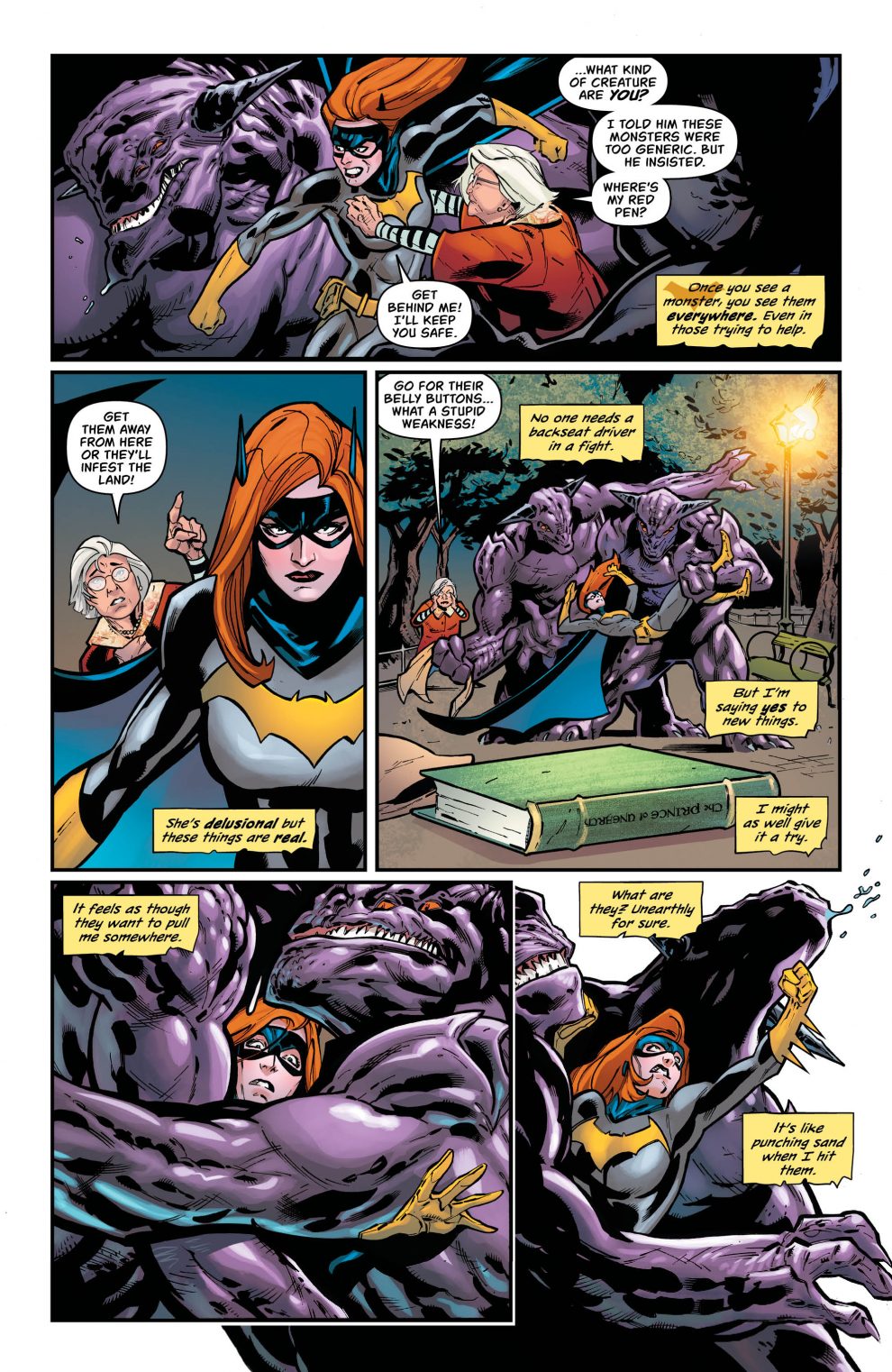 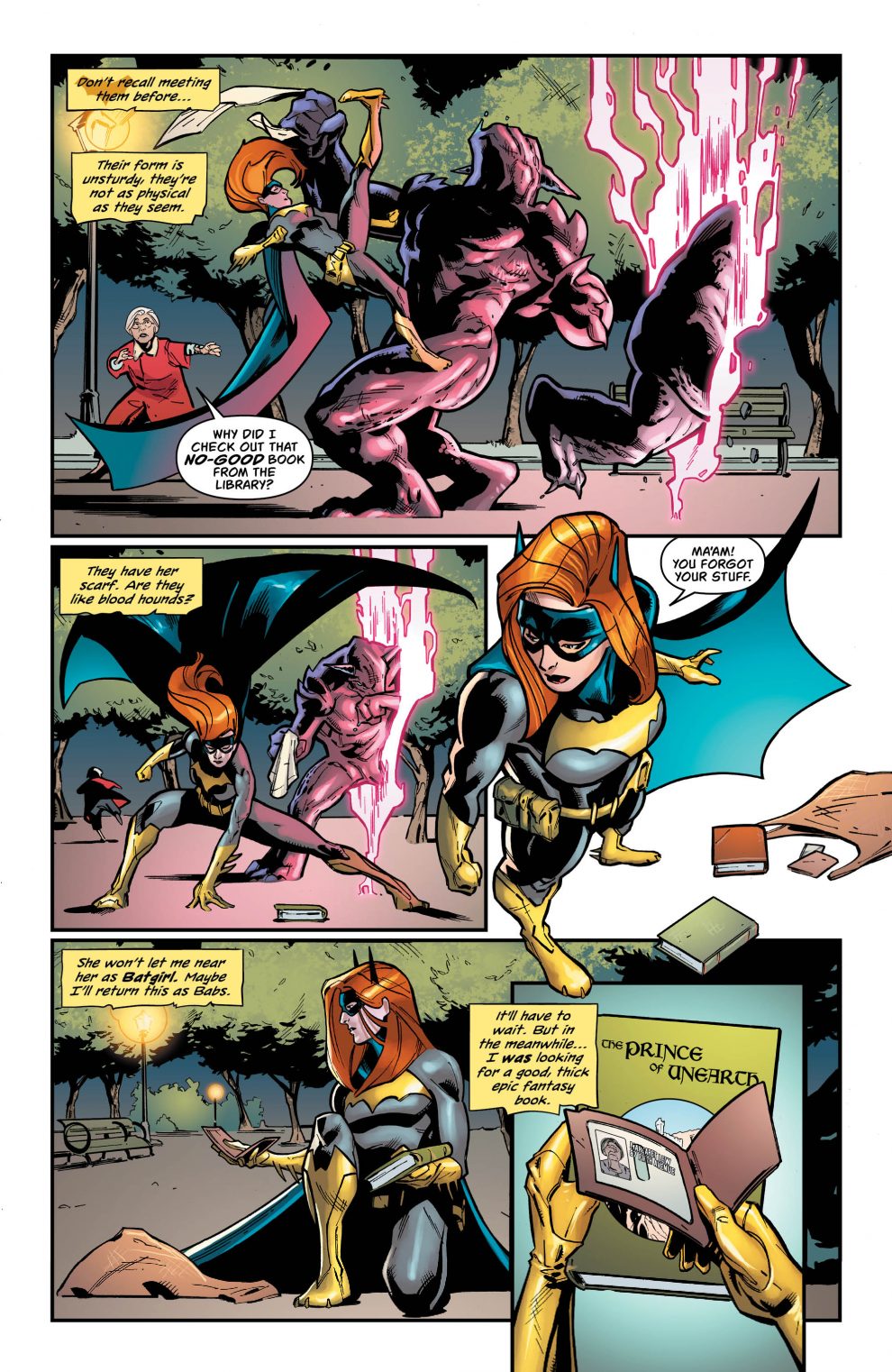 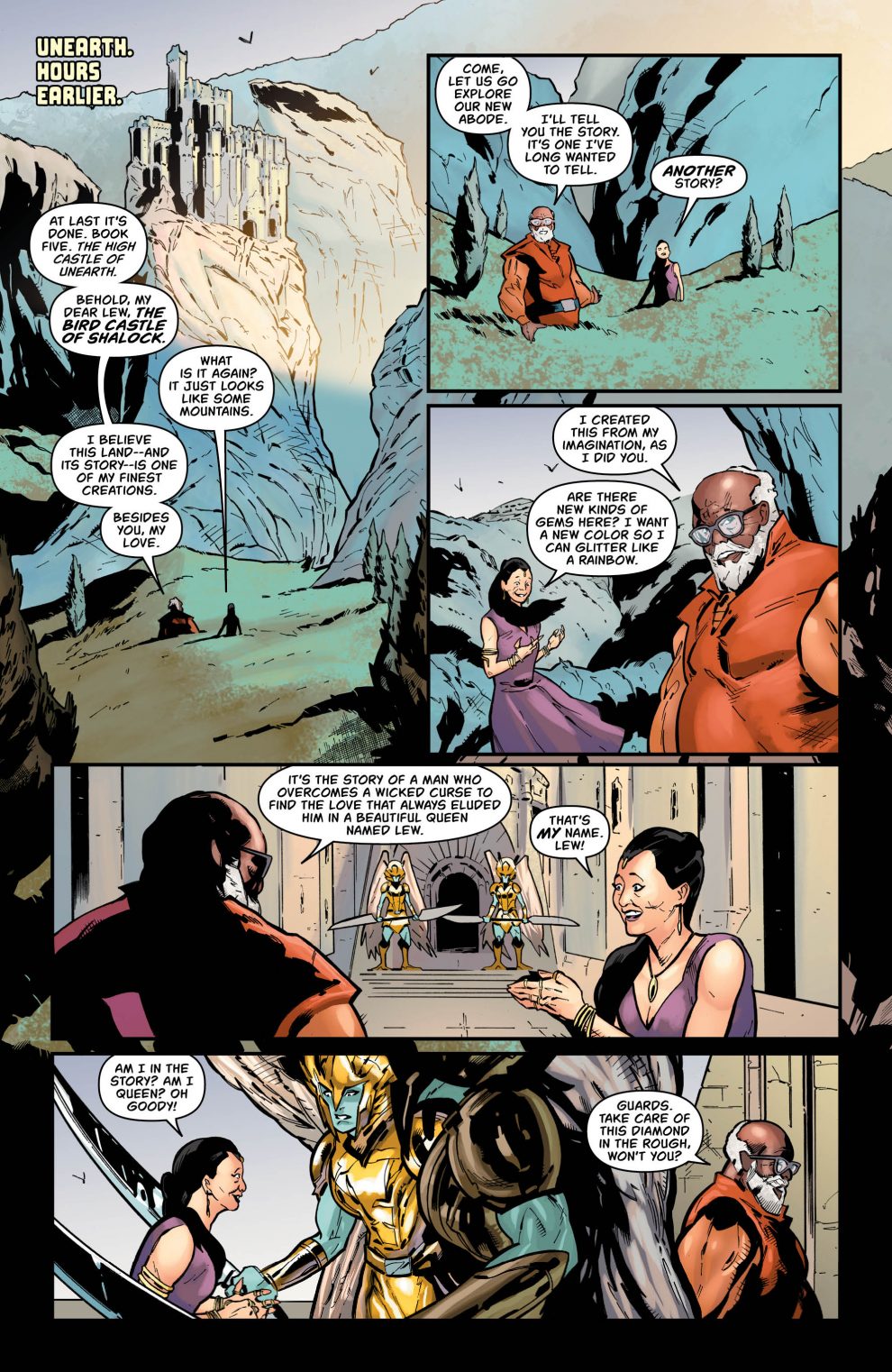 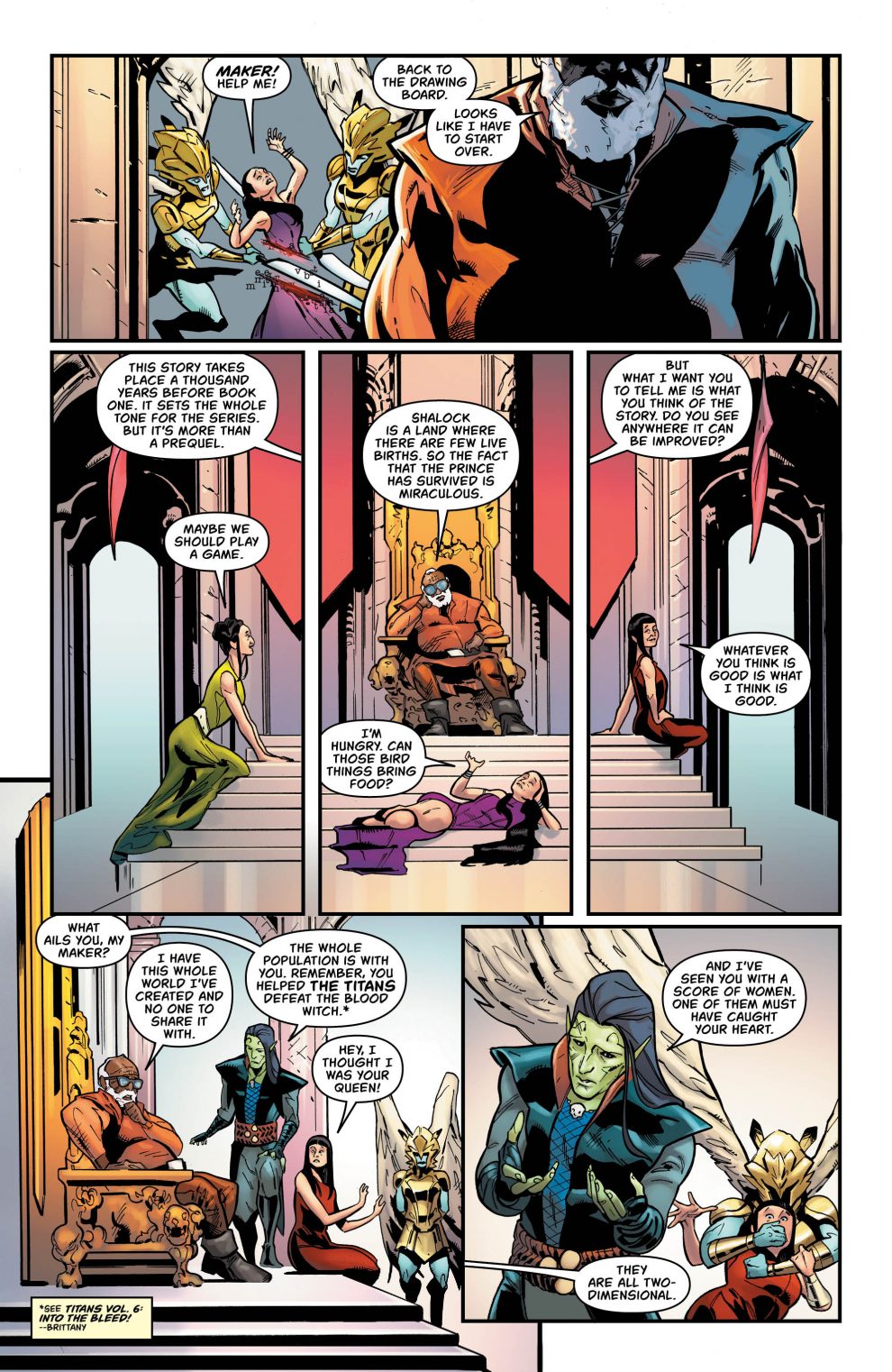 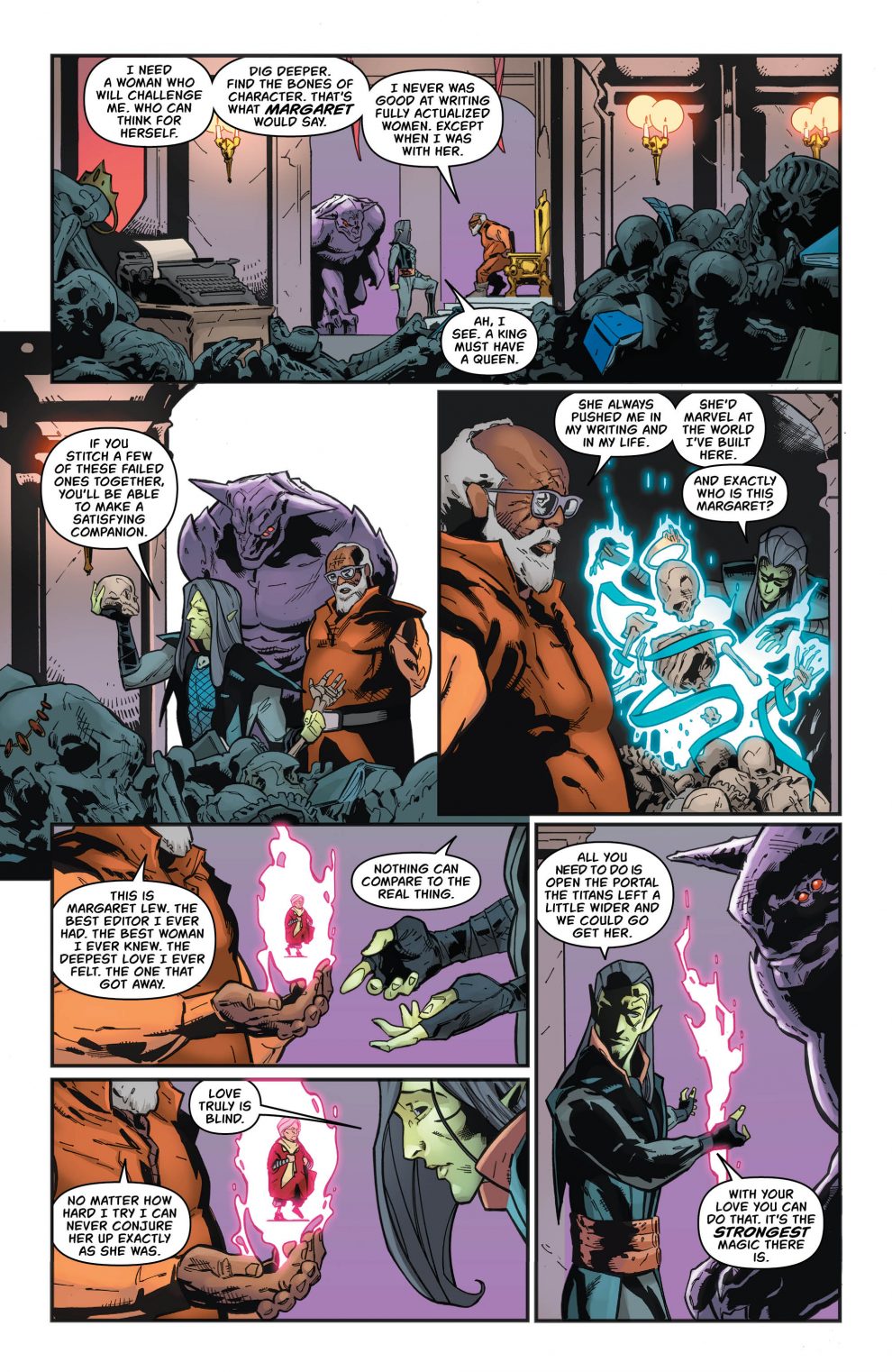 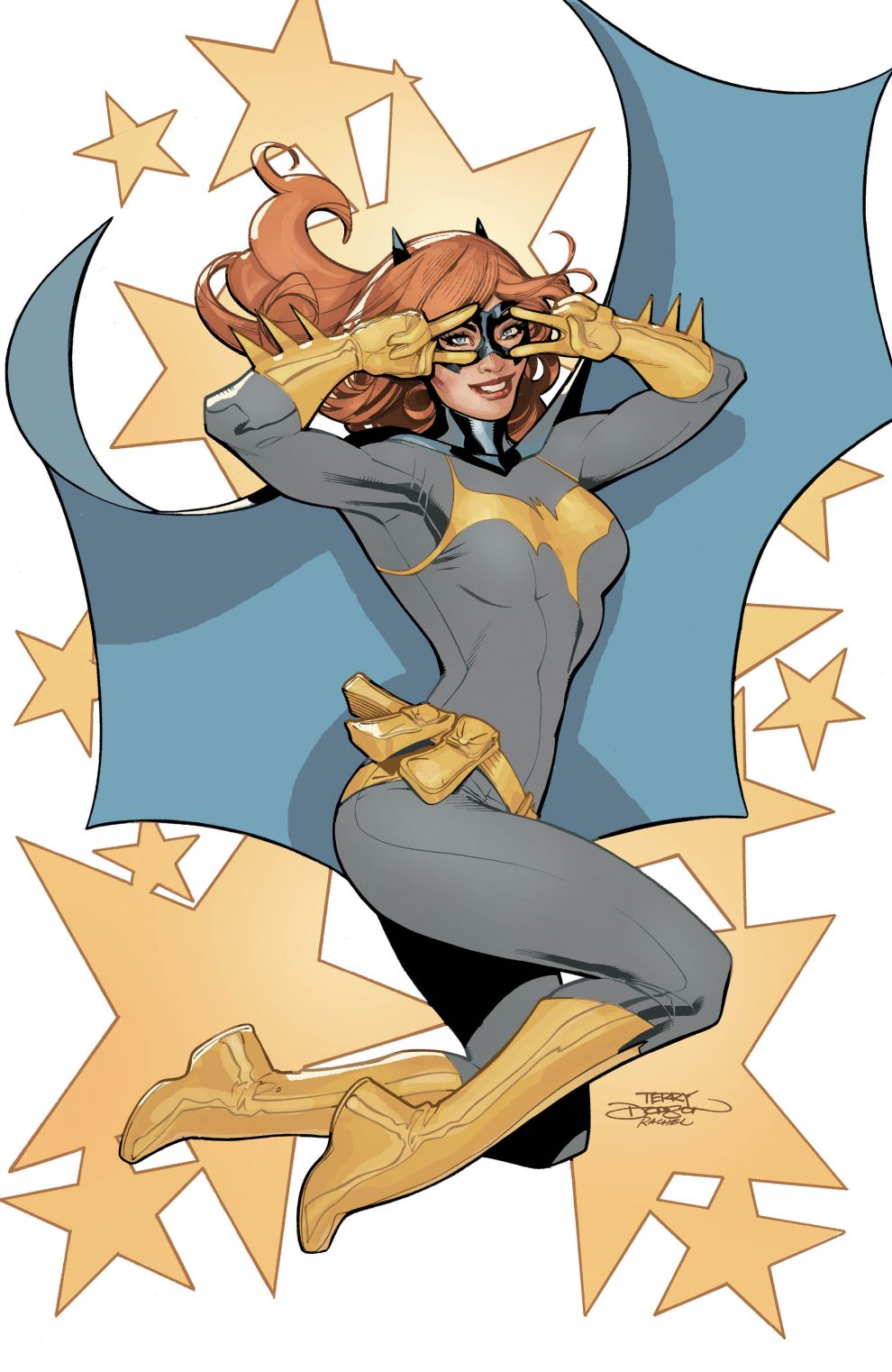 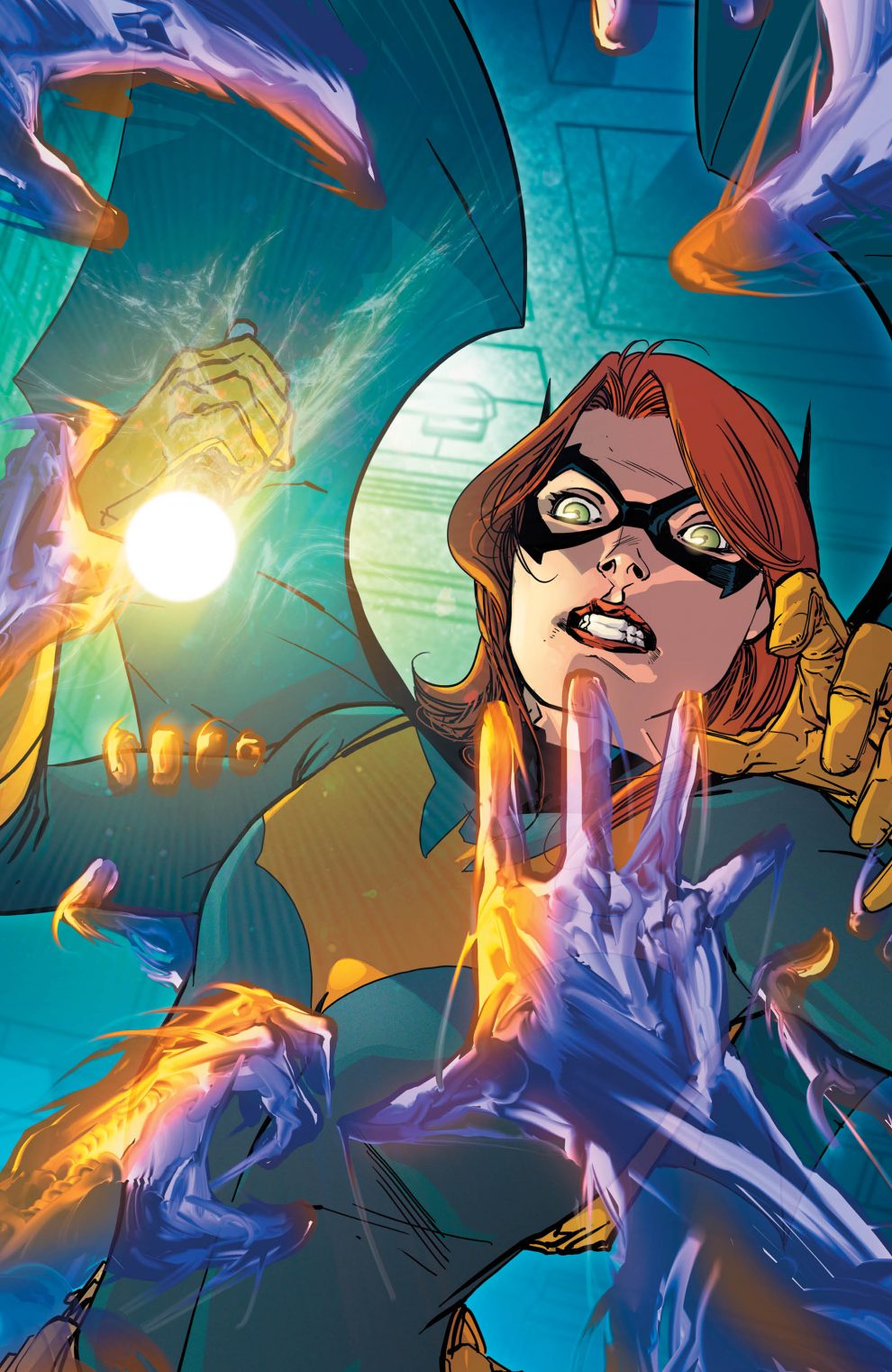 From the way Batgirl is decked out in her knight’s armour, I think the new art team is onto something. The design of the new places we get to see and the fantastical elements Barbara goes up against, are really set up nicely. We can tell from the use of panels and design that Cian Tormey and Chris Sotomayor have done this before. Their attention to detail is outstanding. The way these artists have just taken it all in their stride and come out swinging would make even Batgirl proud.

Now we have some idea of where this new story line might be going for Babs, I couldn’t be more excited. There are still things we don’t know and ways this story could spin out of control, but I’m happy to be along for the ride. I have a feeling we’ll be seeing more of these new characters and places.

Batgirl has some soul searching to do and, as per usual, some innocent bystanders to save. Until the next issue, keep reading folks!