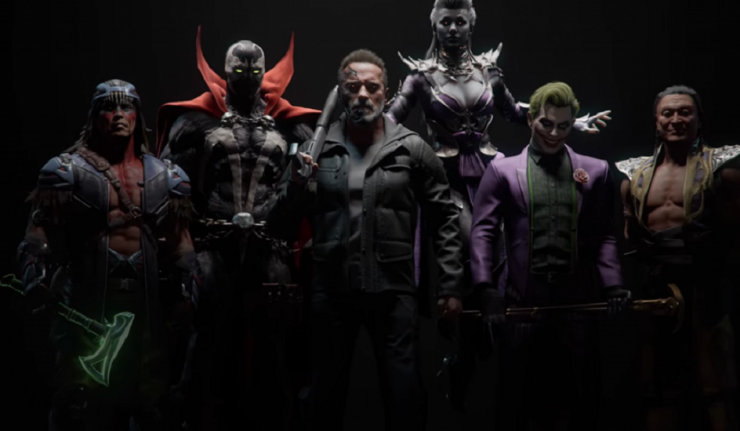 Mortal Kombat 11 has announced the Joker is coming soon in their new announcement trailer.

The Joker will be available as a downloadable character in the fighting game. The Clown Prince of Crime will debut January 28, 2020. The trailer features Joker in his new dapper, but slightly dishevel look.

Back when Joker was announced as part of the downloadable content pack for Mortal Kombat 11, fans were surprised how handsome the Joker looked. The new trailer now features a Joker with a craggier face and a pointier nose. His eyes also appear to be more sunken and darker. For a lack of a better term, the MK11 developers “ugly-fied” the Joker. His tweaked look certainly looks more in-line with his traditional appearance.

The clip features the Joker going up against and trash-talking Harley Quinn. This appears to be the Joker’s in-game intro clip. Unfortunately, no gameplay footage was shown. MK 11’s developer NetherRealm will likely premiere first gameplay footage of Joker in action early next year on Twitch. Joker is part of the game’s Season Pass.

The Joker is voiced by Richard Epcar. The voice actor previously portrayed the Joker in  the Injustice games and Mortal Kombat vs. DC Universe.

Mortal Kombat 11 is currently available on Xbox One, PlayStation 4 and Nintendo Switch.