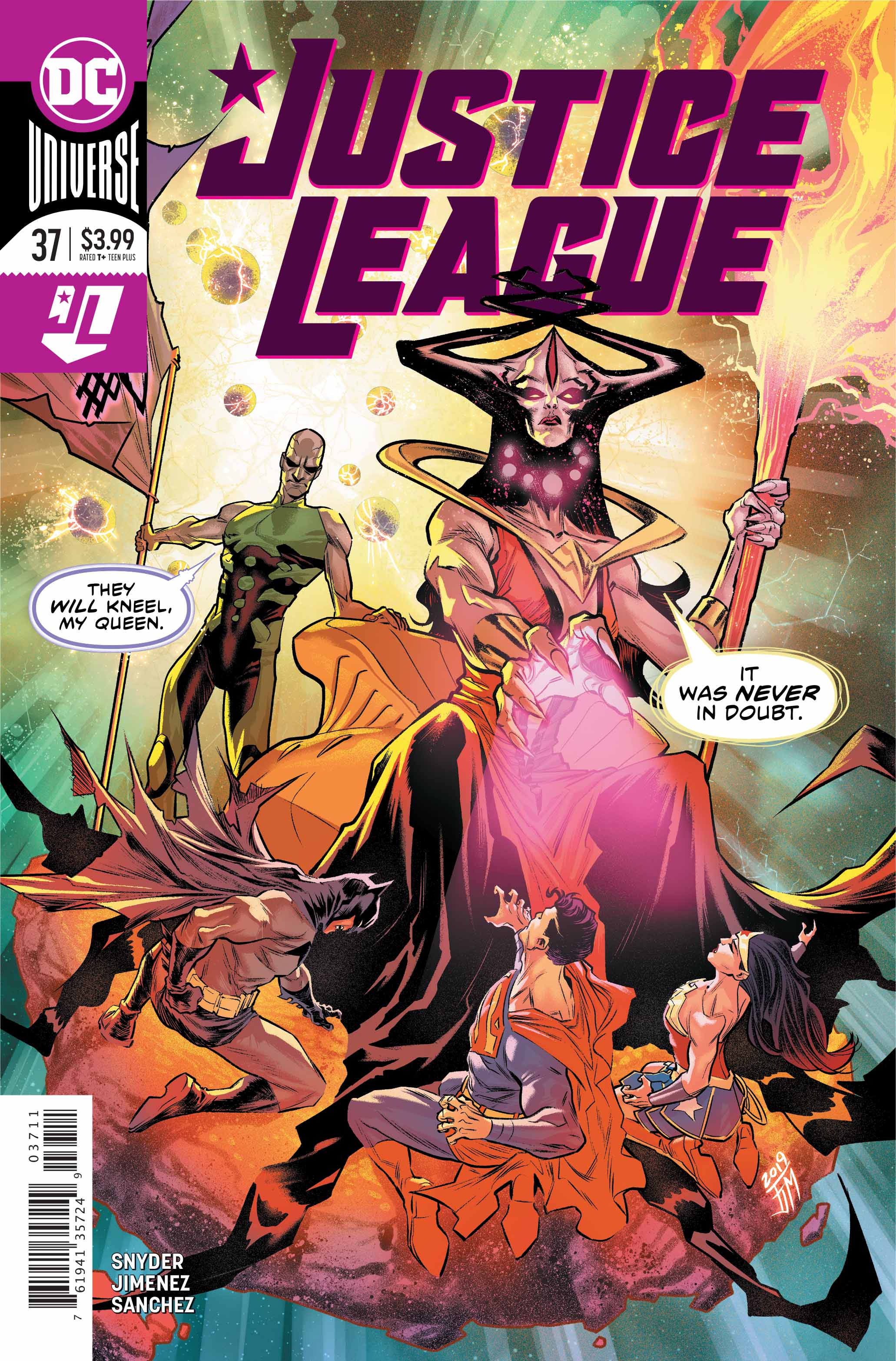 The War of Justice and Doom has reached boiling point, as each side summons their army for battle, in this week’s cataclysmic Justice League #37.

A major battle has erupted on Earth between an expanded League roster and Luthor’s Apex Predators. Heroes from across the multiverse have come to Earth-0 to stand against Luthor, Perpetua and their army. Each side has weaponized their respective bases, as the Hall of Justice and Hall of Doom are now flying fortresses of destruction. Needless to say, this battle is epic in every sense of the word.

While the battle rages outside, the main League members (with the exception of Batman and John Stewart) are trying to channel the power of the Totality in hopes of gaining an edge over the Legion. After failing to unlock its power, the League realizes they need Hawkgirl due to her connection to the this cosmic power.

It’s apparent that Justice League #37 is the beginning of the end for the “Justice/Doom” arc. There are two issues left in the current run, and things have escalated exponentially. Surprisingly, this issue is missing Scott Snyder’s partner in crime: James Tynion IV. Over the course of the run, Tynion has produced some amazing issues, with his influence often having a grounding effect on Snyder’s high concept stories. Here, luckily, it’s hardly noticeable that Tynion has jumped off the book. The issue is so action-packed that Snyder doesn’t have the chance to break into long passages of exposition, which he is known to do. Overall, this script is exciting as things begin to wrap up in the narrative. 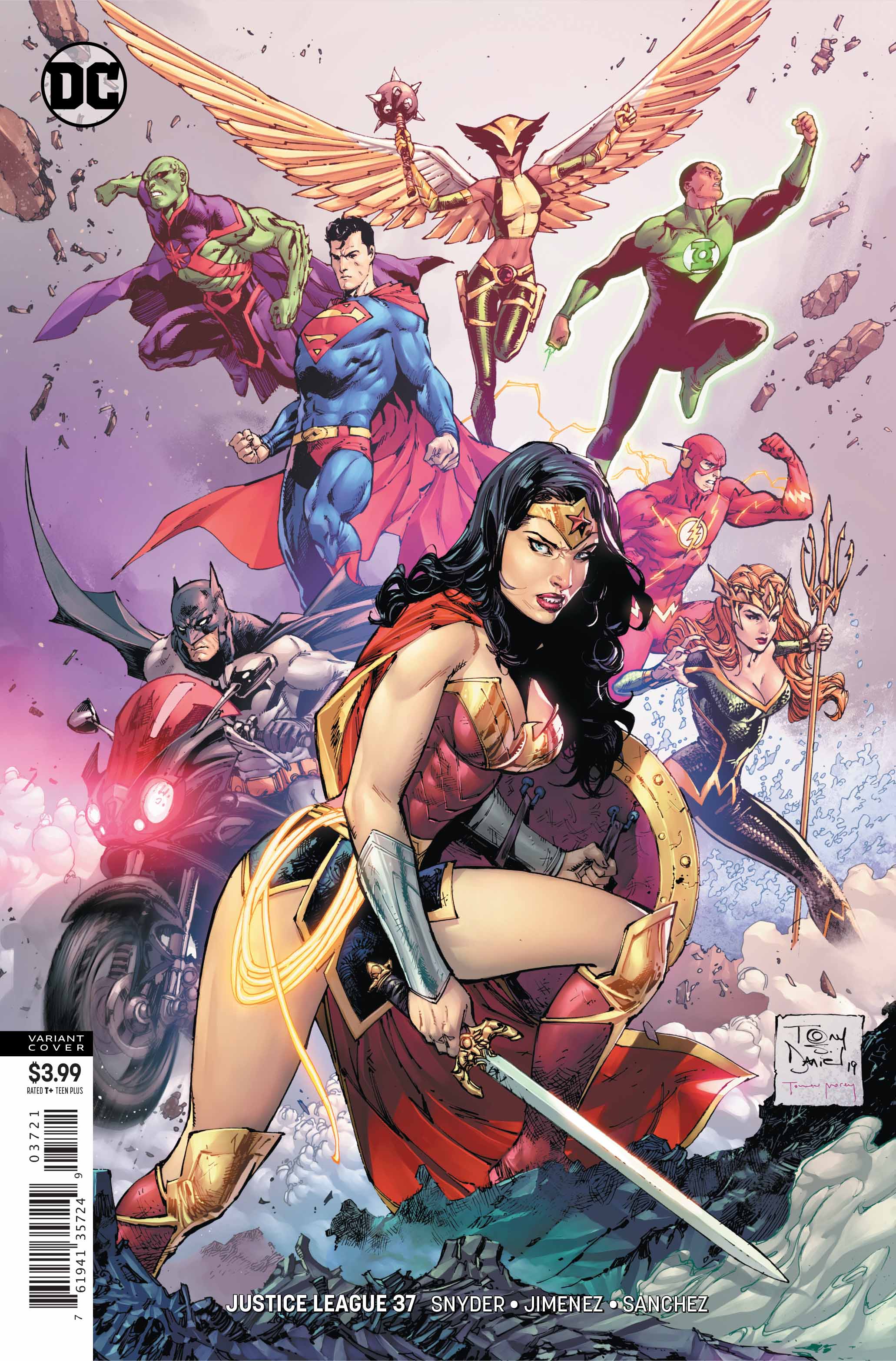 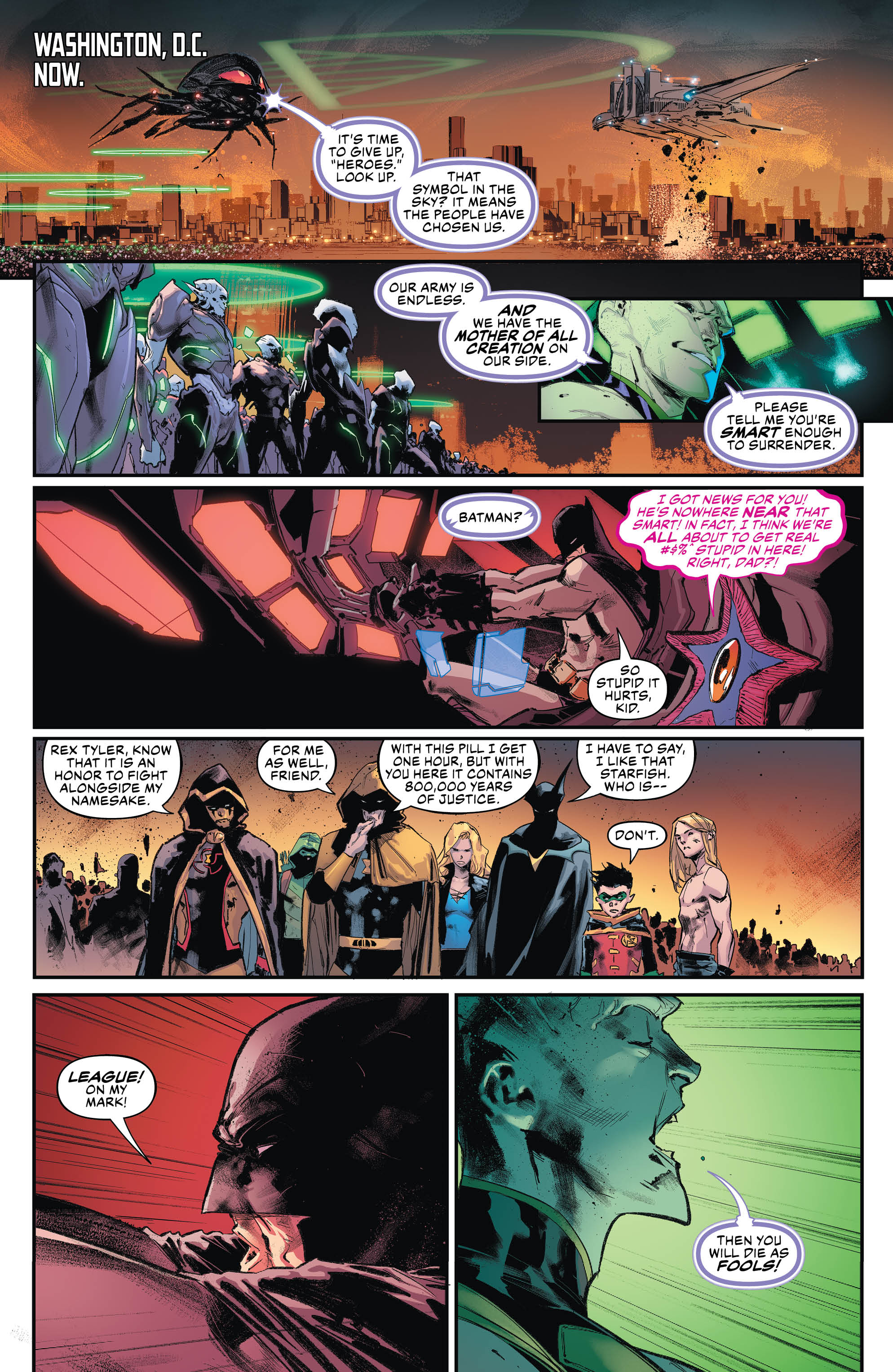 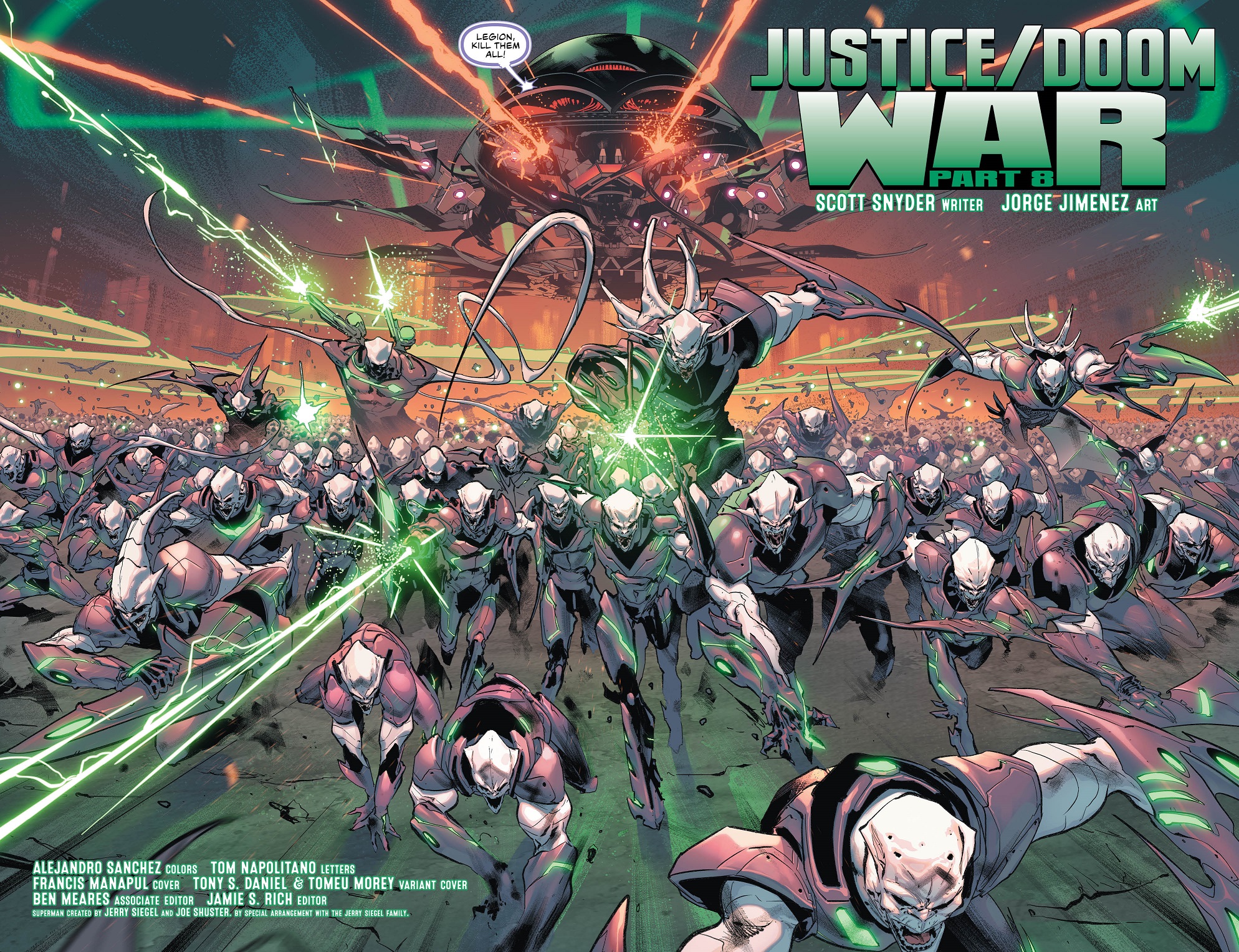 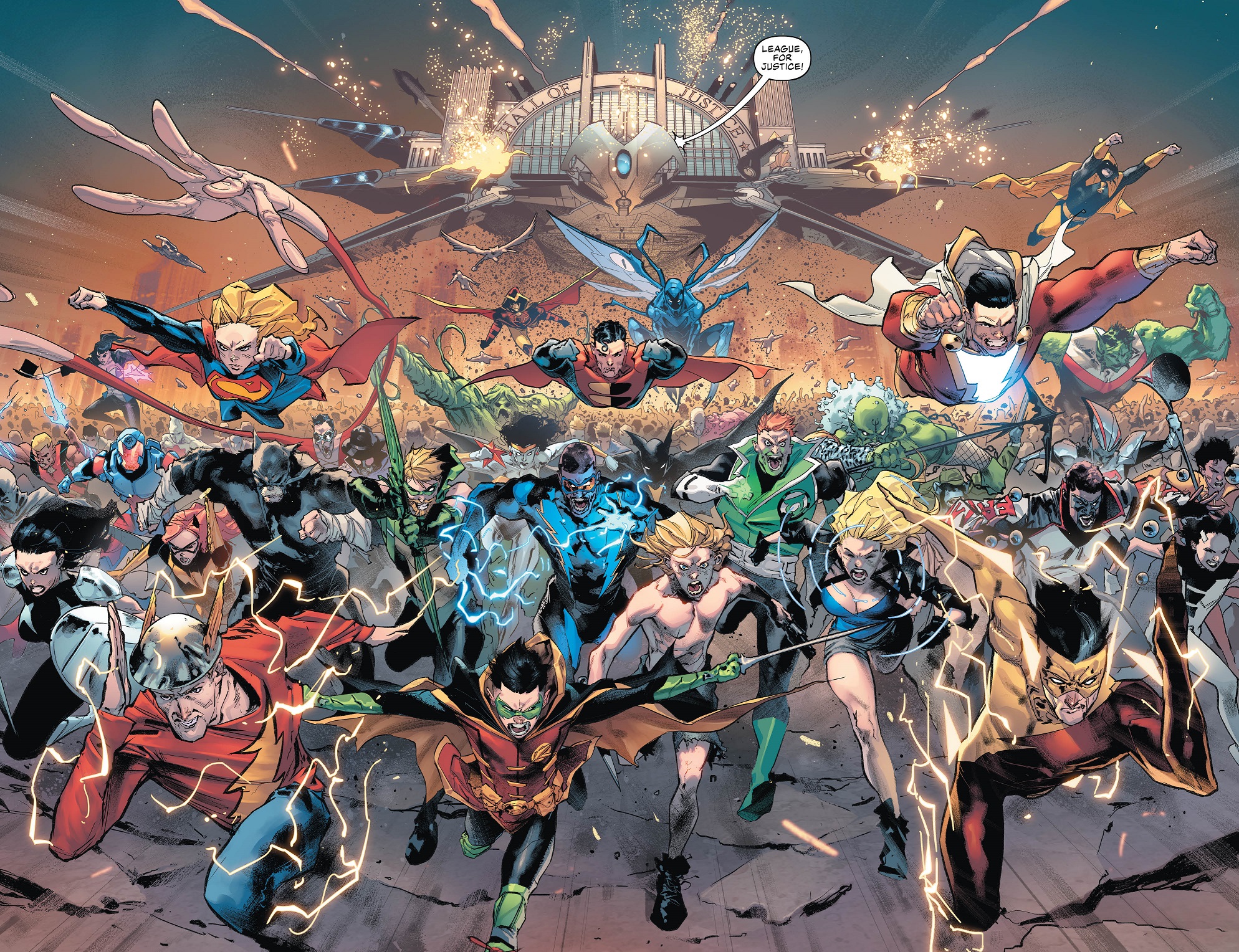 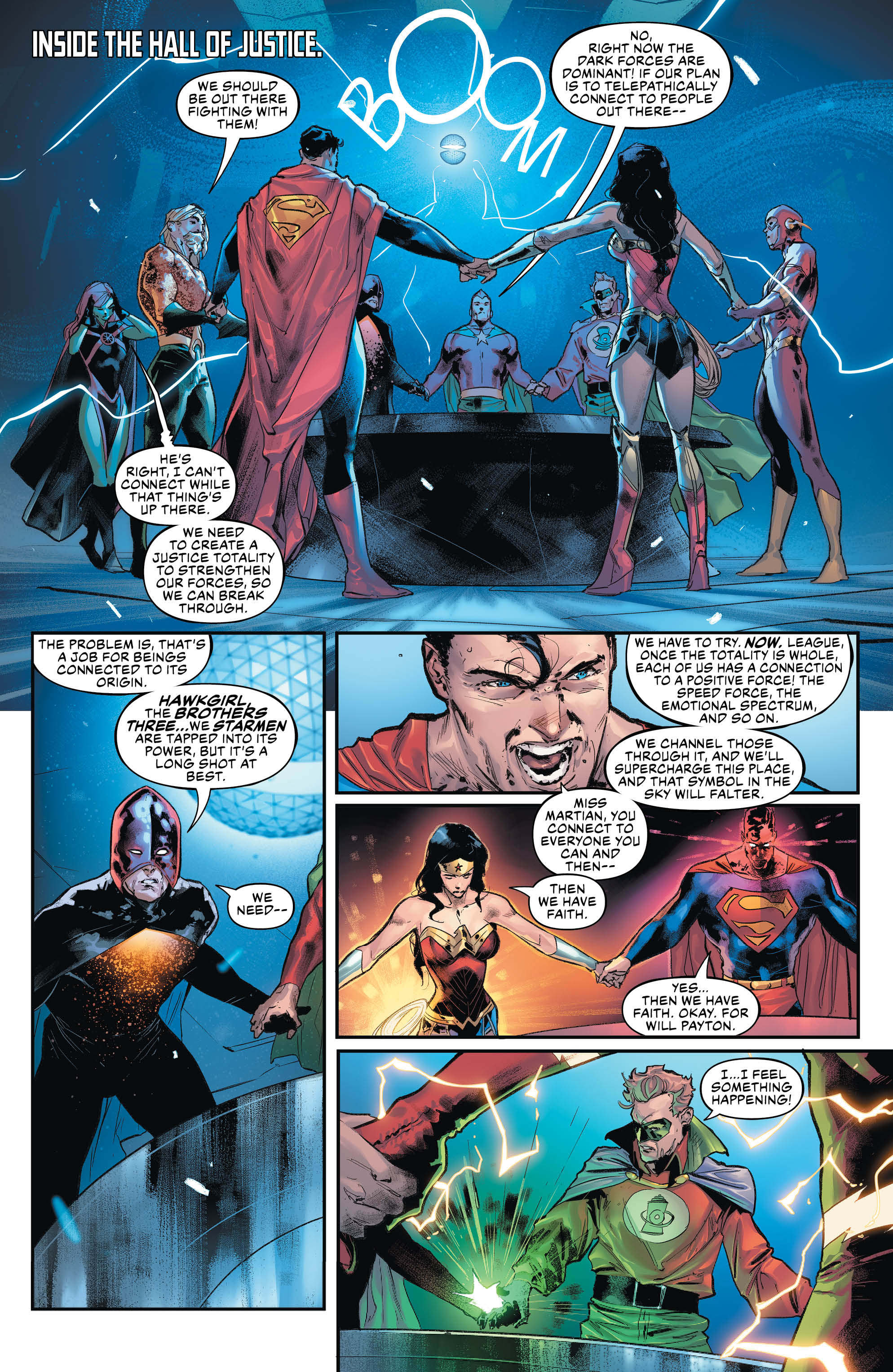 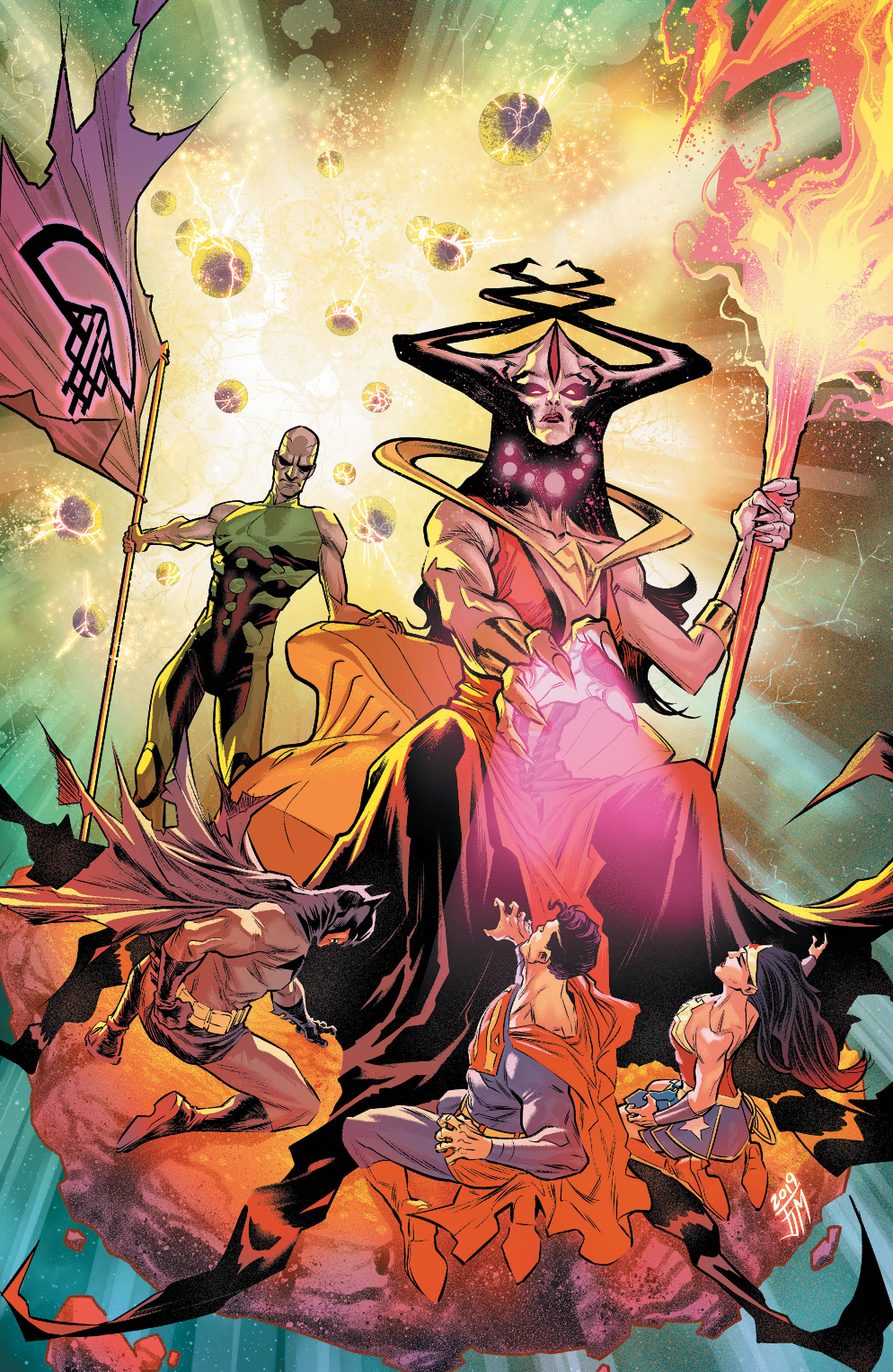 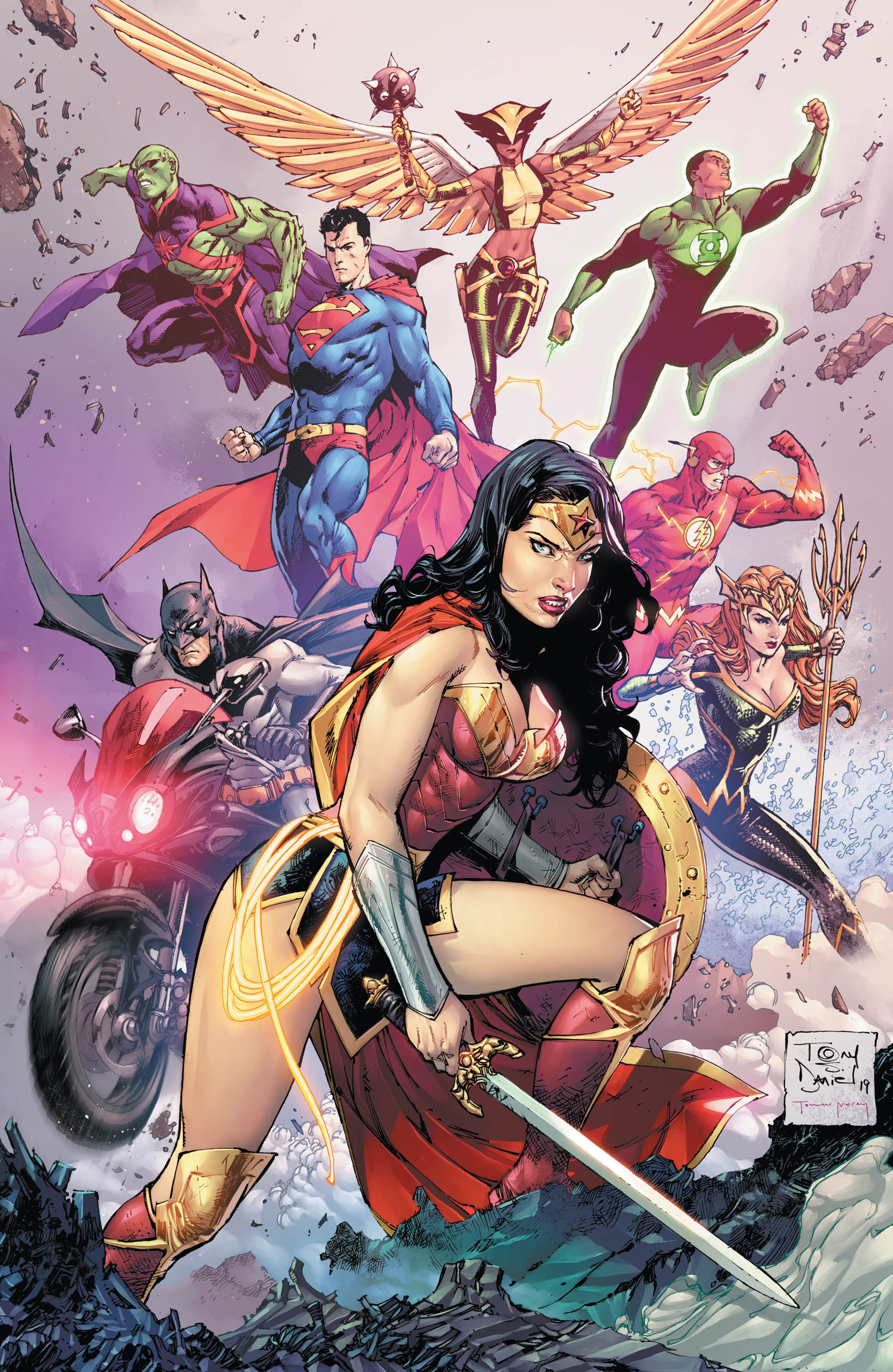 The current run of Justice League has seen a fair share of talented artists; however, Jorge Jimenez has been the artistic godfather for Snyder and Tynion’s tenure. Everything comes full circle, as Justice League #37 marks the return of Jimenez to the book, just in time to finish up the run. As usual Jimenez’s work is stylistic and stunning. His unique pencil work brings a certain je ne sais quoi to the reading experience. Maybe it’s because he co-wrote The Sixth Dimension arc with Snyder and therefore has a special relationship to this story. I don’t know, but what I do know is that Jimenez’s work pops in a way that other artist’s material doesn’t.

Justice League #37 is a wild ride. Snyder brings his A-Game, as his most ambitious DC run comes to a close. Jimenez serves as a great companion for this tour de force. These two have two issues to finish before the run ends, and I can promise what’s coming will be a doozy.

Final Verdict: This issue is popcorn comics at it’s best. Read it.