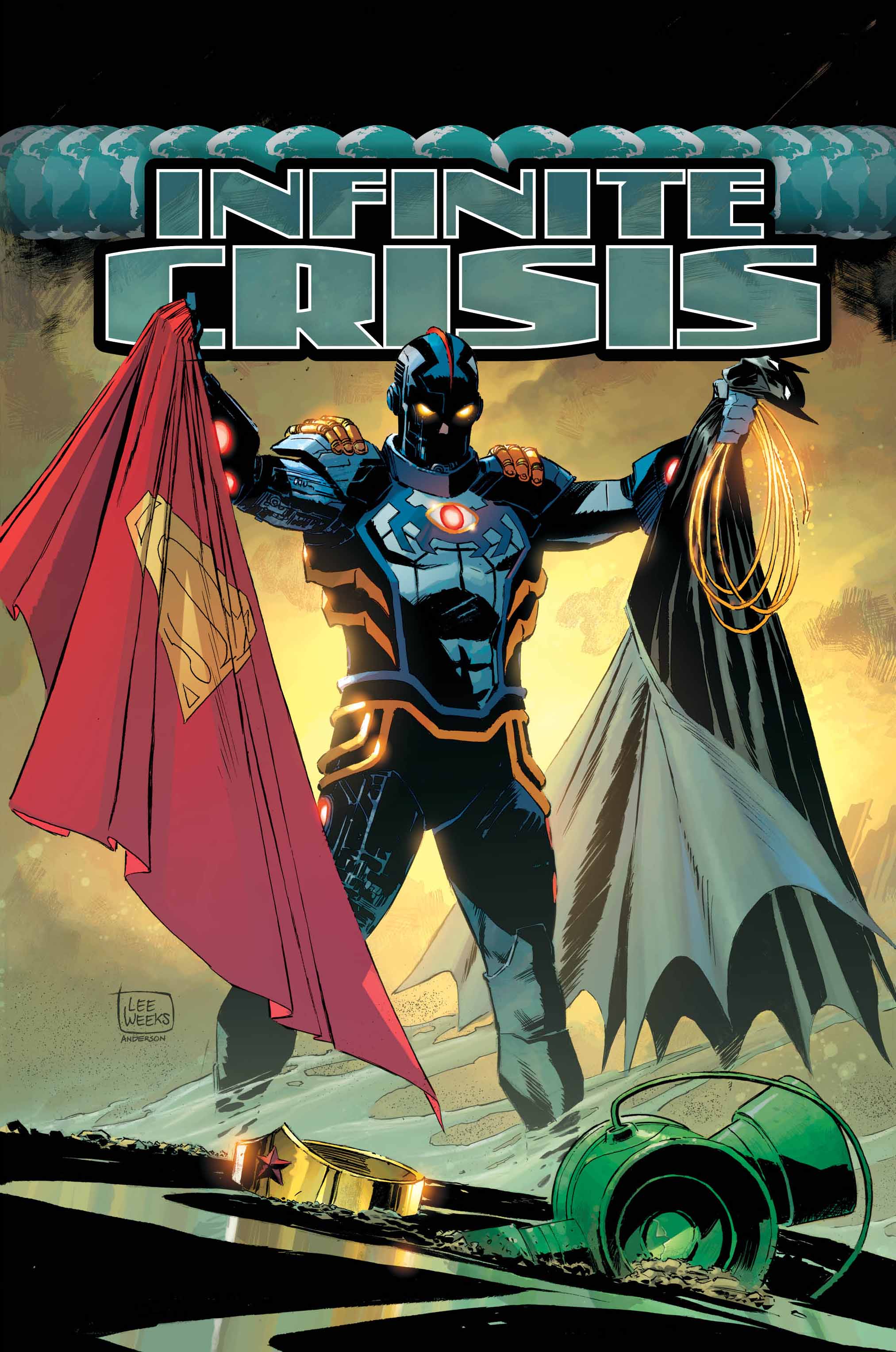 Tales From the Dark Multiverse: Infinite Crisis is a cool insight into what would have happened if Blue Beetle had survived. The “What if”-style story mostly sticks to this premise until the very end.

Infinite Crisis is one of the better Tales From the Dark Multiverse. The idea is very obvious and relatable. Instead of Maxwell Lord murdering Blue Beetle, Ted Kord kills Lord. We then see Beetle taking control of Checkmate and OMAC. The scenario mostly makes sense, because of pre-established characterization. Beetle is motivated by how many of the other heroes look down on him, and this inferiority complex drives Ted to prove himself better than the other heroes. With the power of OMAC and Checkmate at his disposal Beetle can make actual changes.

Writer James Tynion IV was wise to use Batman’s connection with Sasha Bordeaux to lay out the developments in a succinct way. It was clever to pull from previously-established continuity to further his story. In fact, Tynion uses a lot of good continuity bites from the original Infinite Crisis to advance the plot. Like, utilizing Alexander Luthor’s original plot or Superboy Prime’s personality. 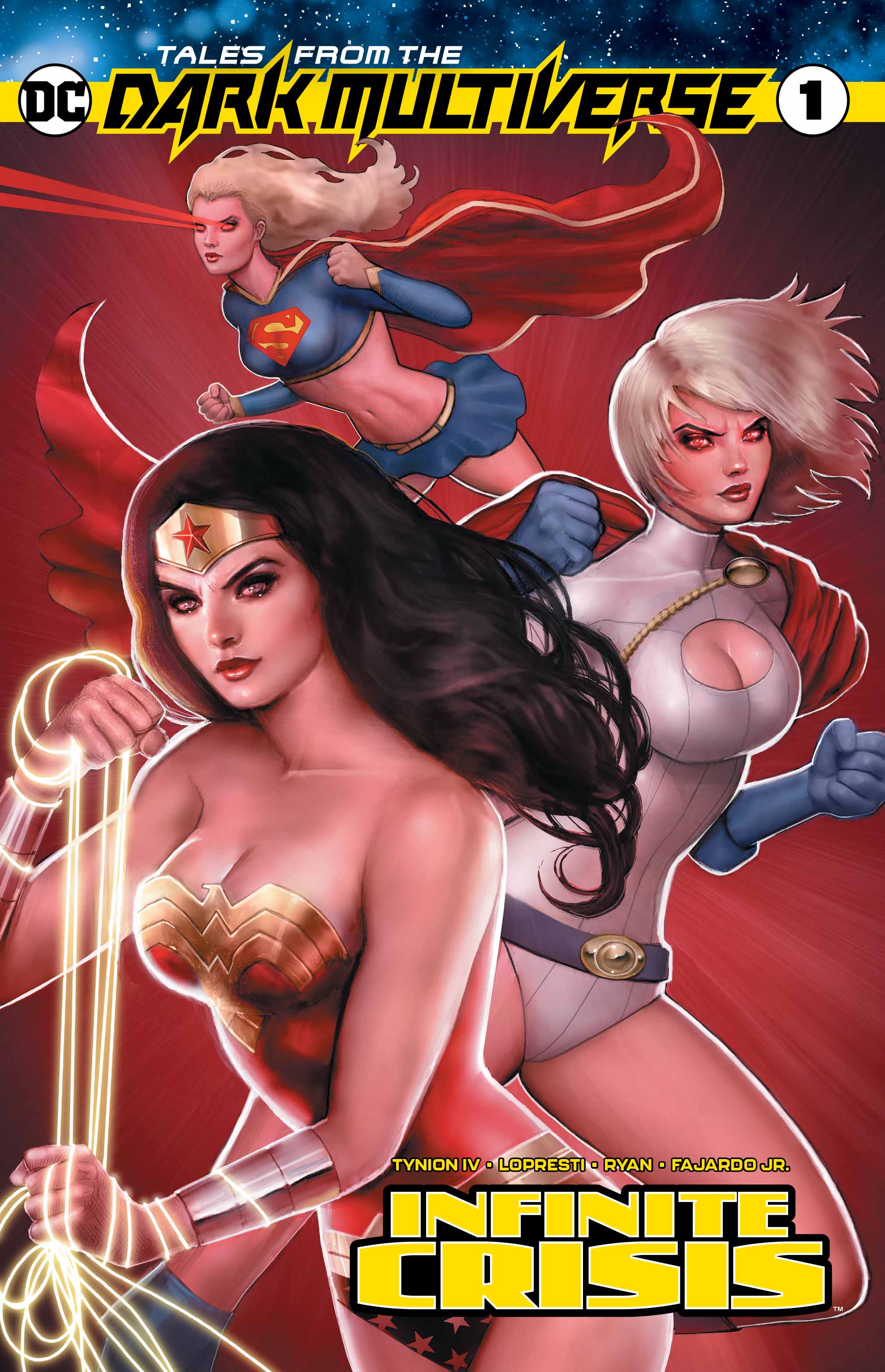 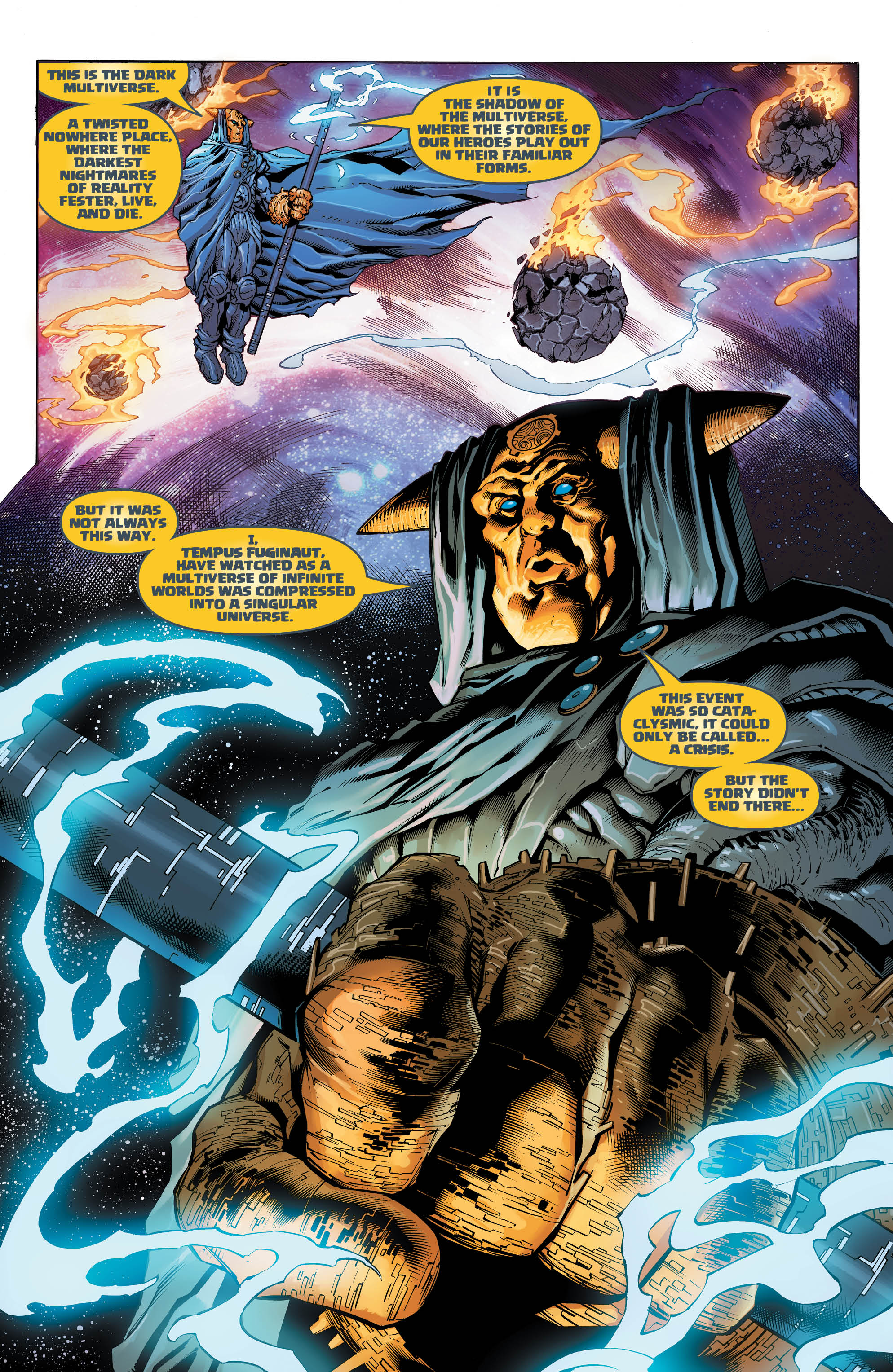 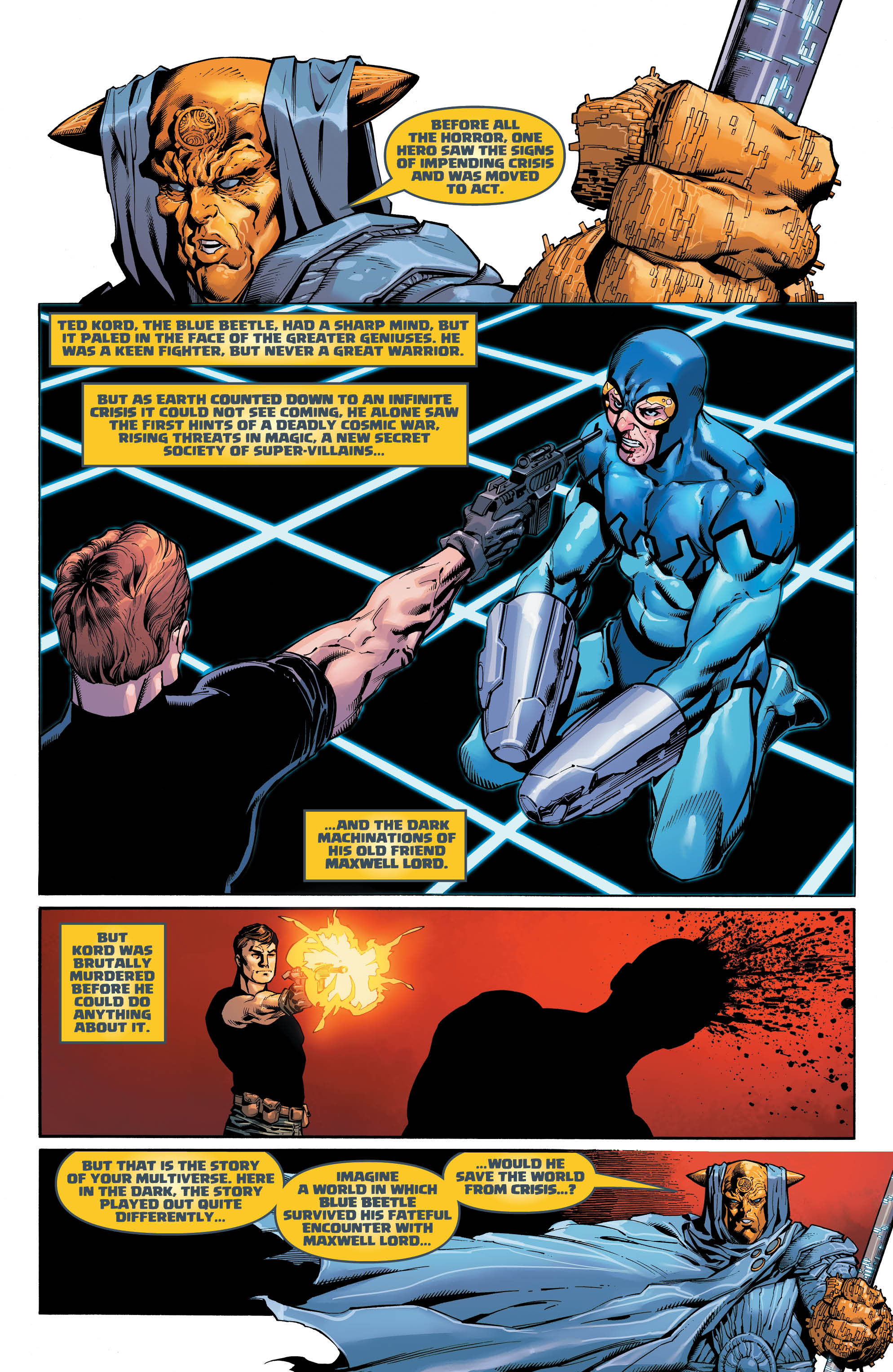 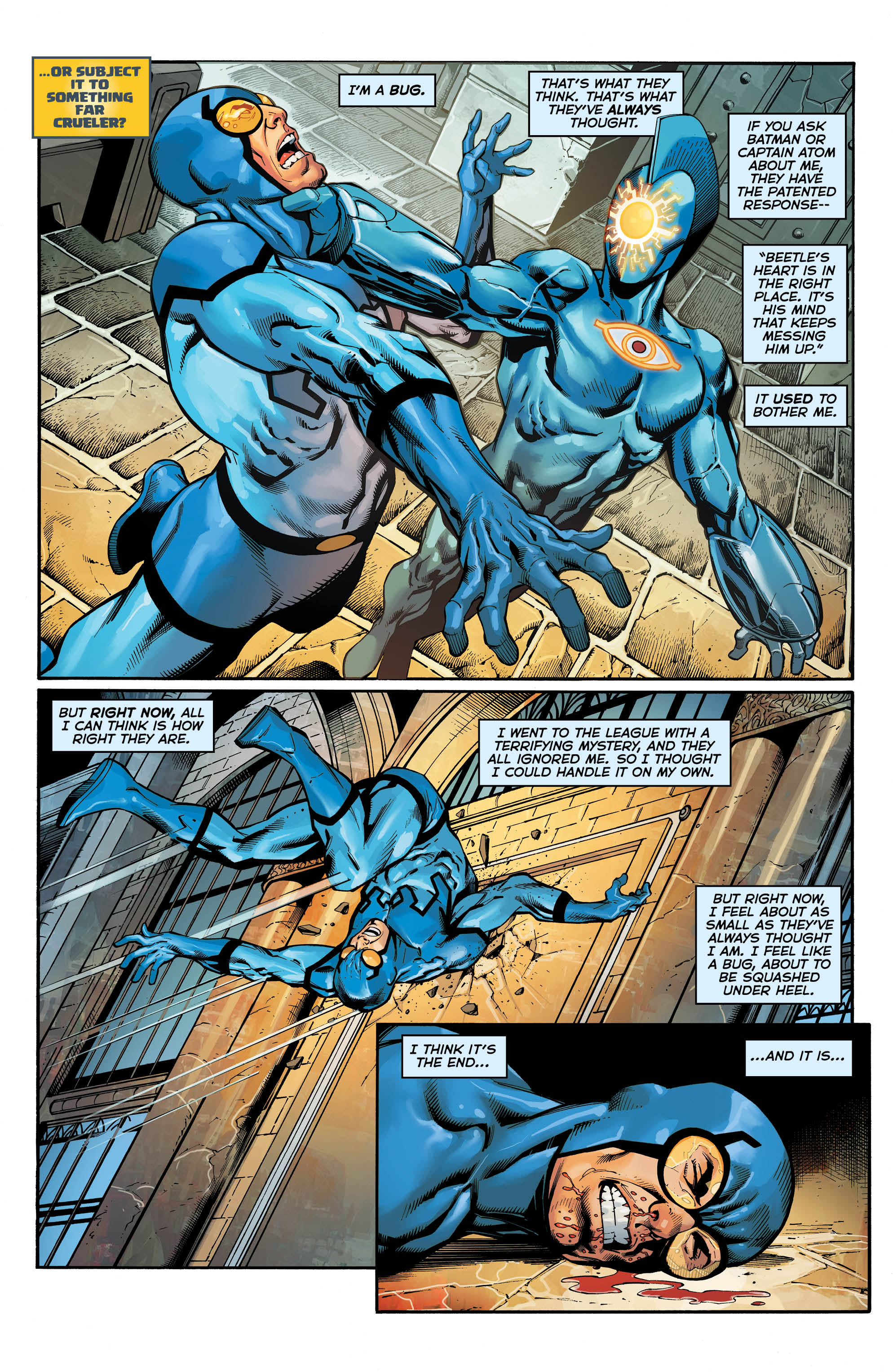 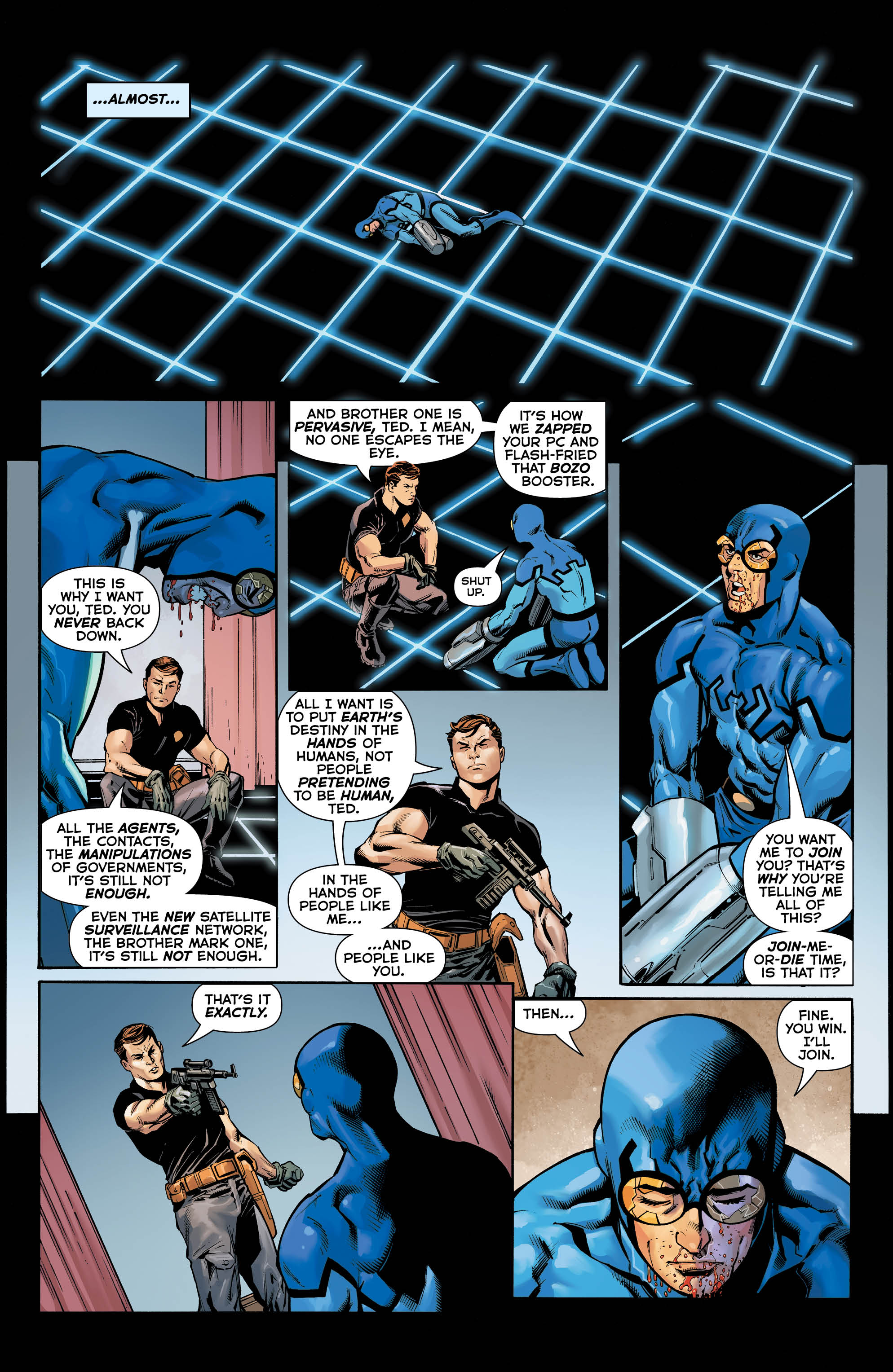 As the story goes on, however, it becomes increasingly obvious that Tynion had limited storytelling space. His characterization for Beetle, Alexander Luthor, and Superboy Prime is consistent with the older comics, but when the plot needs to advance their characters take a lot of leaps in logic. Particularly, near the end. Actually, the whole third act feels really rushed. It goes from being meticulously paced to a frenzied series of events with minimal build-up. The OMAC’s particularly seem to illogically get a huge power boost. Typically, this wouldn’t be a concern, but OMACs are an essential part of the resolution, it feels like a deus ex machina plot point.

On the art side, Aaron Lopresti continues to impress. One can argue that his art makes this the most visually appealing Tale From the Dark Multiverse comic so far. His art also is very reminiscent of Infinite Crisis artist Phil Jimenez’s work, without being slaved to it.

Overall, the Tales From the Dark Multiverse: Infinite Crisis mostly satisfies. The premise was intriguing and logically paced, until the somewhat rushed haphazard ending.

Whilst still an enjoyable comic, the rushed ending ruins an otherwise good story.