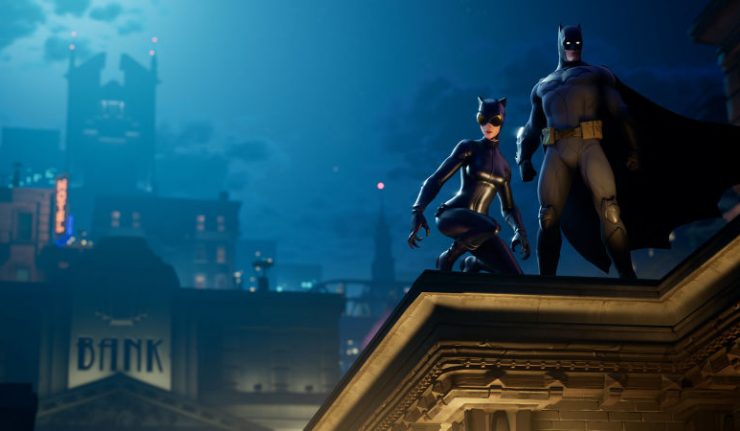 Happy Batman Day! Today is the day we celebrate 80 years of the Caped Crusader. To help celebrate, Fortnite has announced a Batman crossover event to earn Bat-themed rewards.

Images have slowly leaked out during the week. This morning, the popular Battle Royale game dropped a trailer announcing the event and showing off some of the rewards players can earn.

Some new, in-game, items include a Batman grapple hook, homing Batarangs and new cosmetics in the shop. The famous in-game city, Titled Towers, has been turned into Gotham City, with various landmarks such as the Gotham Police Department, Wayne Industries tower and the Monarch Theatre.

Players in the area will sport Batman cowls that give them unlimited glider redeploy. If you complete various Batman themed challenges during matches, you will earn you rewards such as sprays or a Batwing styled glider. The challenges include things like using the Batman themed items in a match, using in-game Bat-Signals, and defusing Joker gas canisters.

For the uninitiated,Fortnite is a free-to-play third-person shooter Battle Royale. 100 players drop onto an island with no supplies. They then loot for weapons, armor and items to be the last person standing. Think the Hunger Games in video game form.

The Batman x Fortnite event lasts from today through October 6th. Will you be hopping on to earn Batman rewards? Let us know!