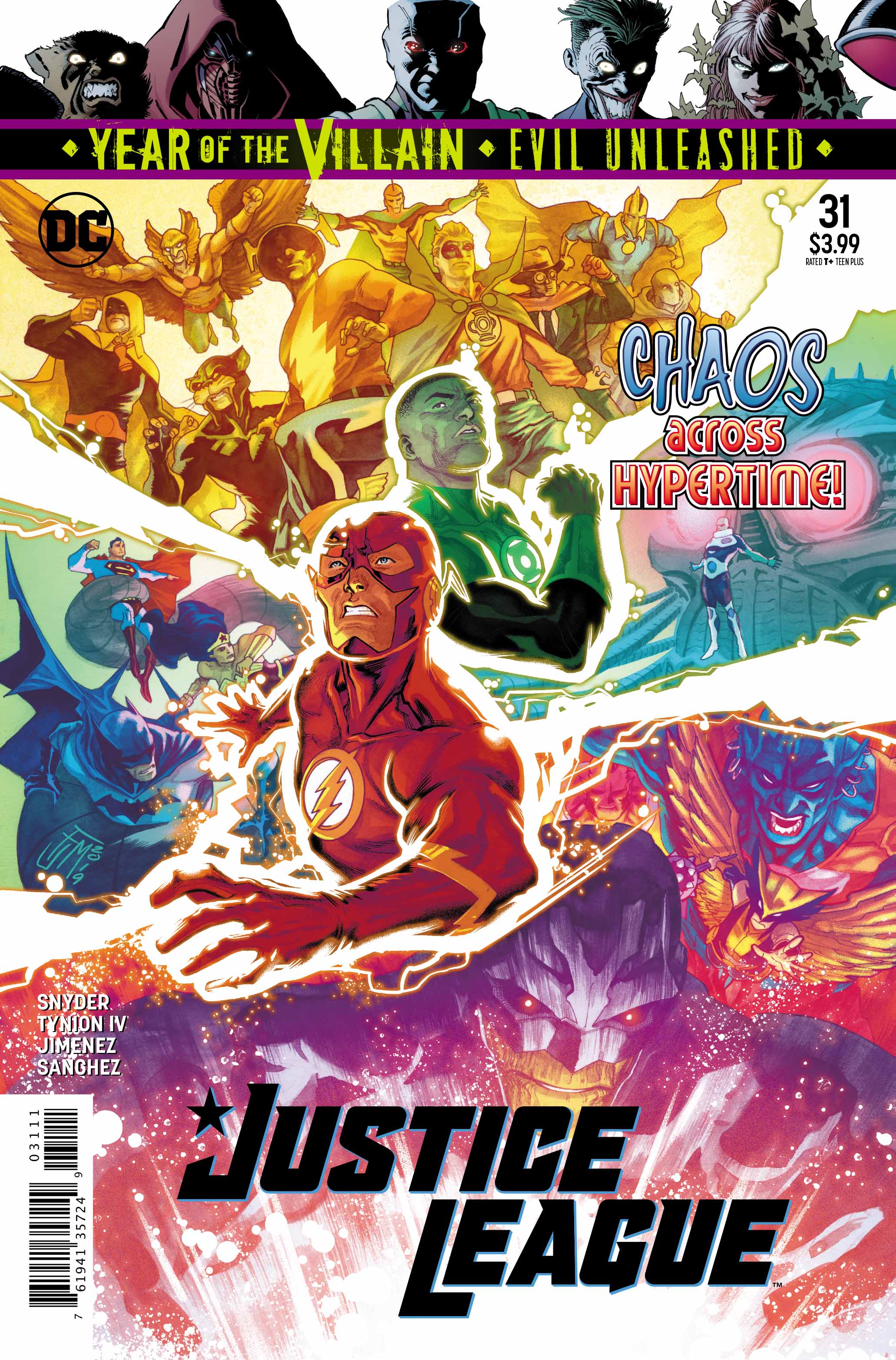 The Legion of Doom is in hot pursuit of the League, as both teams travel through time searching for the totality in this week’s Justice League #31. Last issue Starman foretold that the Legion of Doom will defeat the Justice League in the upcoming War of Justice and Doom, therefore, the Justice League divided into three teams. Scouring the timeline for the missing pieces of the Totality, The Flash and Green Lantern traveled to the 1940s while Batman, Superman, and Wonder Woman went to the far future. Starman, Mera, and Hawkgirl remained in the present.

Snyder and Tynion’s script is incredibly well-paced. Although a significant portion of this issue revolves around conversations between characters, it never once feels dull. This current Justice League run has been building to this arc for so long, that simple conversations between characters deliver some major payoffs. Specifically, I’m thinking of the meeting with the Justice Society. This is the first time that these characters have been fully established as a team in post-Rebirth continuity. The scene is incredibly fun, as we witness Green Lantern and the Flash meeting their legacy counterparts for the first time. 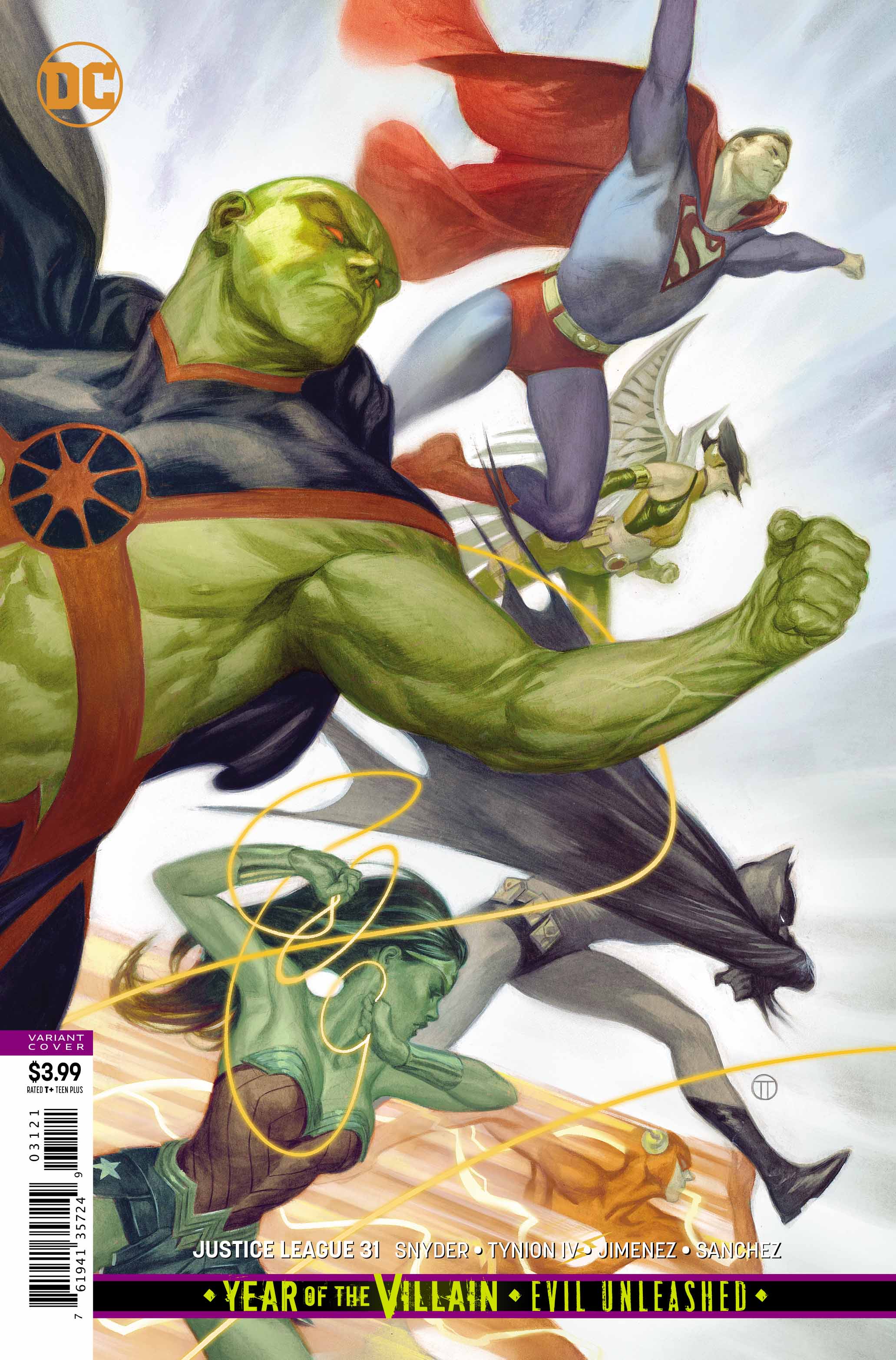 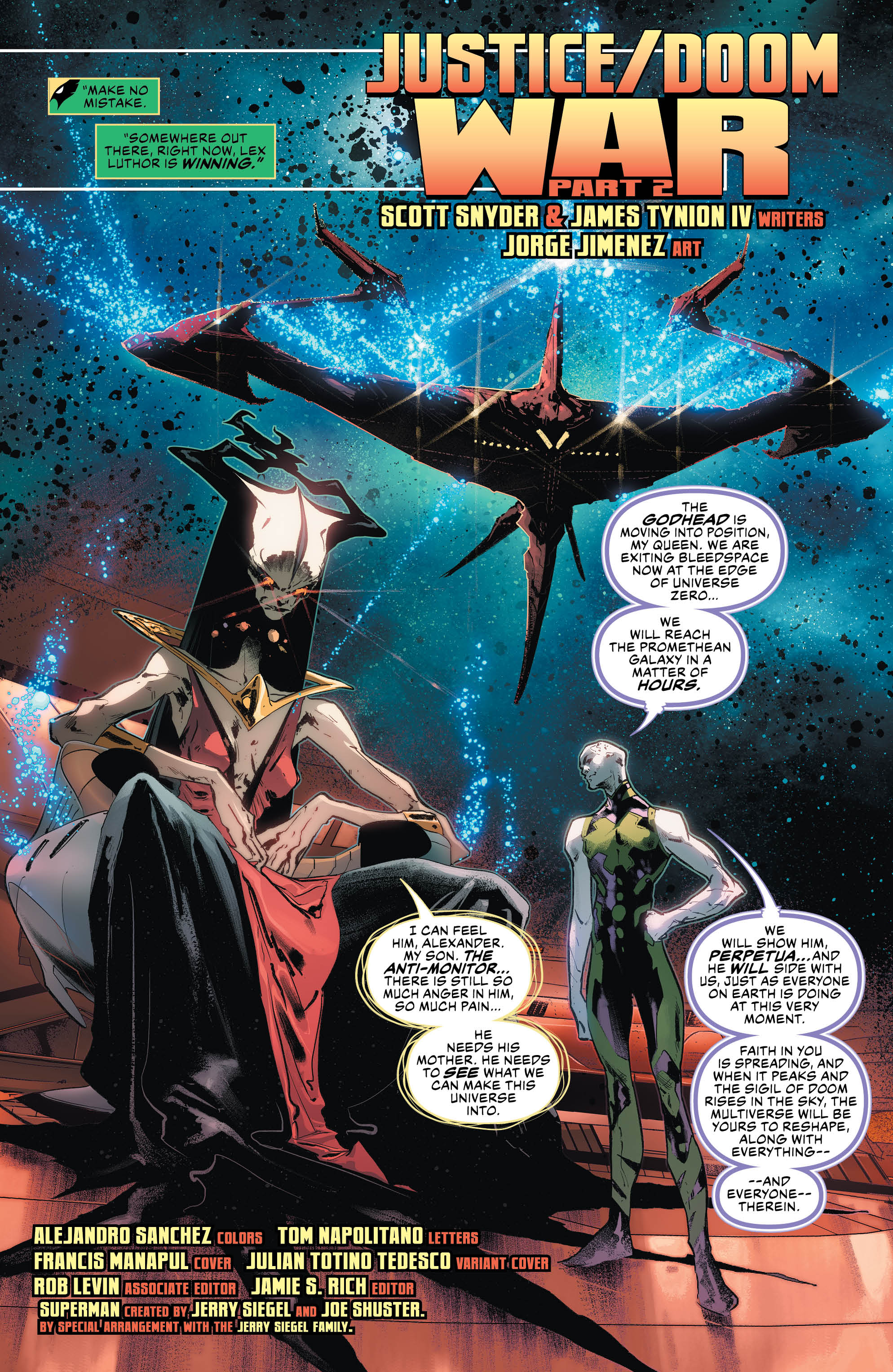 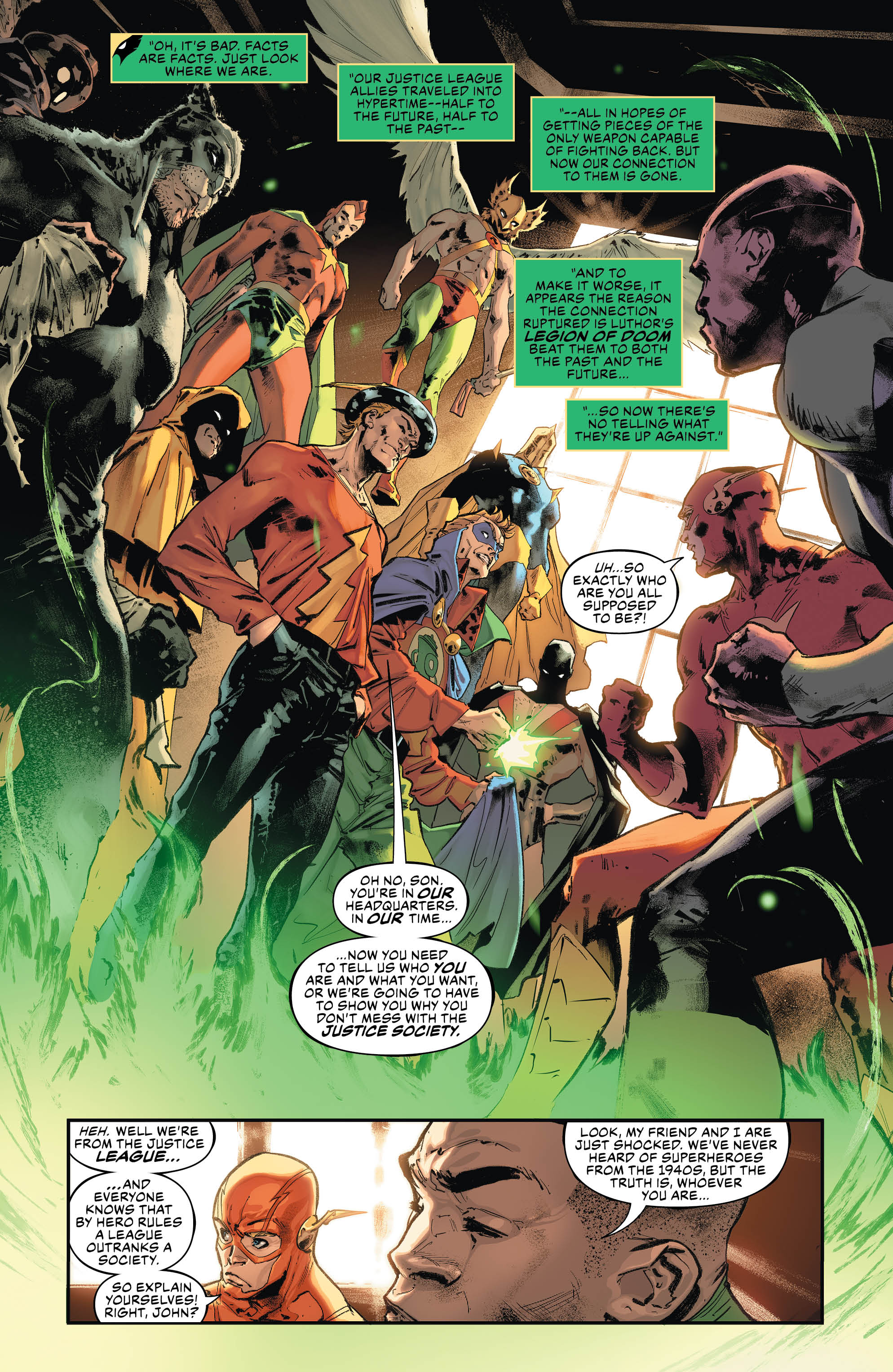 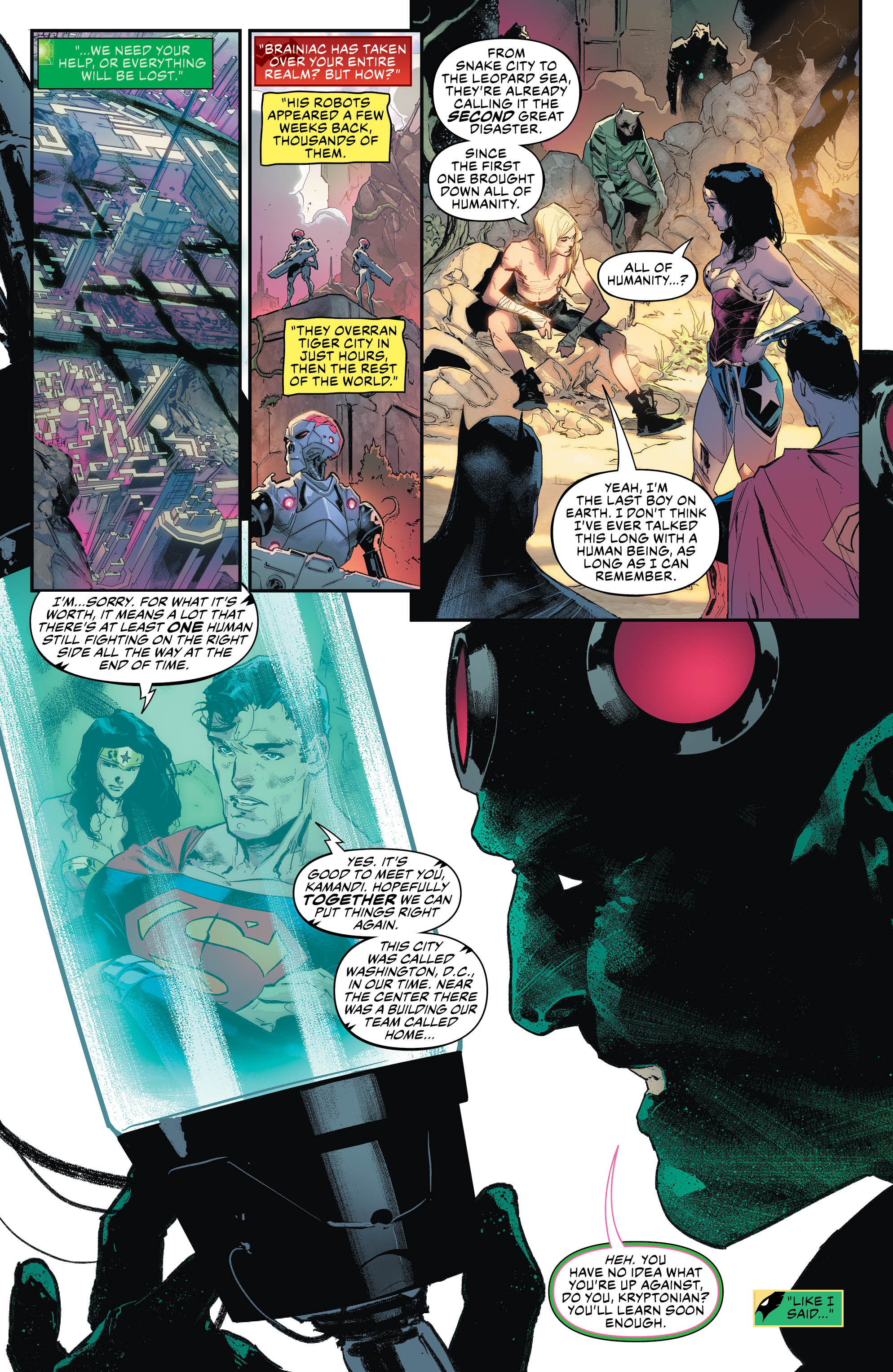 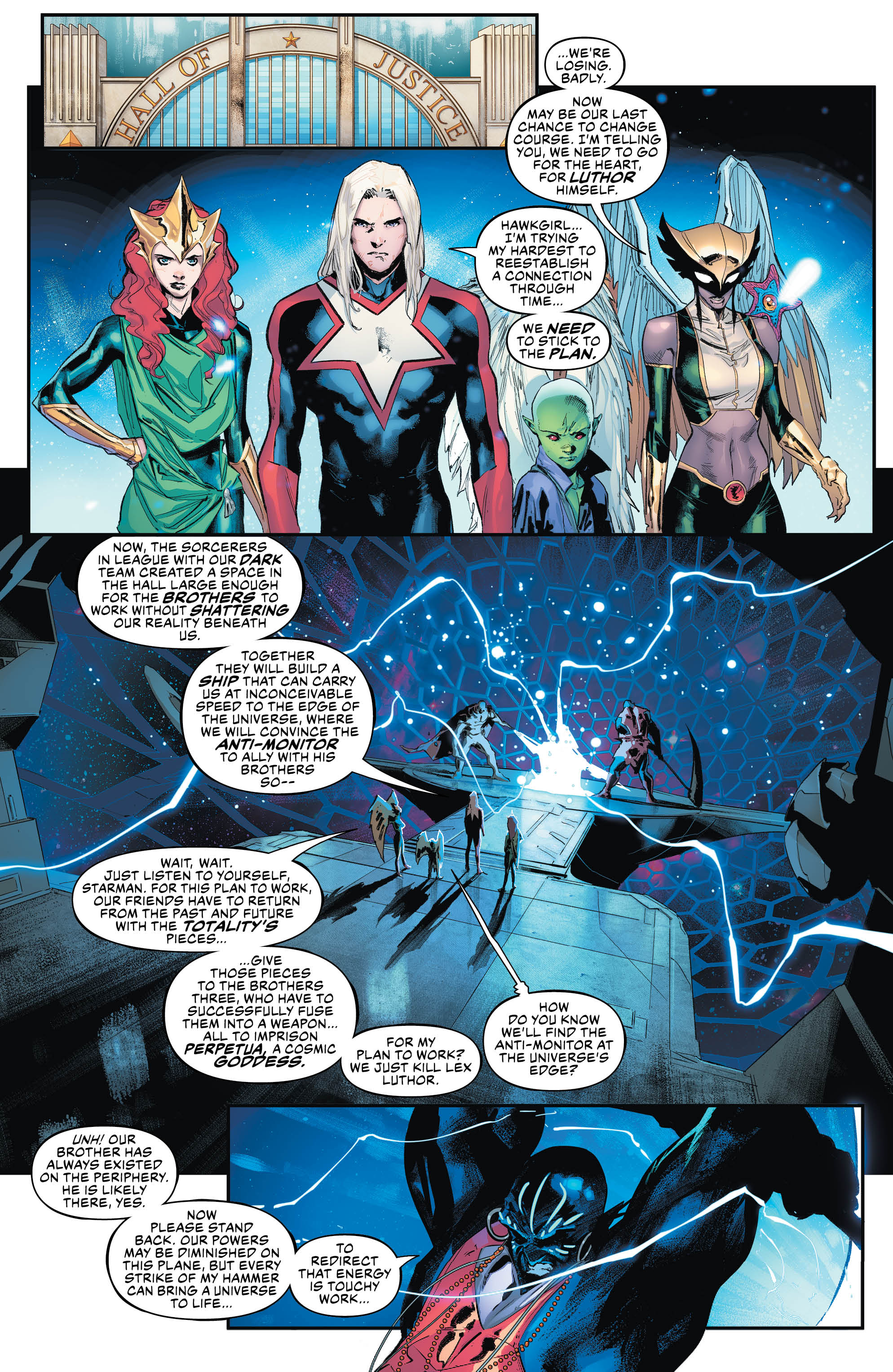 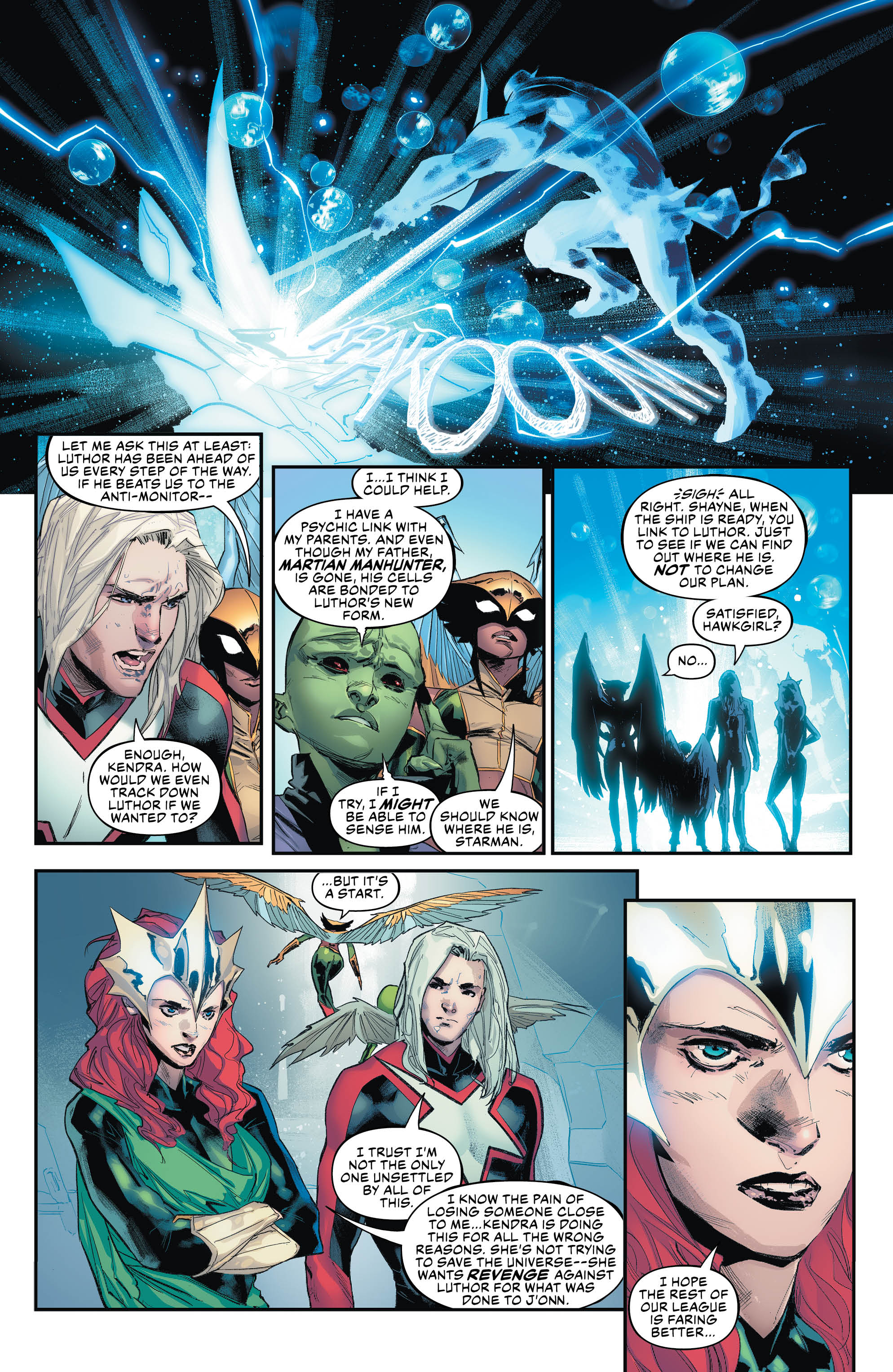 Jorge Jimenez brought his A-game last issue; well, this issue’s art is an A+. Jimenez’s work is stunning, and watching him render the Justice Society and Kamandi for the first time is a joy to behold. He’s continued to “other” his villains with his spindly stylistic design, and it works really well, creating an otherworldliness feel about both Luther and Perpetua. Overall, Jimenez’s work improves as this run on Justice League progresses.

Justice League #31 is a metric-crap-ton of fun. Snyder and Tynion’s story is in full-on “rising action” mode, as the tension continues to build. Jimenez’s art delivers a wonderful compliment to an excellent script. This rockstar creative team are delivering what will undoubtedly become a classic Justice League tale for the ages. If you aren’t reading this book, you are missing out on a treat.