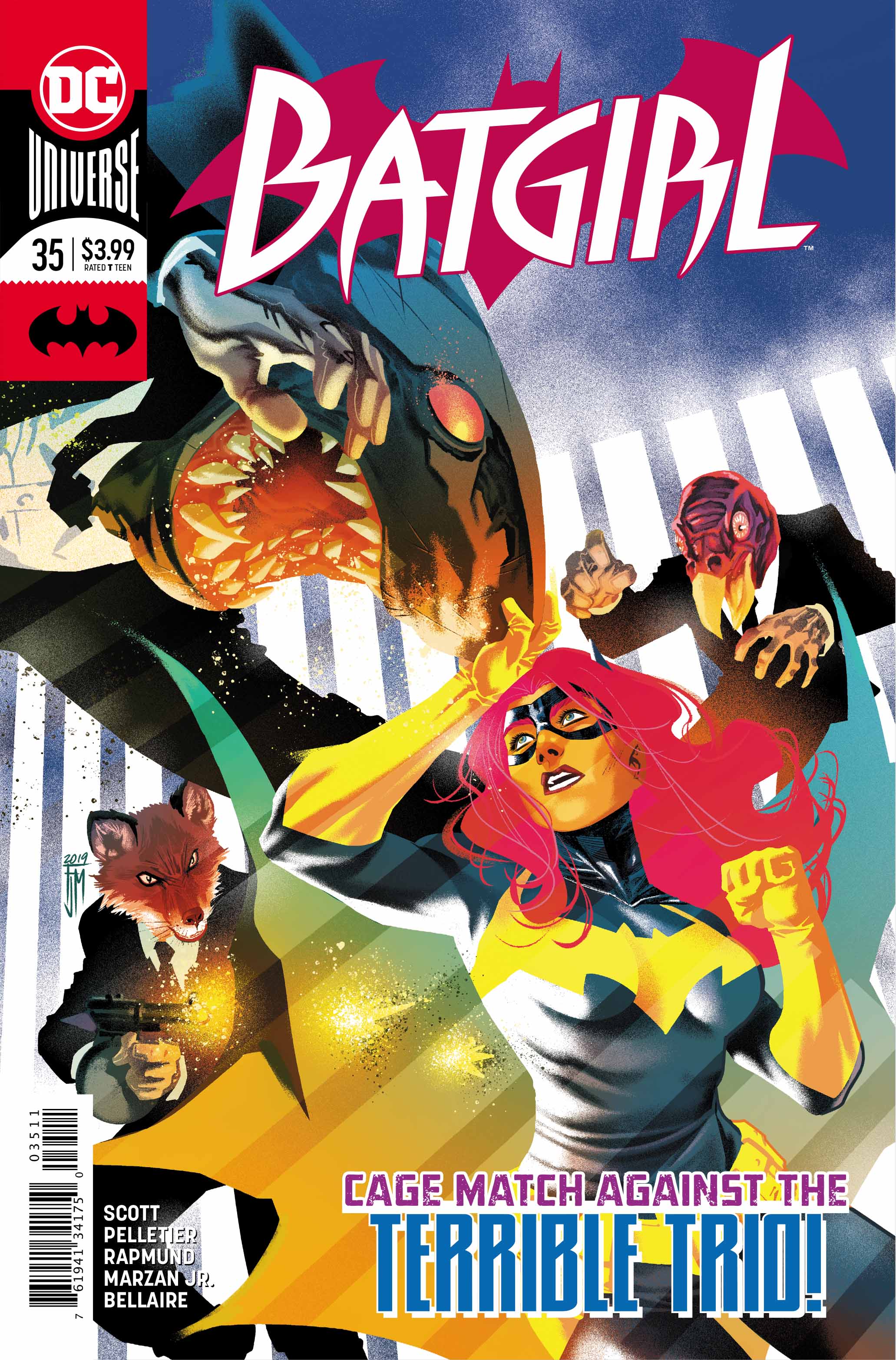 We left Batgirl in a bit of a bind at the end of the last issue, but she’s hanging in there. We open Batgirl #35 exactly where we left off, with Barbara in terrible trouble. I have all the faith in the world that our heroine will be just fine. Well… she is a Bat after all.

Business or Batgirl? That is the question.

We have get controversy in this issue, though. While Babs is dealing with the scum of Burnside, her business partner is dealing with the scum of the corporate world. Batgirl has some real big problems, villain-wise and in life. The writing of this issue was really great; we got a classic baddie monologue, it’s always fun to read how well they think their evil plans will work out,  you know… before the hero comes crashing into the frame. 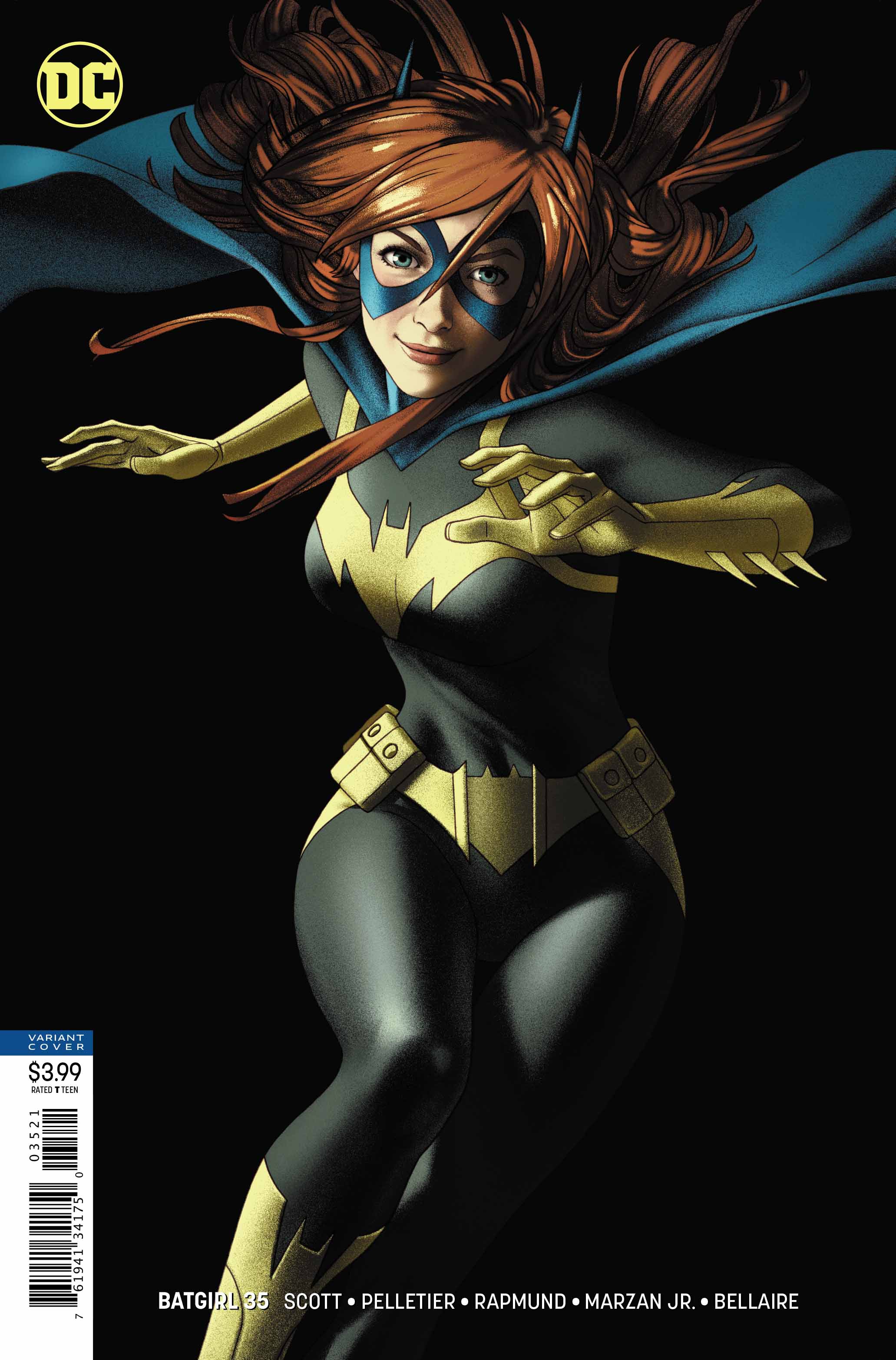 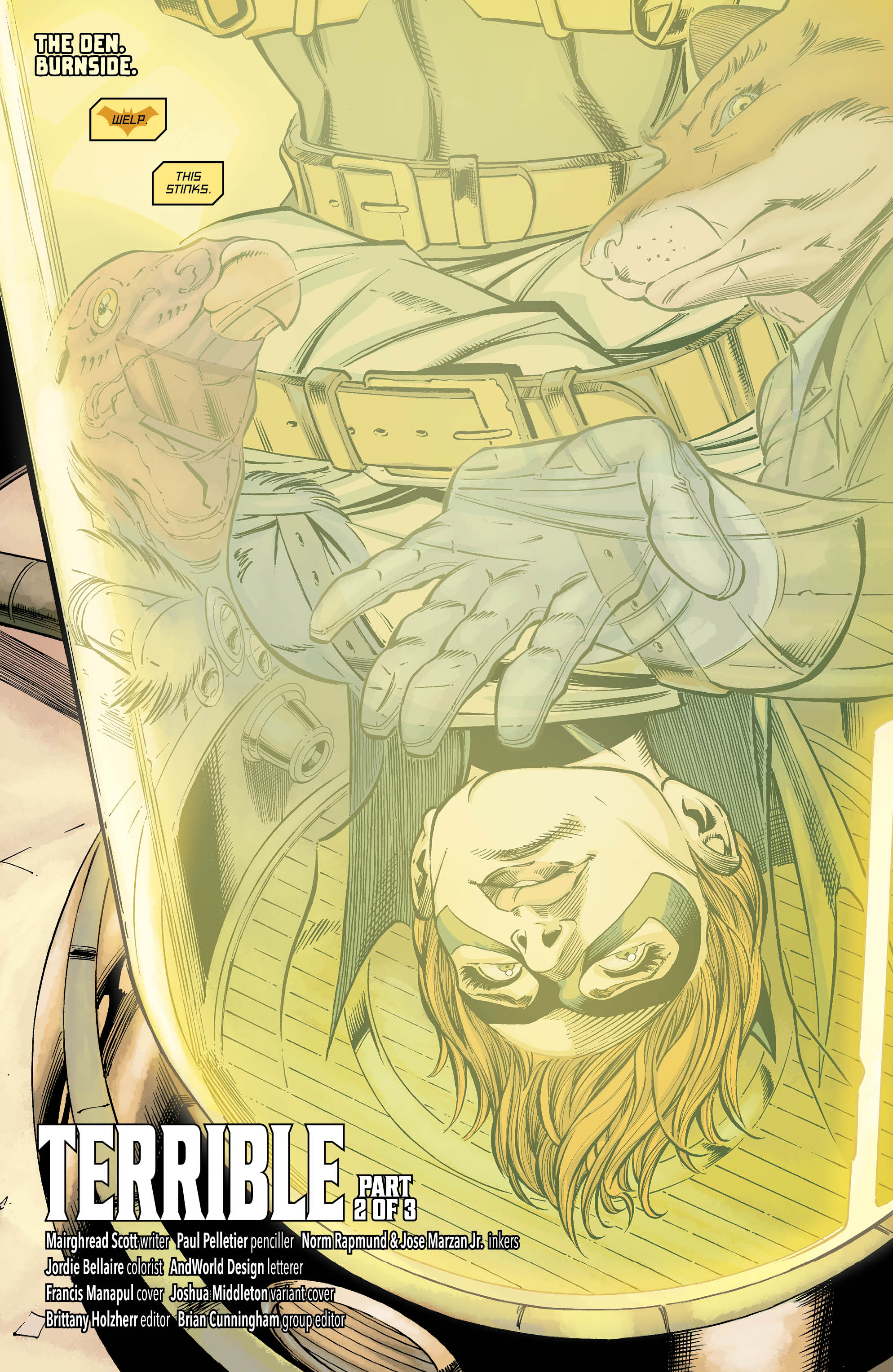 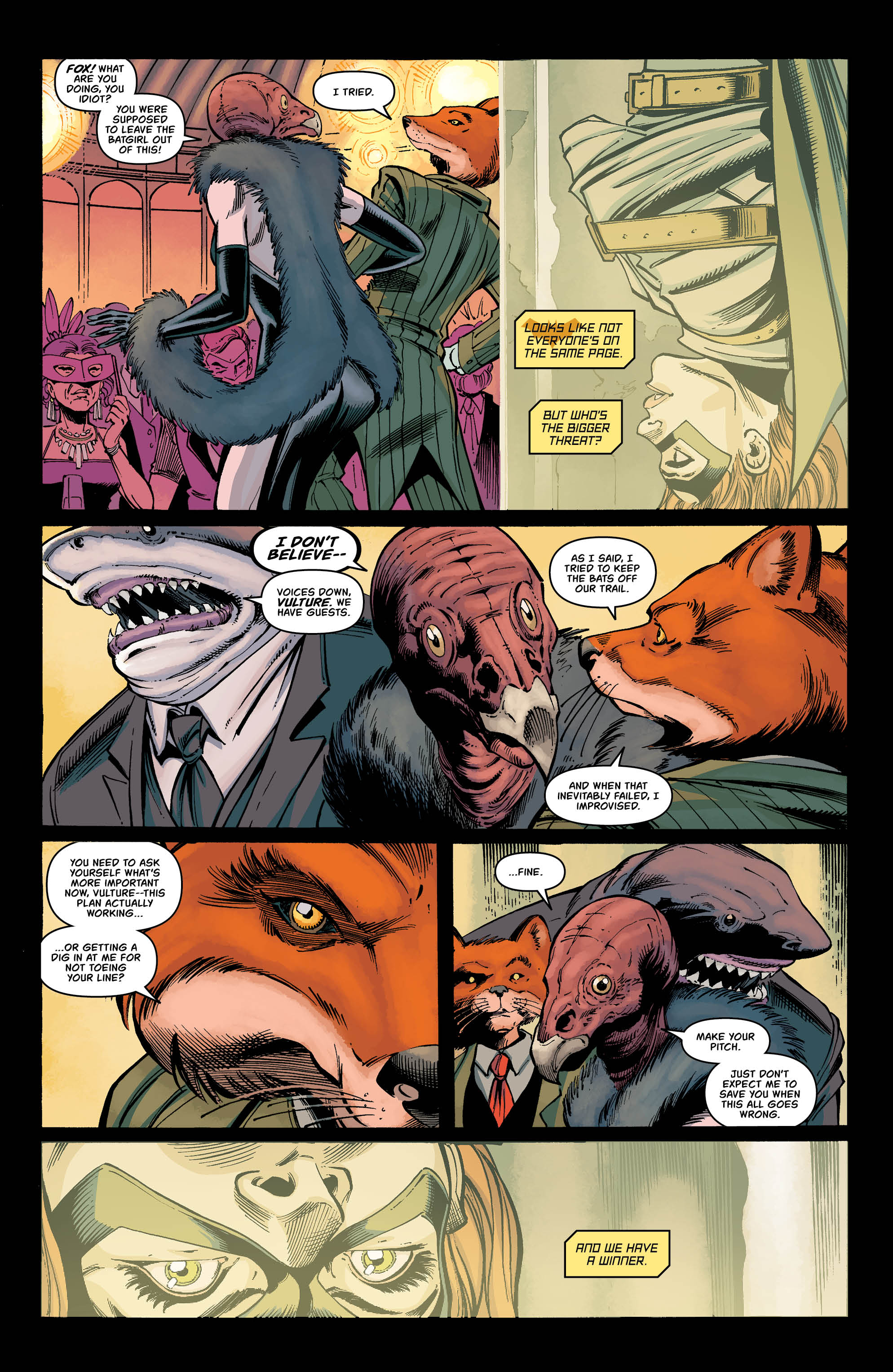 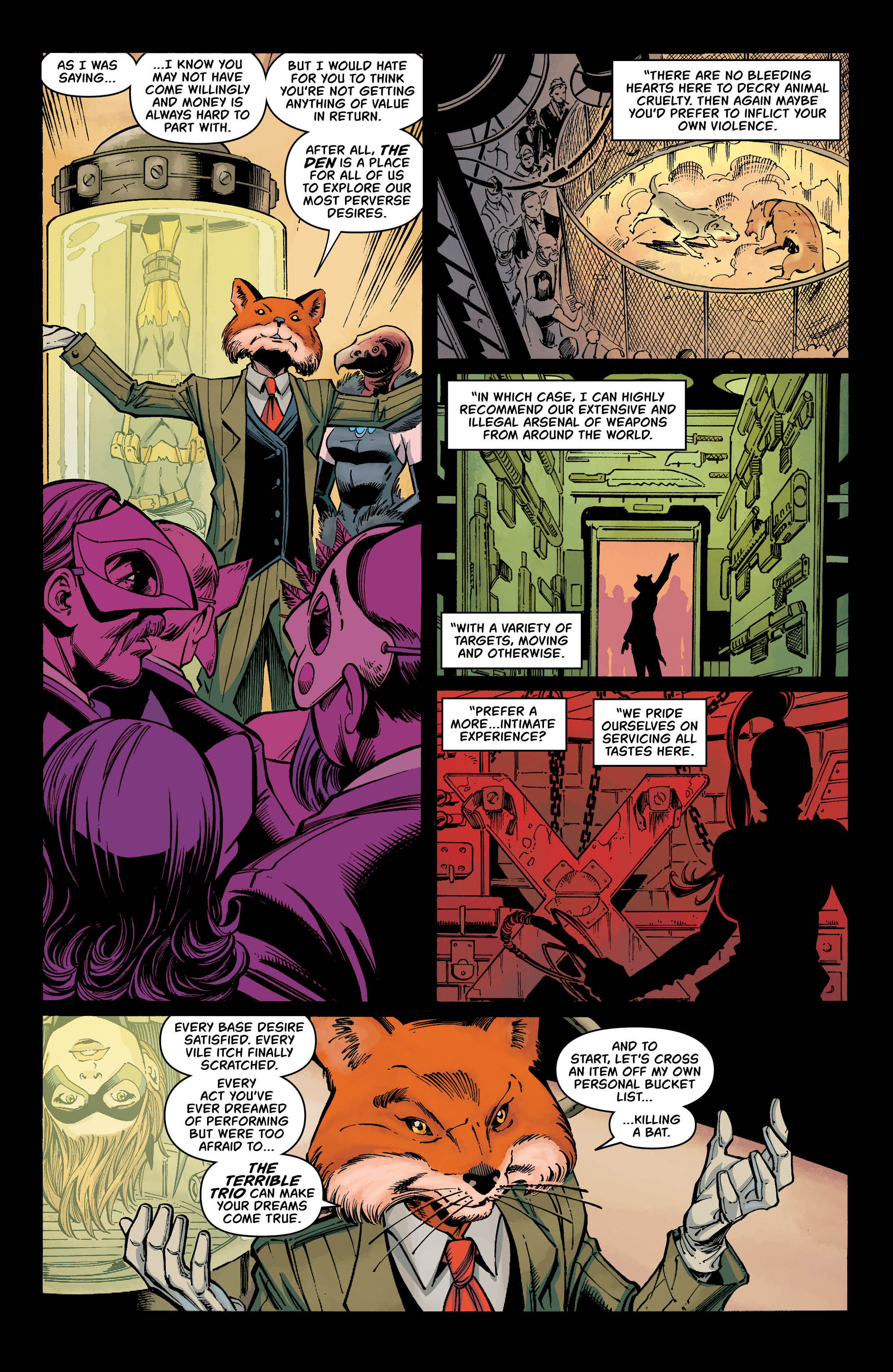 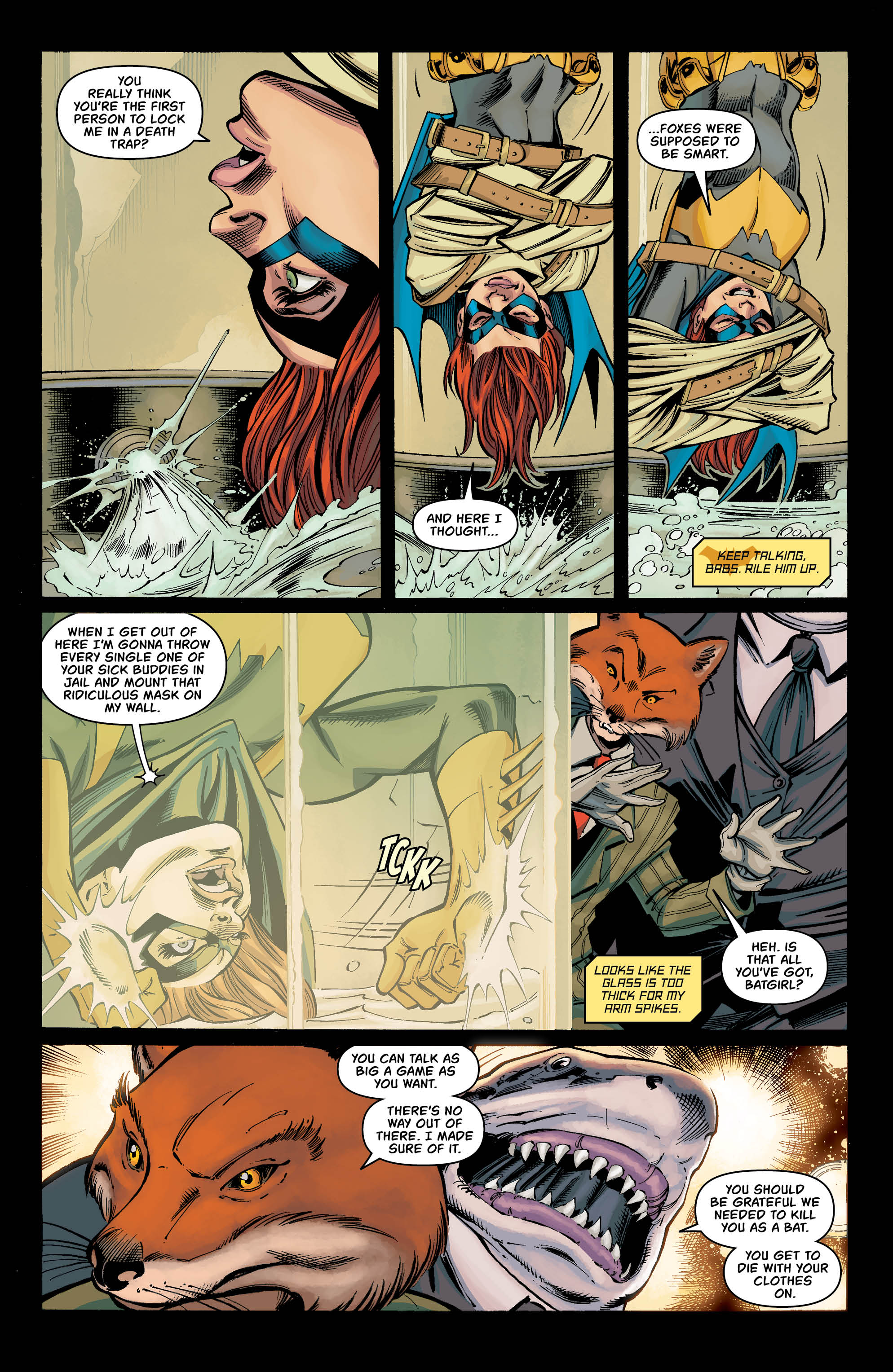 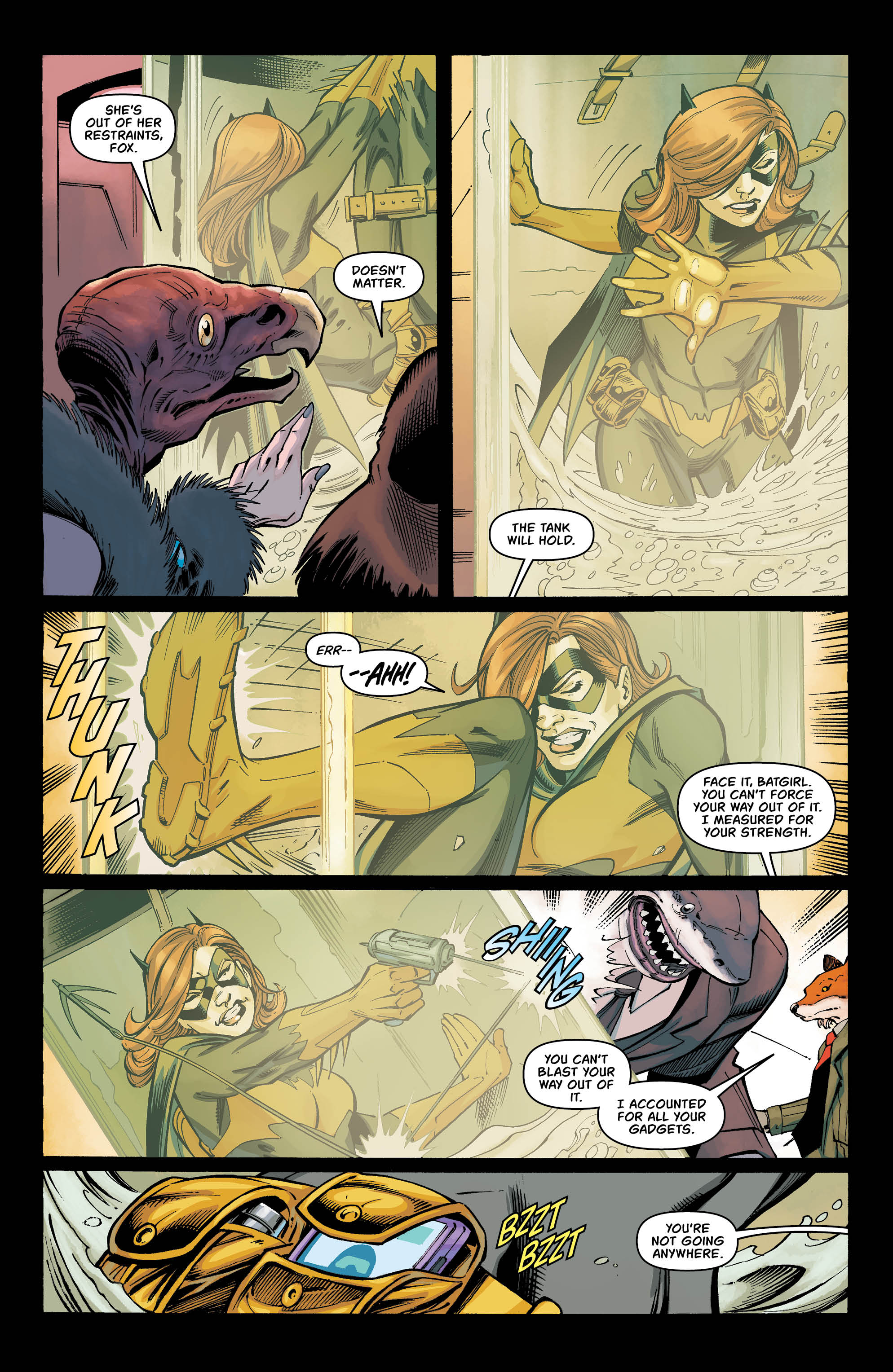 Mairghread Scott yet again pulls off a feat in making me interested in corporate espionage. Honestly, this woman is a miracle worker. The juxtaposition of having a problem so mundane, next to something so unbelievably Bat-ish could’ve been really jarring, but Scott allows the reader to get into the flow of following Batgirl, just to rip the carpet out from underneath us, making readers jump between a couple of tense situations. Let me tell you, I was stressed reading this entire comic, but you know… in a fun way.

The artists absolutely smashed it in too. Just being able to see the difference in the colour palettes; one set of color for Batgirl and the Villains, and a completely different one for her business partner, and her office situation. The attention to shades of lighting as well. Stunning. Honestly, I love it when I get to read Batgirl because the artwork is just outstanding.

This being only part two of three, I really can’t wait to see what the team does to wrap up this arc. Batgirl #35 was explosive and there is still so much that needs to happen. Scott was on fire, as per.  Pelletier and Rapmund joined forces with Marzan Jr. what a team! The storyline was engaging and entertaining, and contained some classic hero and villain situations. It added more of a modern twist with certain elements, though.

Should be interesting to see what happens in the next issue, as Batgirl has some butts to kick and businesses to save. Let’s hope she can sort it all out.