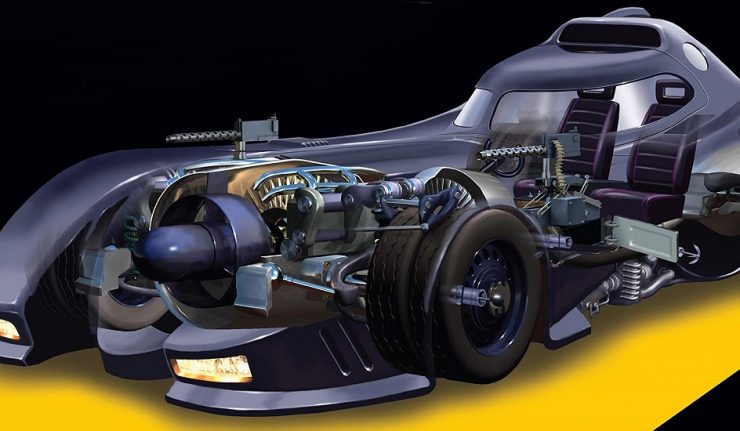 A new must have for any Batman fan has been announced by Eaglemoss Hero Collector.

“Batmobile Cutaways: The Movie Vehicles 1989-2012” is the ultimate guide to Batmobiles of the big screen. The new book is a dedicated piece of Dark Knight history and one that will be a unique addition to any fan’s collection.

Batman has had a varied collection of vehicles since his comic book inception 80 years ago, the movies have been no exception and have included some of the most popular on screen vehicles of all genres.

Ever since his modern cinematic debut in 1989’s Batman, the Caped Crusader’s one constant companion has been – no, not Robin the Boy Wonder – his iconic Batmobile! Part assault vehicle, part pursuit and rescue transport, part mobile crime lab and part the screen’s coolest looking car, the Batmobile has always been the most technologically advanced crime-fighting asset in Batman’s arsenal.

Like the Dark Knight himself, everybody has a favourite Batmobile and now all of the cars, from Tim Burton’s 1989 classic to the conclusion of Christopher Nolan’s trilogy in 2012, have been brought together in one comprehensive, fully illustrated, 72-page volume from Eaglemoss Hero Collector,designers, manufacturers and publishers of high-quality collectibles from across the many worlds of pop culture. 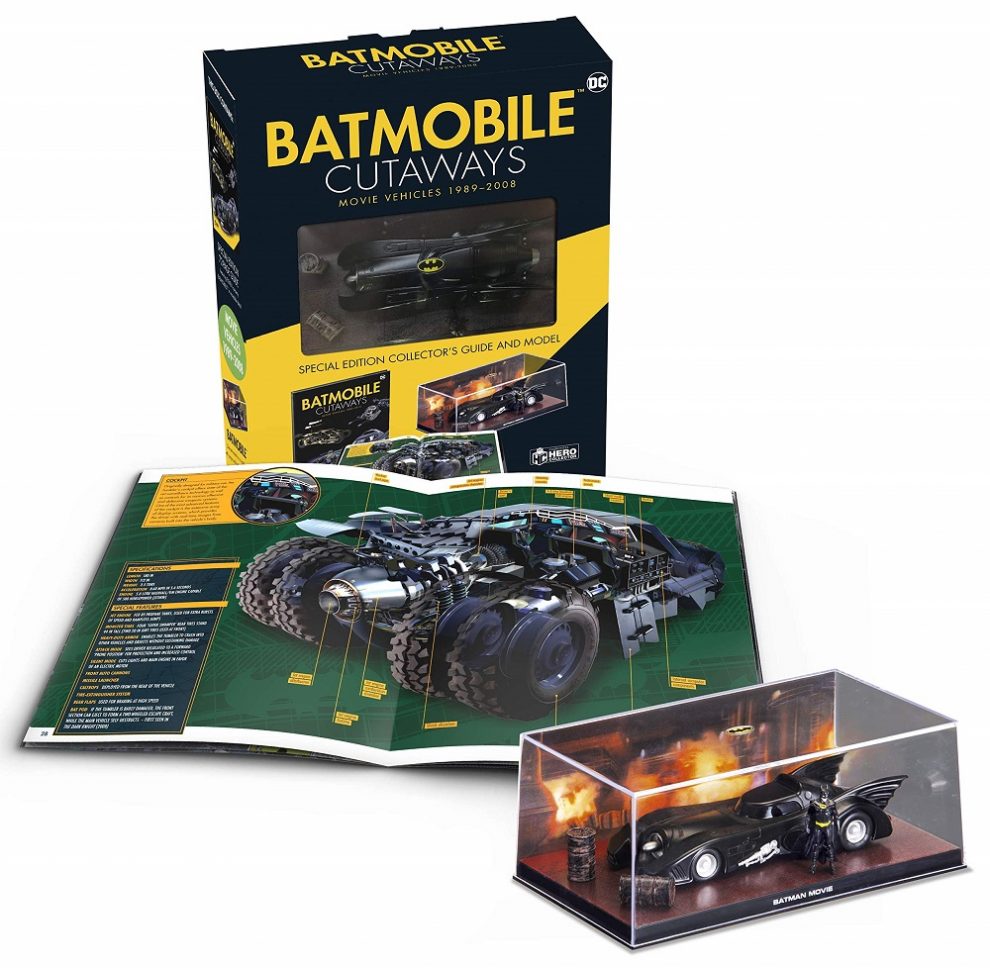 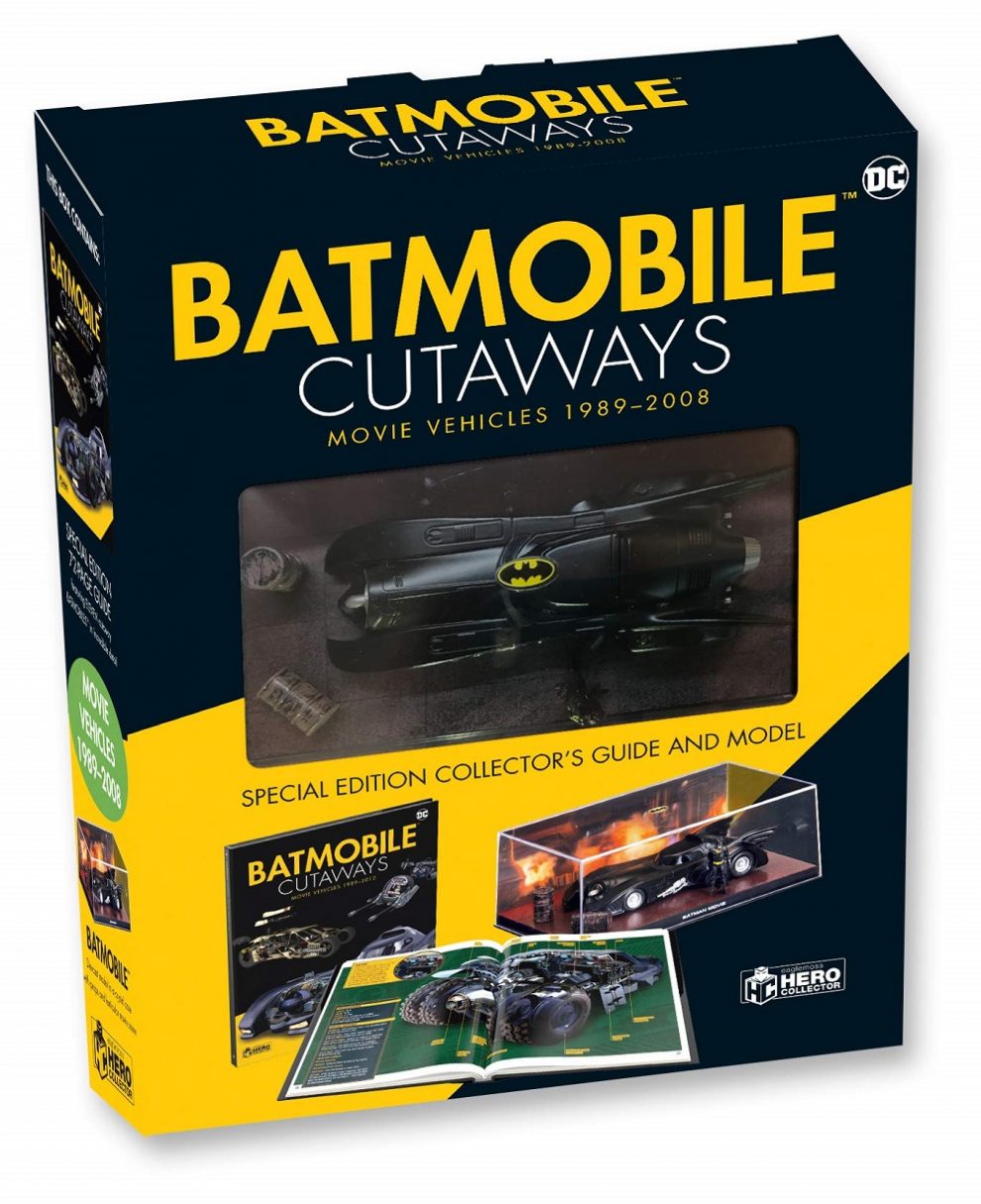 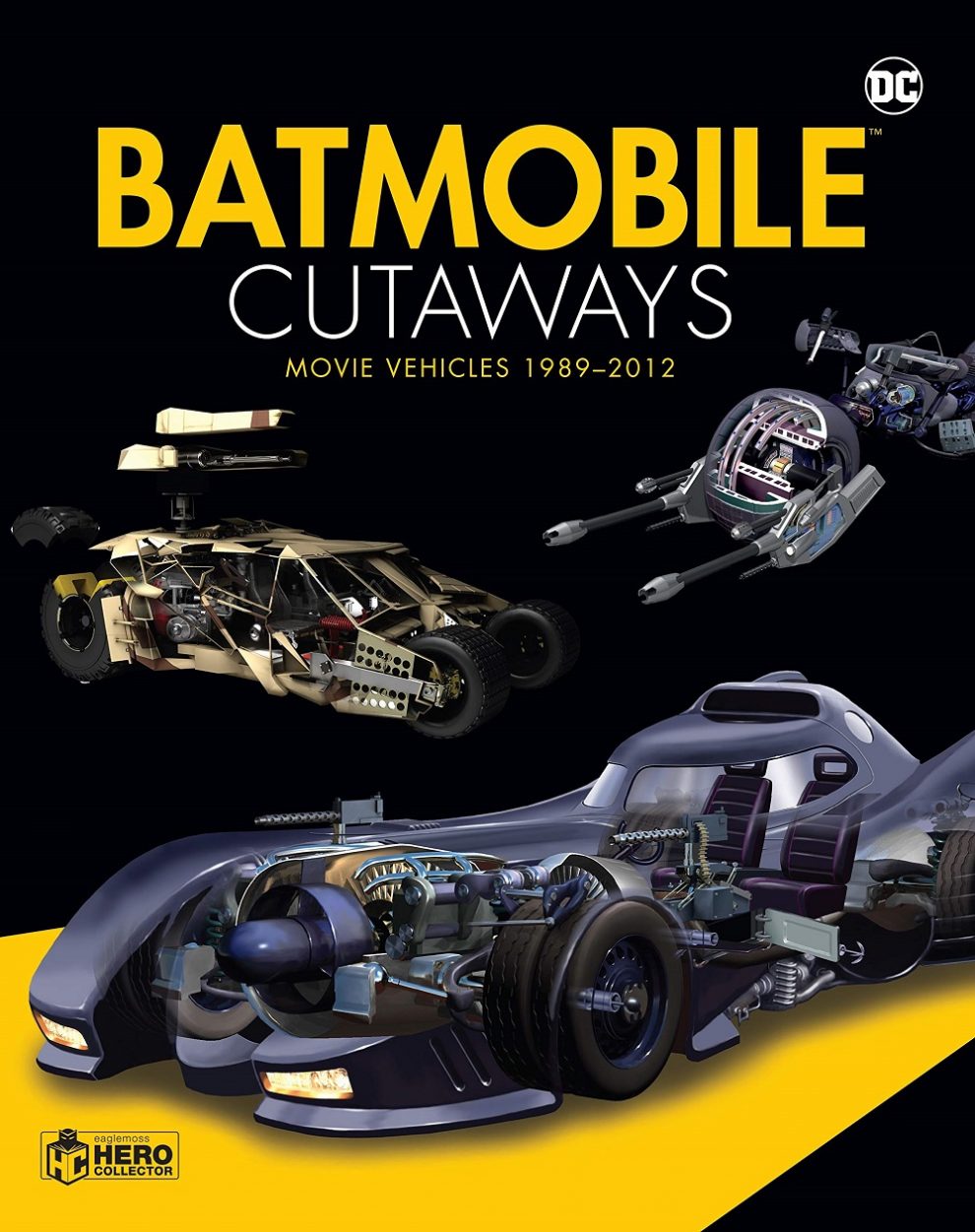 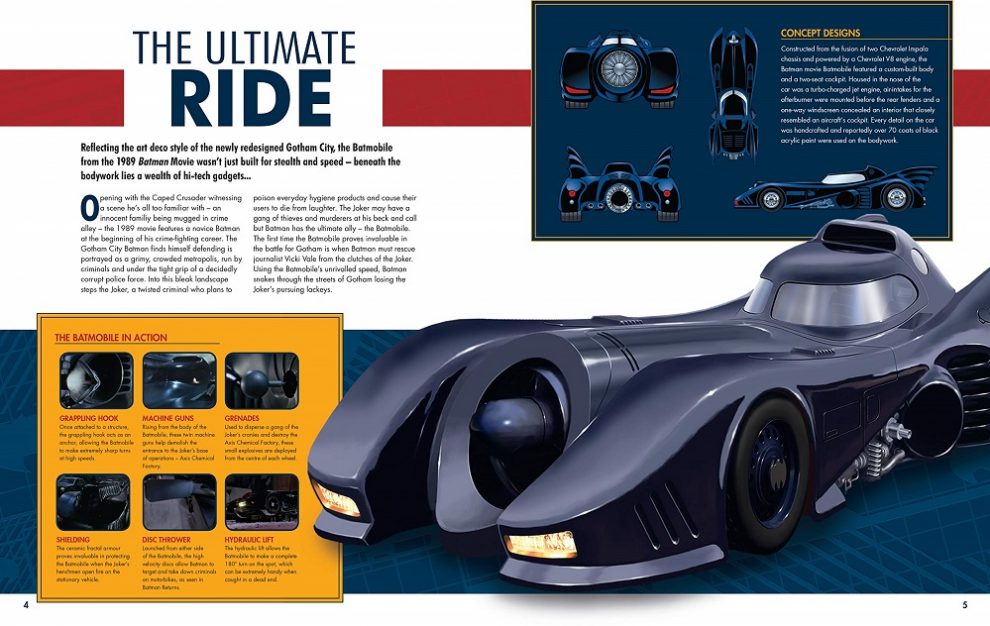 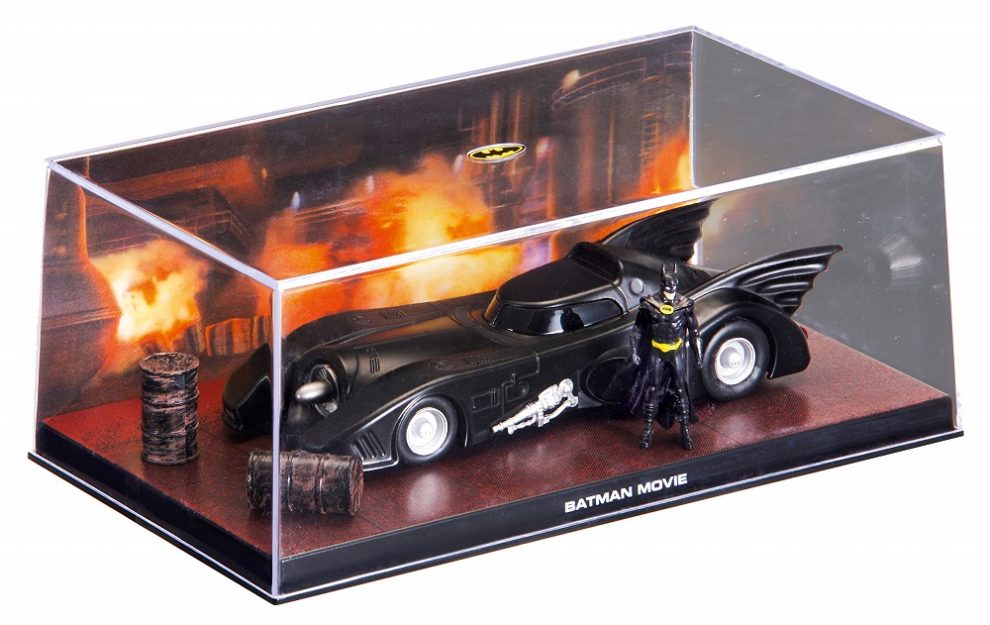 What’s more, the book comes packaged with a 1/43 scale die-cast metal replica of the iconic Anton Furst designed Batmobile featured in 1989’s Batman. Now you can discover what lies inside this and many other machines with extraordinary cutaway art. Take a deep look under the hoods and behind the controls as weapons systems and construction secrets are revealed.
Like all Eaglemoss Hero Collector books, “Batmobile Cutaways: The Movie Vehicles 1989-2012” (ISBN: 978-1-85875-542-7) may be purchased from Amazon, Barnes &; Noble, Books-A-Million, Indigo, independent booksellers, and select speciality stores including comic shops and gaming stores. It is priced at $39.95 in the US and $54.95 in Canada.

Batmobile Cutaways: The Movie Vehicles 1989-2012 is part of Eaglemoss Hero Collector’s “Premier Editions,” exquisitely designed, painstakingly researched visual guides and books that delve deep behind the scenes of some of most beloved icons of comic and sci-fi fandom.

Definitely something to be excited about, will you be purchasing this upon release? Let us know.