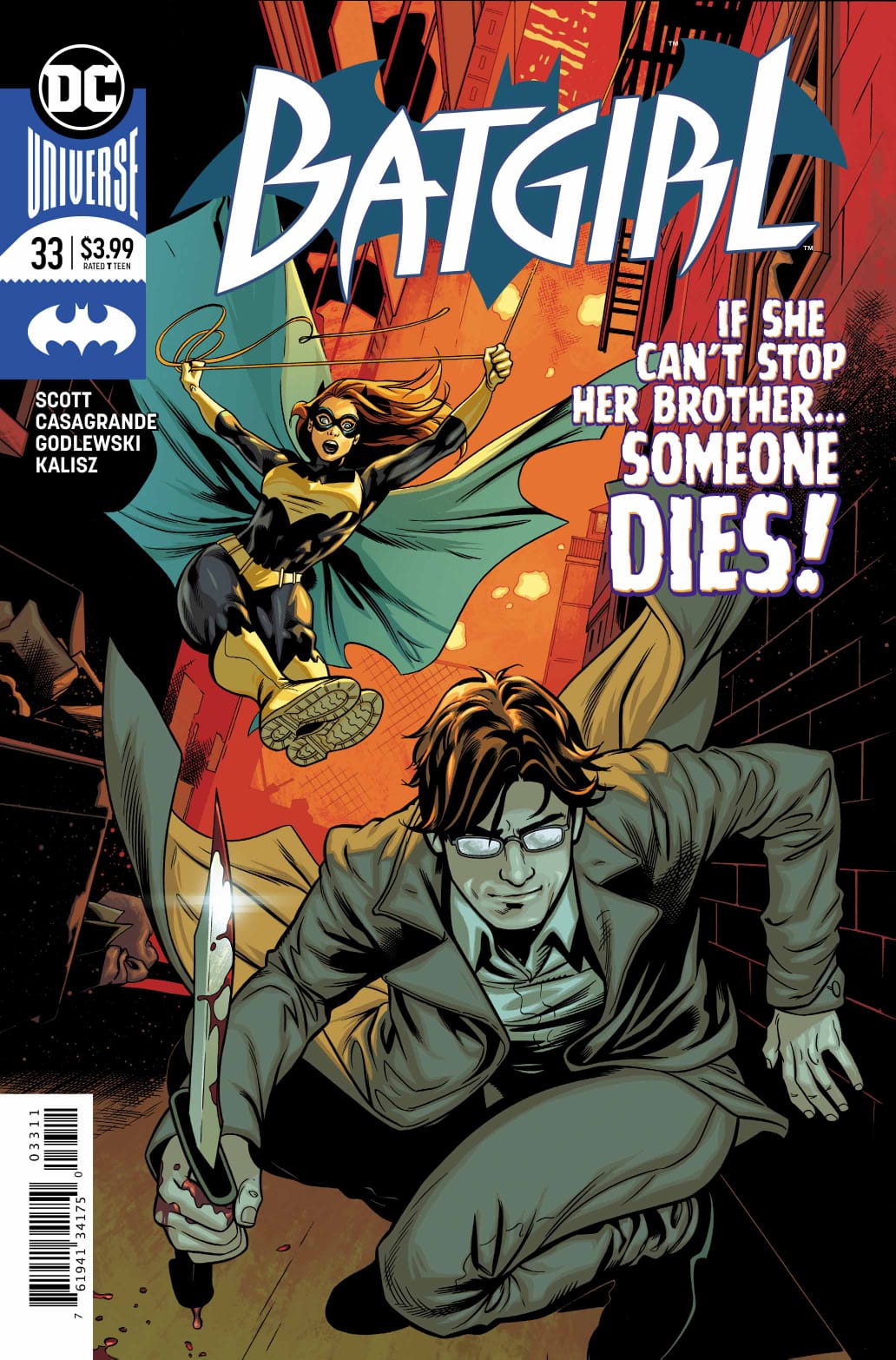 After wrapping up the arc in Batgirl #32, no one knew what was in store next for Batgirl. I don’t know about anybody else, but I was super excited to see more… I was definitely not disappointed.

In this thrilling new issue we jump right into the drama. Will Batgirl be able to keep her cool with her brother back out on the streets? Or will everything she has worked for coming tumbling down around her? You will definitely want to check out the latest addition in this great run of Batgirl. 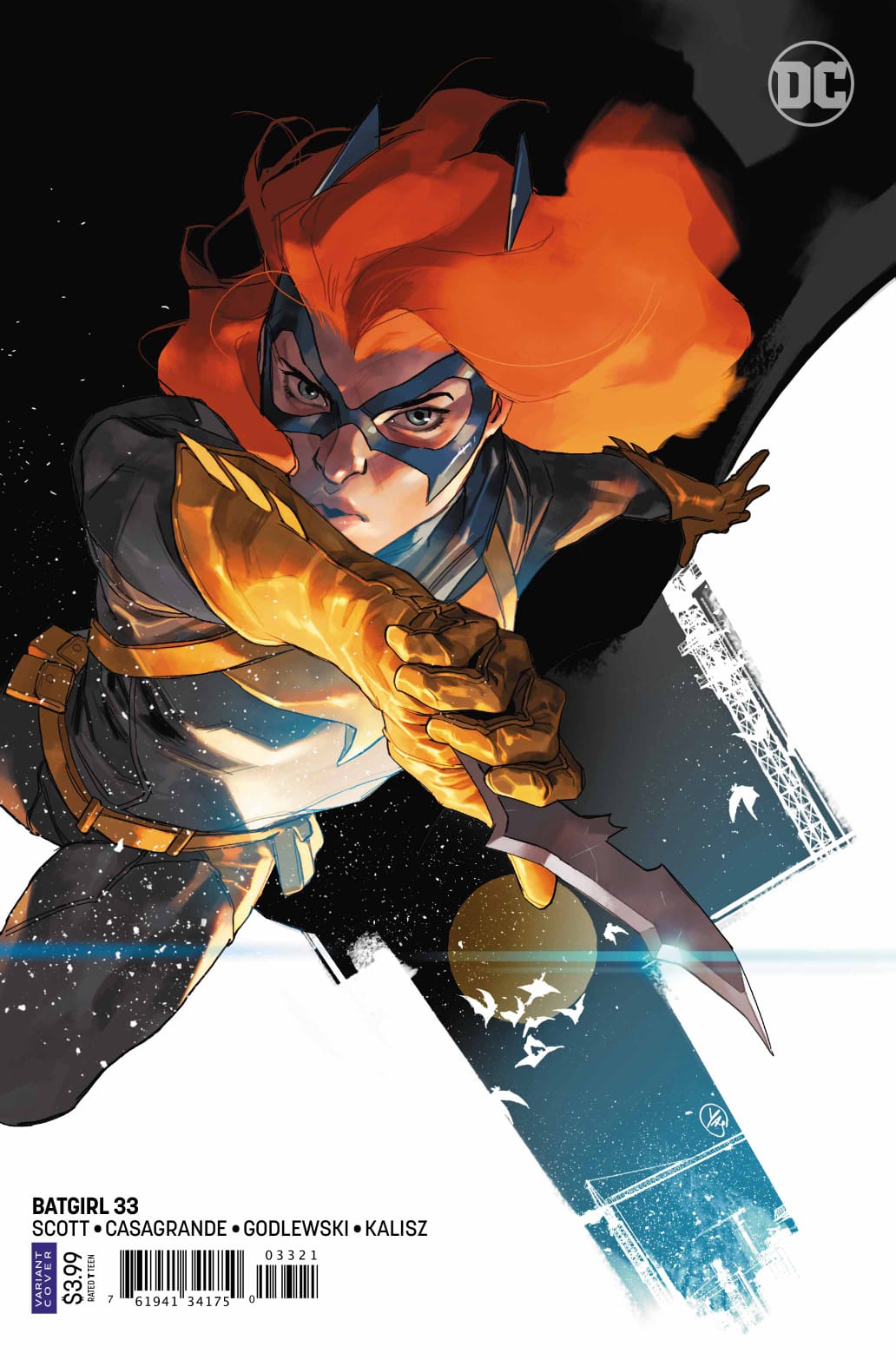 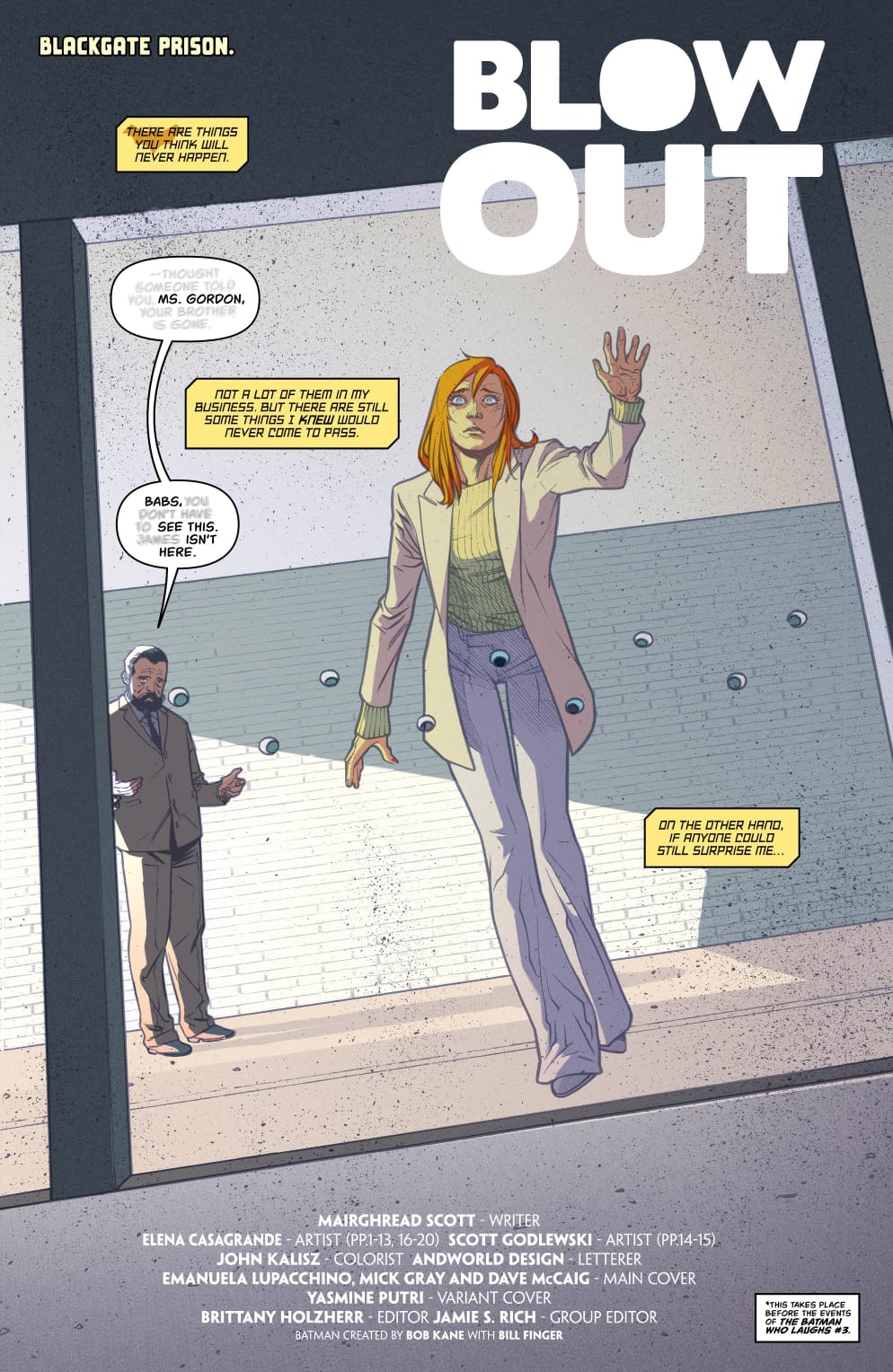 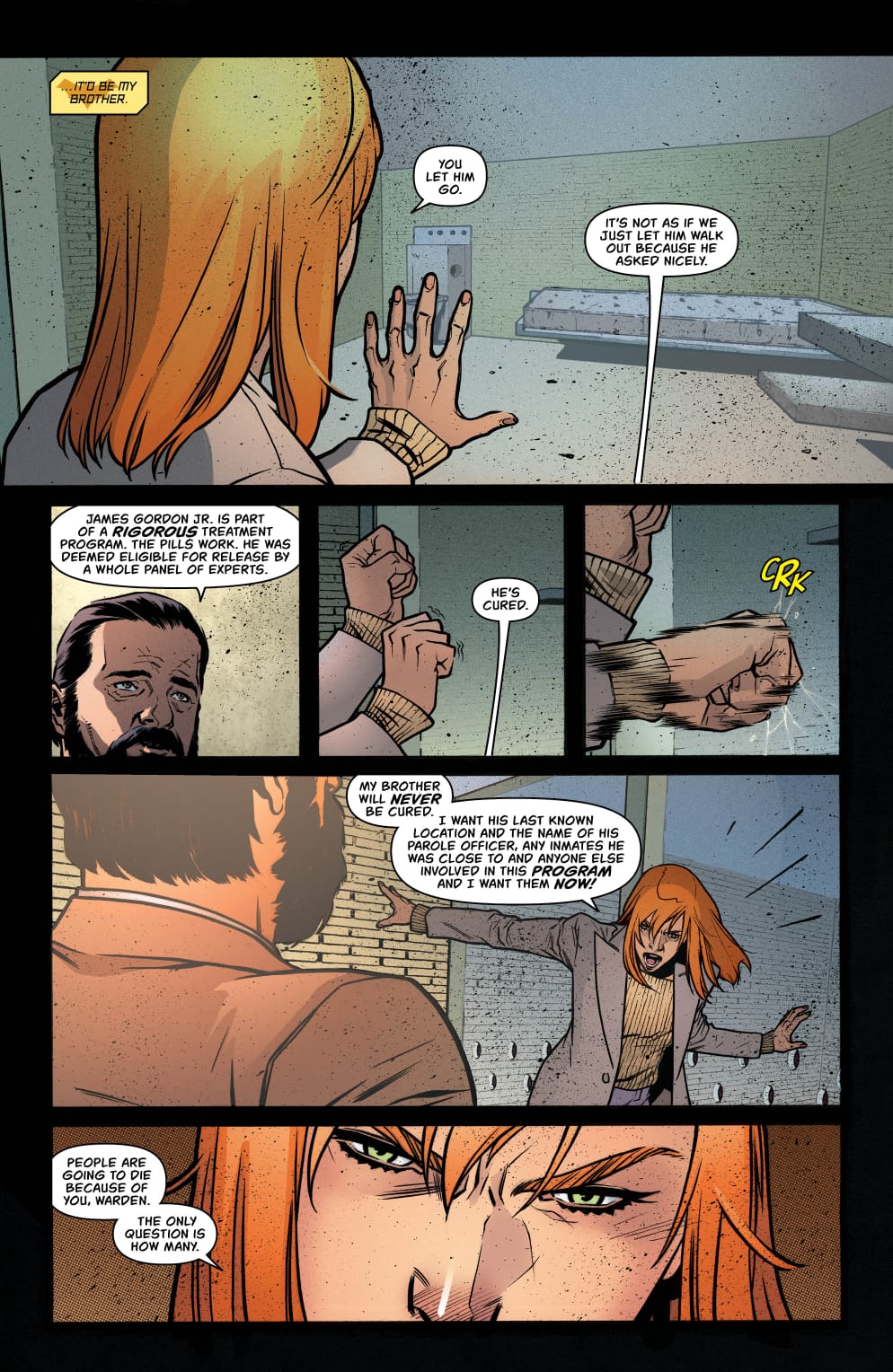 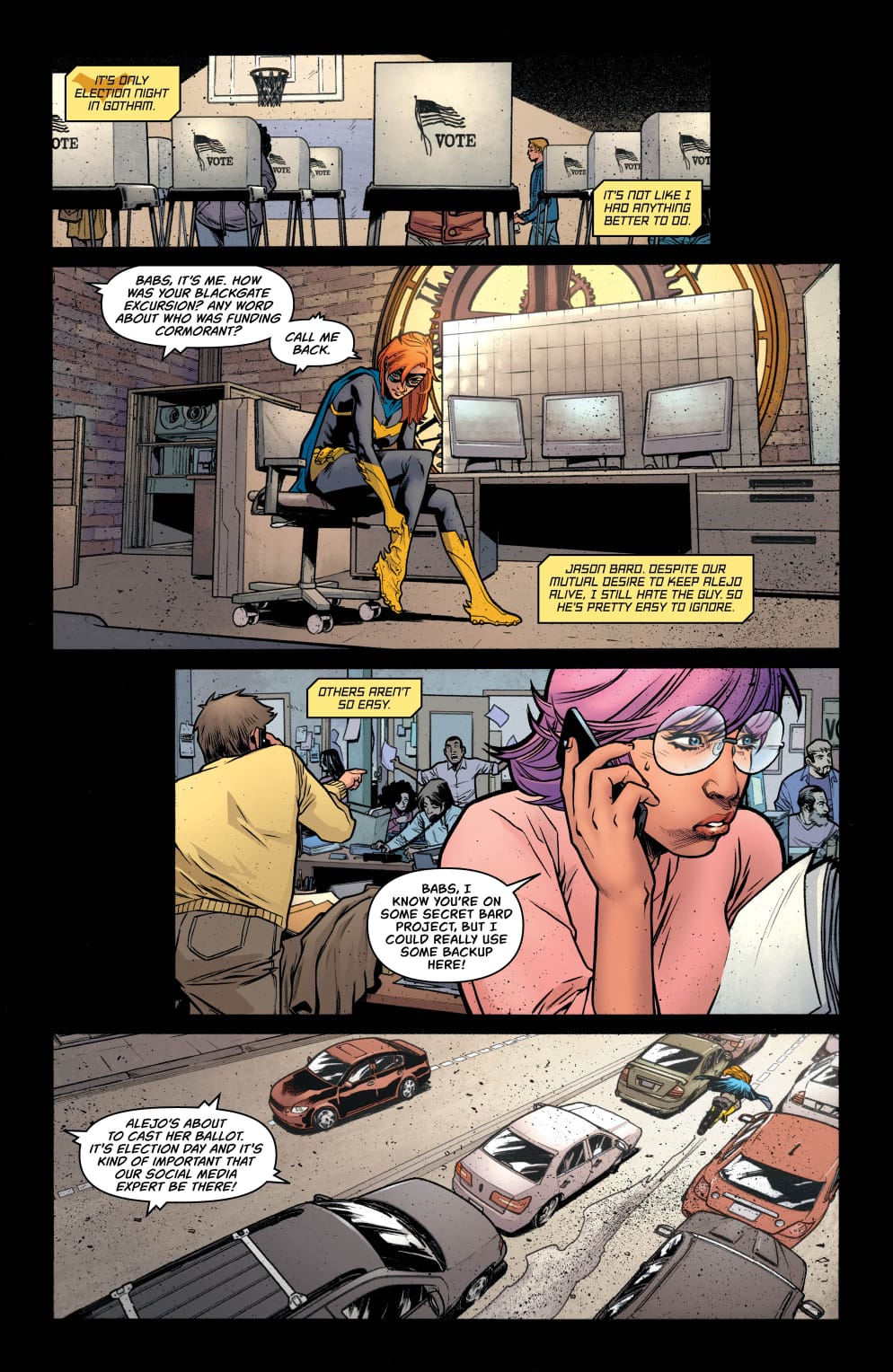 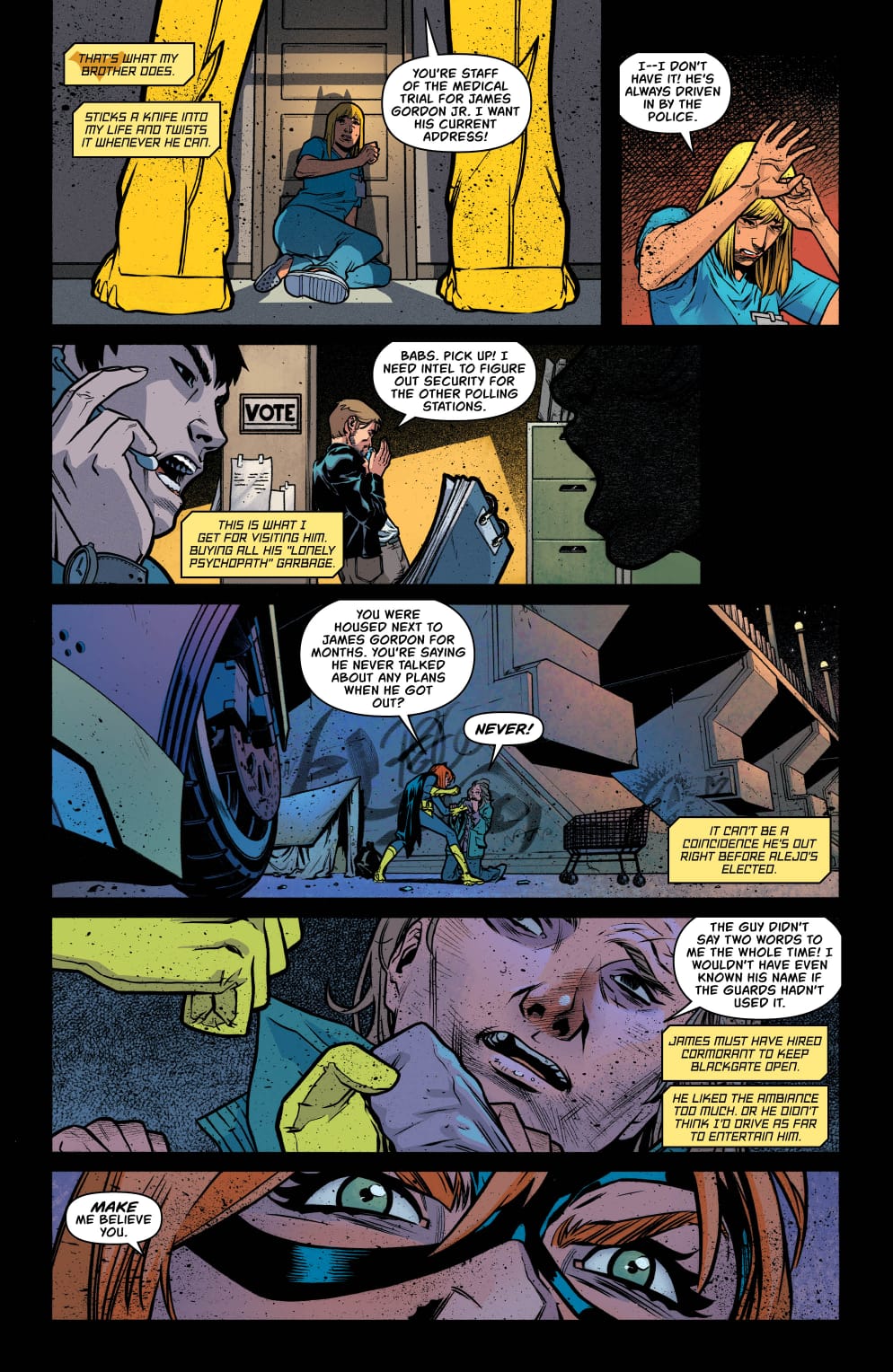 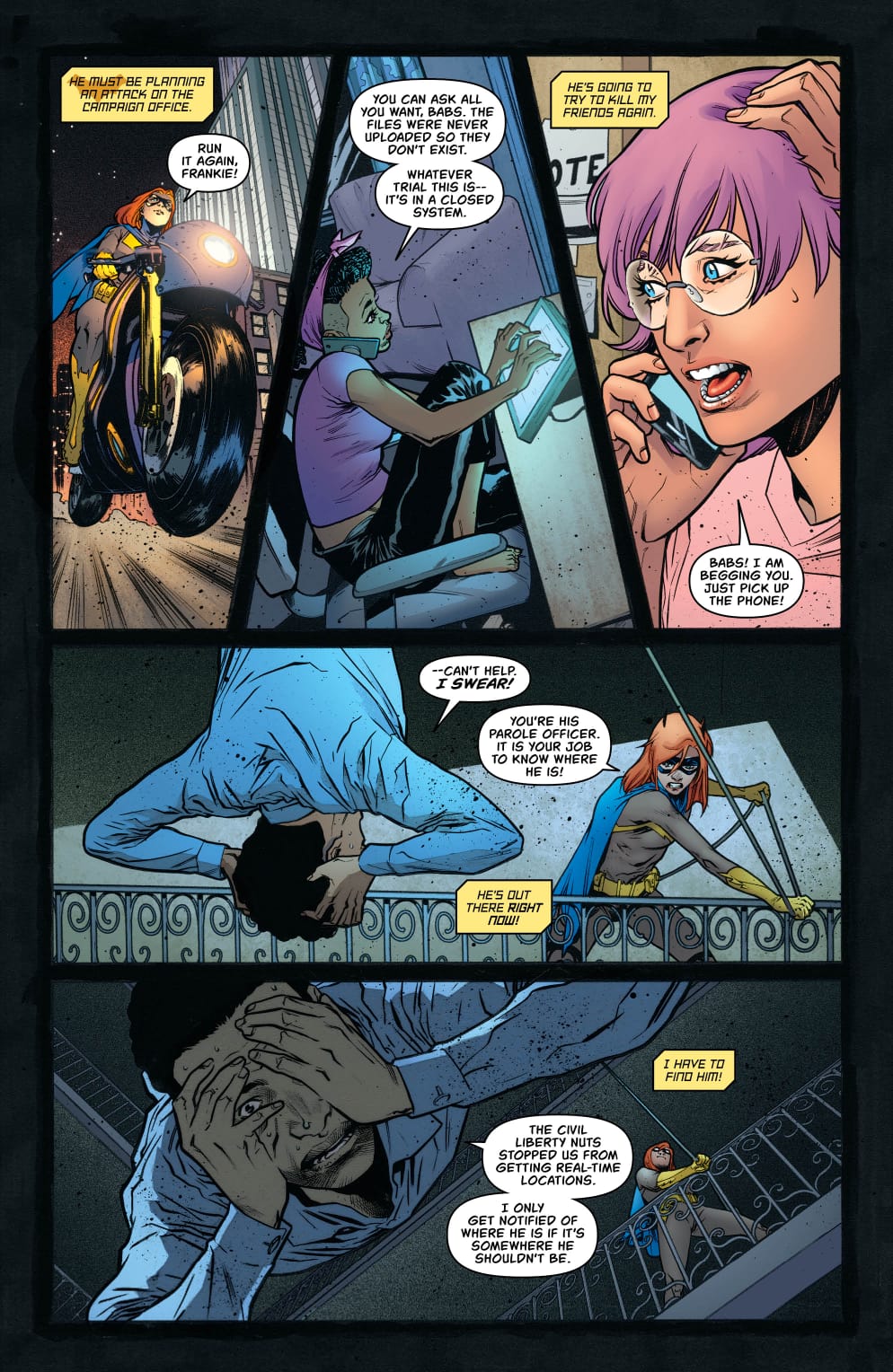 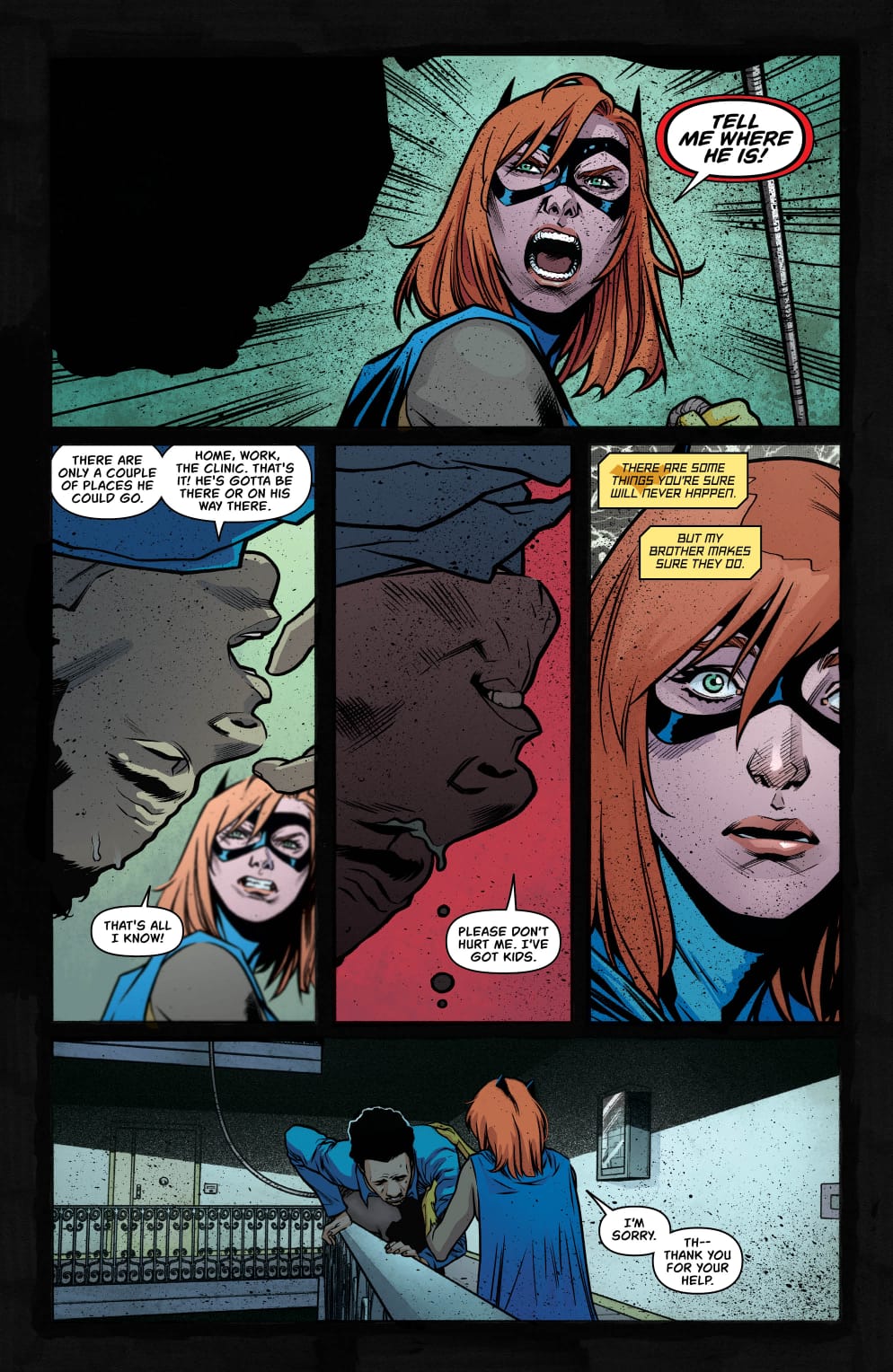 Hiding behind the mask, Batgirl?

Well, the family drama is coming out in force. When I read, it’s with every part of my body. So when something dramatic happens, or Babs gets in a good one liner, or something I never saw coming happens, I flap my hands. I make noises that have my family looking at me like I have two heads. I yell at the pages of the comic. Let me tell you, this issue had me doing all of those things at basically the same time. The writing is phenomenal, Scott has yet again blown me out of the water. The raw emotion we see from Batgirl, due to the discoveries she makes about her brother, had me on the edge of my seat. While feeling all the same things Babs was, I was there in the moment, and there were a lot of feelings in this one.

I have to immediately give props to the artists. Although not the names I used to seeing on a Batgirl issue, Elena Casagrande and Scott Godlewski have done an amazing job. Not only with the facial expressions, but the emotions that just jump off the page. It was so easy to empathise with Barbara, due to such great writing and art. Can I also just mention that I found the way light was used in this issue really interesting too? I don’t know if the artists were trying to allude to anything, but it was just masterful to look at.

Yes, please and thank you. More. This was an outstanding issue, I have absolutely no idea what’s going to happen next. Even less than last time. I can’t wait to find out how things pan out and get resolved. Totally here for the ride, Batgirl has me hooked till the end. Would highly recommend everyone picking up this issue and living the drama with me and Babs.