“The Trials Of Harley Quinn: Metamorphosis” 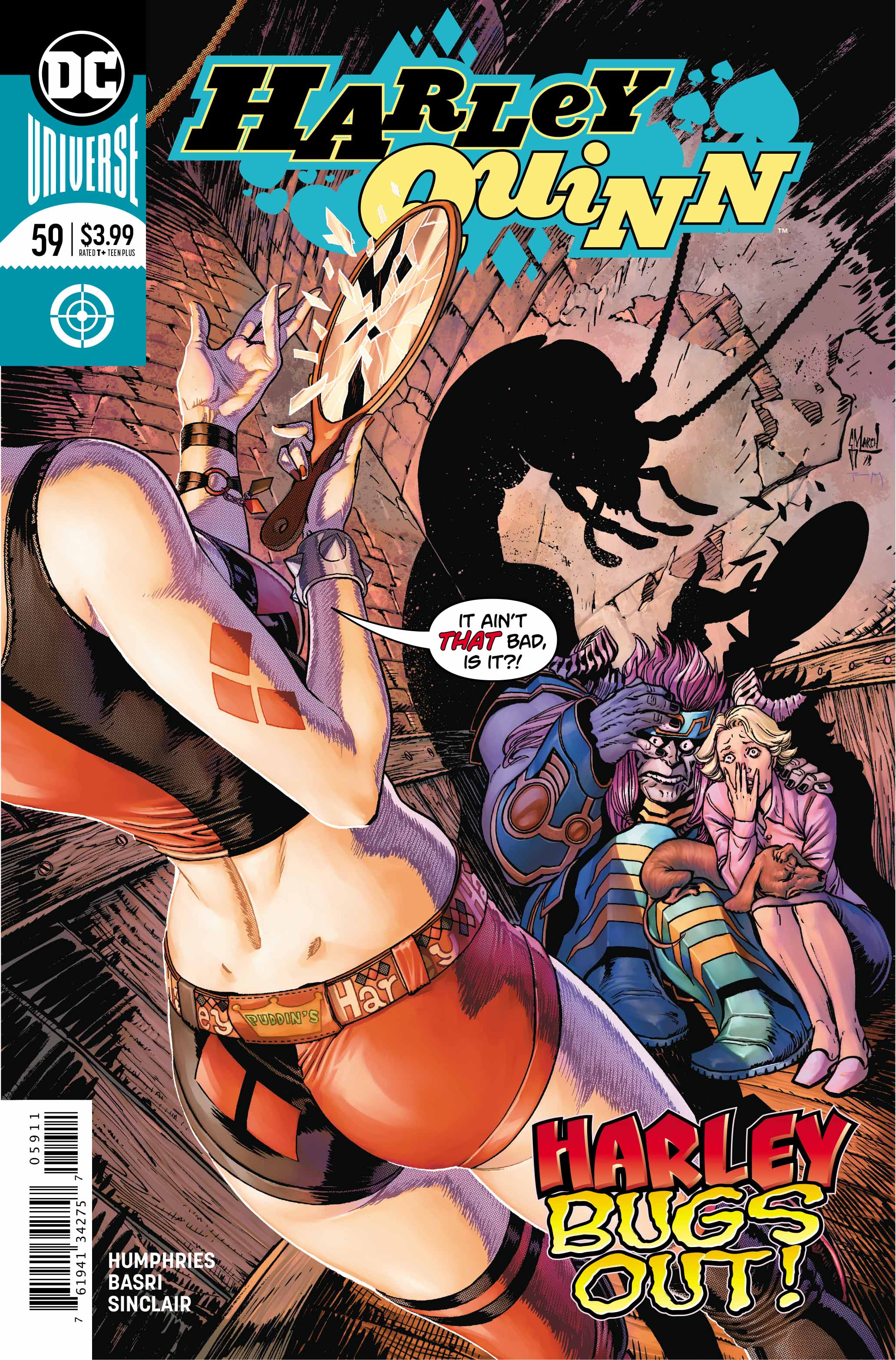 Back into the Harleyverse we go as Issue #59 of Harley Quinn throws us back into the Trials. The Lords of Order and Chaos sent their harbinger, Mirand’r, the ghost of a young Tamaranean, to find Harley Quinn and complete seven trials, enabling them to become the Lords’ Archangels of Retribution, back in Issue #57. In this issue we see if Harley has the mettle to make it through the second trial and move forward on her journey.

In this issue we open up in a dream we saw in Issue #58, in which Harley had already completed the trials and earned her place as Archangel. She wakes from the dream to find out things are a little different looking than when she fell asleep. A fear that attaches itself to most of us has visibly taken hold of her. After a flashback to twenty four hours earlier we find out why. The three witches from Captain Triumph’s visit have stuck around, with an awful ax to grind with Harley, one that is soon carried out, as Harls and Tina are doing a dunk tank, as part of the charity festival the pair are at. From there it remains to be seen if Harley will be able to survive these trials or not. 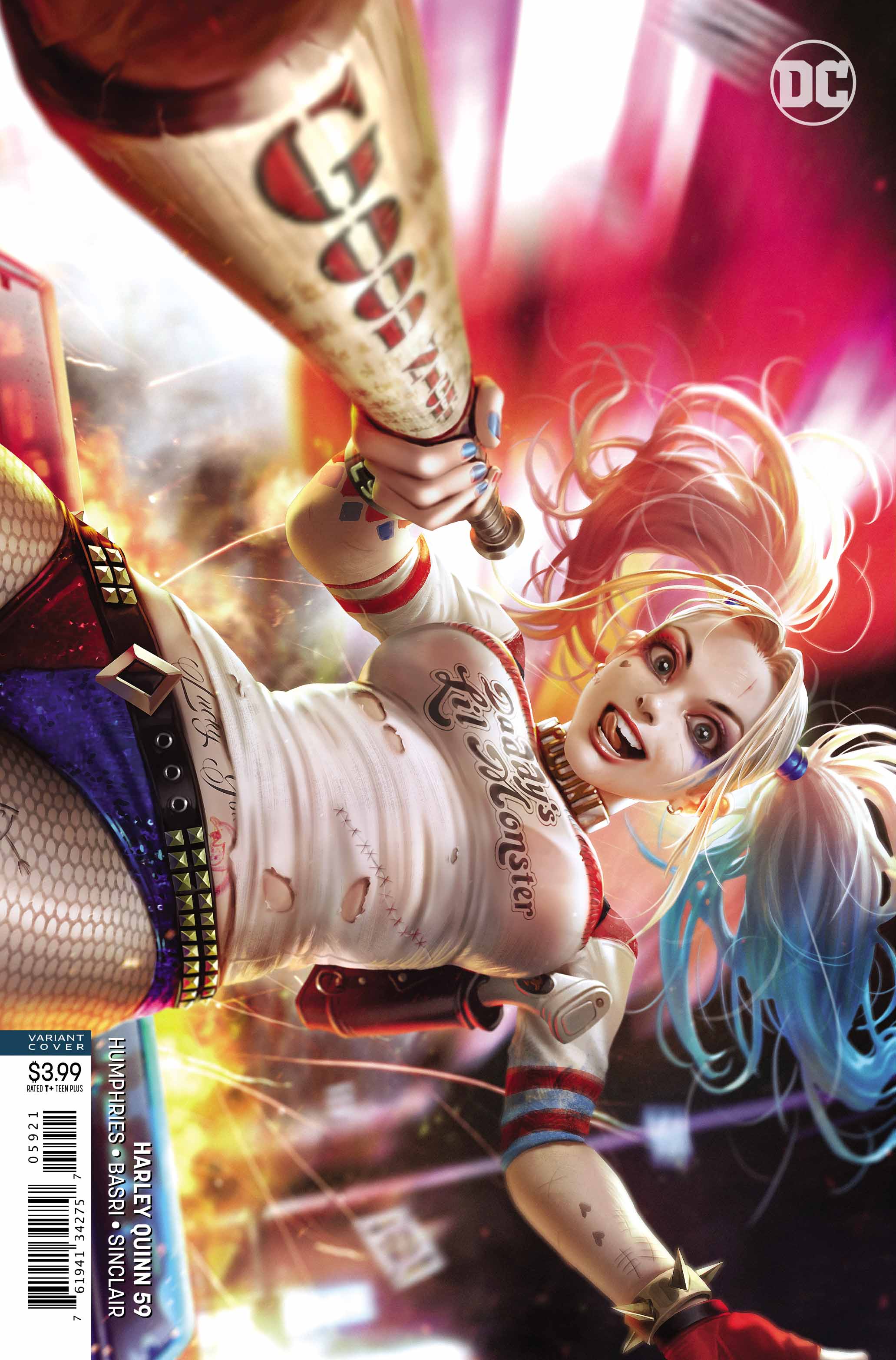 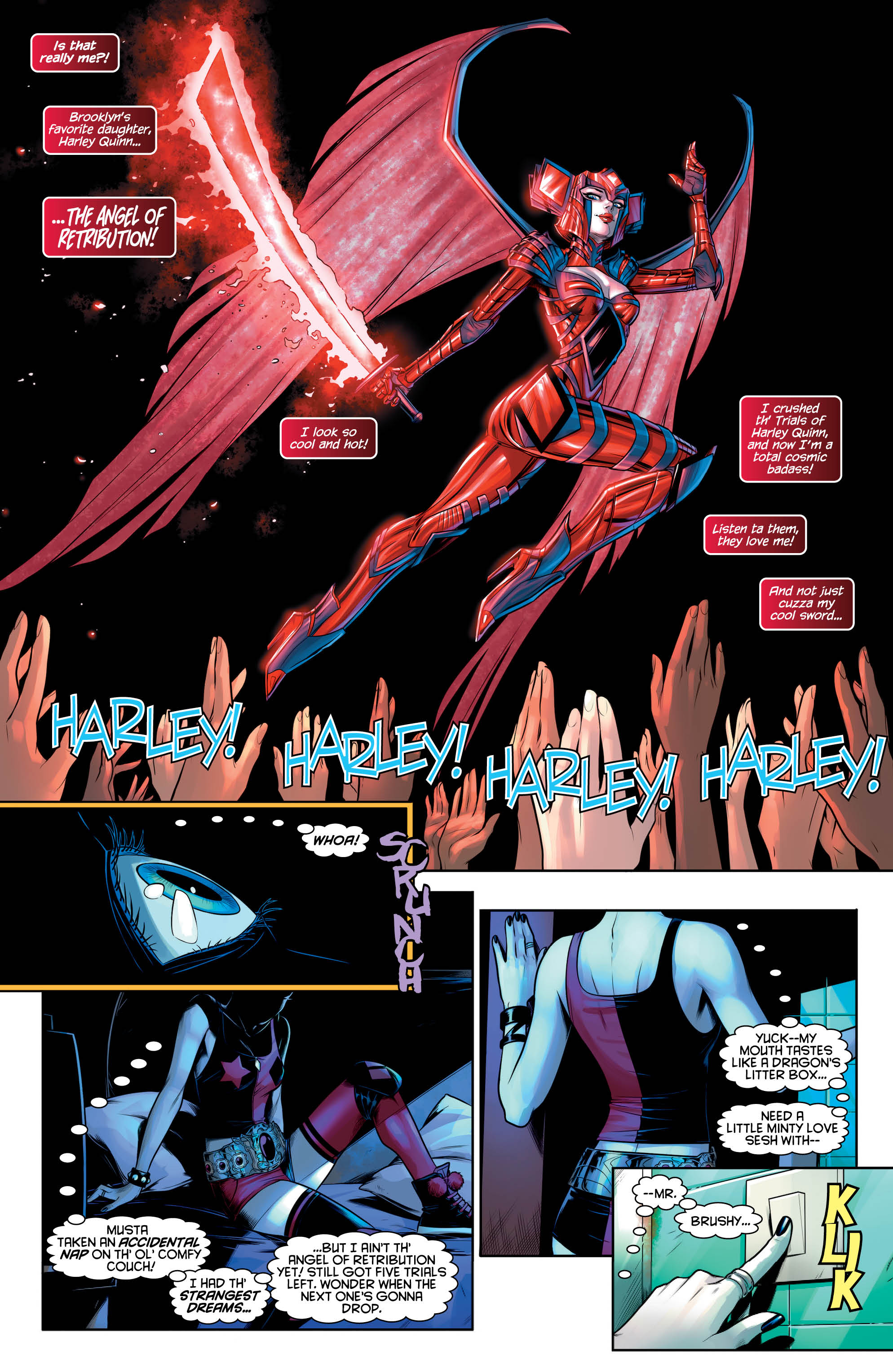 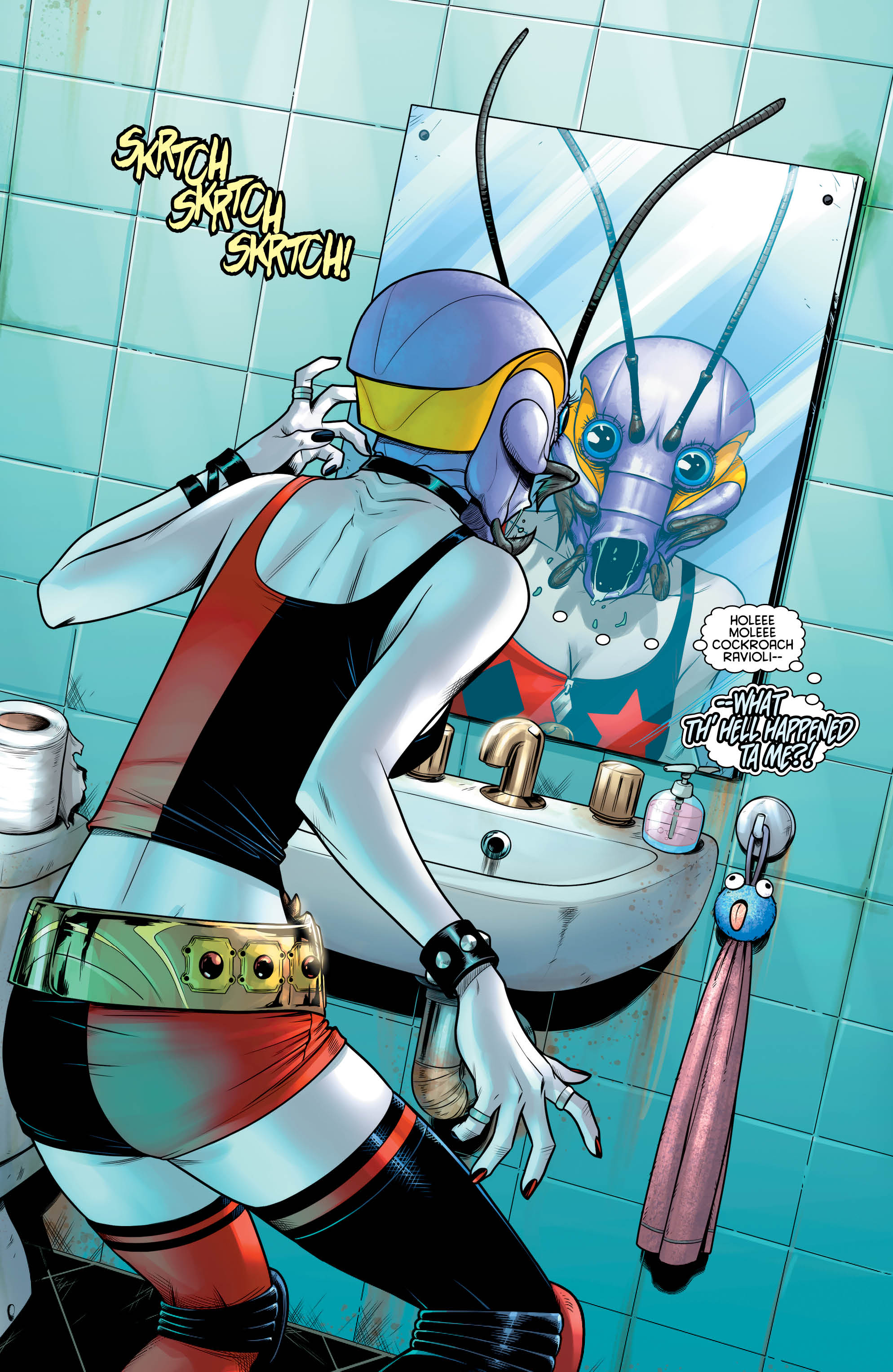 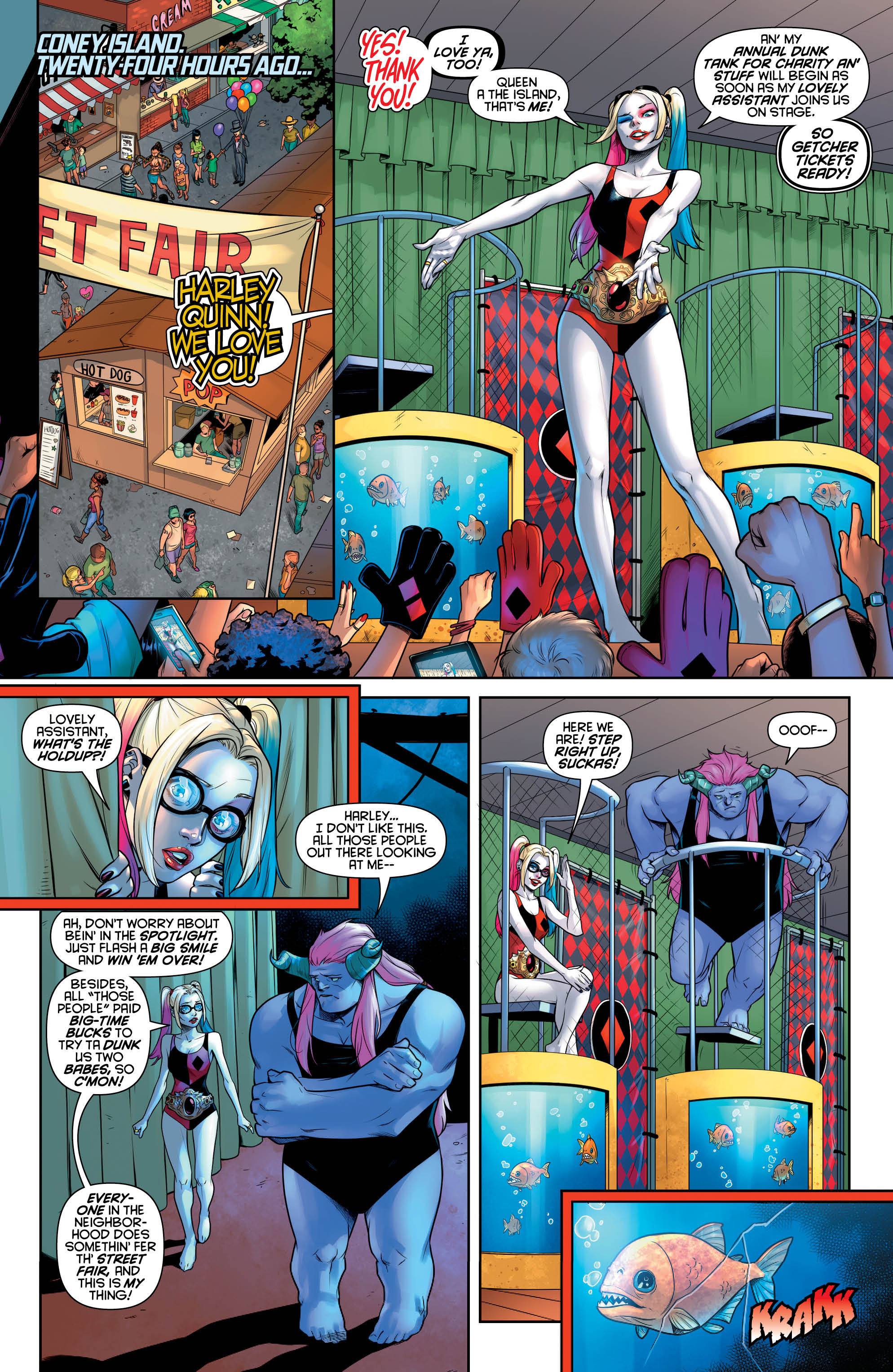 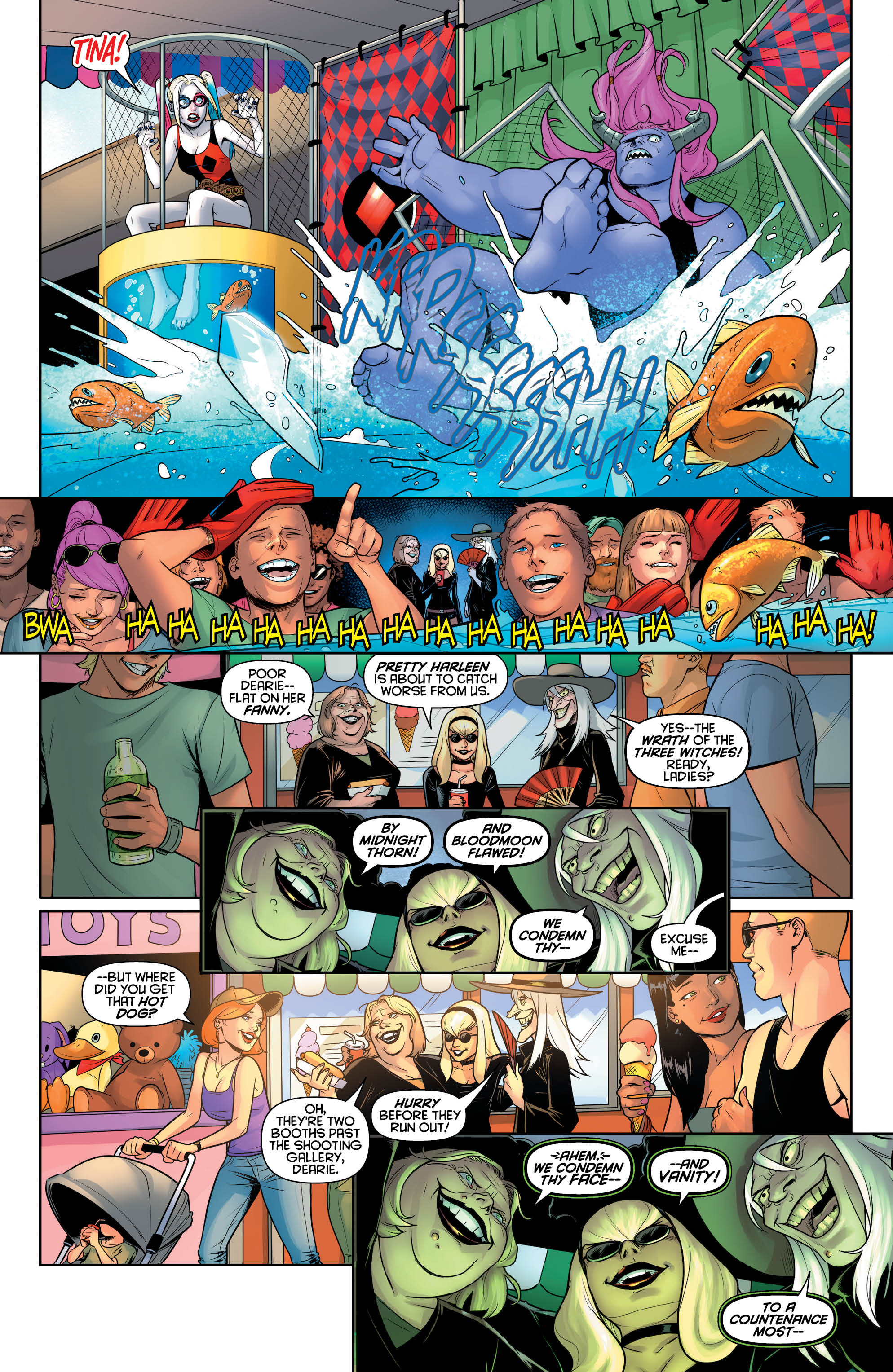 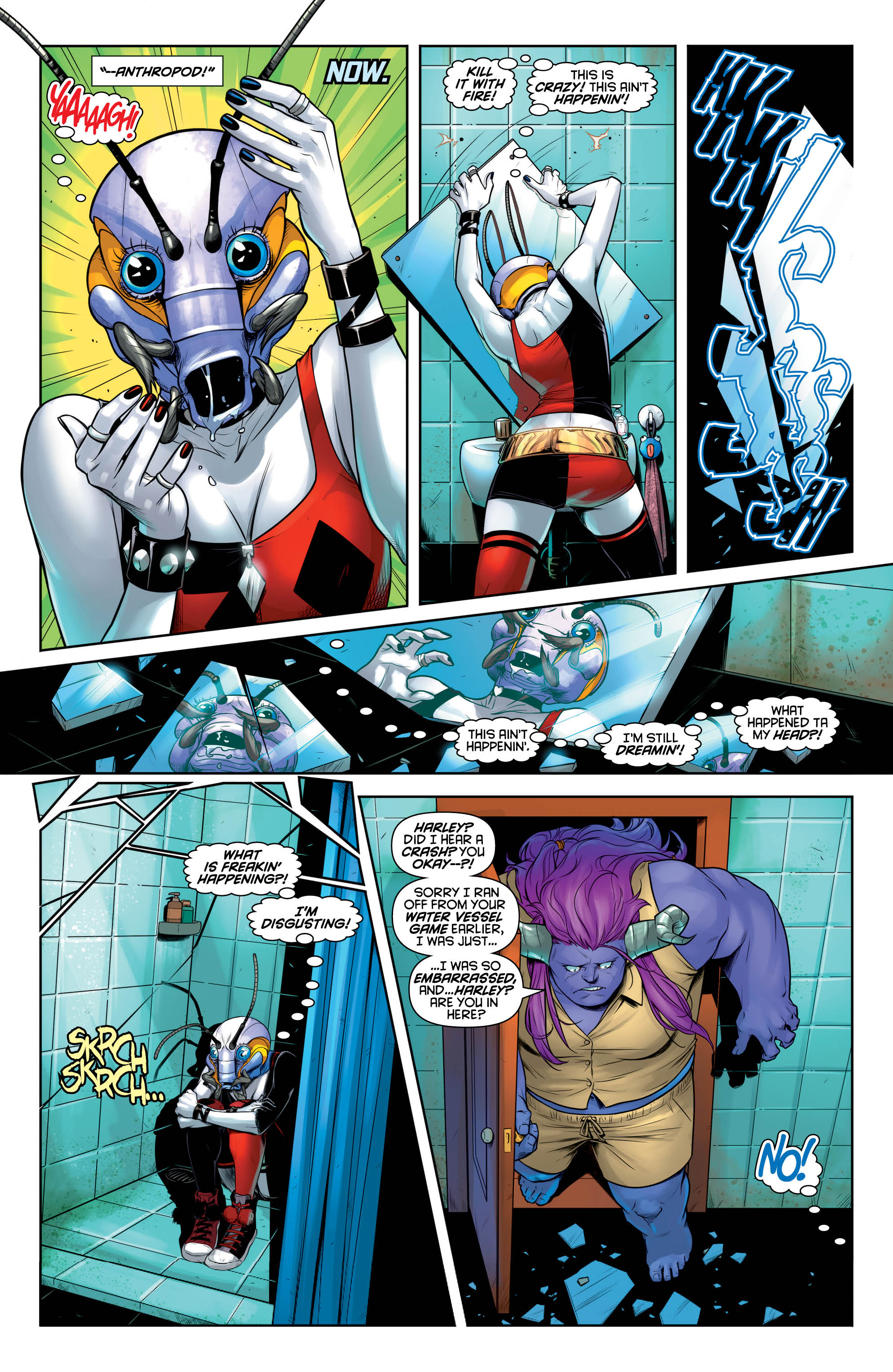 This is standard fare for a lesson learned issue that has all the building blocks to have been a great story. The turn in it along with the lesson learned however, feel disingenuous and rushed, almost like a 30 minute Saturday Morning cartoon. The issue feels like something out of The 13 Ghosts of Scooby Doo or Gummy Bears, where we meet a main character and follow them on their journey, then get a convenient moral lesson and a specific message as they come out the other side better… not that this is bad in any way. The art and letters were great, but just felt a bit more rushed than I personally would have liked.

Overall the book was a decent read and does what is supposed to do, which is to move the story along. It gives us what we need to see to get the trials moving forward and continuing that arc. At the same time, they’re trying to give us more as to what the base of Harley’s character is set on, as they establish the story. However, as Mirand’r states in one of the stand out moments in the book, Harley may be the first and ONLY champion that has been selected that stands a chance of surviving the trials. That said there are more perilous tests ahead for Harley to face.

What are you thinking so far Readers? What do you think the next trial may be? See you in issue #60, “Invasion!”