Review: Adventures of the Super Sons #7 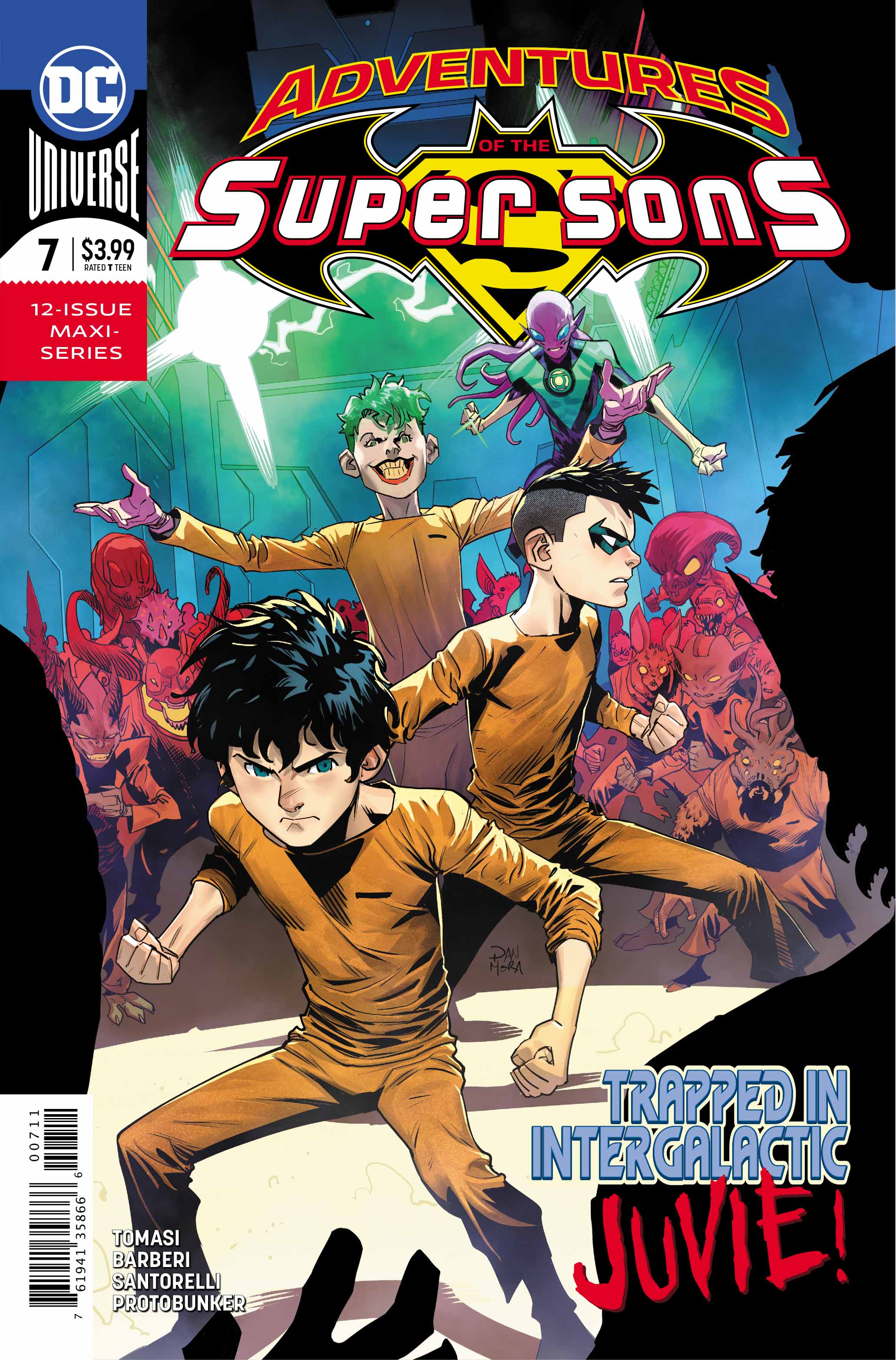 The Super Sons have gone straight to jail. They didn’t pass go or collect $200. Returning character, Tommy Tomorrow, has apprehended the boys as a result of their intergalactic troubles. Their time on Takron-Galtos, the charming prison planet, is only just beginning.

This issue has the singular honor of being unlike most of the series and is aptly titled. The tone of it is utterly unlike any issue before it. The setting may be familiar, but the alien situation makes this issue feel like it’s part of an entirely different series. 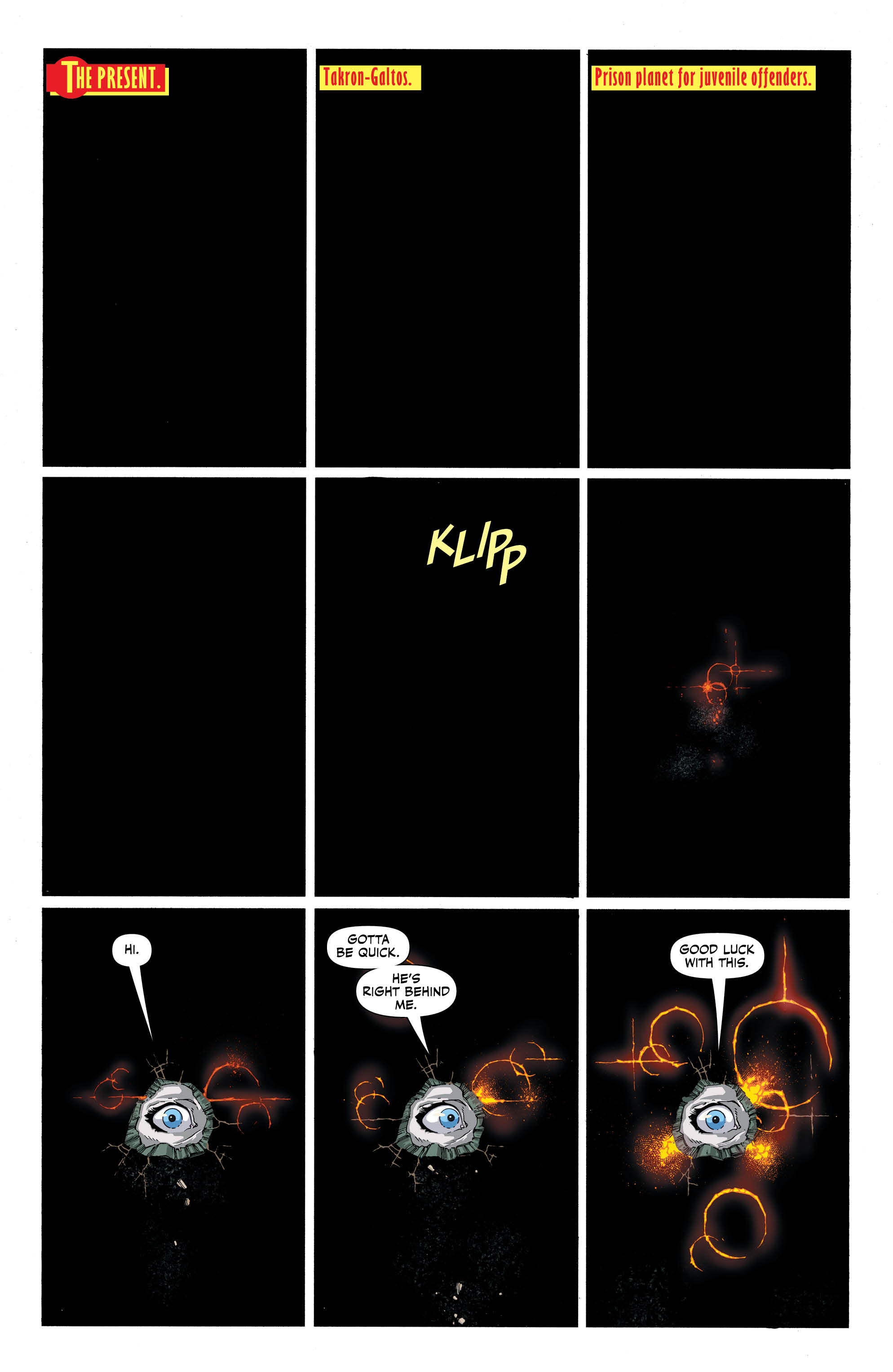 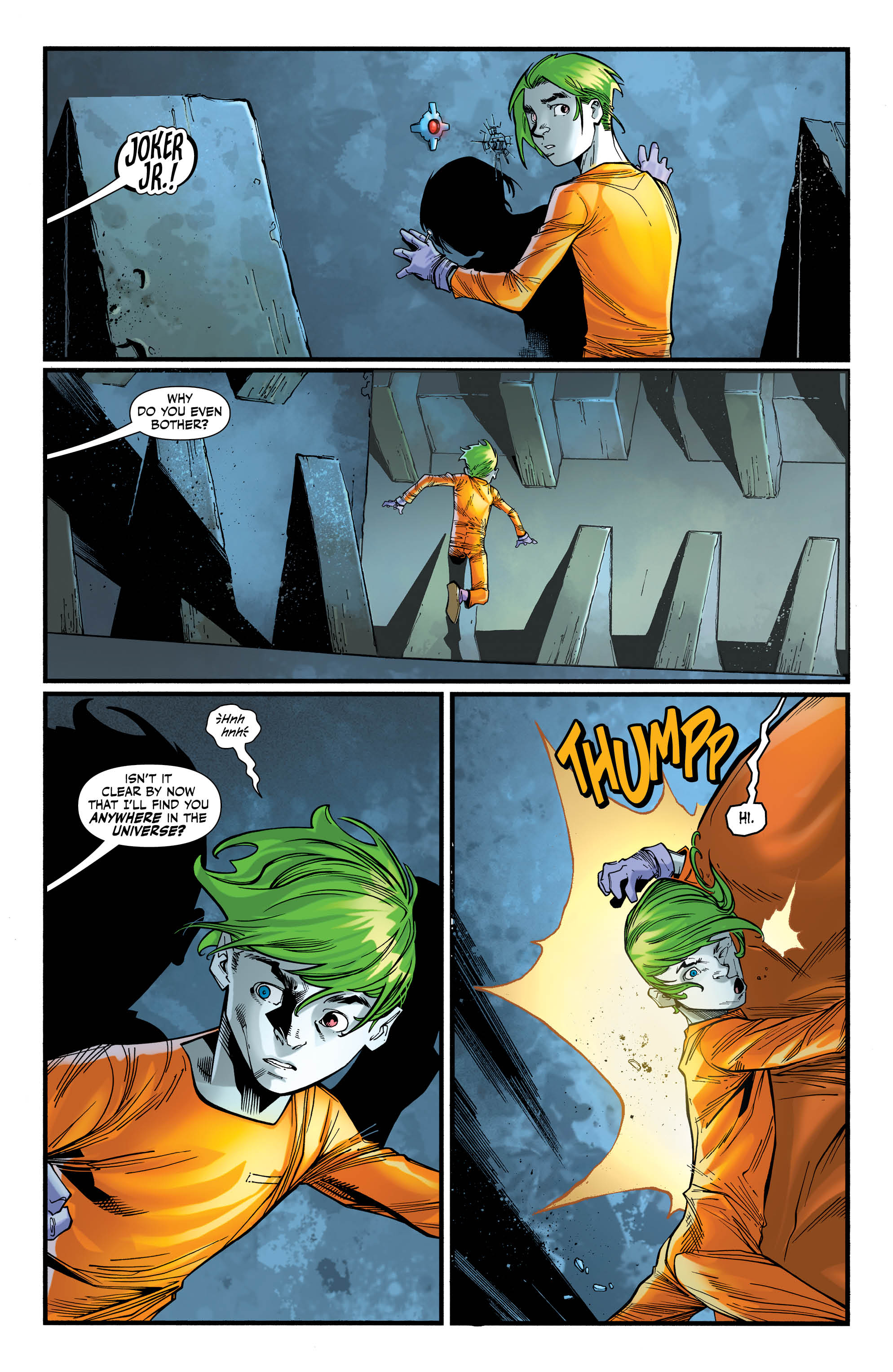 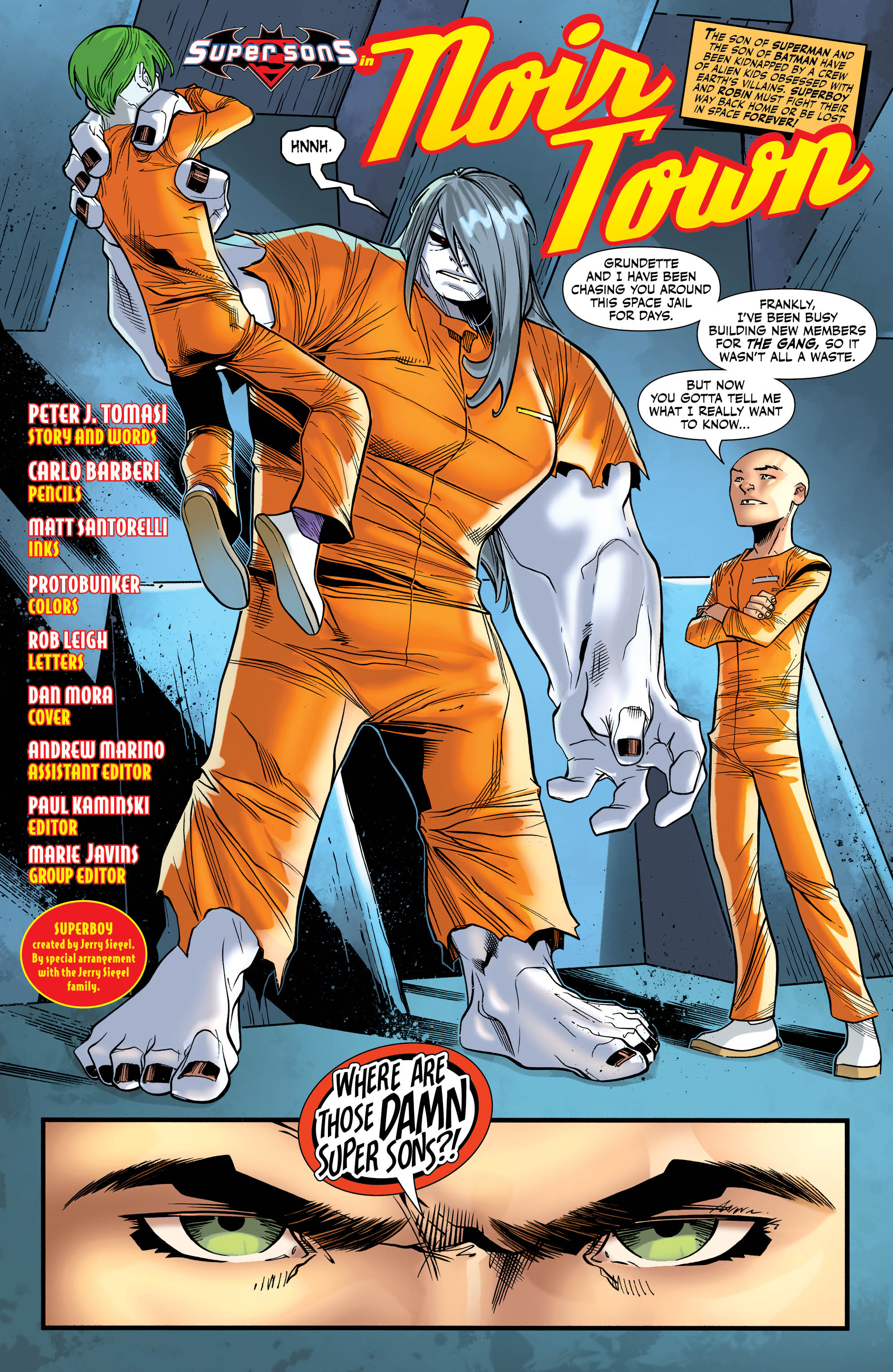 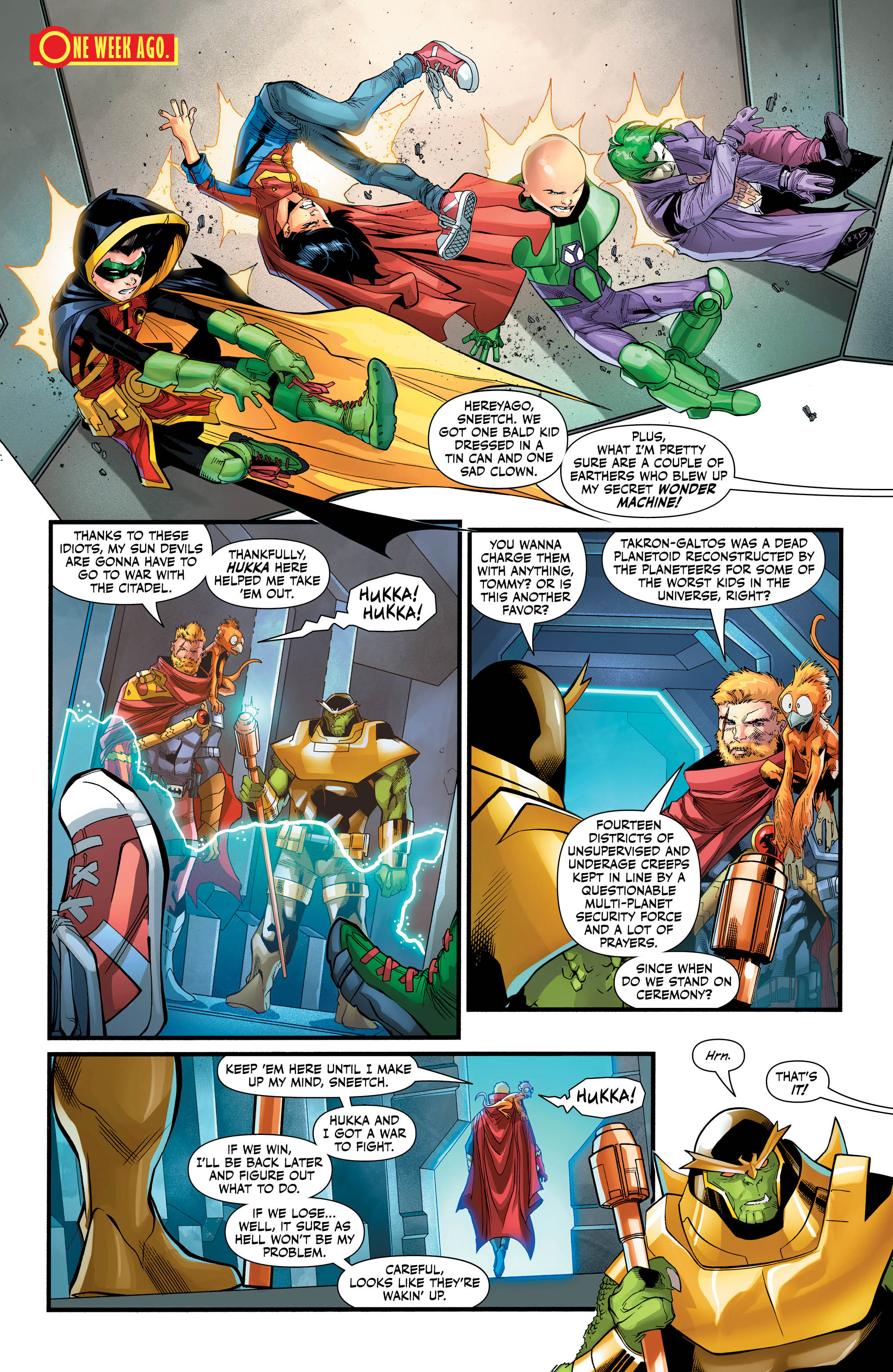 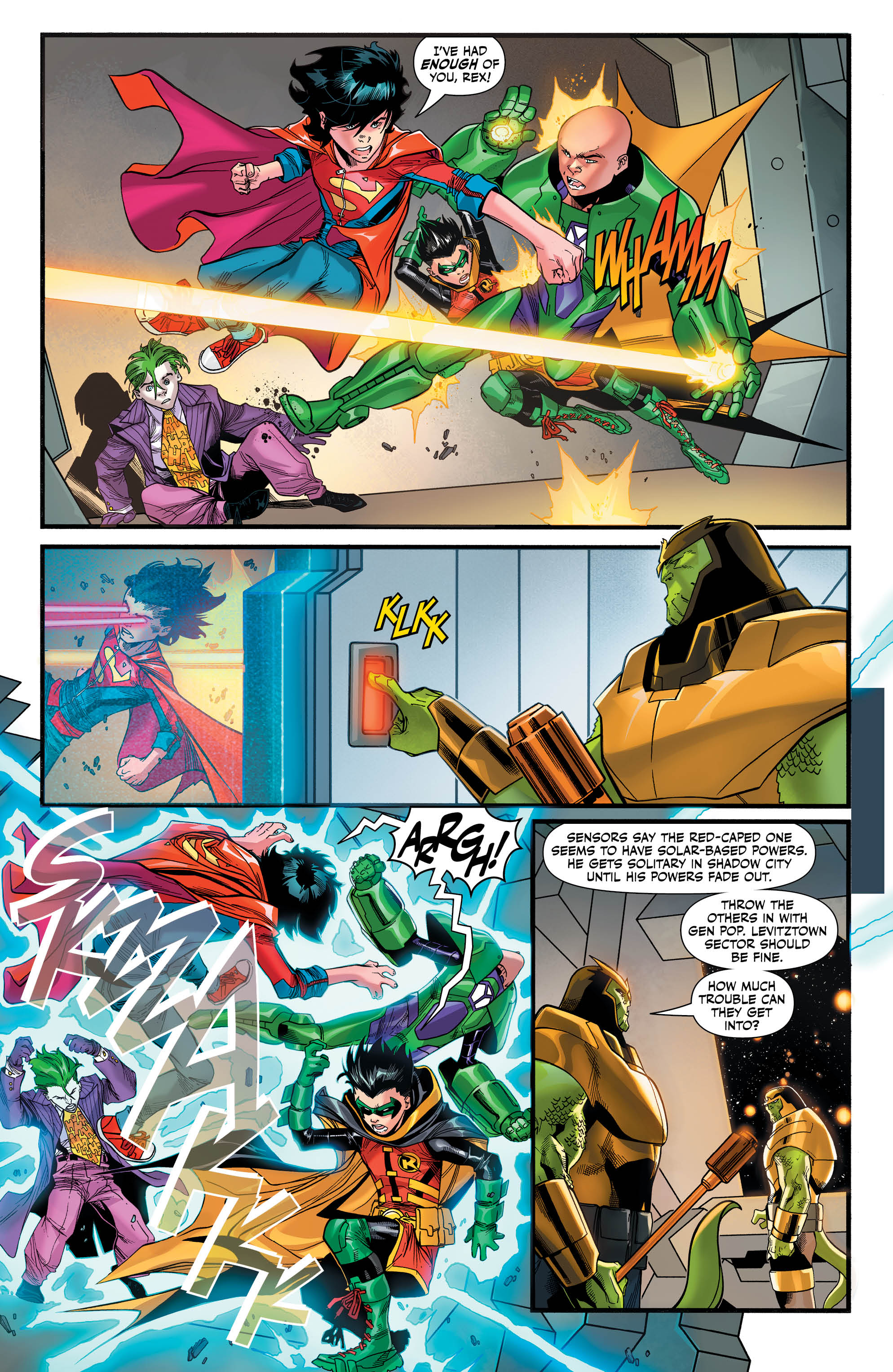 We don’t fully see the scope of this prison planet, which is probably for the best. We catch glimpses of a gritty, and worn down city-scape. It wears down child criminals from across space and appears like a vast, sunless metropolis. This is the kind of habitat that Damian is accustomed to. The issue feels a great deal like a Detective Comics issue at times; the colors of the city are muted grays which make the place feel as dirty and run-down as Gotham. The Robin outfit breaks up the page as Damian explores the landscape. We truly feel like he’s the son of the bat. The dynamic leaps over the rooftops are close enough for us to imagine Batman right there with him.

This noir issue is a departure for this series and a bold change in style, compared to what’s been before. By showing the super sons in many environments the writer is testing the characters. Tomasi has been deeply exploring what the sons of Batman and Superman are up to, in their travels across the galaxy.

This issue keeps us guessing how the two will continue. The ways are very open going into issue 8, and just about anything is possible.

Here’s What Robert Pattinson Could Look Like as Batman