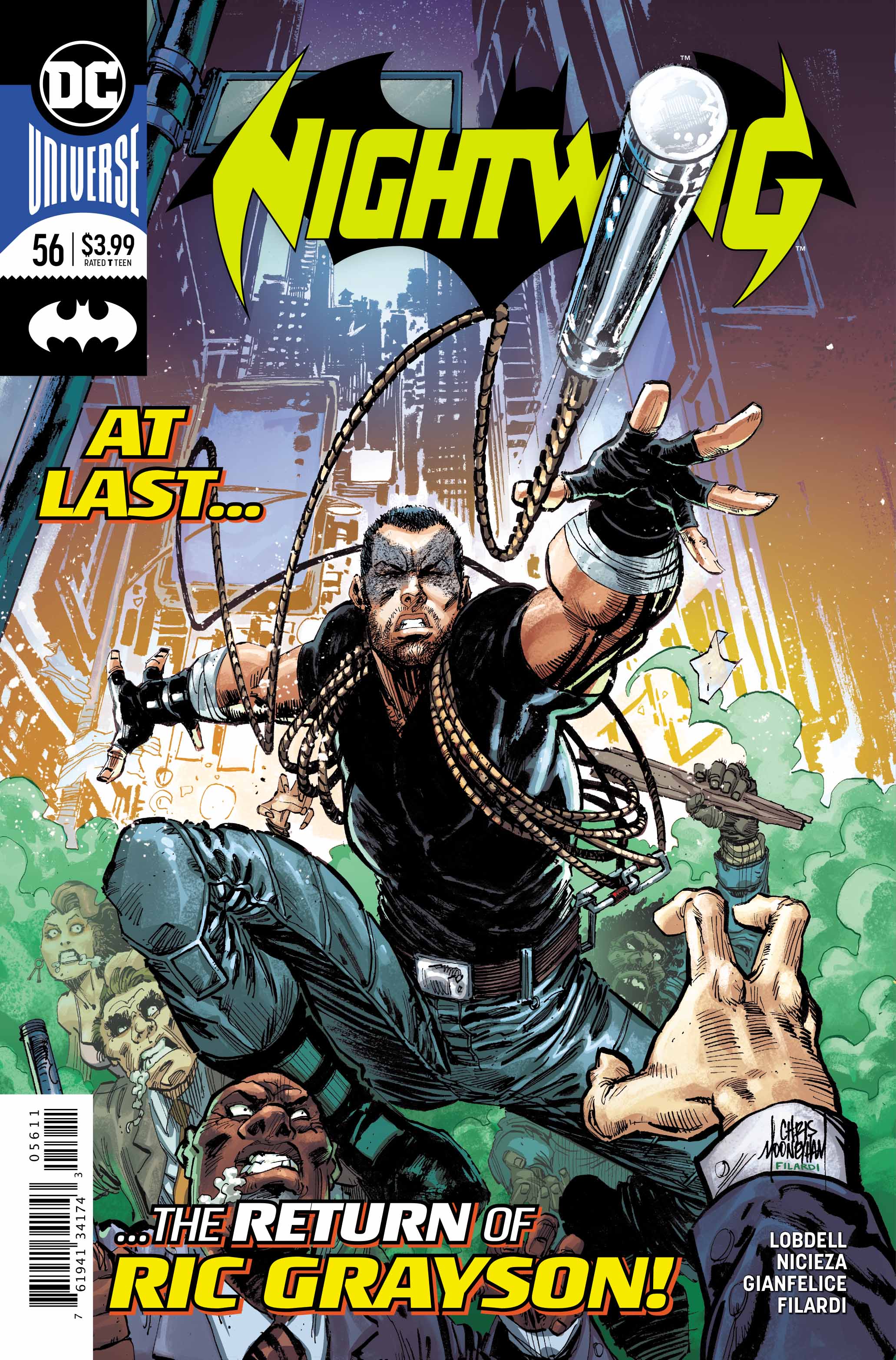 A lot is happening in this issue of Nightwing. Scarecrow has changed his toxins and is attacking Bludhaven. The Nightwings are attempting to put Crane down, or at least control the crowd affected by his gas.

Ric Grayson is on his way to get his taxi and get out of town! That is until he comes across the team of Nightwings battling away against Scarecrow and his horde. 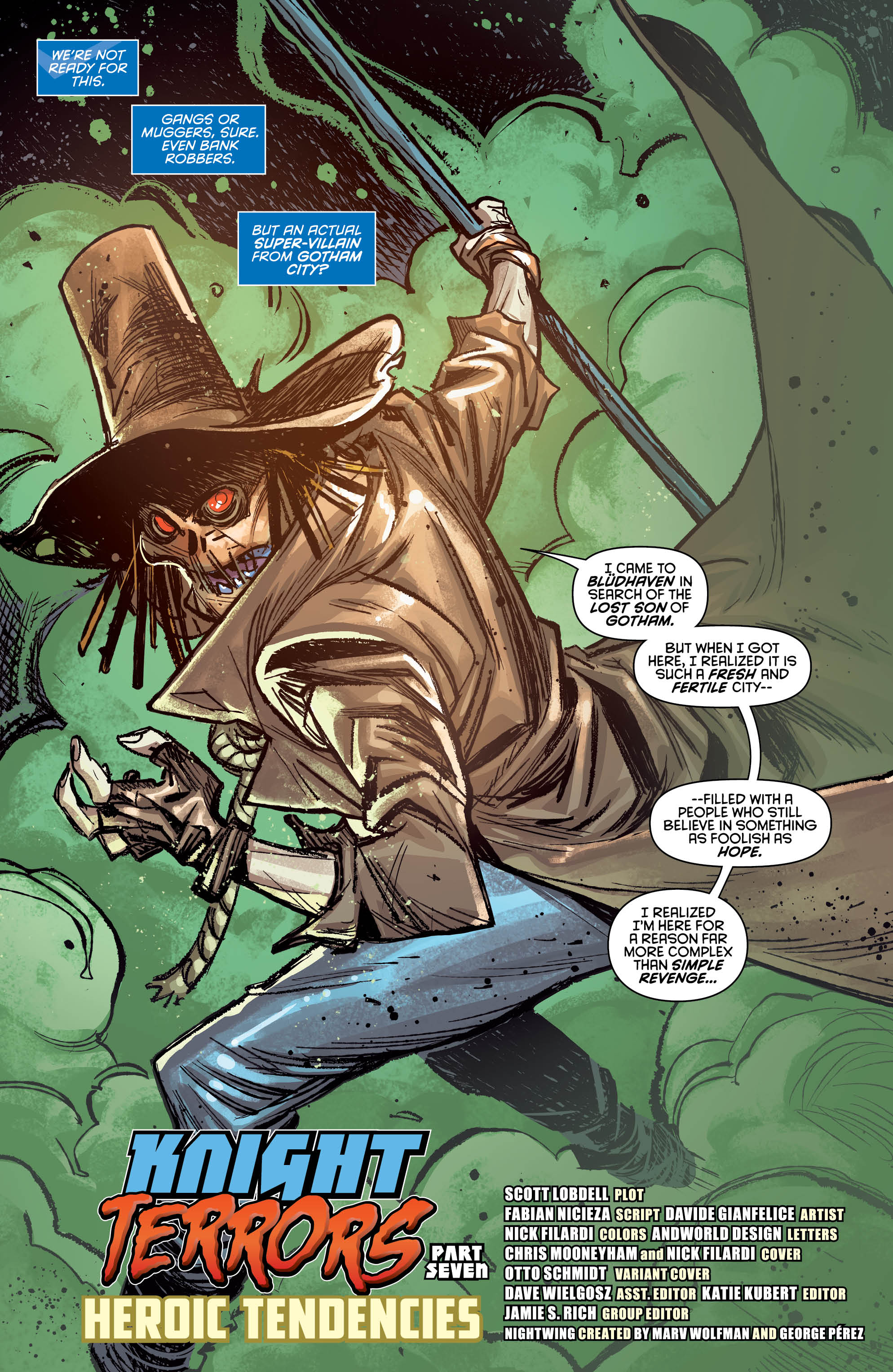 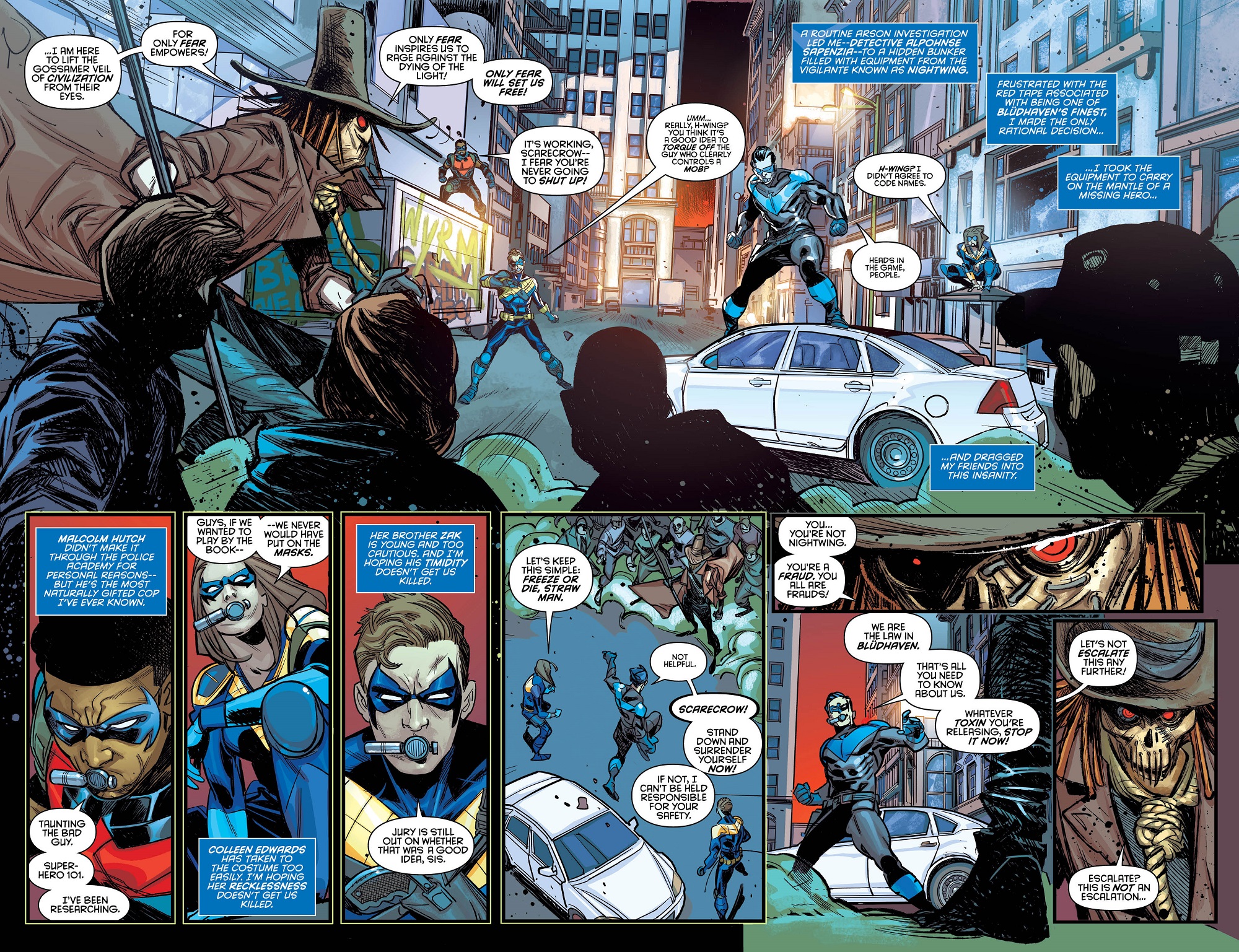 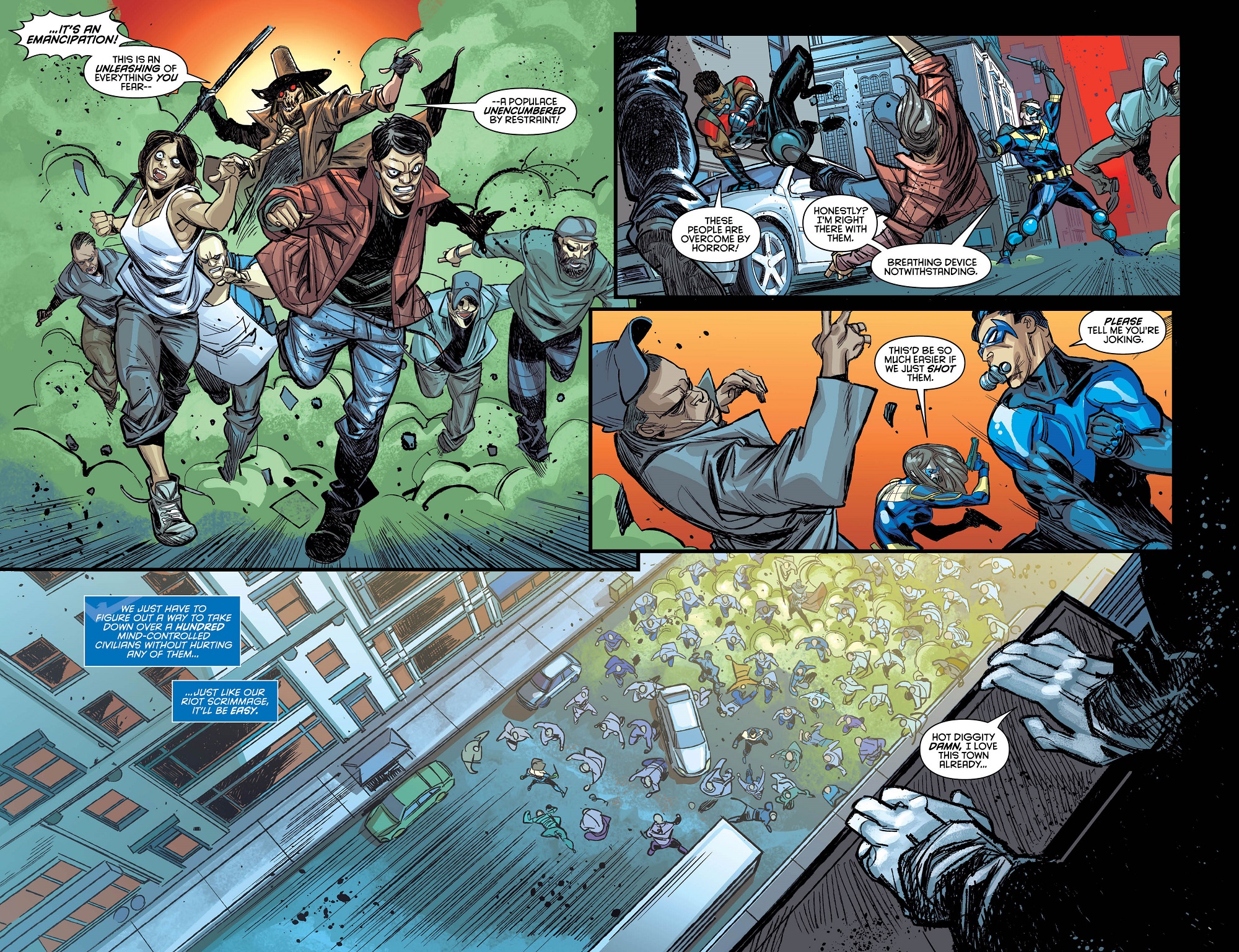 Some things are just meant to be. Grayson is always meant to be a hero, it’s built into his DNA. He can’t help himself, when there are people in need; he has to get involved.

The refreshing new fear toxin from Scarecrow was an excellent idea, and executed brilliantly by Lobdell and Nicieza. I really love the idea that Scarecrow tries to change his approach. I feel like this should have been done a while back now. Instead of relying on fear to create an army of civilian soldiers, Scarecrow makes them all fearless. Now an army without fear is terrifying.

Ric Grayson is finally, very slowly, becoming his own man. After living a life in which everyone tells you who you should be. It can be very refreshing to know that you’re finally doing things because that’s who you are, not who you were.

Did anyone else catch the mysterious hands in one the last panel of page three? A new threat to Bludhaven perhaps? Only one way to find out. I loved the story in this issue. Ric’s finally becoming a character in his own right, as opposed to who Dick used to be.
The artwork in this issue is solid, although I feel it’s not been as good as in previous instalments.