“A Shrewdness Of Apes” 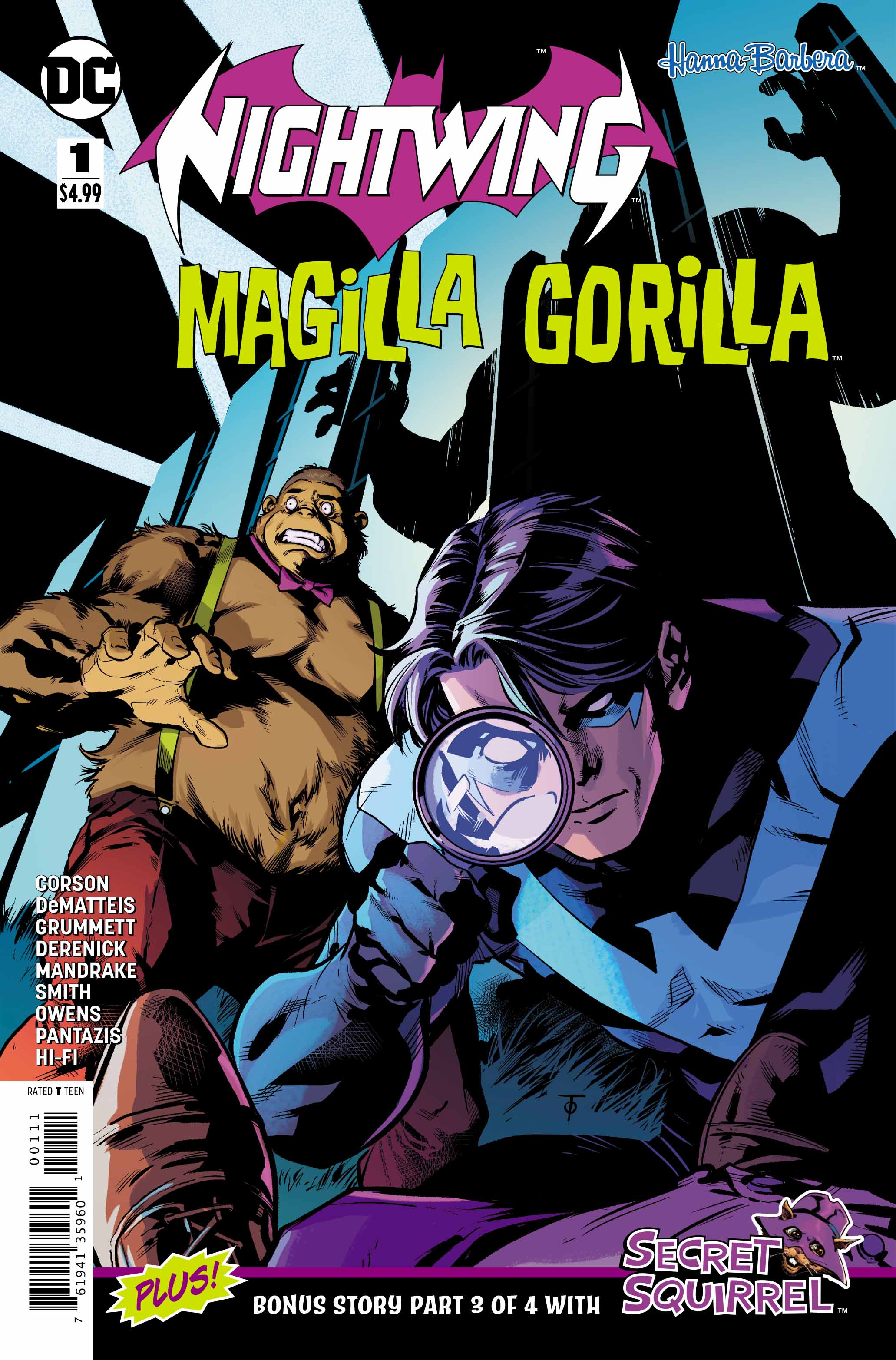 In this special one-shot edition of Nightwing/Magilla Gorilla we experience a story with a new type of partnership. This isn’t Nightwing and the Batman, oh no… Dick Grayson has a new partner in Magilla Gorilla.

The story kicks off with Dick making his way to Malibu in a convertible. The handsome crime fighter’s wearing his shades, his hair blowing in the wind, with a focused look on his face.

By invite he has been asked to meet a movie star at his mansion, but this isn’t your typical actor. Magilla Gorilla fills page 6 with his presence, looking down from his balcony thanking Grayson for meeting him at his request. Dick is brought to the movie star’s home and is told by Magilla that he wants to make a movie about the Graysons. Dick, shocked and forced to face his past once again expresses his unwillingness to support the idea of the film. 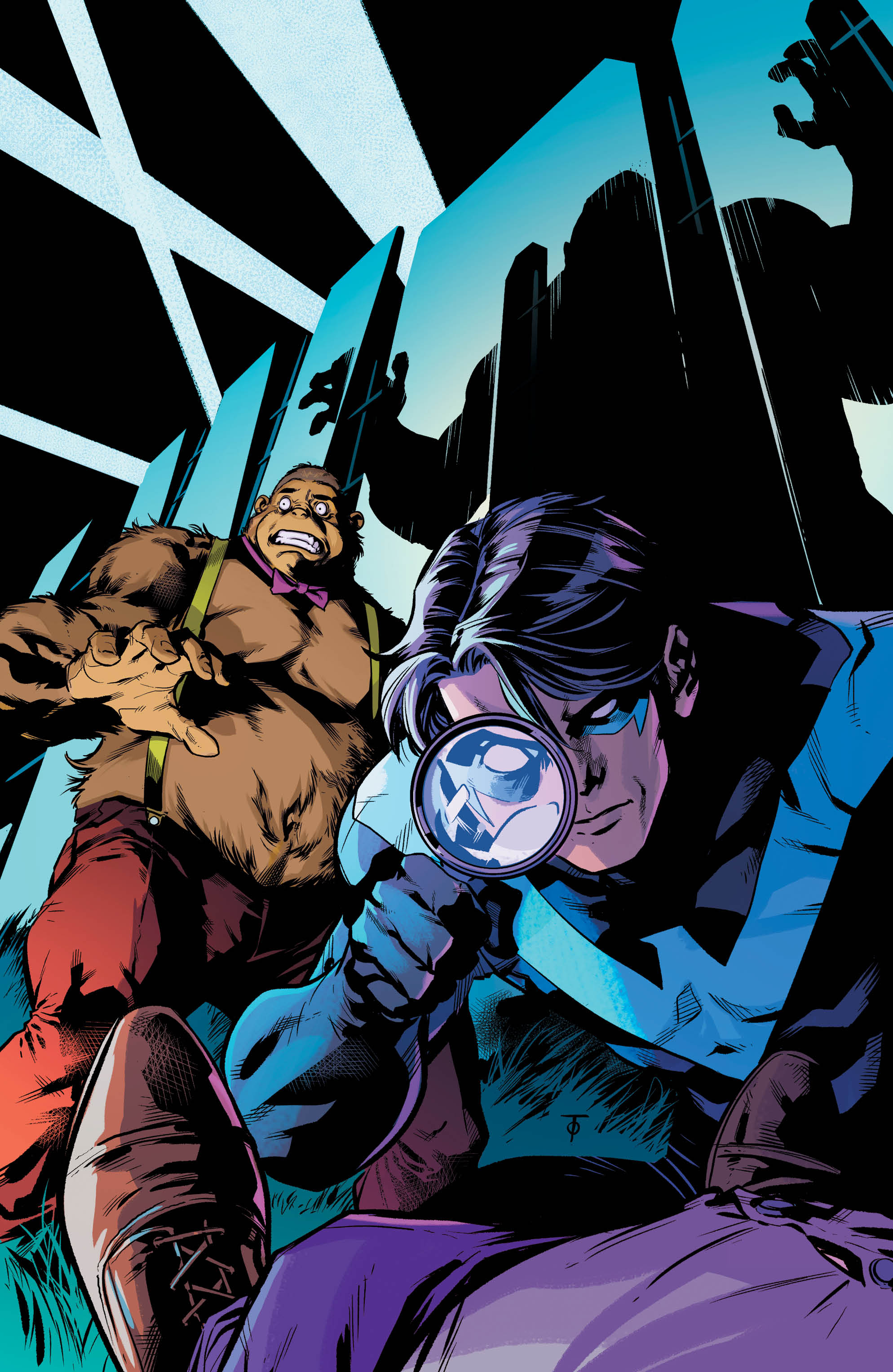 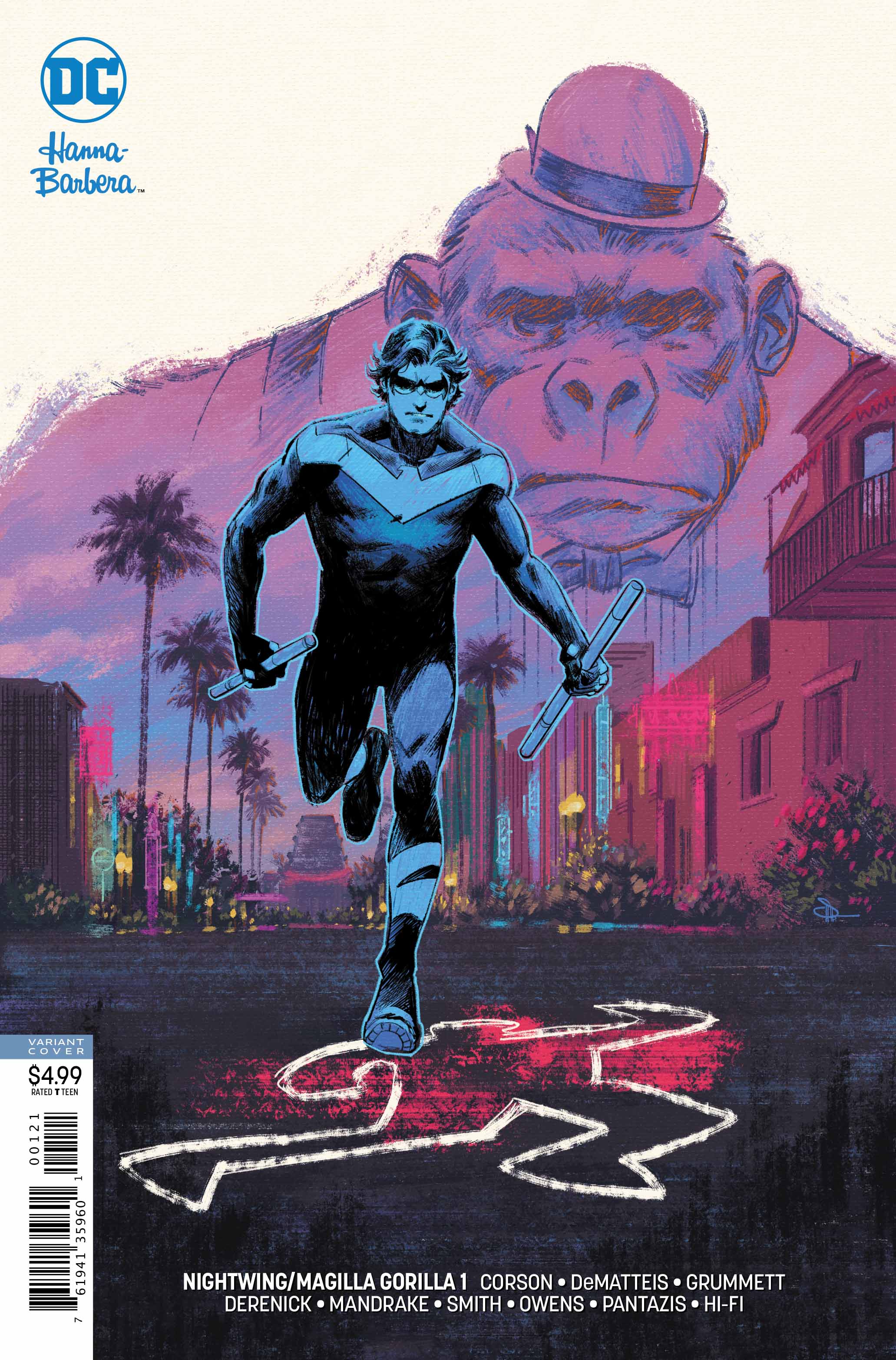 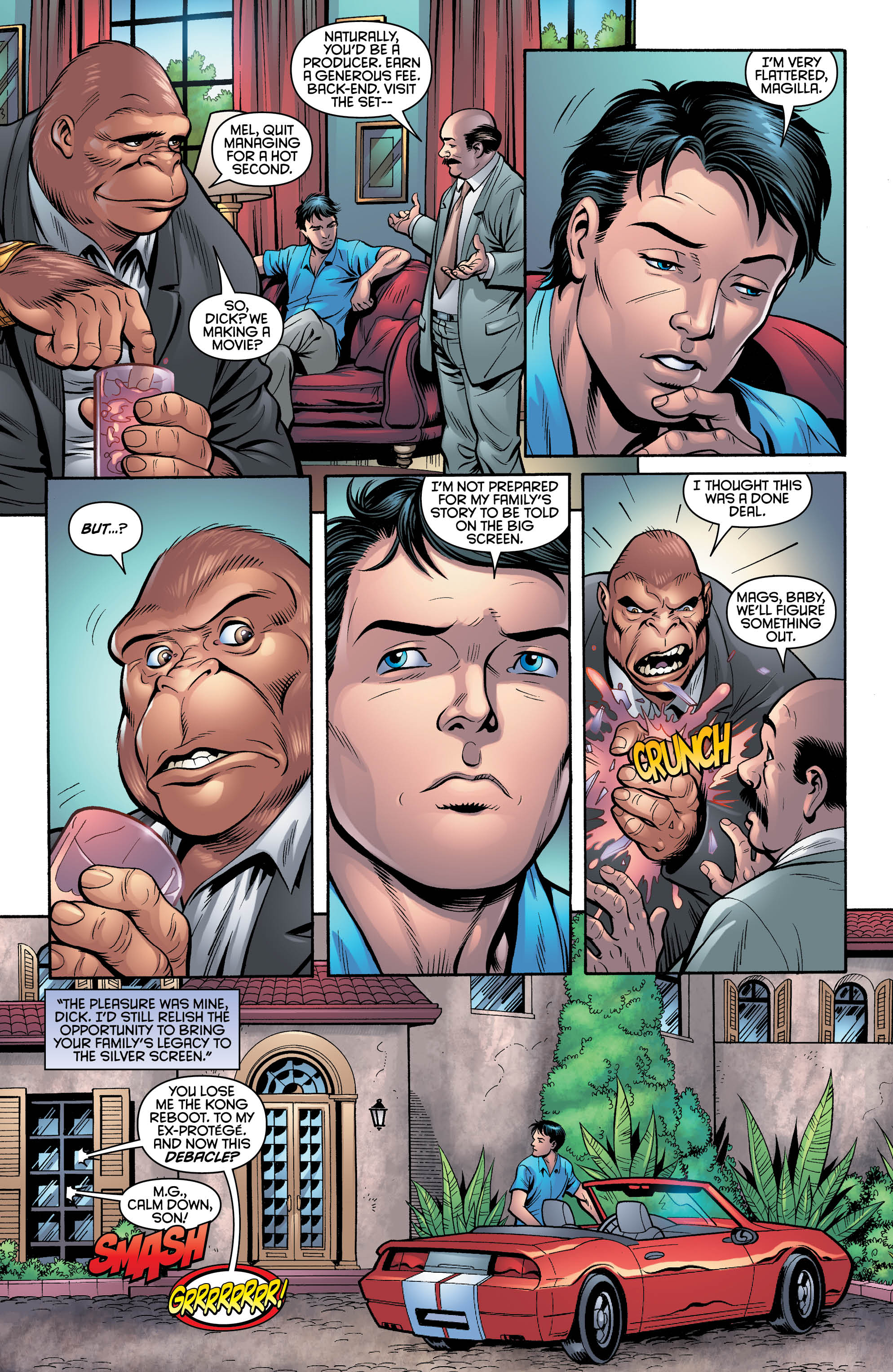 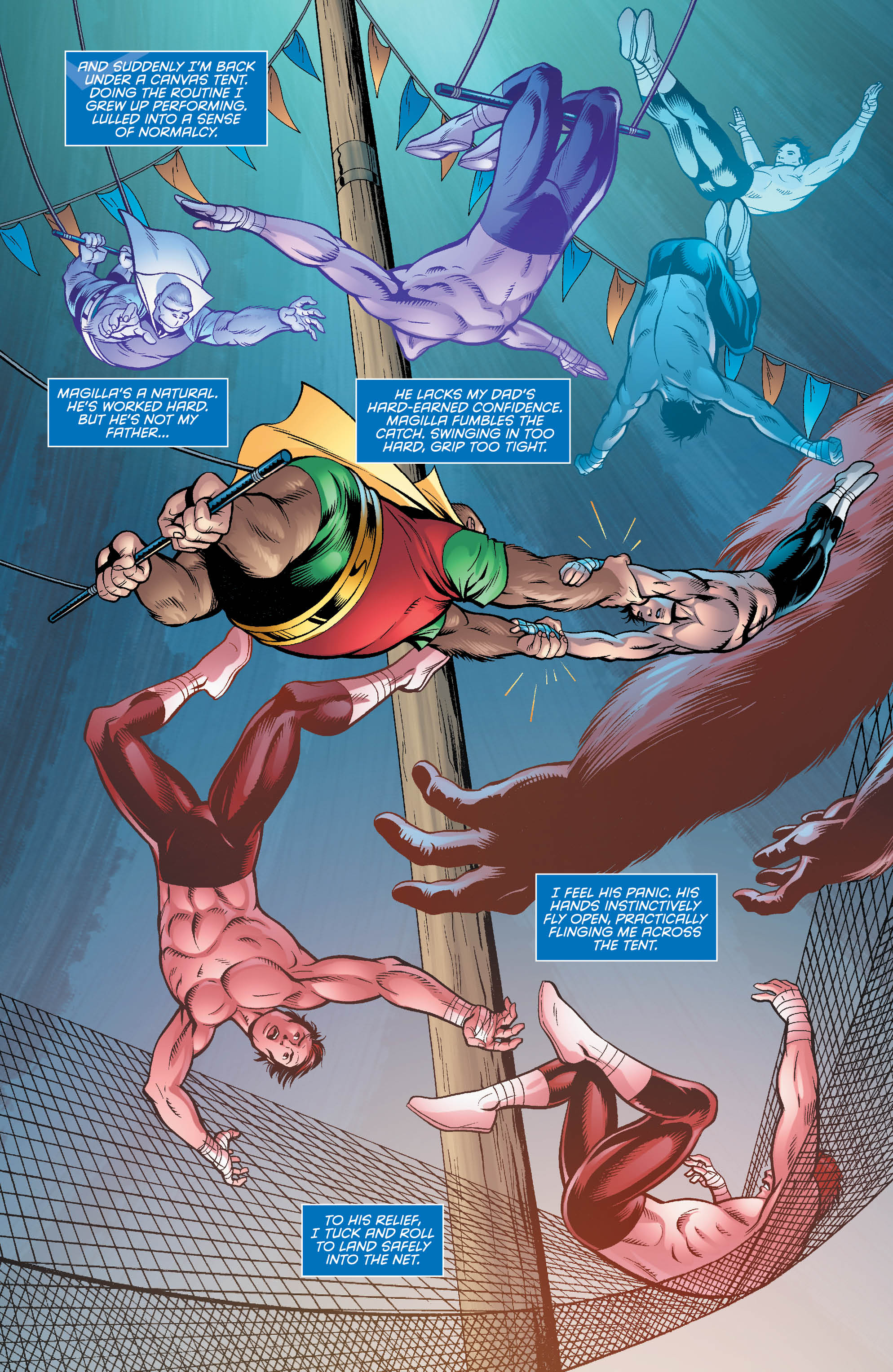 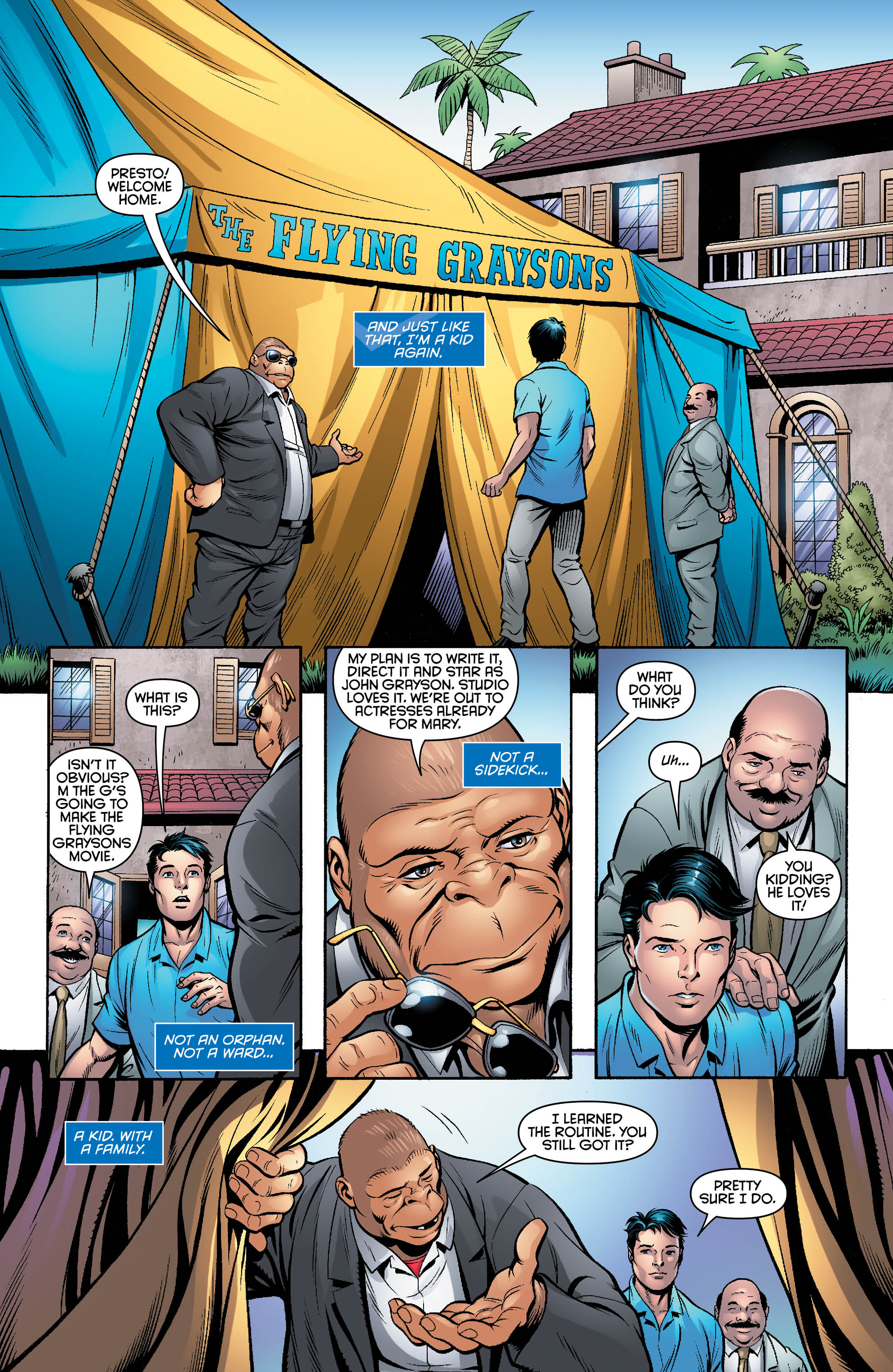 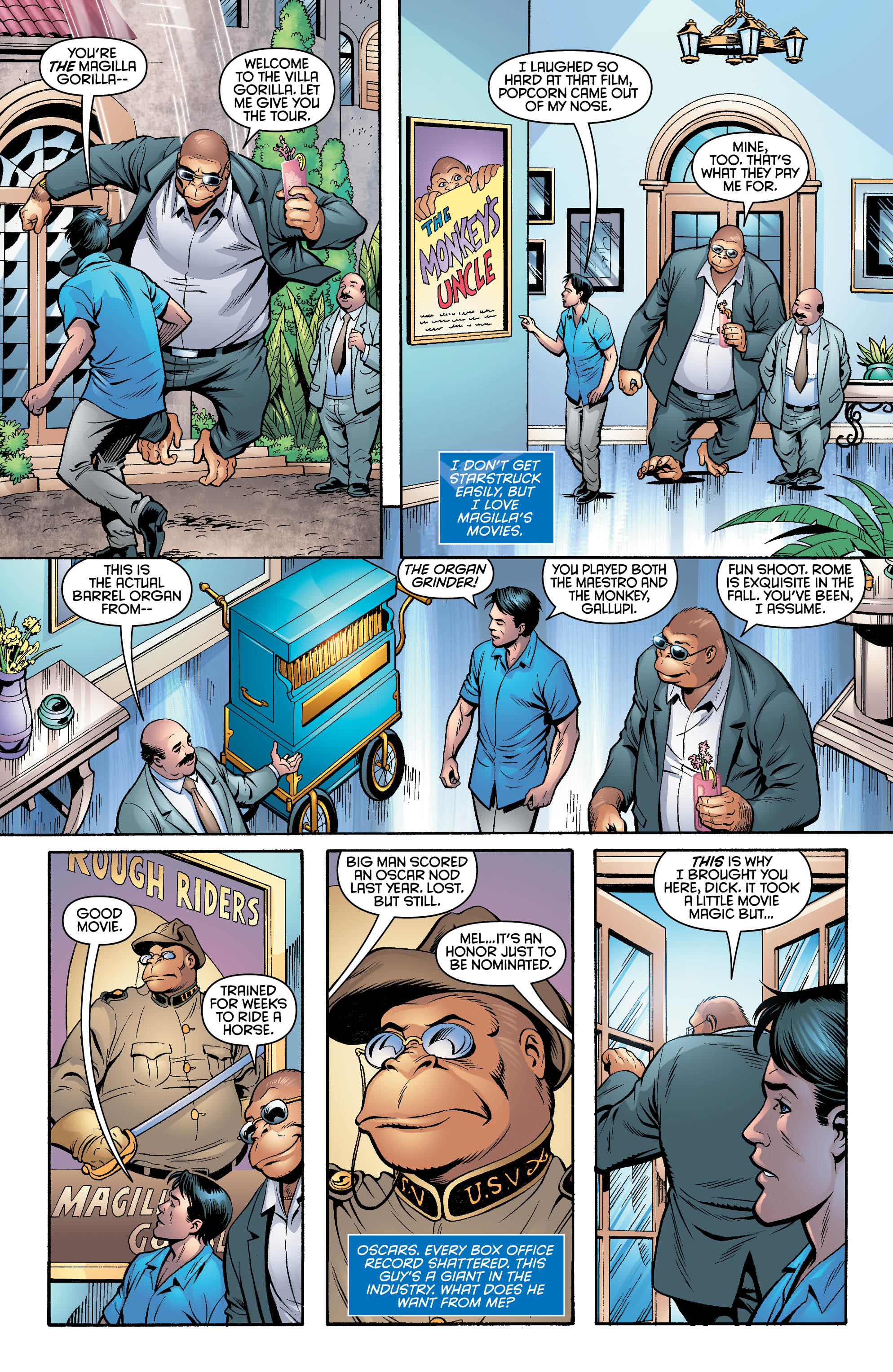 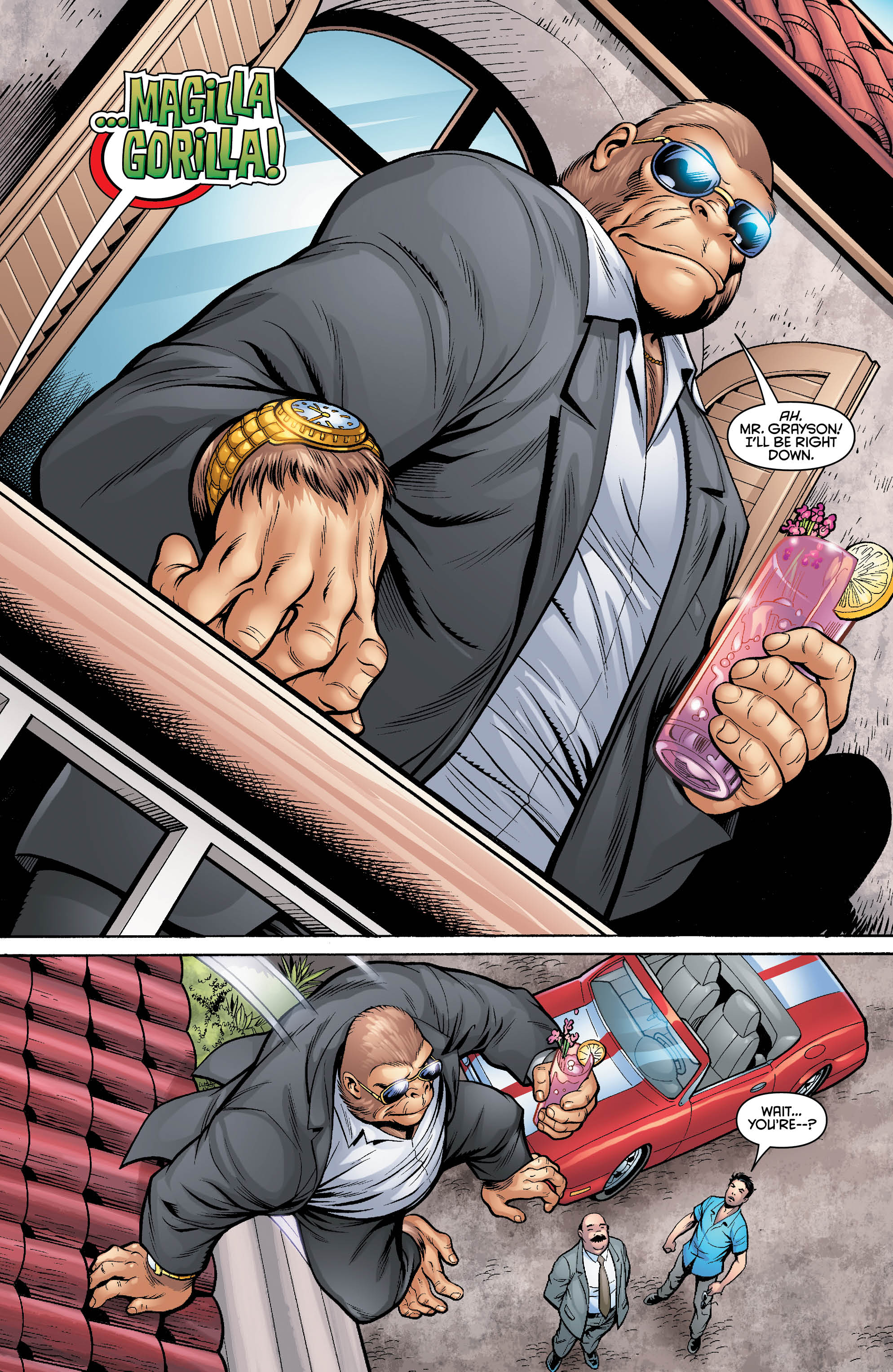 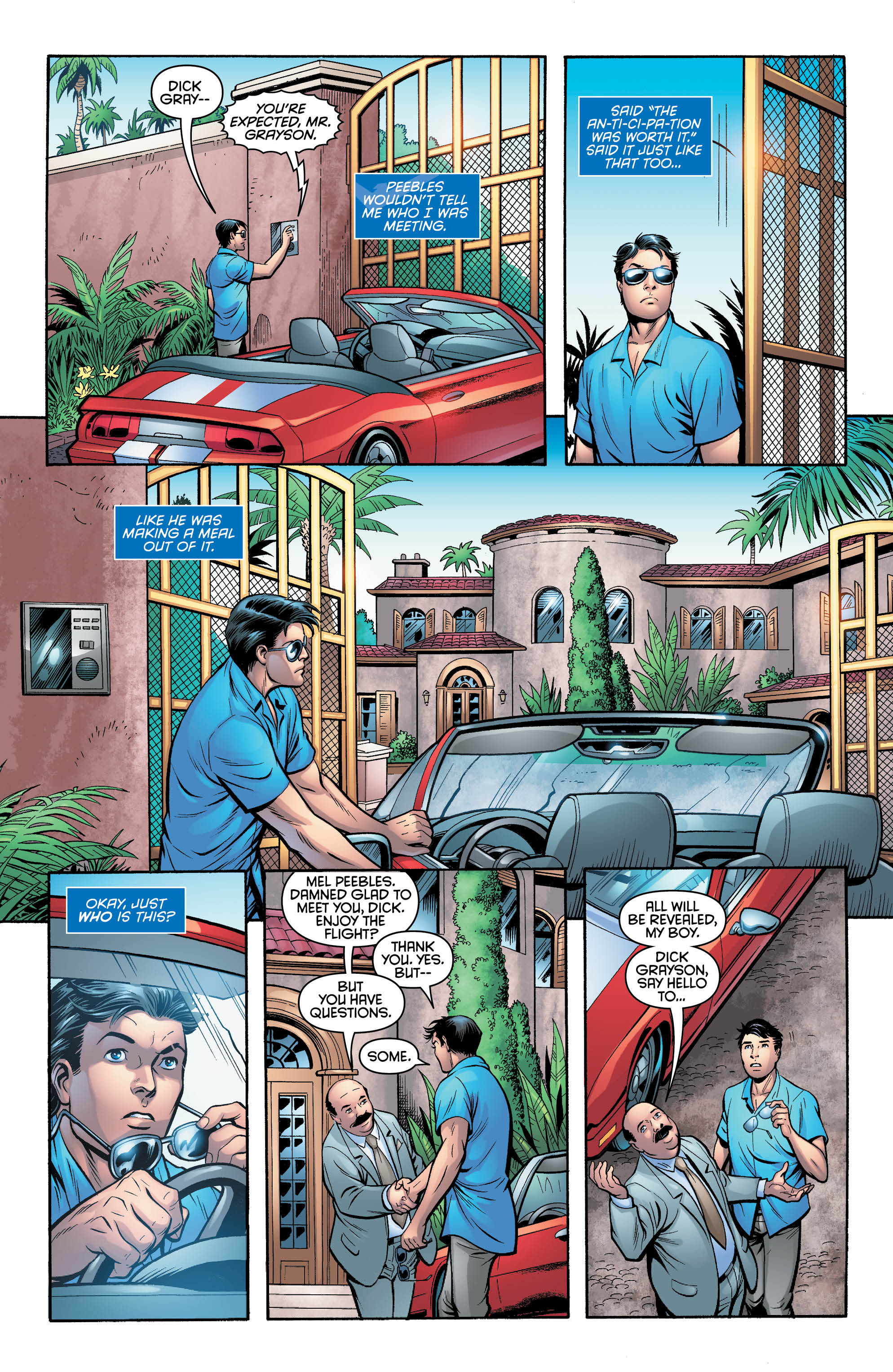 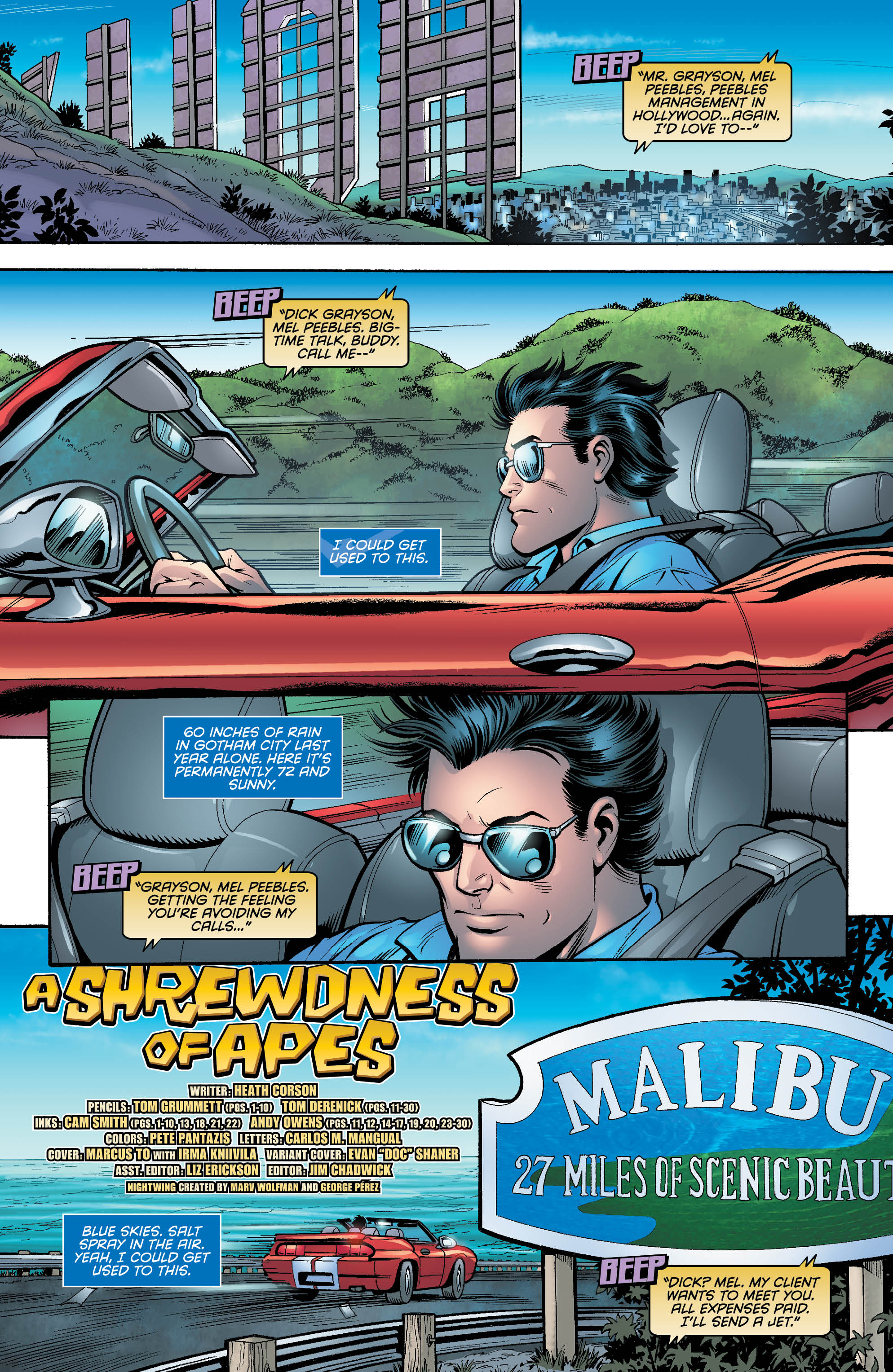 The story takes a fundamental shift, with the murder of Magilla Gorilla’s agent and mentor. The story takes shape and provides the reader with a true detective style story with Dick deciding to stay to help solve the crime. Magilla is framed for the murder, and throughout the crime solving adventure, the movie star is confronted by his past struggles amongst the Gorilla community which ties itself into the murder well.

At the beginning of the story I had a pre conceived idea of what I was up for with the team up of these two characters. However, the story surprised me, and  provided a refreshing adventure, the kind that I haven’t experienced before. The colouring, inks, and style of drawing was excellent, bringing the action sequences to life. As you progress through the story the background of Magilla Gorilla slowly unfolds, binding a relationship between you as the reader, and the character himself.

The variant cover by Evan “Doc” Shaner is brilliant!

Enjoyable, fun to read. Highly recommended to all DC Fans.

Costume Teased By Penguin Actor For Final Season Of ‘Gotham’