Costume Teased By Penguin Actor For Final Season Of ‘Gotham’

When it comes to on-screen comic book costume accuracy, there’s been good, some bad, and some really, really ugly. I’m looking at you bat-nipples!

As fans, we tend to expect the show, or film we’re watching to have costumes accurate to the source material… or mostly accurate at the very least. A little artistic interpretation here and there isn’t so bad.

A show that takes inspiration from its comic counterpart is Gotham. Over the course of it’s current four season run, the show has stayed fairly faithful to the costumes we love from the comics. Having adapted some of them to fit better within the aesthetic of the show.

Some of the more iconic characters from the Batman mythos have stayed relatively accurate costume wise. The two most notable characters that are Penguin and Riddler. Ed Nygma has even donned his classic green bowler hat in some episodes in season four.

In an interview with DKN earlier this year, the pair spoke about wanting to see more of their character’s accessories. The cane for Riddler and umbrellas and monocle for Penguin. The actor behind Penguin’s portrayal even hinted at a fat suit in an interview with comicbook.com. 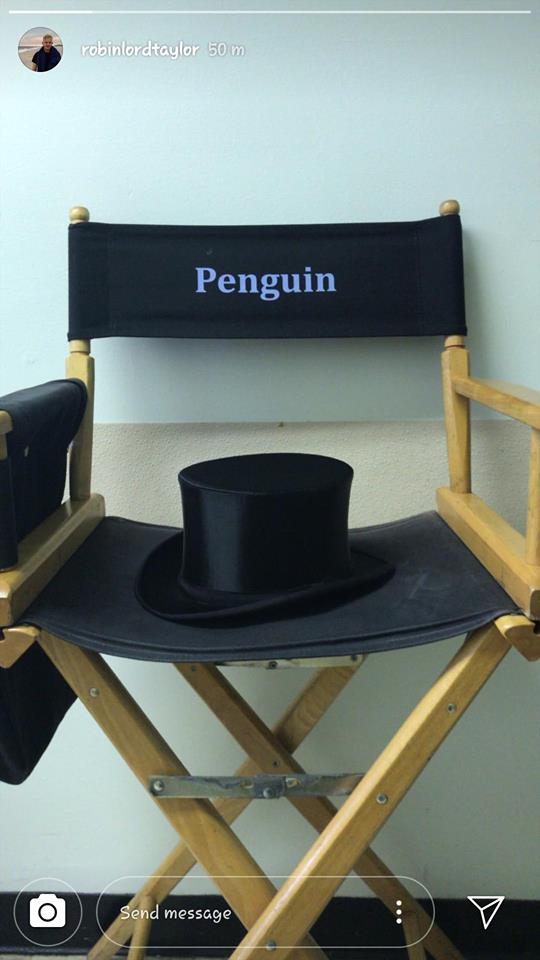 Hats Off To You, Good Sir

Hot off the Instagram account of Robin Lord Taylor comes a wonderful picture which teases at what we could be seeing in the final season of Gotham… a top hat wearing Penguin! Now, whether or not the top hat will be worn all season is another question entirely.

Does this mean we’ll finally get to see a full on, ripped straight from the pages of a comic book, Oswald Cobblepot? I certainly hope so, as he’s always been one of my favourite Batman villains.

In any case I am excited to see the character’s new look in season 5 of Gotham, which is set to air on January 3, 2019.