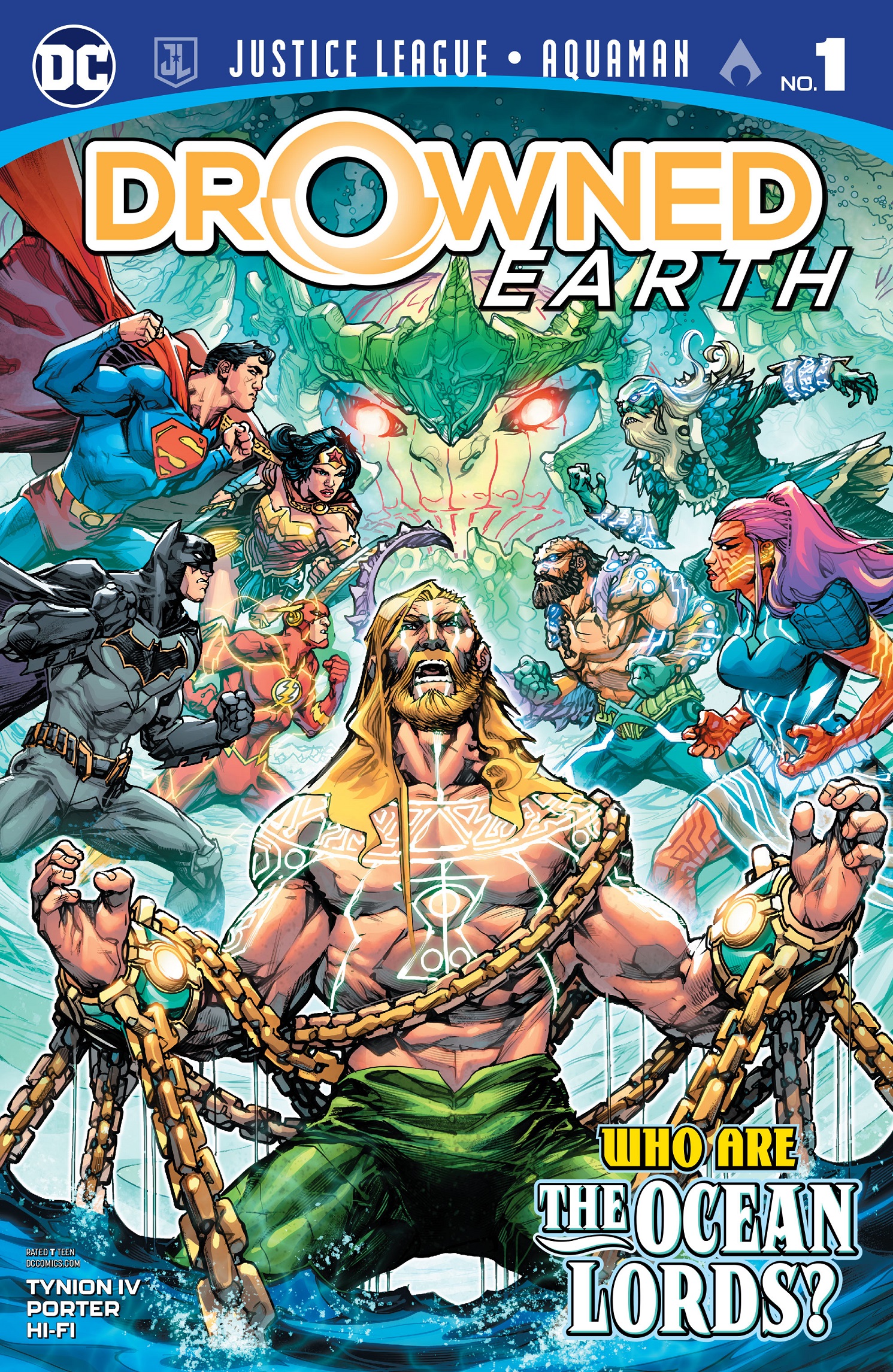 All hell breaks loose in this week’s Justice League/Aquaman: Drowned Earth #1, as the sky continues to fall. Writer James Tynion IV and artist Howard Porter bring their A game in an excellent first chapter to this earth-shattering event.

Alien aquatic deities have captured Aquaman and are holding him prisoner in a pocket dimension of sorts called the Blood Reef. From this location, these creatures are carrying out an all-out assault upon the earth, flooding it with a special alien water that turns humans into aqua-zombies.

While Aquaman tries to reason with his captors, the issue frequently cuts to other scenes of the Justice League and Atlantis. Accordingly, tragedies unfold as Batman, Superman, and the Flash fail to save their cities from impending doom. At times Mera takes center stage as well, as she watches her subjects transform into monsters. The issue ends on a nice cliffhanger, as readers witness the return of a missing hero.

Although the current run on Justice League has been a showcase for Scott Snyder’s writing skills, Justice League/Aquaman: Drowned Earth #1 is a great example of Scott Snyder’s tutelage. Tynion has worked with Snyder for years now, and their styles mesh extremely well. In fact, I would wager that many readers would not know the difference. Having clung tightly to the established tone of the series, Tynion’s script is rich in dialogue and voice.

The pacing of this issue is fantastic as well. As Tynion moves from scene to scene, he captures the essence of the drama without laborious explanations. Never once does this longer-than-average issue feel boring or stalled. 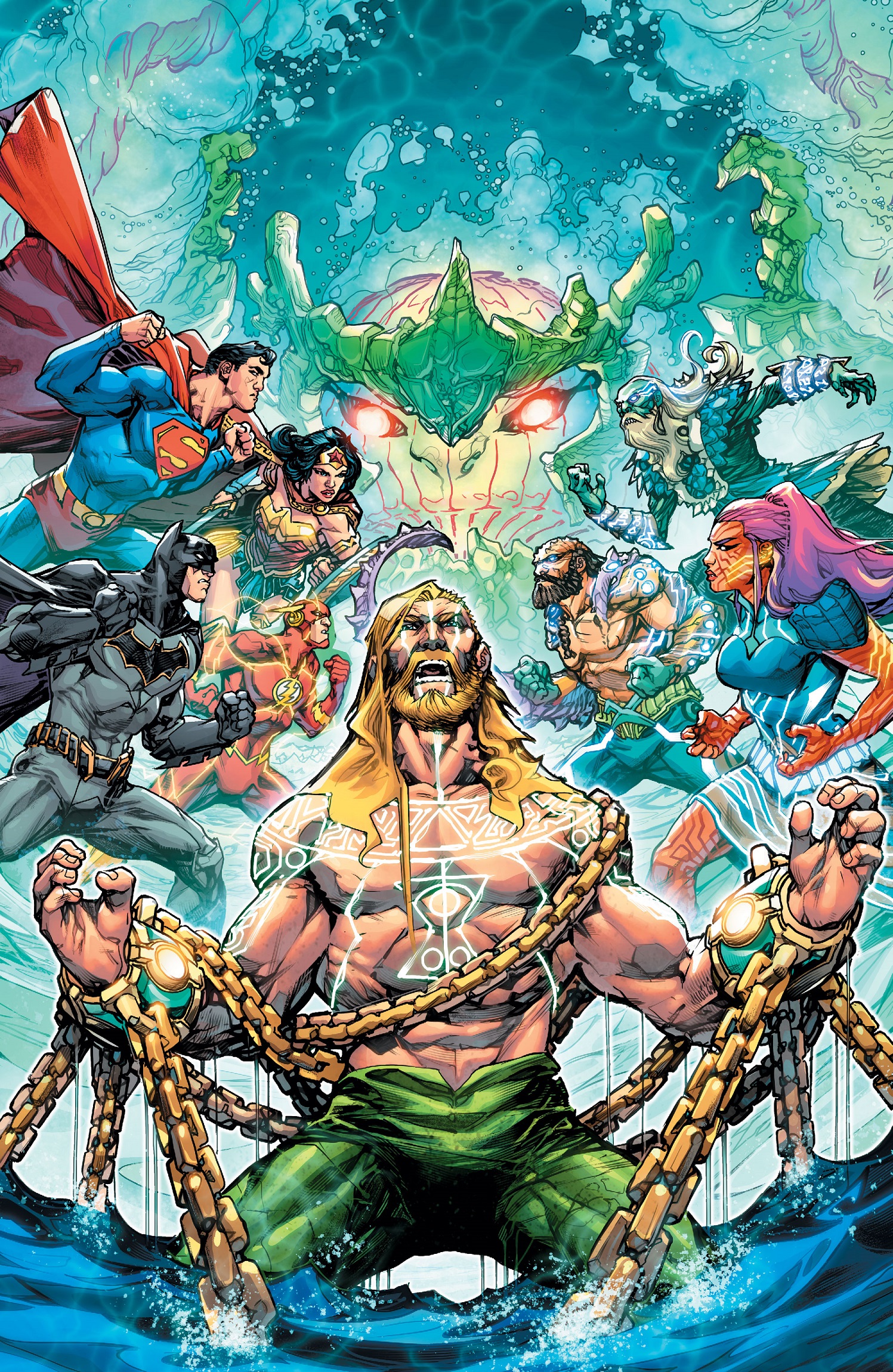 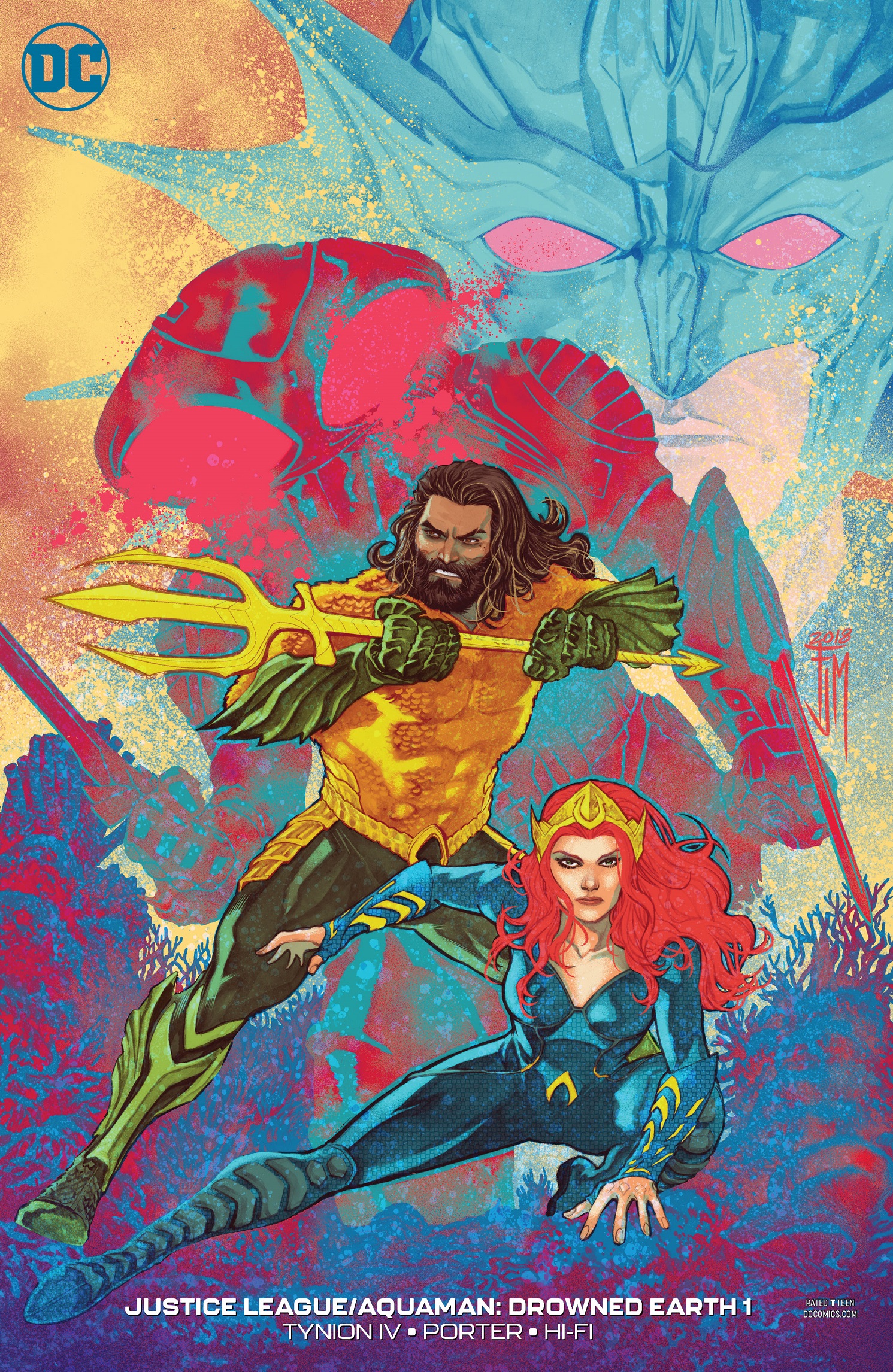 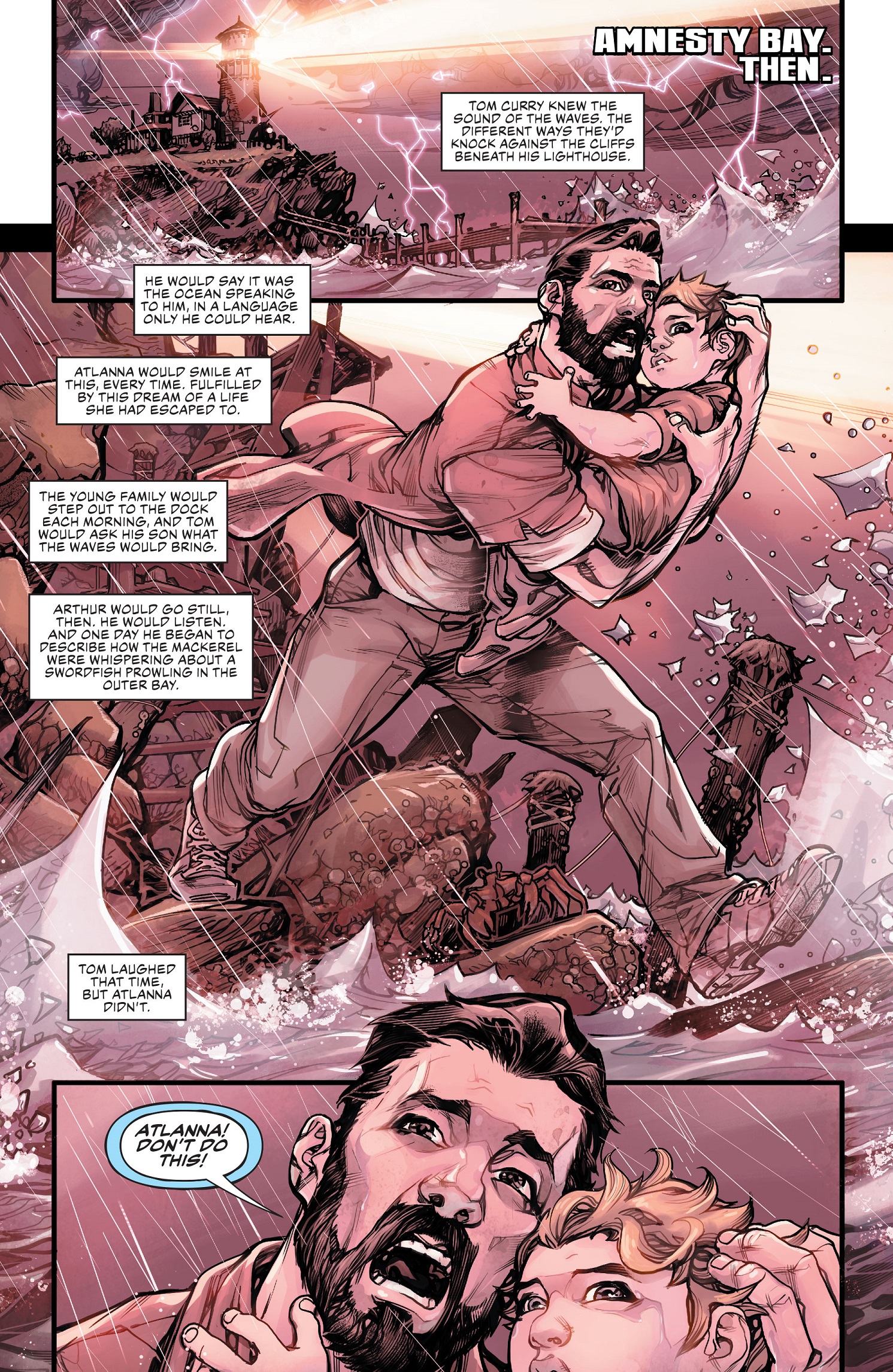 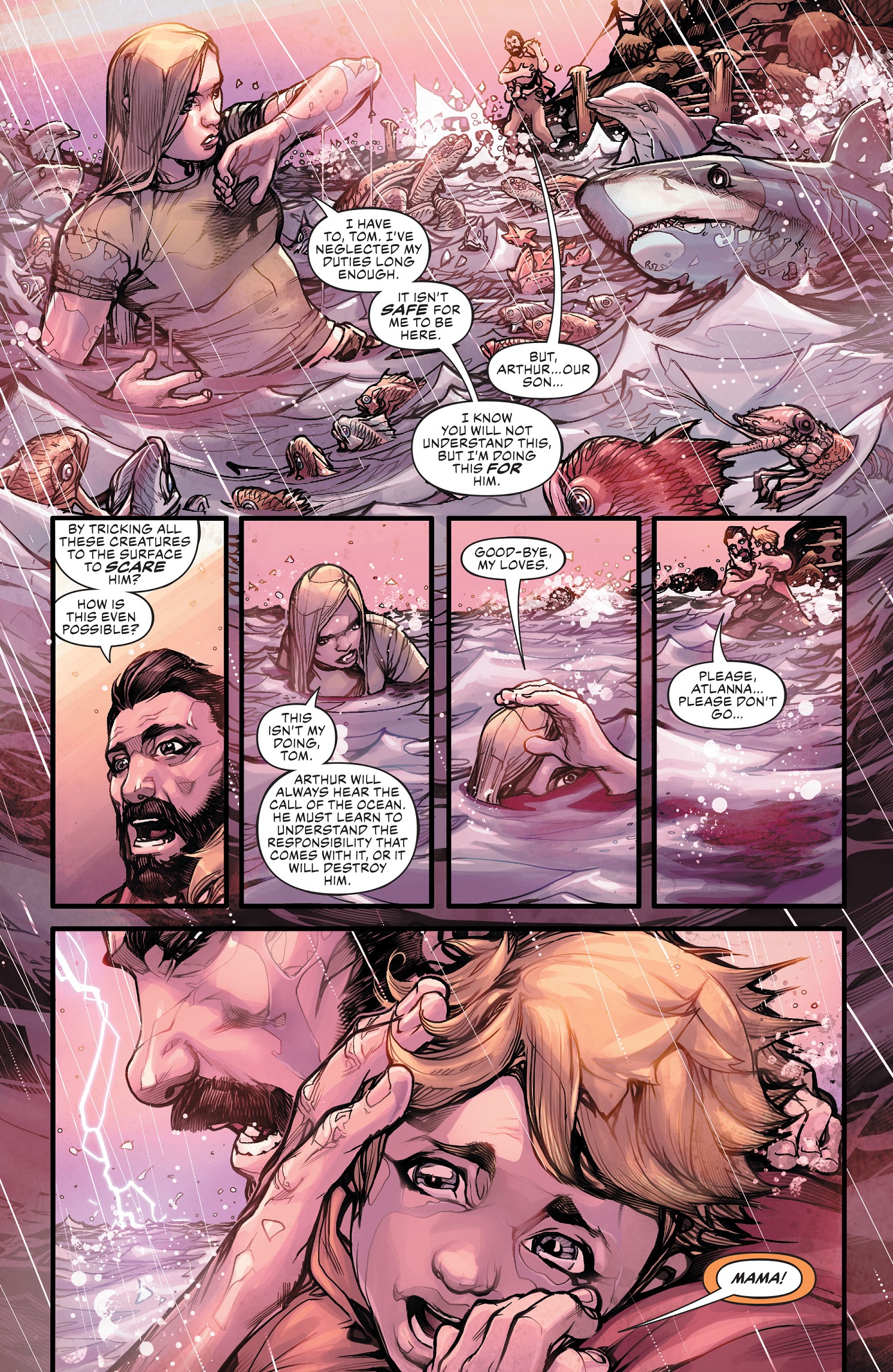 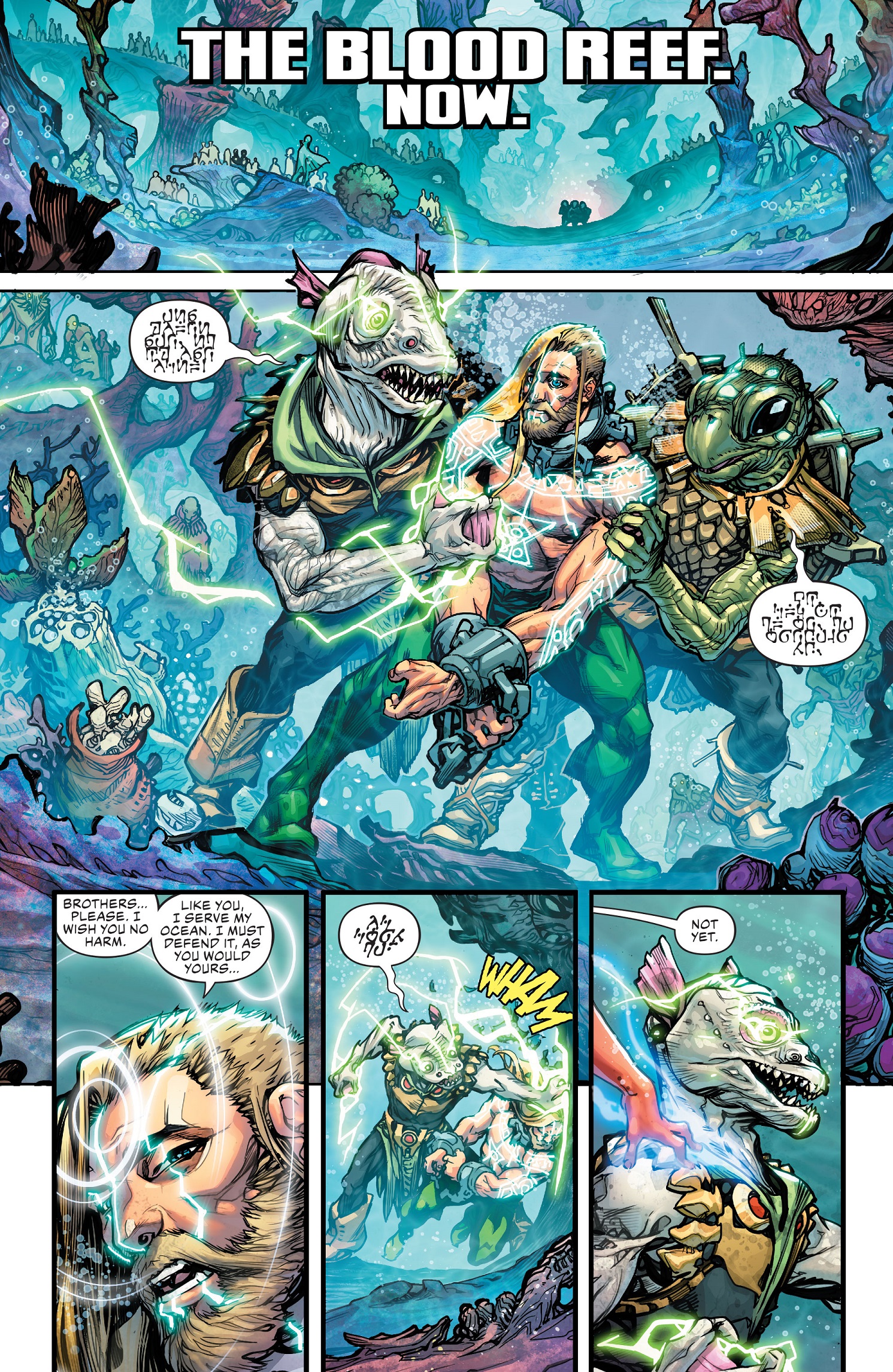 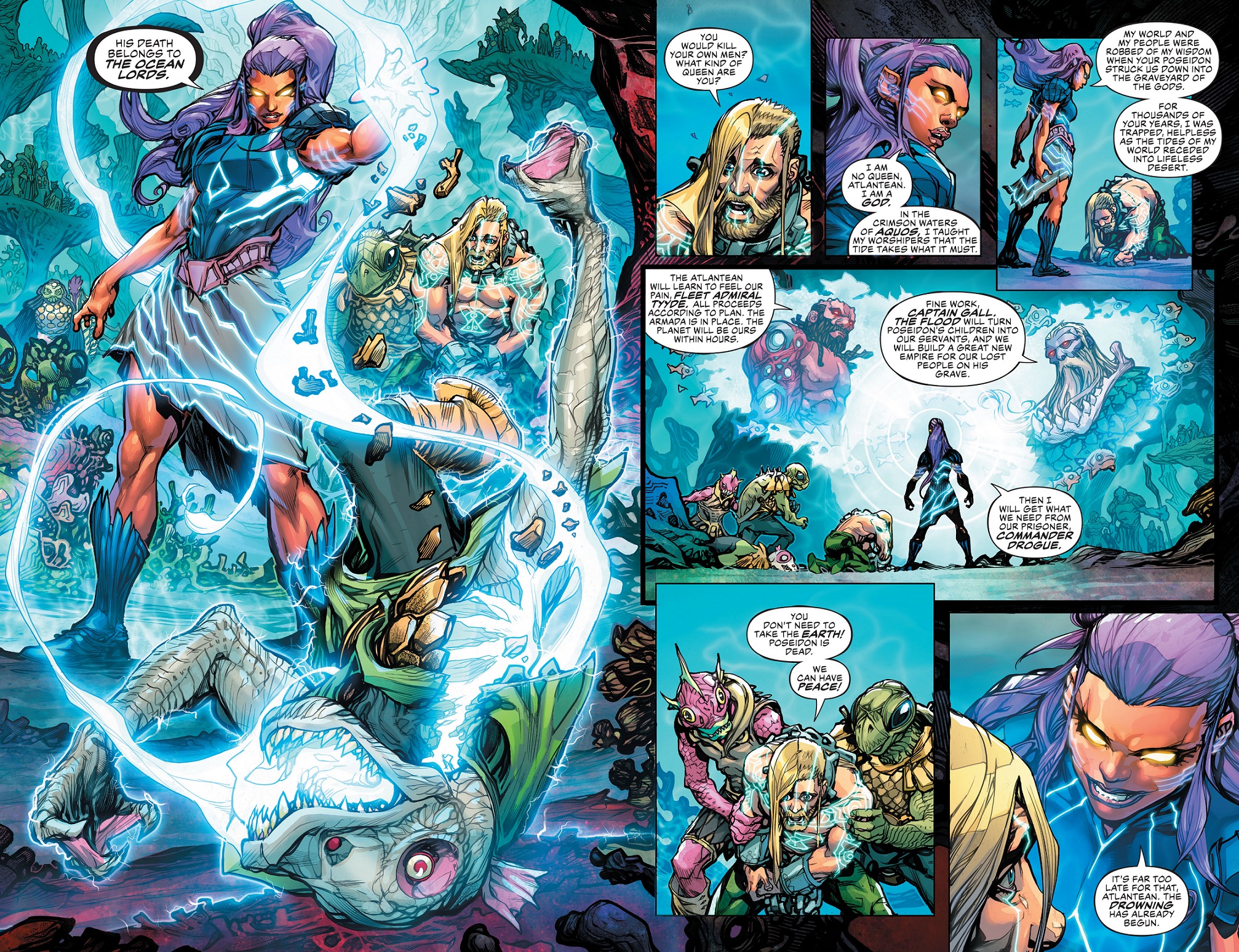 Porting in Porter (and HI-FI)

It’s safe to say that Francis Manapul is a hard act to follow (see Justice League #10); however, Howard Porter was an excellent choice. Although Manapul and Porter’s styles are each unique, the transition between issues works. Like Manapul, Porter’s art is rich in detail – especially the scenes where he’s depicting the Blood Reef. Unlike Manapul though, Porter’s lines are thick and heavy, which is fine as they emphasize the gravity of the situation.

The starker transition in this issue from the last is HI-FI’s coloring. Manapul used a beautiful pastel pallet for Justice League #10, whereas HI-FI studios have a more traditional, heavy approach to coloring. HI-FI’s work is nevertheless amazing, especially coupled with Porter’s pencils; however, Drowned Earth #1’s color composition is jarringly different to the one used in the prelude issue – Justice League #10.  HI-FI’s work is great within this specific issue, but when Drowned Earth is compiled into a trade, the transition from issue to issue will be abrupt.