DC Comics: What Are You Reading This Week?

Exciting new Batman-related comics are hitting the shelves this week and DC have released details on the hottest titles.

This coming week introduces Batman: Damned, the first series from the all-new DC Black Label imprint. Plus, celebrate an anniversary in Harley Quinn #50 and the KGBeast returns in the latest issue of Batman. Check out the details below.

Next week kicks off a new imprint at DC, with DC Black Label, an imprint dedicated to giving premiere writers and artist the chance to take DC’s characters with unique, standalone stories set outside canon. 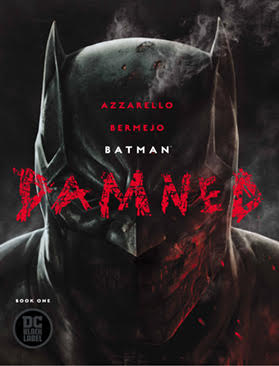 Batman: Damned, from The New York Times Bestselling creative team of Brian Azzarello and Lee Bermejo, a blood-chilling sequel to their classic graphic novel Joker. The Joker is dead. But whether Batman finally snapped his scrawny neck or some other sinister force in Gotham City did the deed is still a mystery. Problem is, Batman can’t remember…and the more he digs into this labyrinthian case, the more his mind starts to doubt everything he’s uncovering. who better to set him straight than…John Constantine? 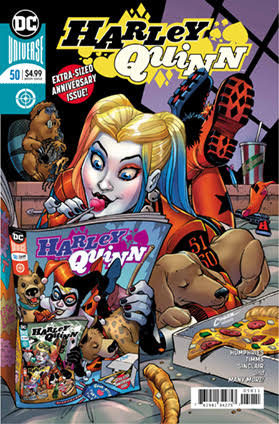 Then, it’s time to celebrate the 50th issue of Harley Quinn! This special, oversized anniversary issue features the amazing Harley Quinn as she… saves the universe? That’s right! While reading a mysterious Harley Quinn comic book, H.Q. accidentally breaks all of reality. And you know the saying: if you break it, you bought it! Now it’s up to Harley to travel through both time and space to fix all the continuity errors she created. 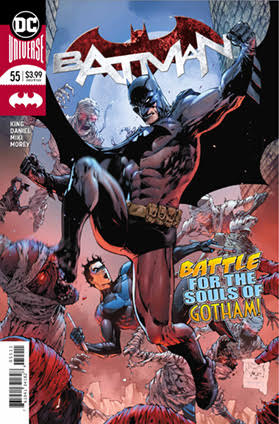 Then in Batman, The KGBeast lives! The Russian super-assassin is back—but under whose orders? Does he have a specific mission, or is this simply some leftover Cold War mayhem? Nyet, comrade—it has to do with Bruce Wayne’s recent court case involving Mr. Freeze. Something is rotten in Gotham, and you can still smell it, even if it’s on ice!

All these great titles are out this NCBD, which ones will you be adding to your pull list?