Look out! On September 26th, DC will be releasing the much-anticipated HEROES IN CRISIS. Today, the variant covers made their debut. Rendered beautifully by the talented J.G. Jones, Mark Brooks, Francesco Mattina, and Ryan Sook.

The variant covers complement the title, sending images of empowerment, fear, and fun. J.G. Jones does justice to the strong but cute Harley as she jumps on Booster Gold’s back. One can imagine how much fun that team could enjoy!

Mark Brooks gives us a powerful Trinity stare-down, with the Dark Knight in the lead. Wonder Woman right behind because DC knows she’s either the first or second in command. Brooks designs Superman standing his guard, which emphasizes how much he’s having to hold back in HEROES IN CRISIS. 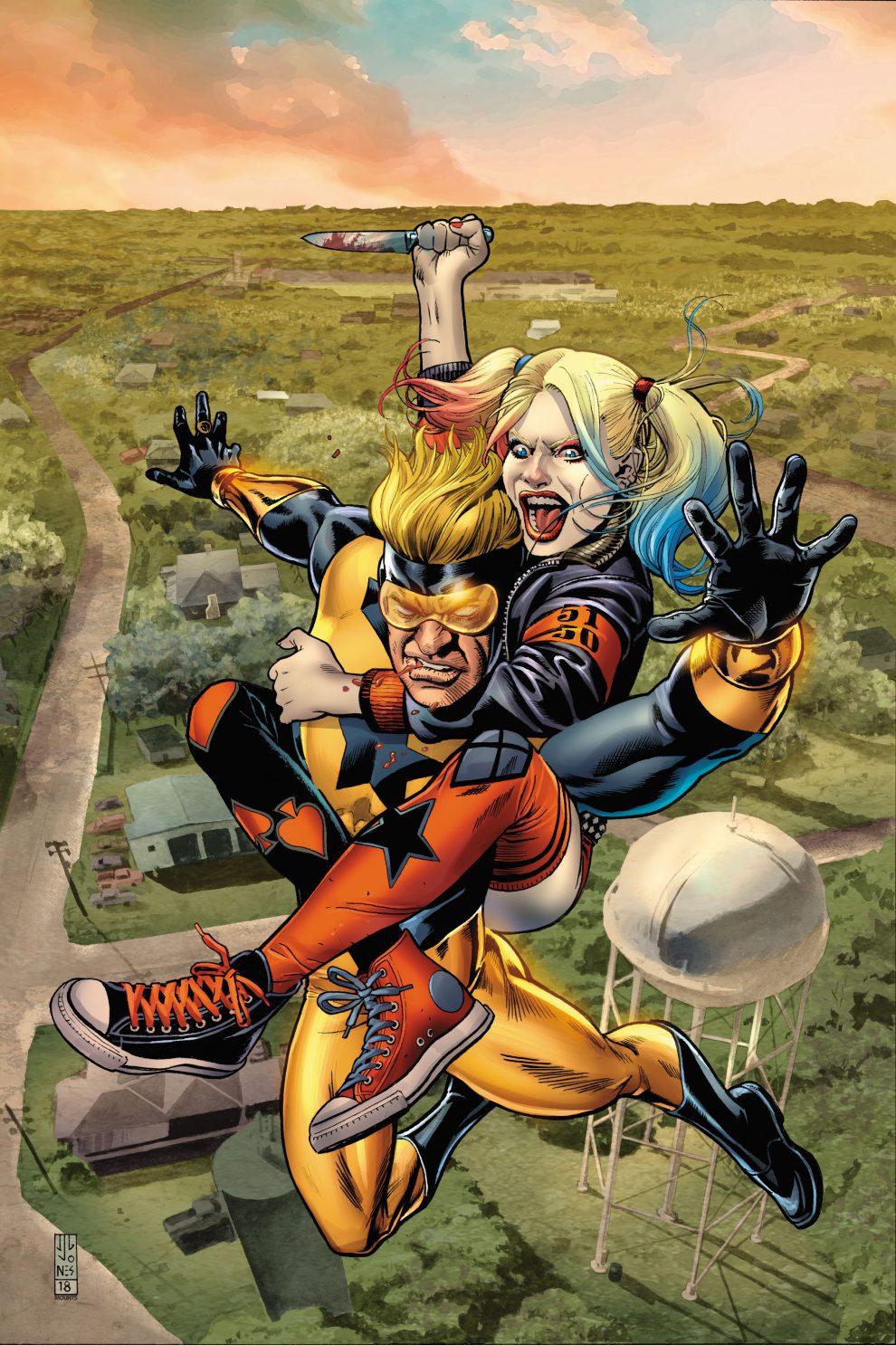 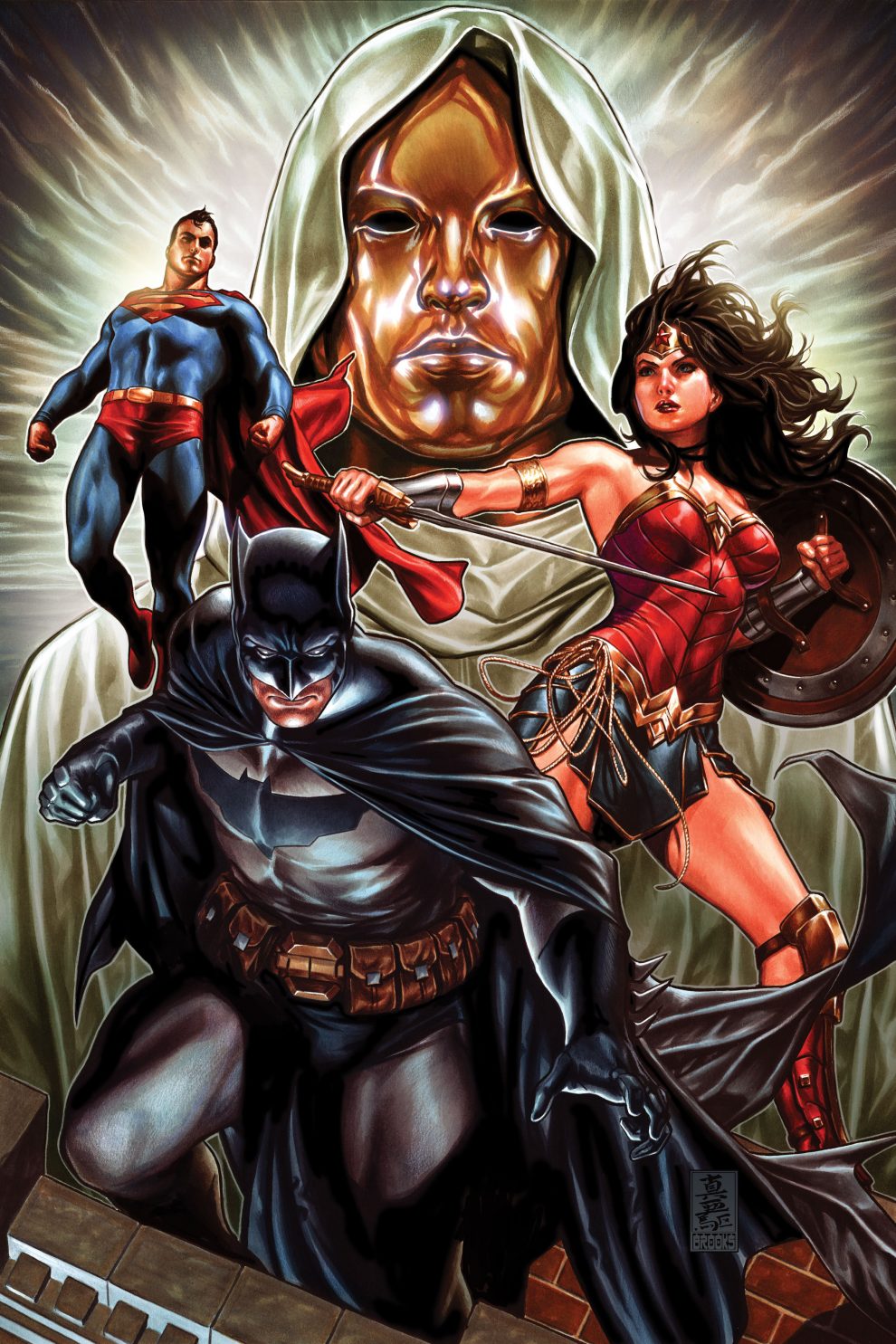 Francesco Mattina ignites fear even further with his morbid Harley Quinn. She carries a blood-drenched sinister smile as if possessed. Lastly, in Ryan Sook’s variant, we see “The Death of Superman” in the headlines once again, tragically laying in the path of Doomsday’s destruction. 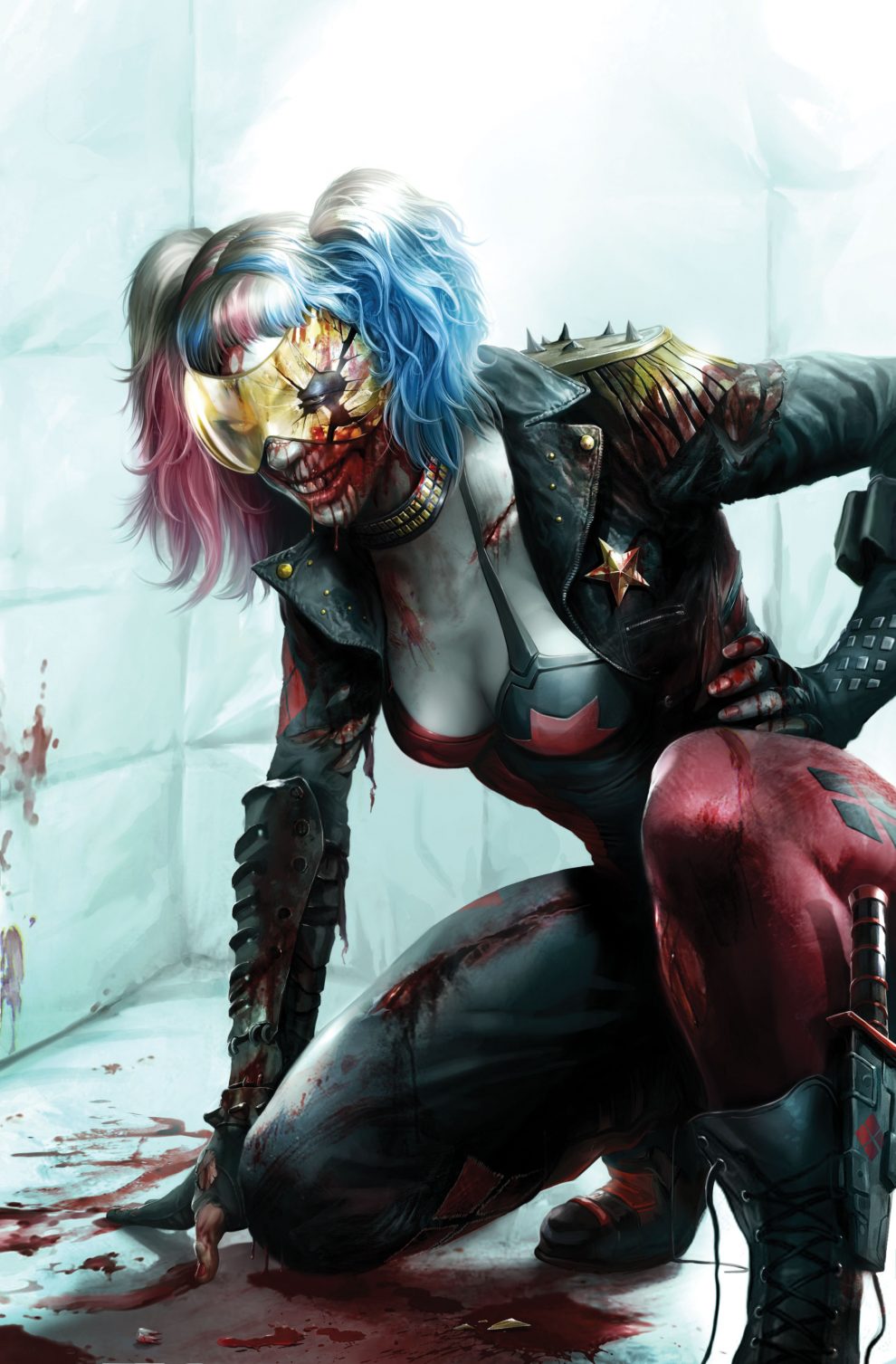 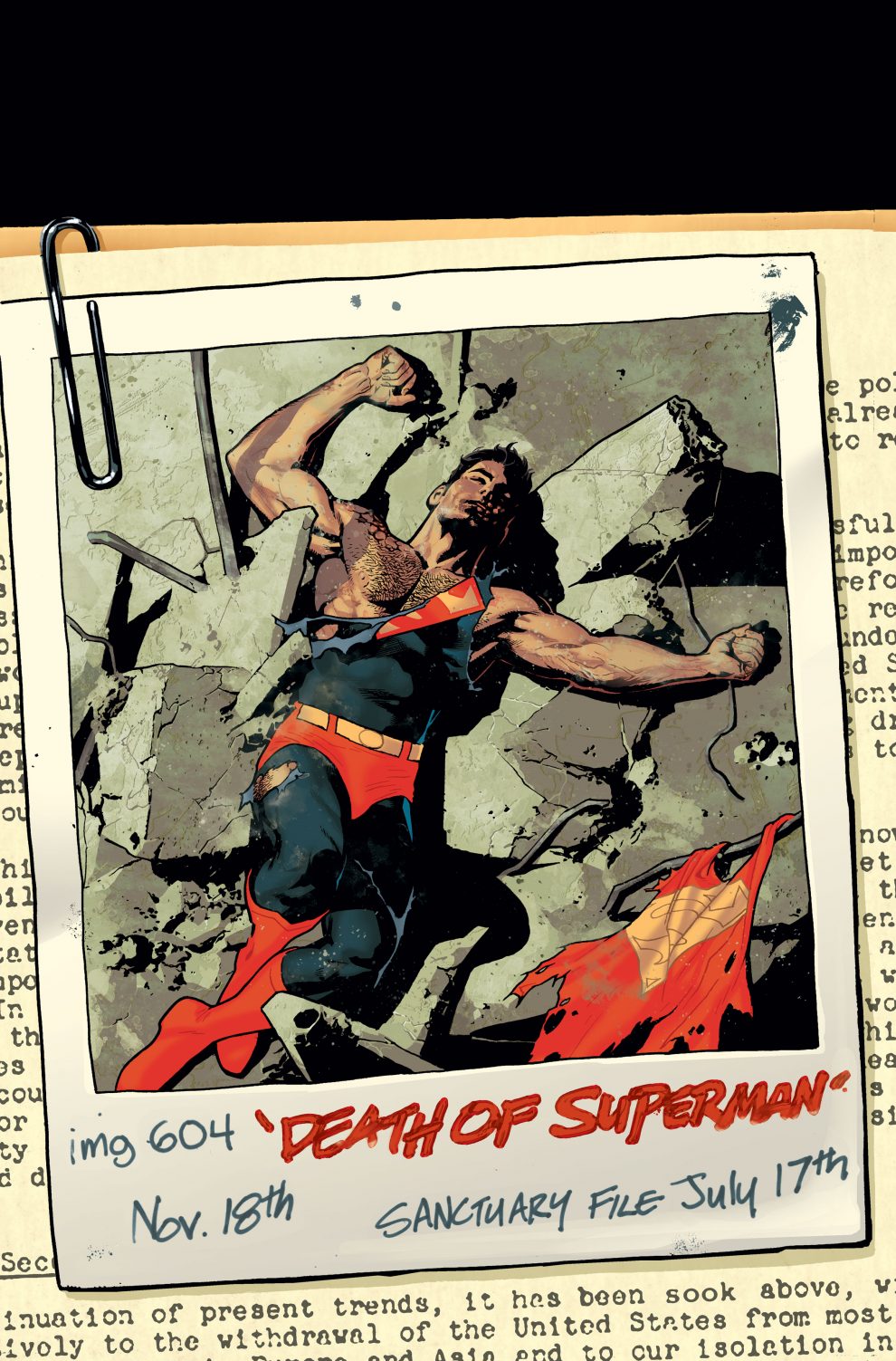 In both Brook’s and Sook’s variant, Superman is drawn to be smaller than the man he can be. I wonder if it’s an allusion to how the heroes will suffer their individual downfalls. Superheroes needing help with physical and mental issues is rarely spoken about, even though it is right there in front of us.

Tom King and Scott Snyder go on about the daily traumas these major characters face, and how characters like Batman pull strength from it. It’s a great way to cognitively rewire negative thinking. DC Comics is making their titles for the fans, and I am loving them complementing their words with this wicked artwork.

What do you think of the covers? Let us know below!