Review: Batman: Sins of The Father #1

“Sins of The Father” Part 1 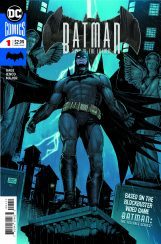 This book is somewhat predicated on the notion that the reader has played Batman: The Telltale Series. If you haven’t, it’s worth the money and time. I’m not a huge gamer, but I loved it. That being said, spoilers lie ahead for the game.

As we learn in Batman: The Telltale Series, Thomas Wayne was a pretty bad dude. He was secretly connected to the Falcone (Yes, those Falcones) Crime Family. His role? Thomas drugged and falsely imprisoned “Enemies” of the Falcones. As you can imagine, this information shattered Bruce Wayne. These revelations really shake up not only Bruce, but the city of Gotham itself.

This mini-series takes place in-between the first season of the game and the upcoming The Enemy Within. On writing duties, we have the excellent Christos Gage. Christos is honestly a great fit for this book. His Deadshot mini-series really brought a lot of depth to Floyd Lawton. That’s what Christos does, he really brings out the emotional side of the characters he writes. Mainly, he focuses on character-driven storytelling which is what any good Batman writer should bring to the table. The artist Raffaele Lenco has a really interesting style that he brings to the book, it’s almost McFarlane-esque. Some of the subtle homages he sneaks in are great. 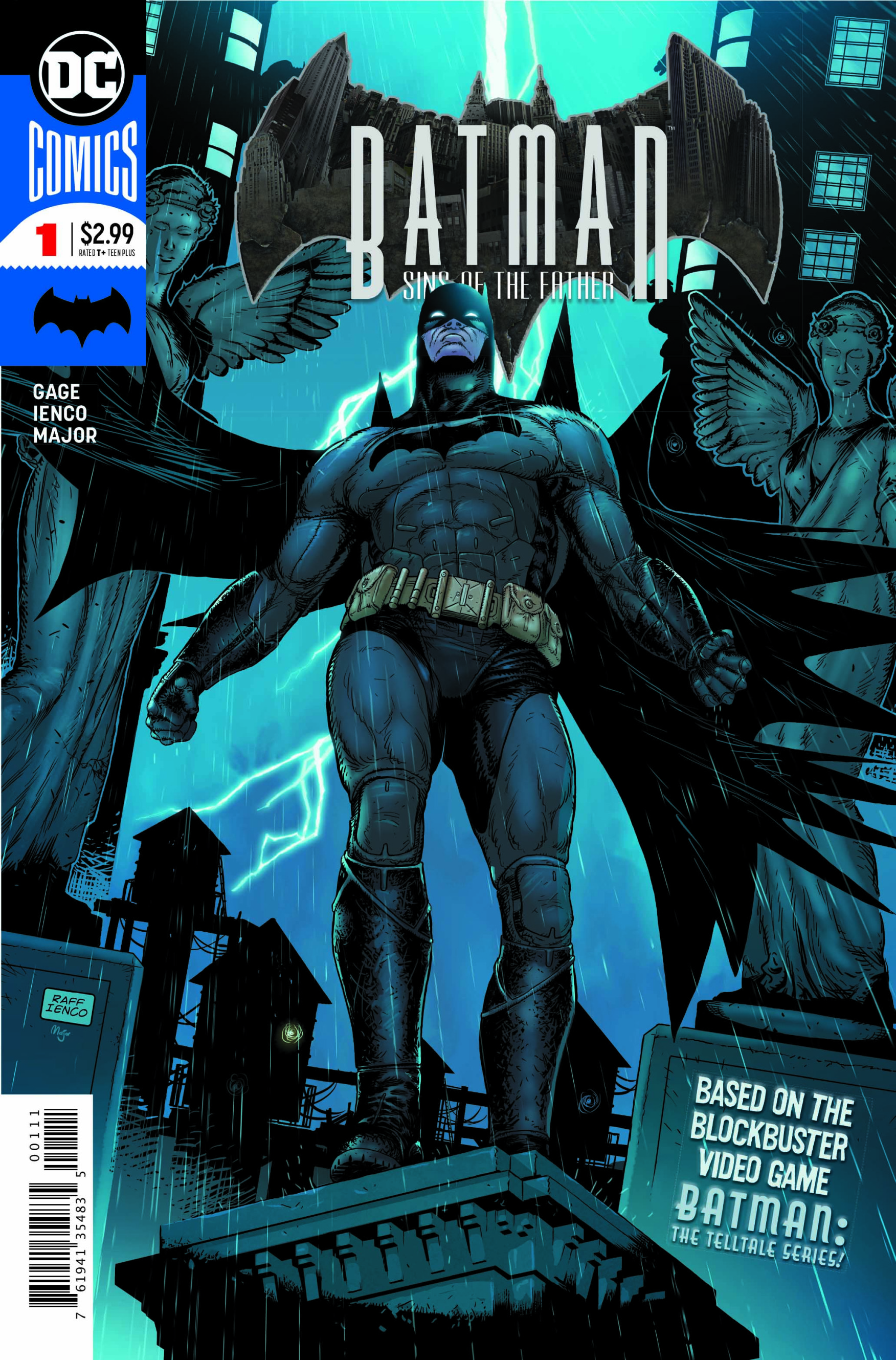 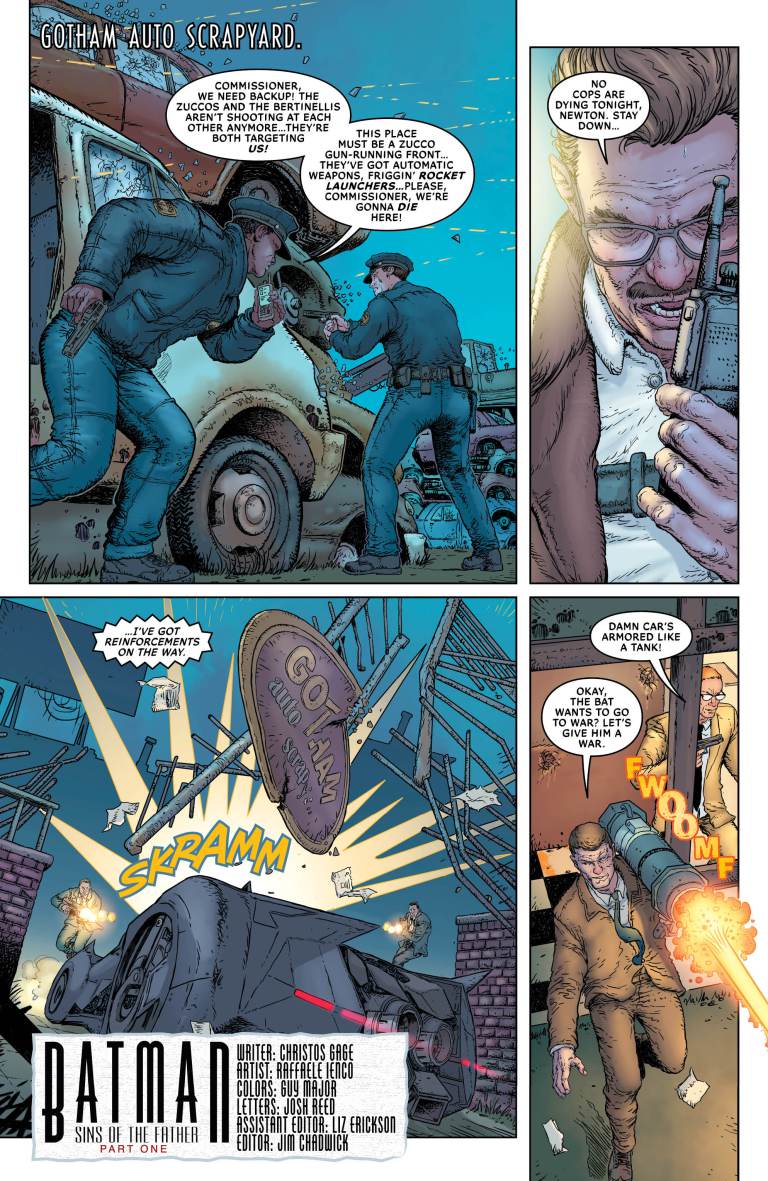 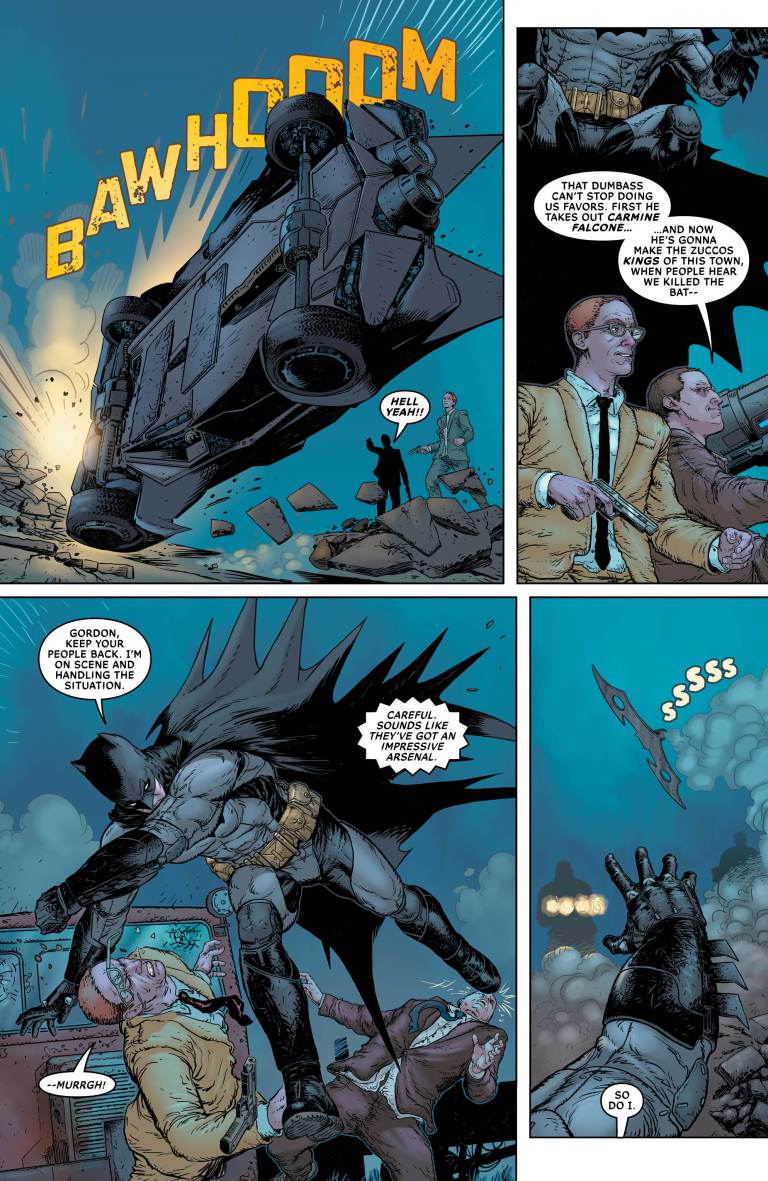 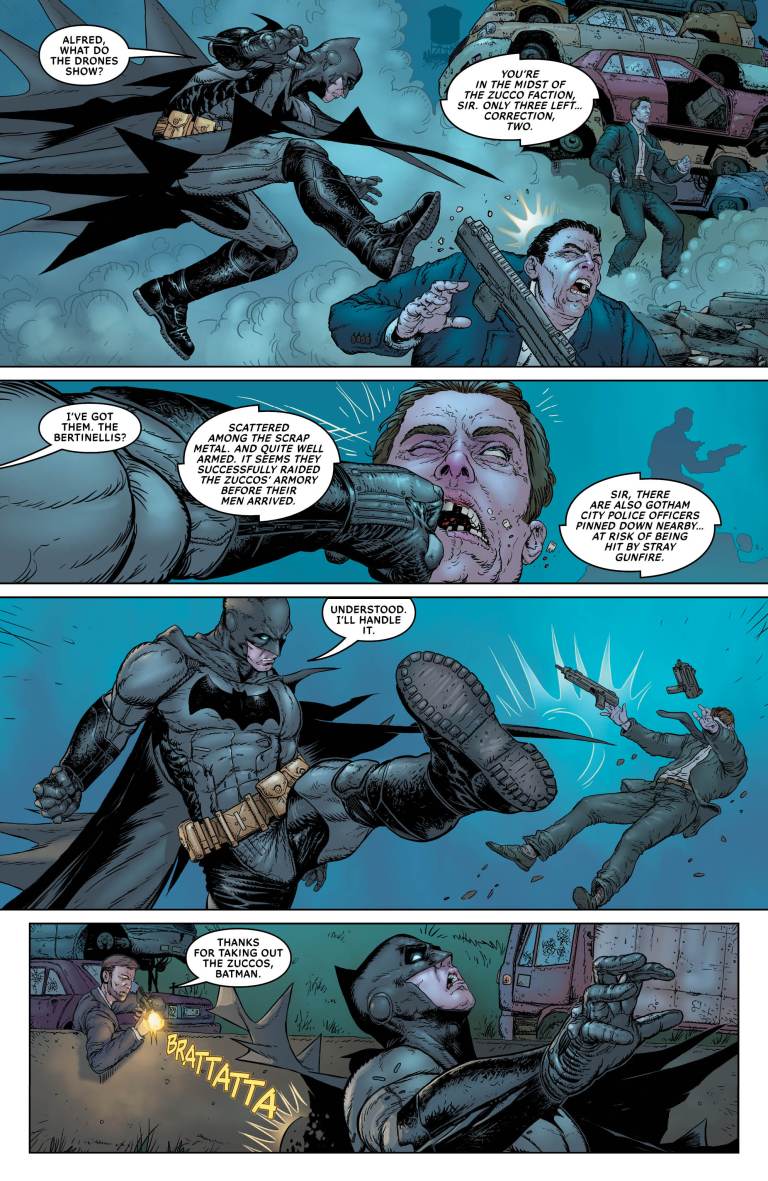 Now onto the story itself. We open with a shootout between some mobsters and the GCPD. Batman shows up and as always saves the day. The action is really well-paced and staged. The only thing criticism I have of this book is that there is a lot of exposition, especially in this opening fight. It’s there to help readers who haven’t played the game understand some of the story beats. I get it, but it’s a bit much at times.

After the scrap, Bruce returns to the Batcave and is met by Alfred, who urges Bruce to attend a party and sell himself to past and potential Wayne Enterprises investors. Things are not going too well for the company as the news of Thomas Wayne’s transgressions really hurt the Wayne family reputation. At the party, Bruce is served with a lawsuit; the families of the victims of Thomas Wayne are suing.

Bruce being the philanthropist he is, decides to work out a settlement with the group if victims that satisfies their needs while keeping the company afloat. To help workout the deal, Bruce meets with some of the old employees of Arkham Asylum.

I know this sounds like a lot, but there are so many little character moments and story beats that truly make this a book worth picking up.

This story (along with the game) really bring out something that gets overlooked alot in Bat-titles. The psychology of Bruce Wayne. Christos Gage and the writers at Telltale have really crafted a world that contains everything I love about Batman. The mystery is very solid and is focused on detective work instead of spectacle. It’s an emotional take on the characters that shows what truly drives the world’s greatest detective. I cannot wait to see where Christos takes this story.