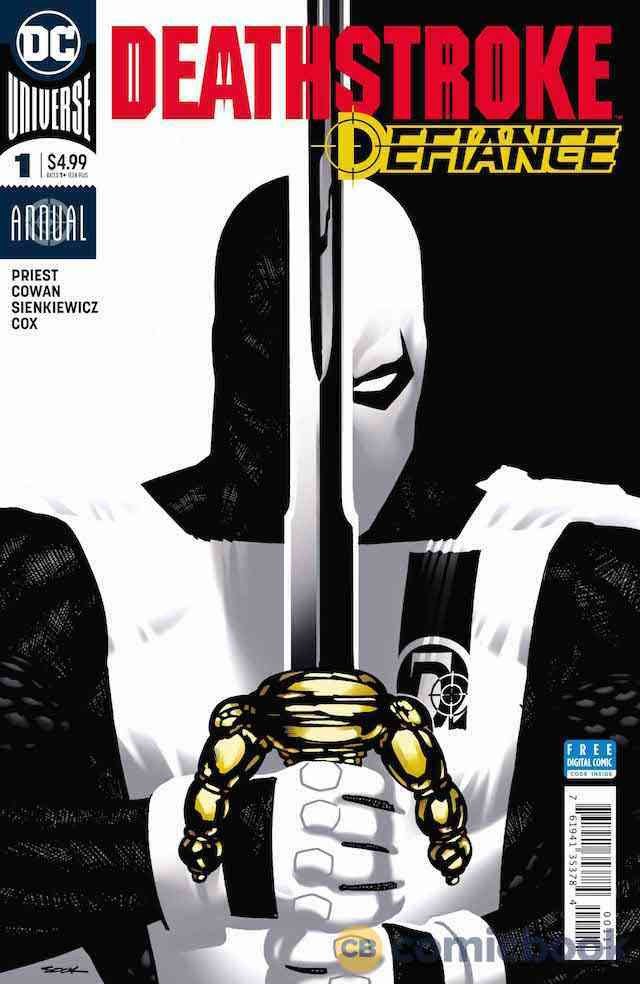 Normally, the “annual” outings on most titles are perfunctory.  No new developments, just a whole lot of filler. Deathstroke Annual #1 is not one of those books. Priest packs in an insane amount of content for the 39 page count. In lesser hands, this could have been a mess. But, if Priest has shown anything, it’s that if you stay with his narrative you will be rewarded.

Give me a moment to geek out of the criminally underrated Denys Cowan. I’ve been a fan of his since Dennis O’ Neil’s “The Question” run where Denys was on pencil duty. His raw, gritty, unfinished style is pitch perfect for this book. Not knocking any of the previous art, because this is one of the most consistently stellar books to look at. The art on all fronts is something I always look forward to. The breakdowns (Larry Hama) are another standout this issue. The panels are set up in such a cinematic intense way, that I was on the edge of my seat throughout the issue. 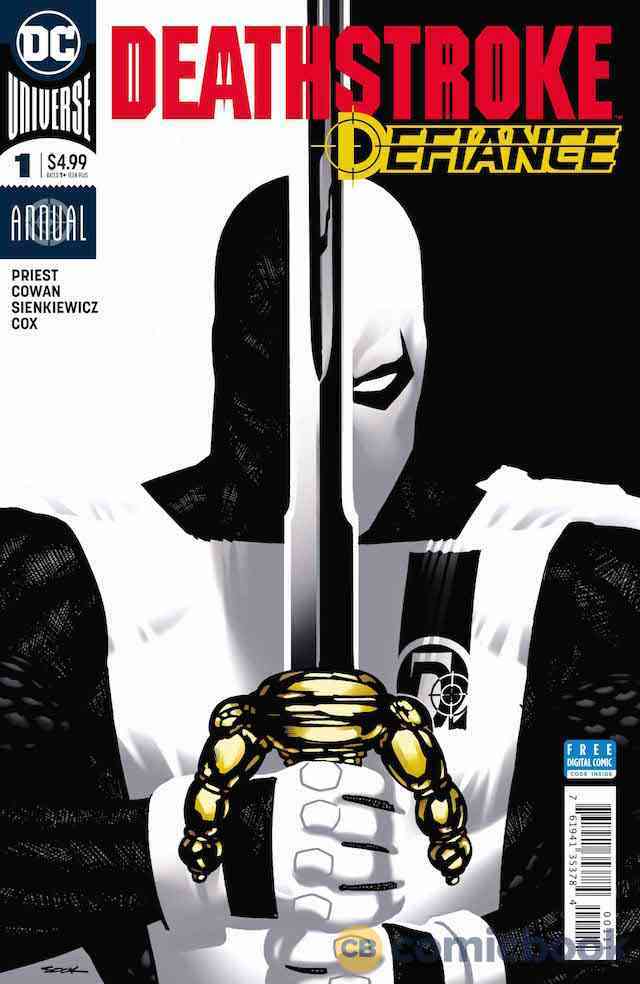 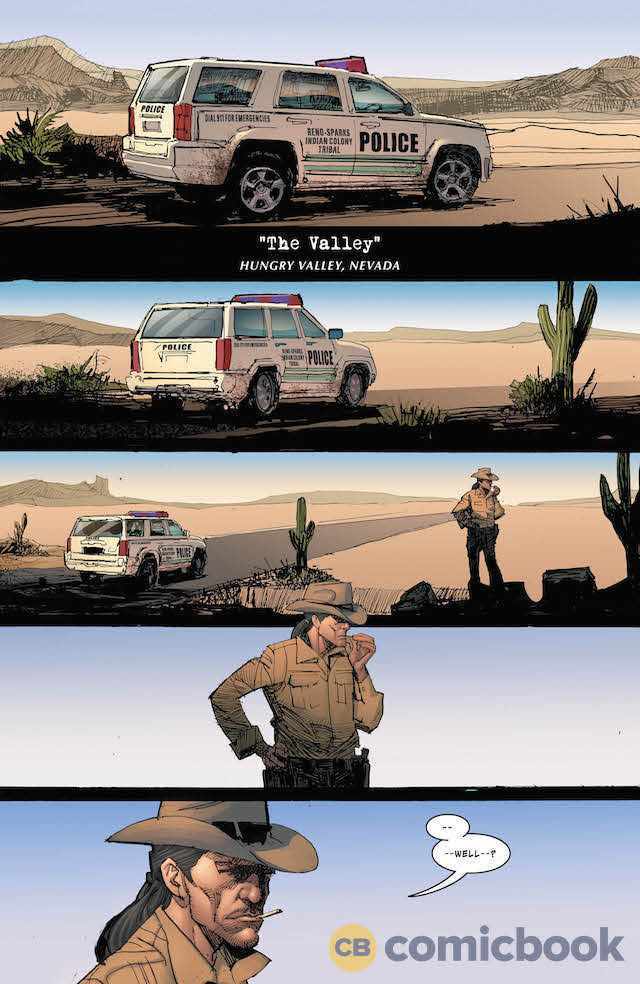 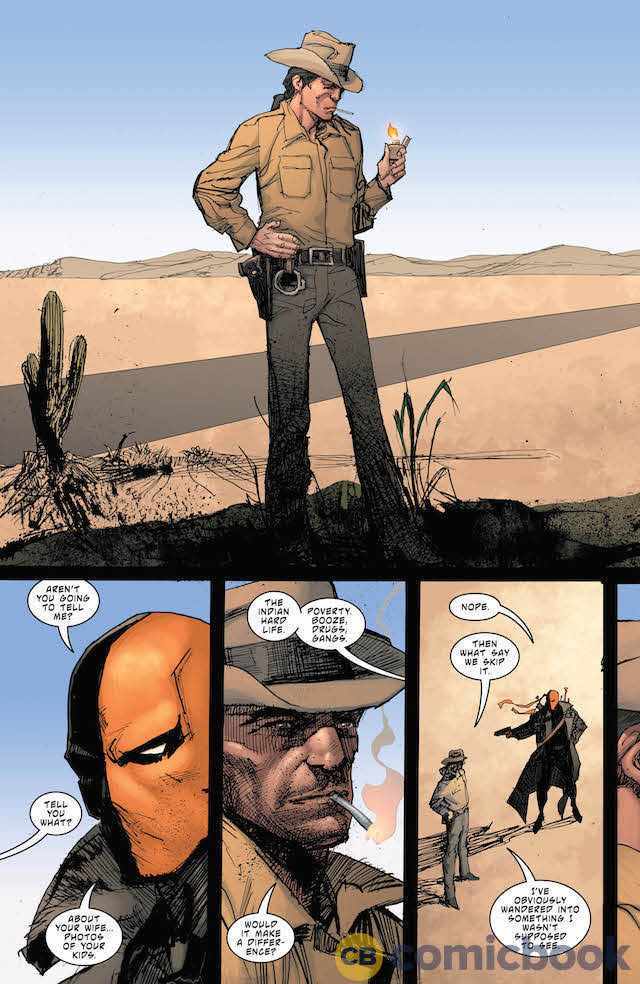 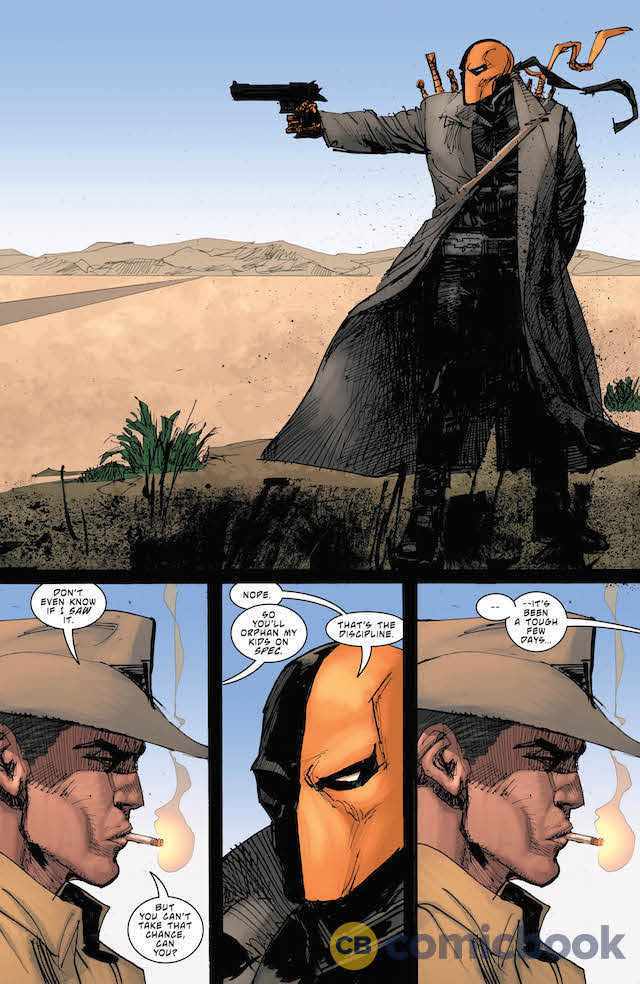 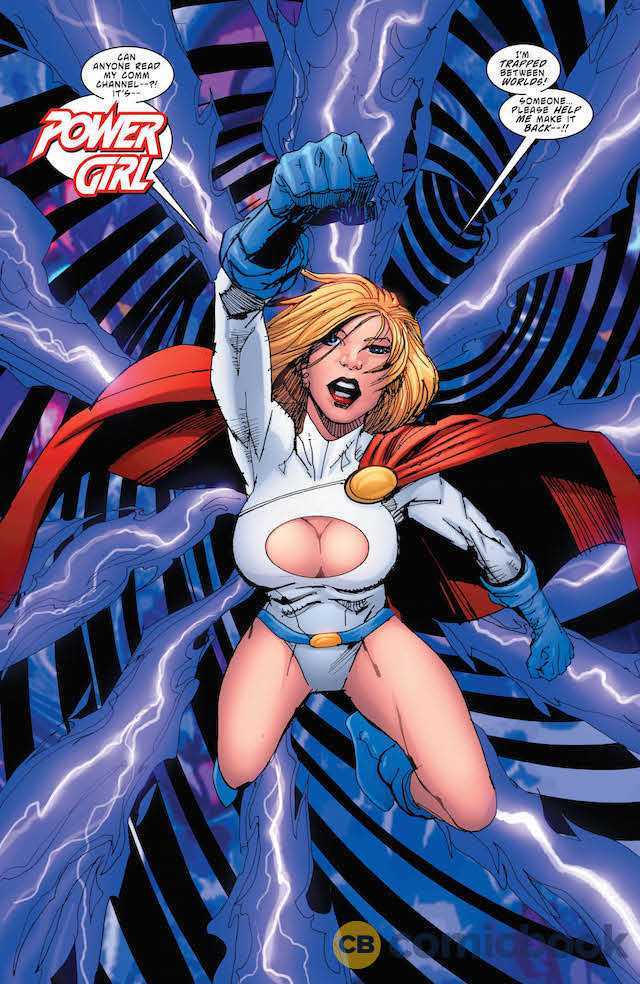 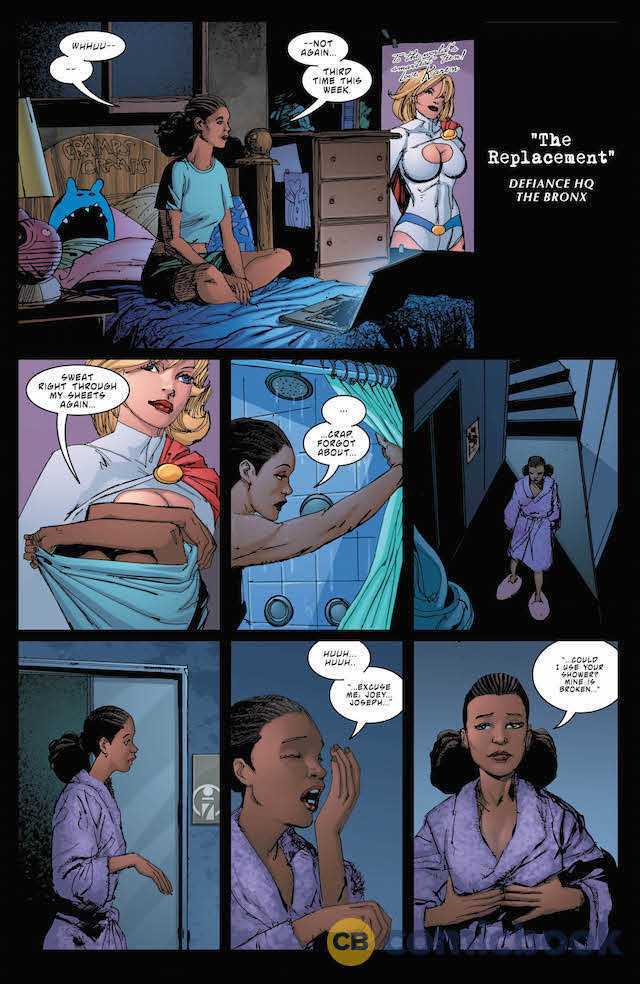 We start off in a standoff between Slade and a Reservation Police Officer in the desert. Has Slade lost his way from the path of the hero? What happened? All will be revealed. Because if this run has taught me anything, it’s that Priest loves his non-linear storytelling…and I love him for it. Back at the Defiance HQ, the team is falling apart at the seams. Tanya and Adeline have a massive falling out. Jericho and Tanya have a falling out. Wally decides to leave. See? I told you the team is falling apart. When Defiance started, I was very nervous. I didn’t know how this would play out on the page. Priest did not disappoint.

Where is Slade during all of this? He and Terra are on a mission to extract a target from the protection of Bolt (Yes, that Bolt), and bring him back to the Feds. The action that this entails is a feast for the eyes. Lots of gunfire, wine bottle drones, paralytic gel, and rock slinging to see. As I stated above, the breakdowns, coloring, lettering, and pencils are all on point for this. I will say, you have to examine the panels well to see all of the interesting touches the artists put into each scene.

The mission comes to a head when Wally arrives to confront Slade and deliver a gut punch to the team that changes everything. The rest of the issue shows the team dealing with all of the events that have transpired. Defiance has ended (maybe). The team is done for. The closing panels pick up where the story began giving context to what Slade is doing taking aim at a police officer.

Whew! This is how you do an annual. Priest has closed so many doors yet, he has opened so many more. Just when I think this title is going to slow down, I read an issue like this. If you would have told me that I would ever care about Deathstroke this much pre-Rebirth, I would have called you crazy. This book has reinvented the character in so many ways and continues to elevate itself each and every month. Do yourself a favor, pick up this book!