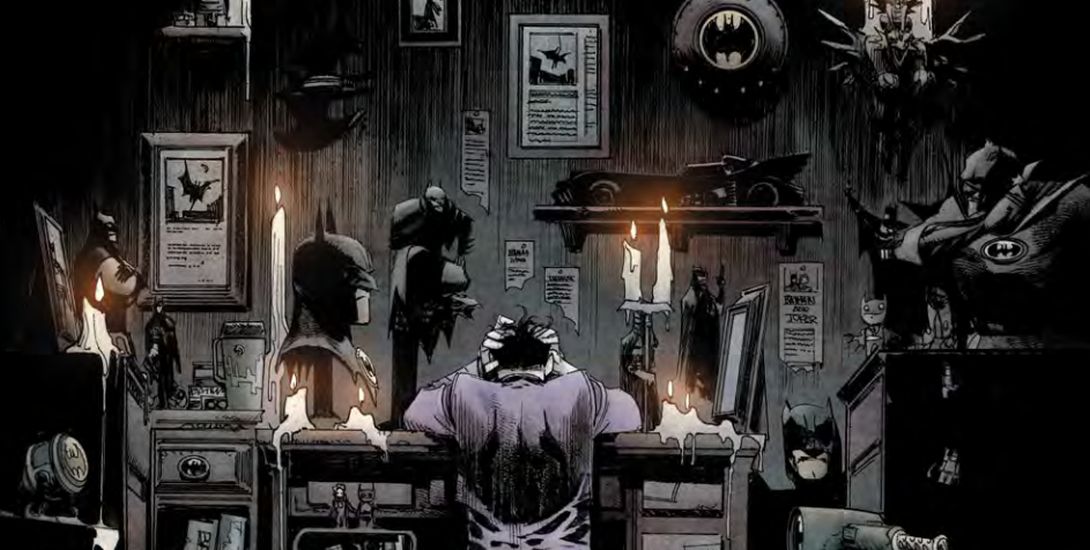 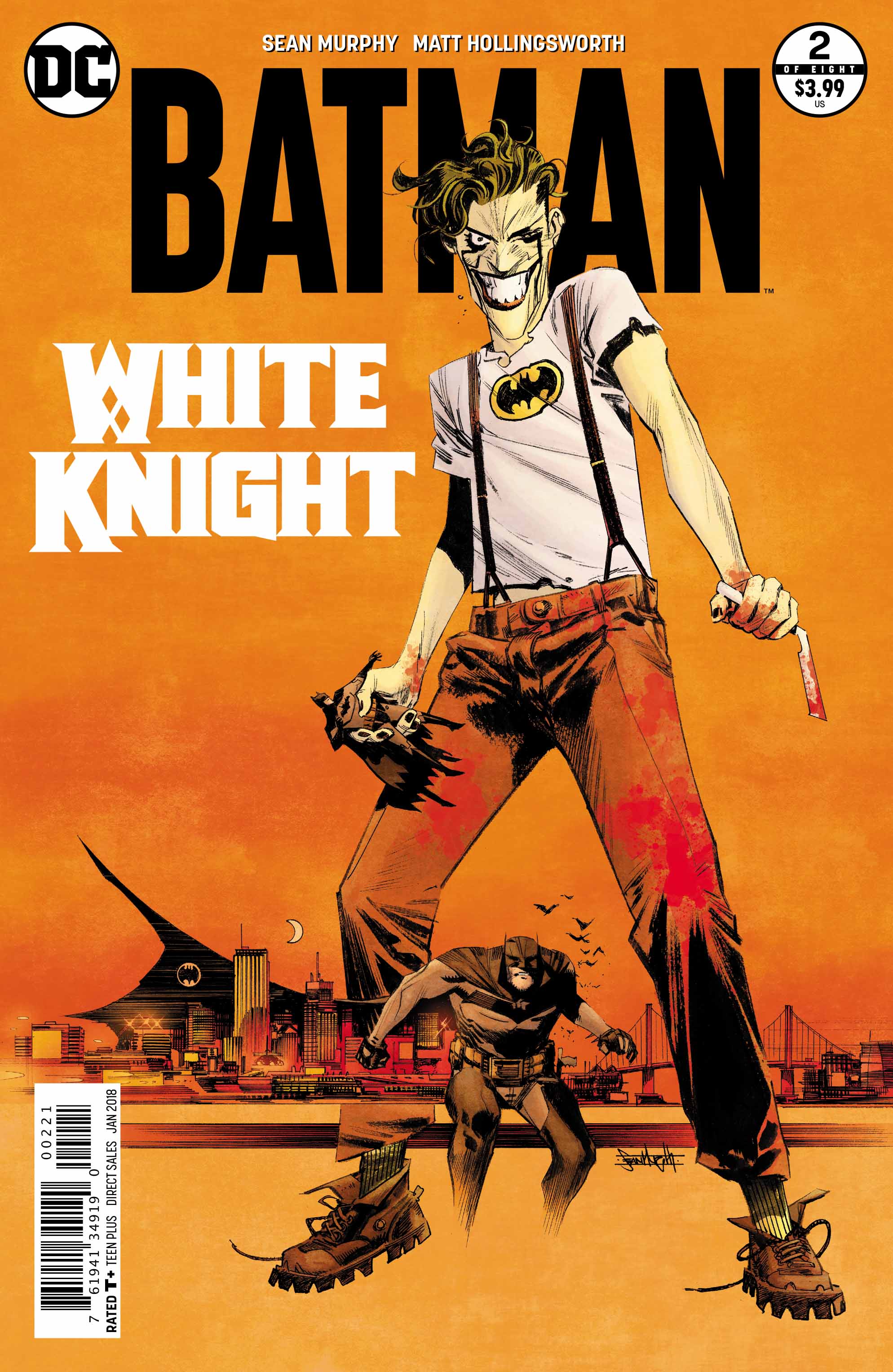 This issue is much more distorting and political that I thought it would be. It makes you invest and begin caring for a serial killer, a murderer, an evil sadist. The Joker is one articulate son of a gun. With words, he carries more control over the public than his psychotic antics ever did. You have such a hard time trusting him, but yet…

Mind-blowing, Sean Murphy delivers narrative pleasure. It delves into several corridors of story-building such as explaining some of the economics behind Batman’s existence and demonstrating more negatives of Batman’s impact. The shareholder’s label areas of Gotham that have been attacked by Batman “Bat Impact Zones.” There is a running gag on the interest of Vigilance Insurance. 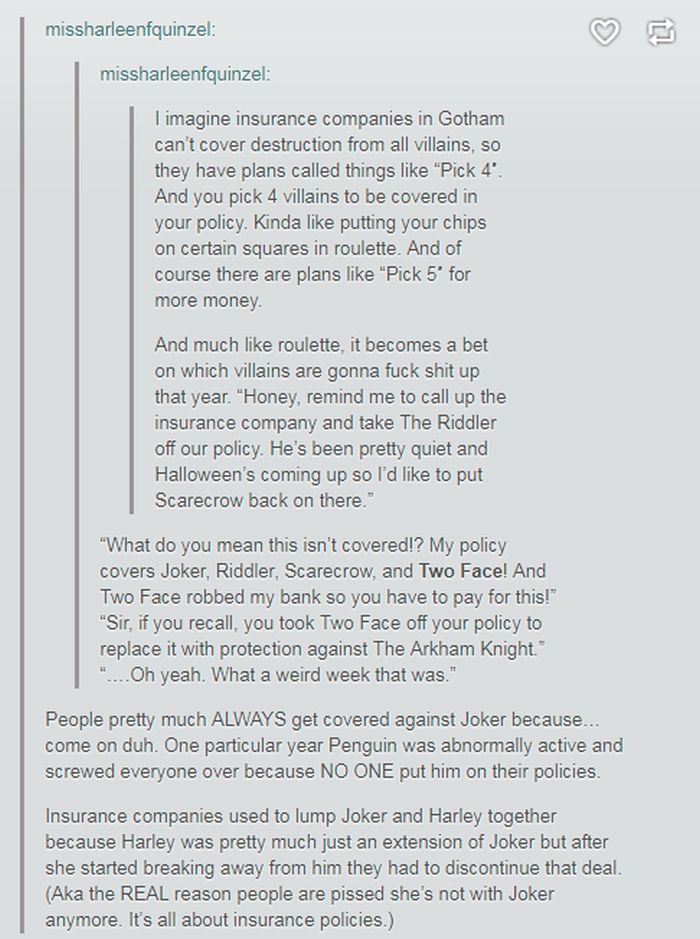 But Murphy takes this into a serious level. Bruce looks in shock hearing that people are profiting off his victims and actions while throwing poorer neighborhoods under the bus. 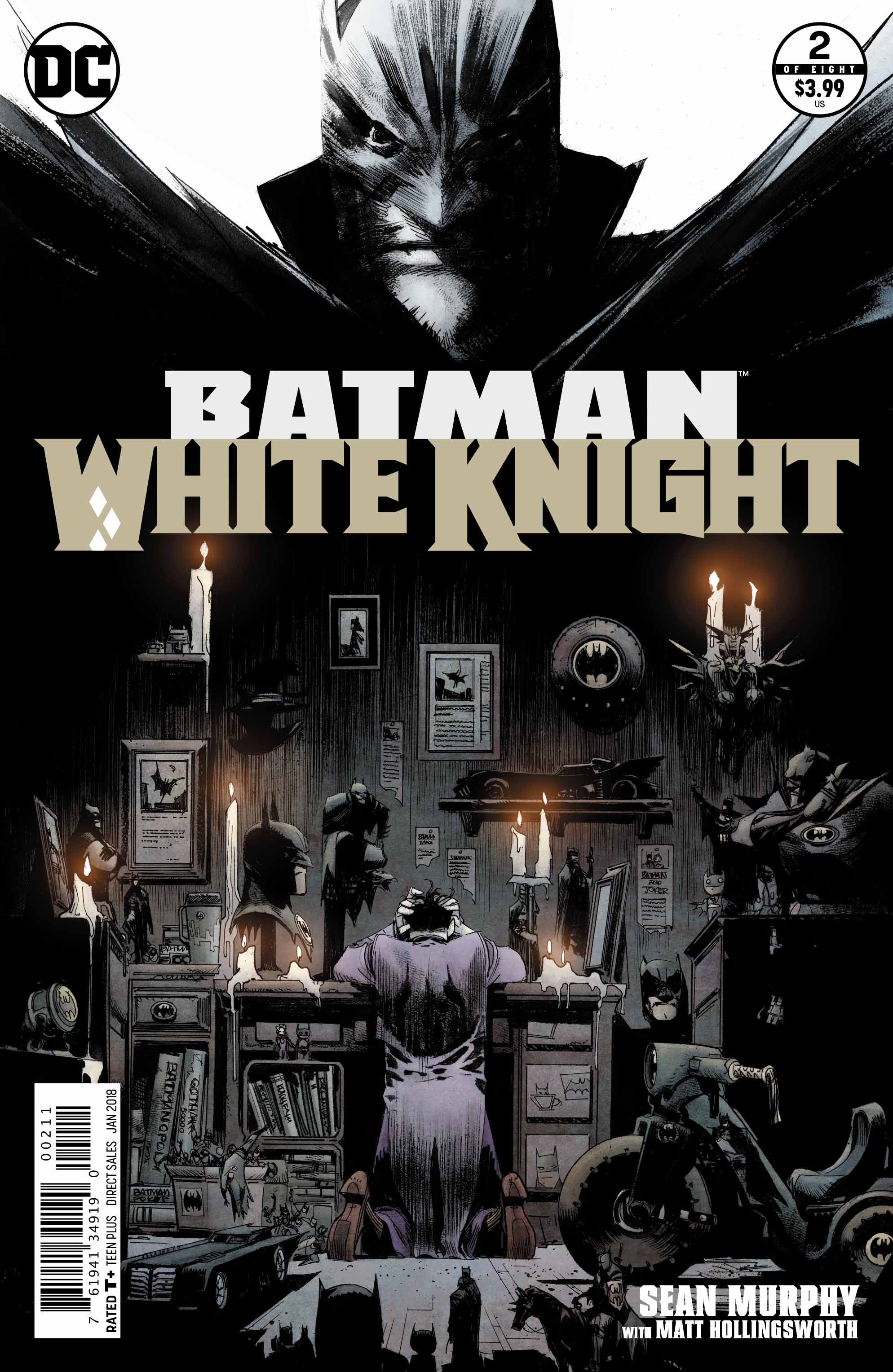 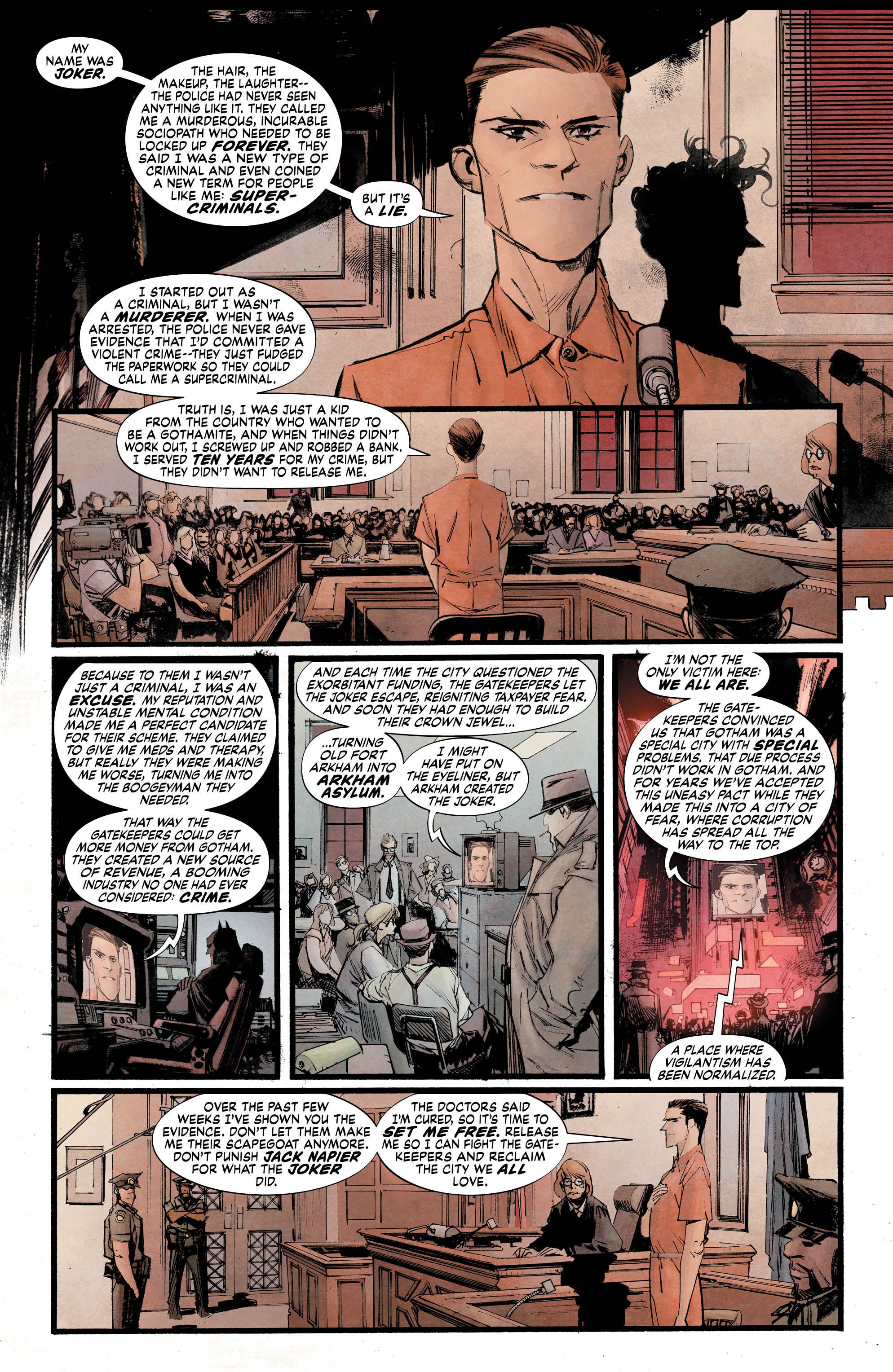 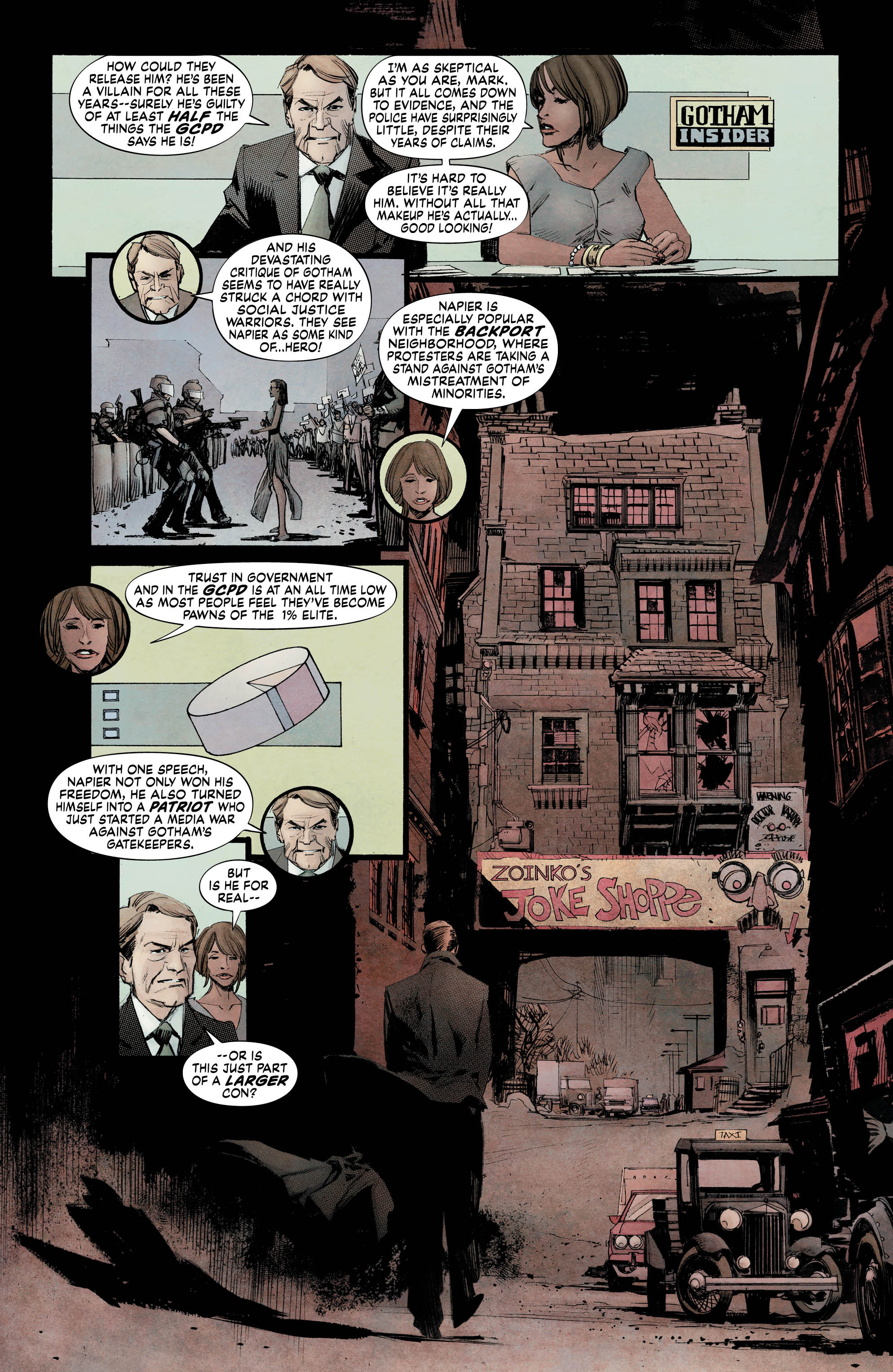 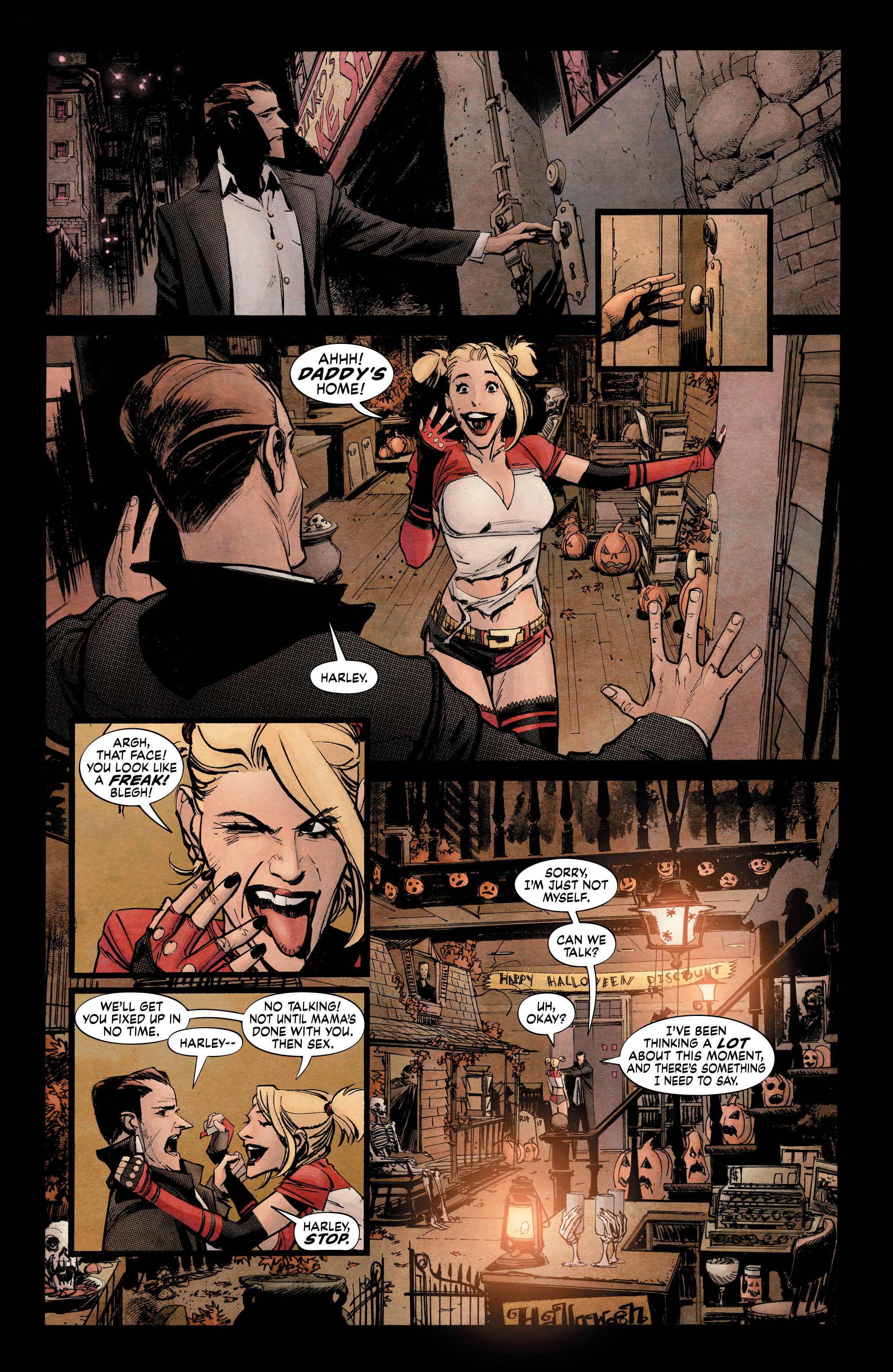 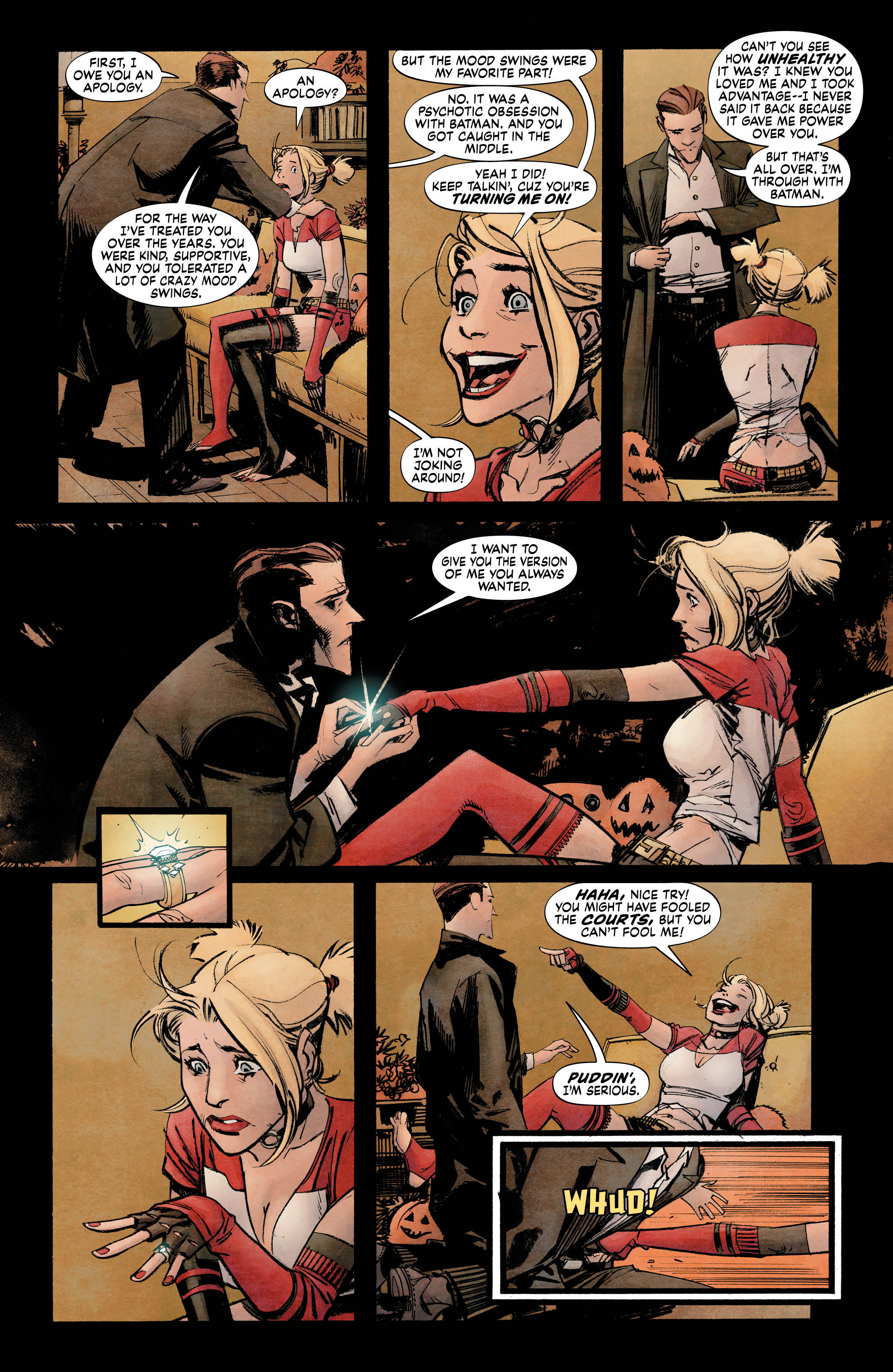 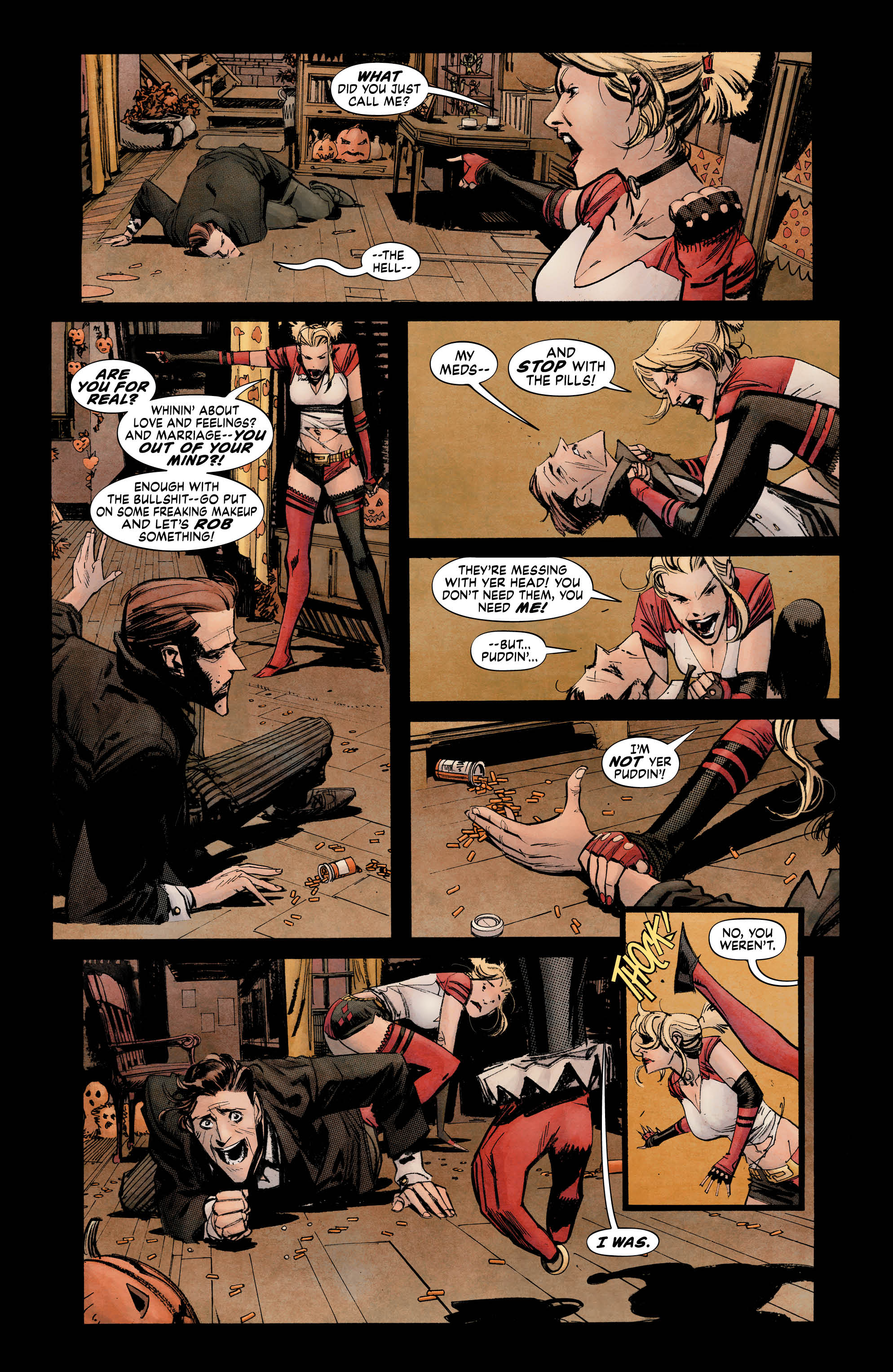 The art and inking are intense. What I find most interesting is how Jack Napier mirrors Bruce Wayne’s mannerisms. Even the way Jack mourns, there is a sincere ache in his expression. 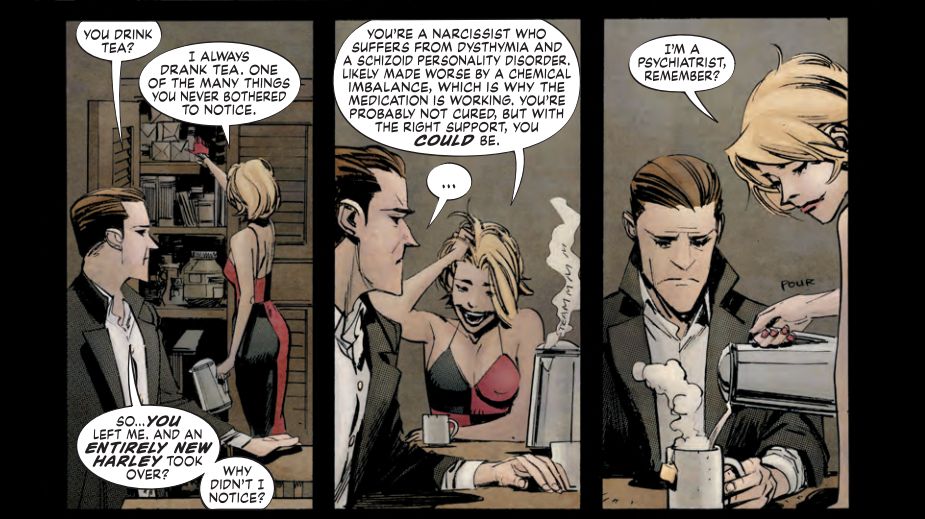 The Harley Quinns are mind-bending and an interesting take on the relationship of “Mad Love” (Joker/Harley). Joker is Harley’s origin story, not her love story. The Joker was an abusive, bad partner, but his attempt at redemption invokes sympathy in the reader. The art strings this along.

Murphy is pulling from our understandings of a good versus evil narrative. He’s taking them, and warping it into a wicked tale of heroism and destruction. I like the way this series is going; it certainly makes you rethink who the Joker is. Batman has always been about more than just weapons and fighting, it brings up questions of power and mental illness. When illness such as the ones Dr. Quinzel stated for Jack: psychosis and schizophrenia, often these patients lose autonomy, the police, the country, everyone else carries all governance of your body. I’m not sure who I am supposed to cheer for, and I am loving that.