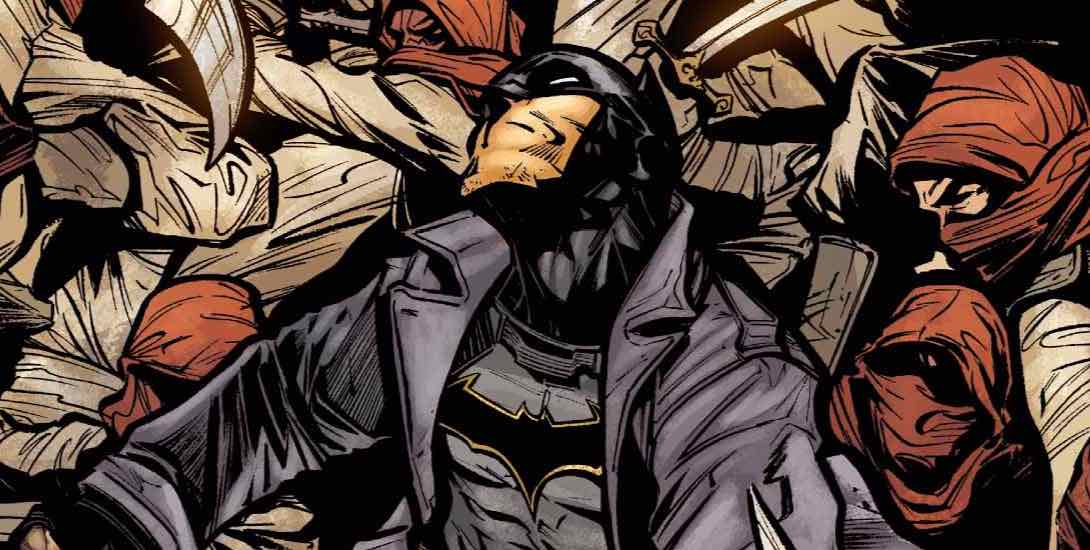 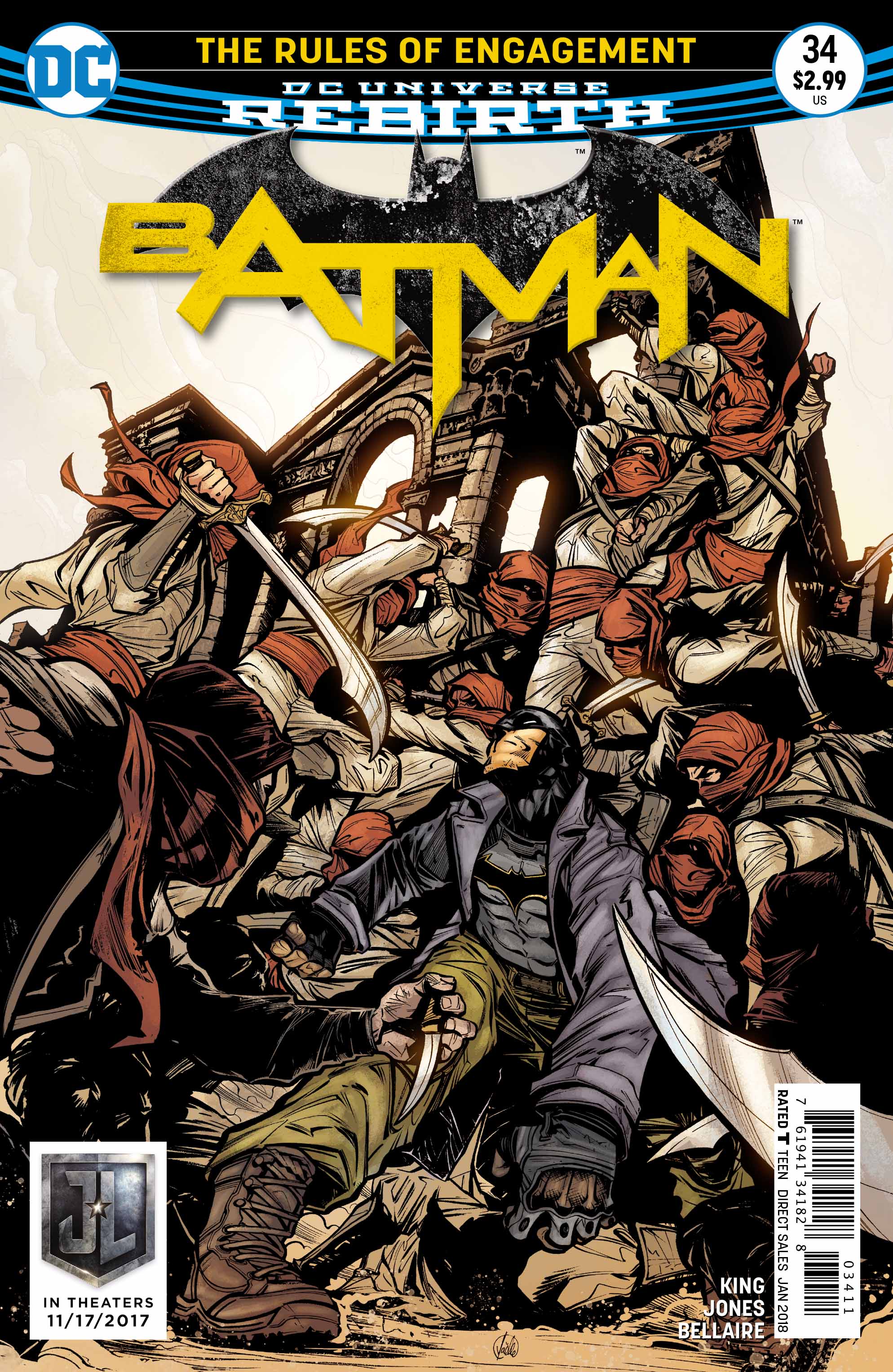 Batman and Catwoman battle Talia al Ghul in the desert as Damian Wayne and Dick Grayson rush to stop them.

The latest issue of Batman is a brisk comic with sharp dialogue and good characterization. The most standout thing to me was that writer Tom King adheres to a much more conventional comic book storytelling approach. And it works. King forgoes the parallelism, overly-elaborative narration, and cryptic dialogue. In place of it are bombastic action scenes, snappy one-liners, humor, and sharp, concise character moments. It is a less ambitious narrative that so far lacks a big thematic idea, but it also feels less pretentious than King’s previous arcs.

King’s writing tics are still present, but he seems to have a better grasp of storytelling. For example, King likes to skip ahead a lot in his storylines; glazing over some details to get to a particular beat. “The War of Jokes and Riddles” arc was frustrating at times, because it used that technique to the extreme. King employs a similar technique in this issue where we cut from Batman and Catwoman fighting through an army to them ripped up and exhausted. It was used in a slightly comedic fashion and it works to the benefit of the script. 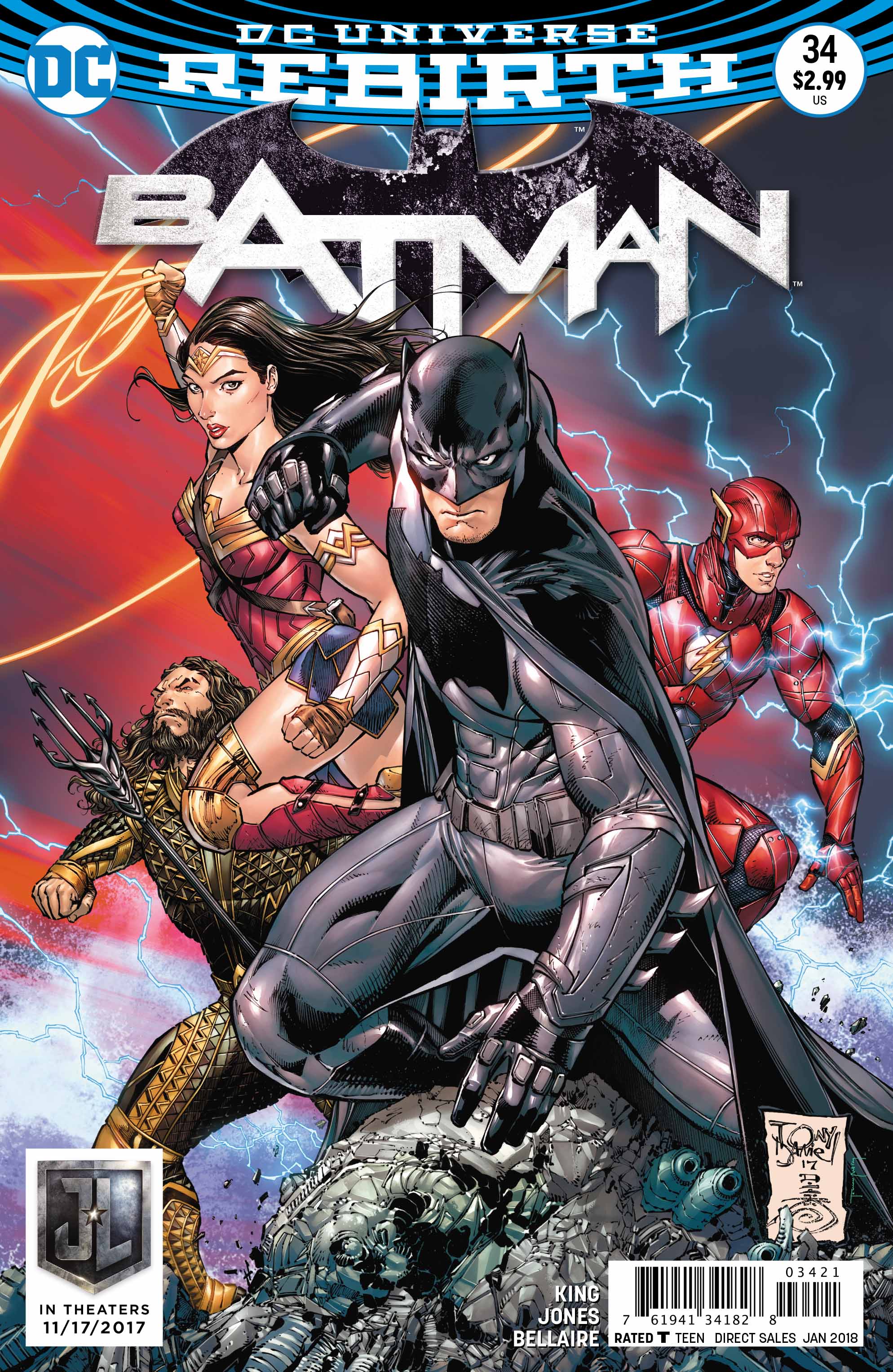 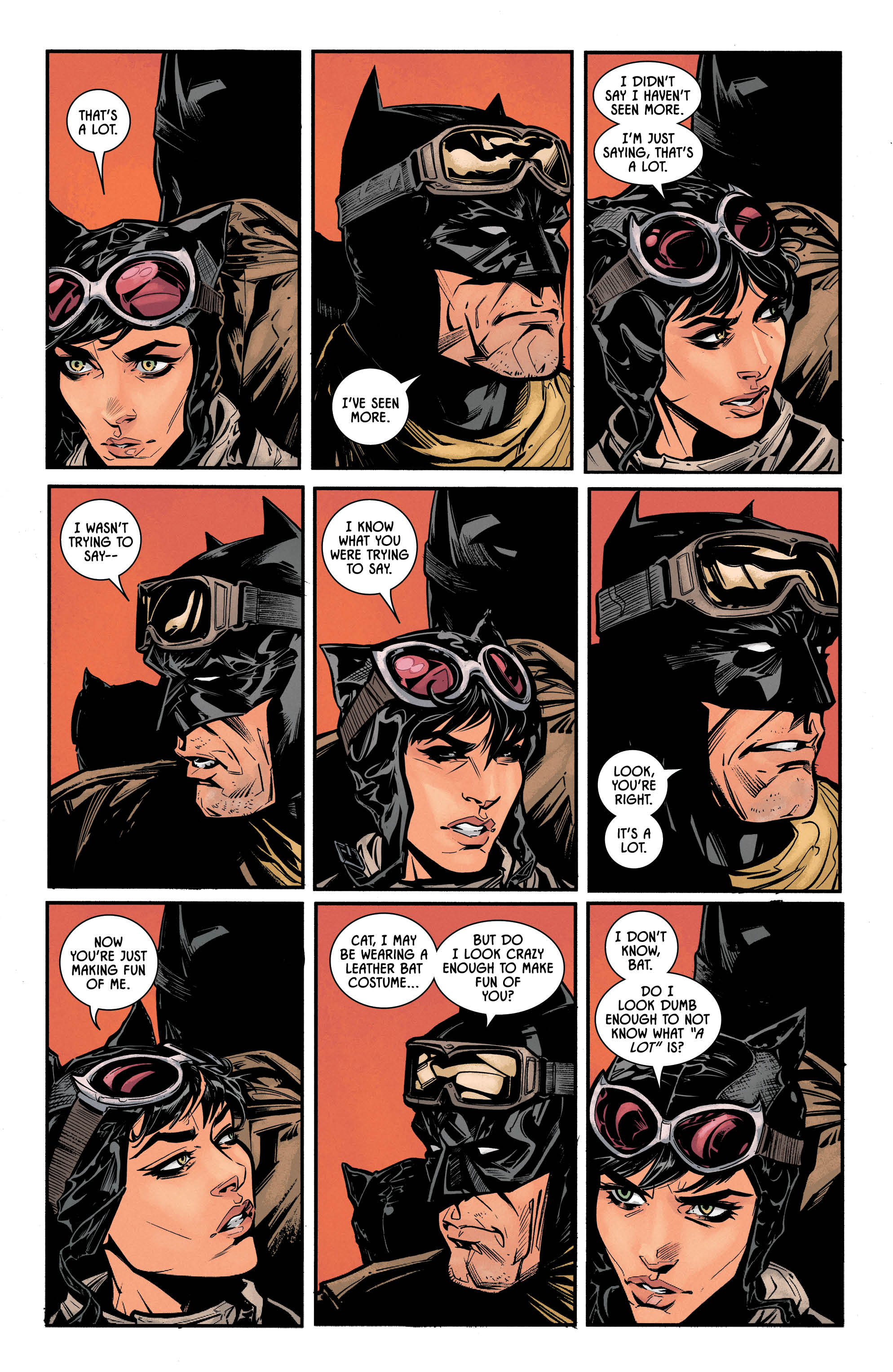 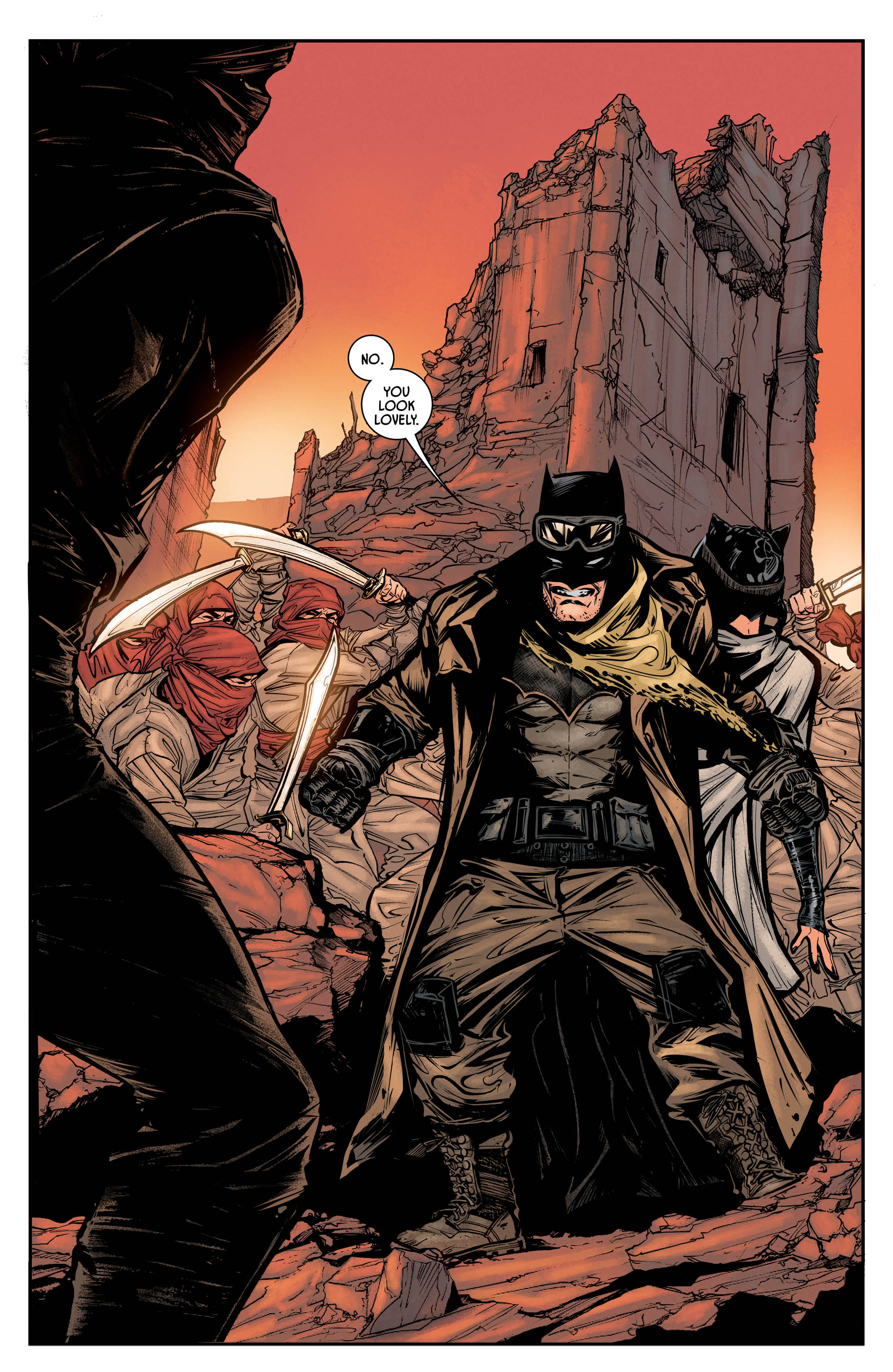 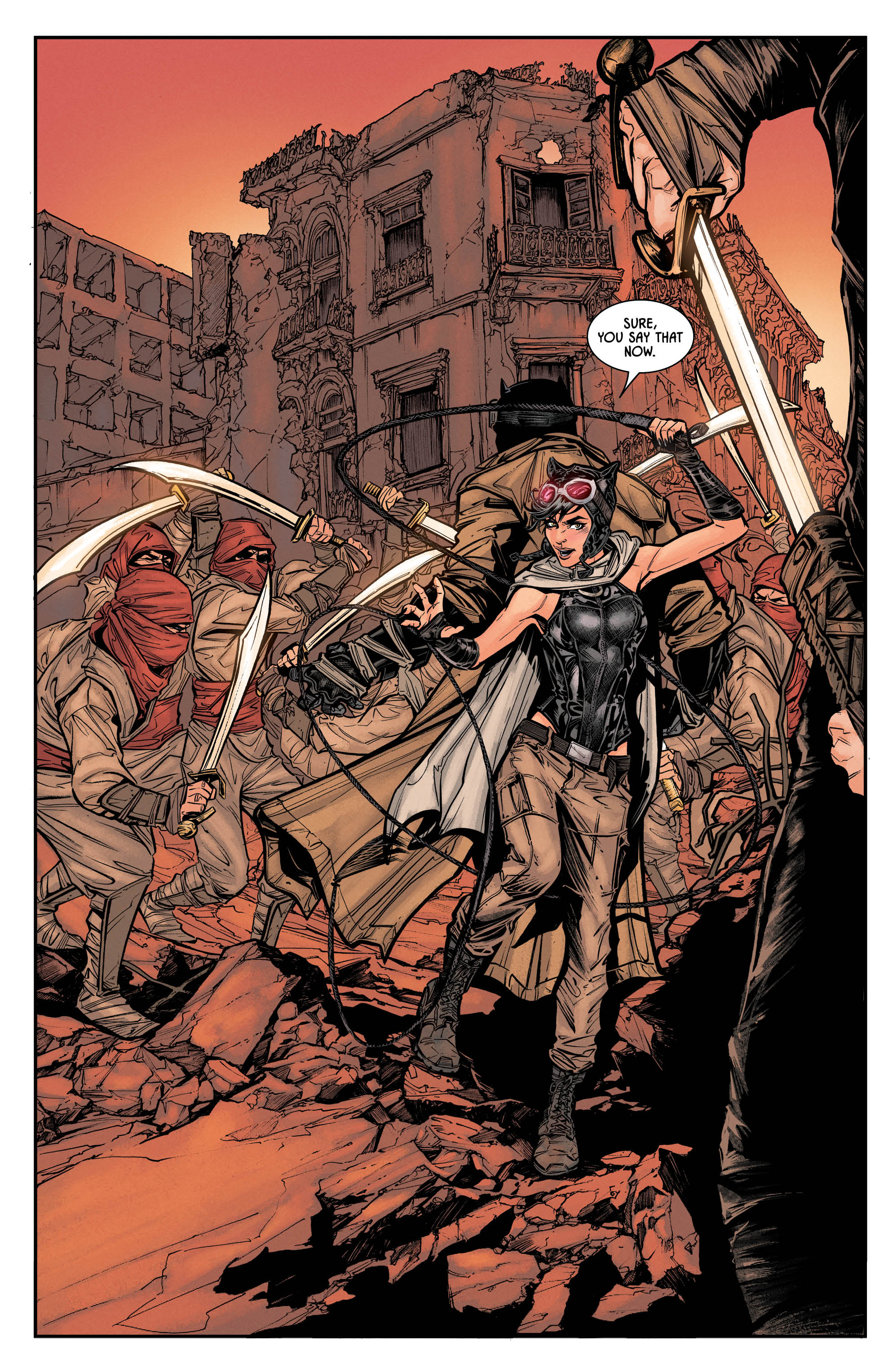 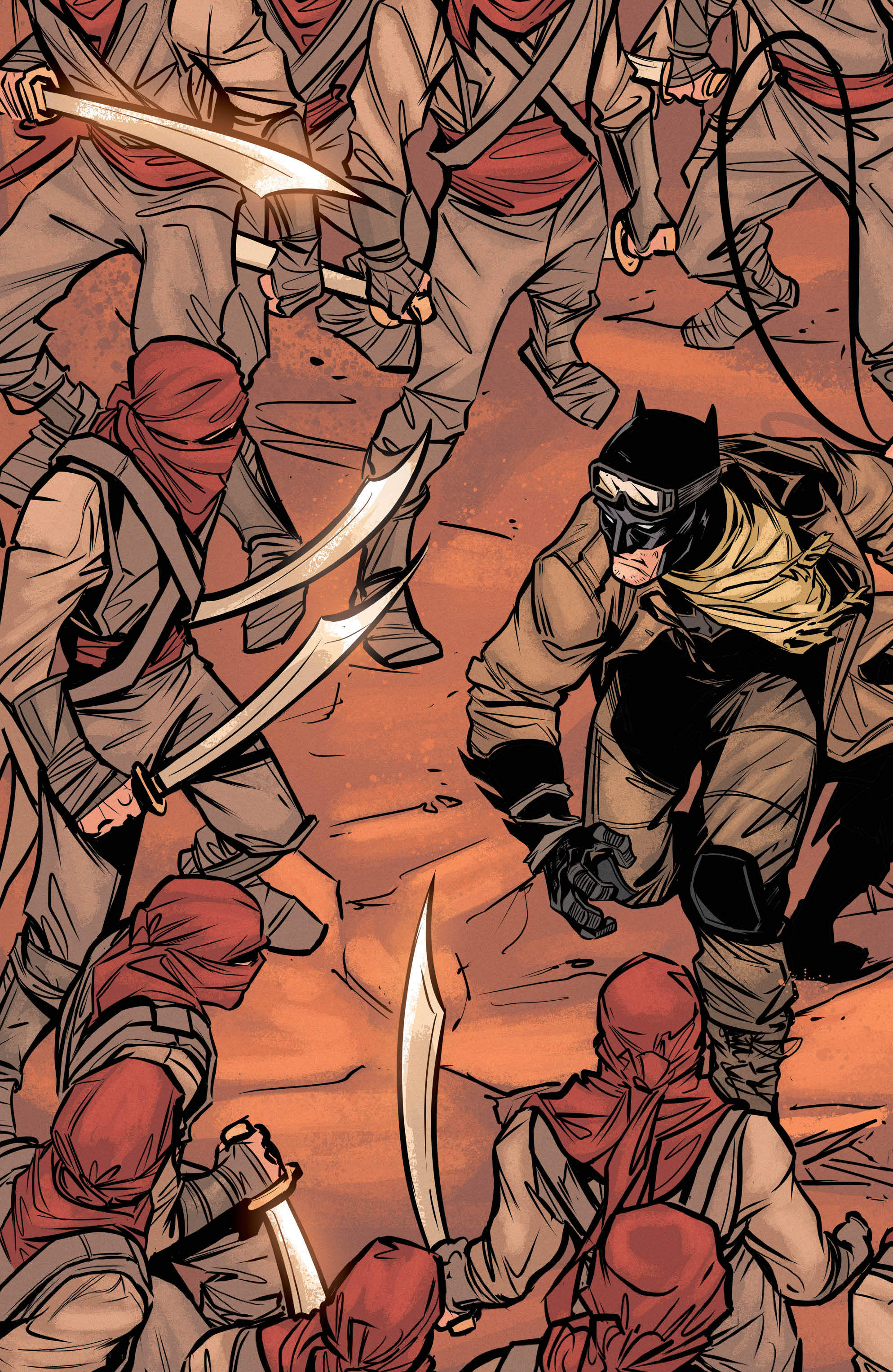 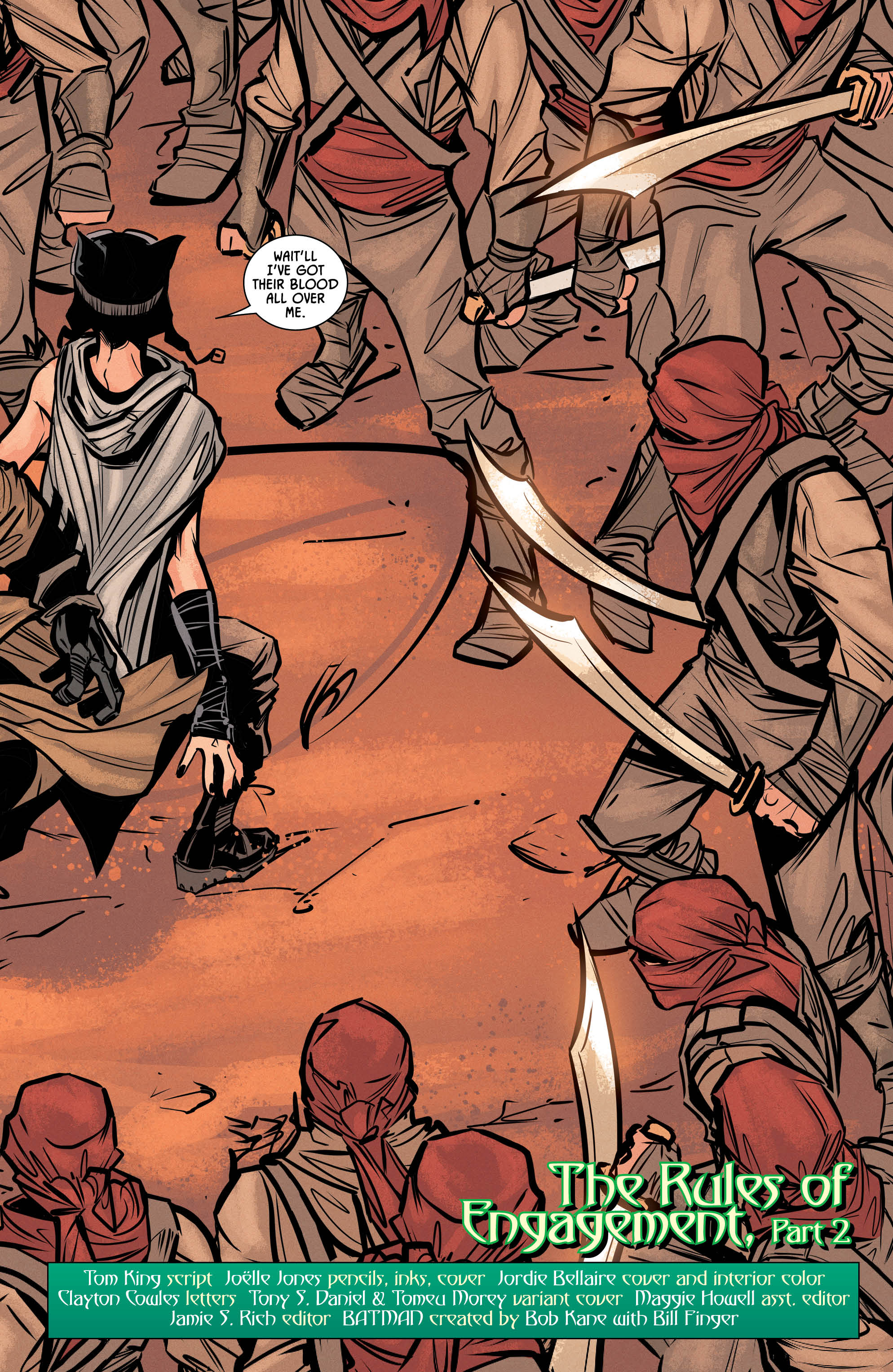 Supplementing the punchy script are Joelle Jones’ beautiful thick lines. Jones’ art gives a wonderful sense of movement as Batman and Catwoman breeze through Talia’s army of assassins. The character designs are great too. Talia looks appropriately Middle Eastern and not Anglicized. The only downsides are that at times, the art looks a little too thick-lined and amateurish. It is especially pronounced in the double-page splash of the army surrounding Batman and the assassins almost look like Clip Art.

Speaking of nitpicks, King’s writing is almost perfect minus two nagging details. First, given how many times DC rebooted the continuity, it is hard to tell if Catwoman and Talia actually know each other. They certainly act like they have never met in this issue. That is confusing to long-time readers, since they have met a few times in previous continuities.

Another minor nitpick is a scene with Superman confronting Damian and Dick. The explanation for why the Justice League not only are unwilling to help Batman, but are actively preventing others from intervening is unconvincing. Furthermore, Superman’s characterization teeters dangerously close to the government stooge portrayal from The Dark Knight Returns. It is hard to tell if that is how King writes Superman typically, since the scene is so brief. Hopefully, Superman will get more time to shine in future issues of Batman.

This issue of Batman shows what King can do when he is not tied down to an overly ambitious story structure. He tells a straight-forward superhero tale and it works well. It is brief, exciting, easy-to-follow, and fun. This issue feels like what a Batman comic should always be.