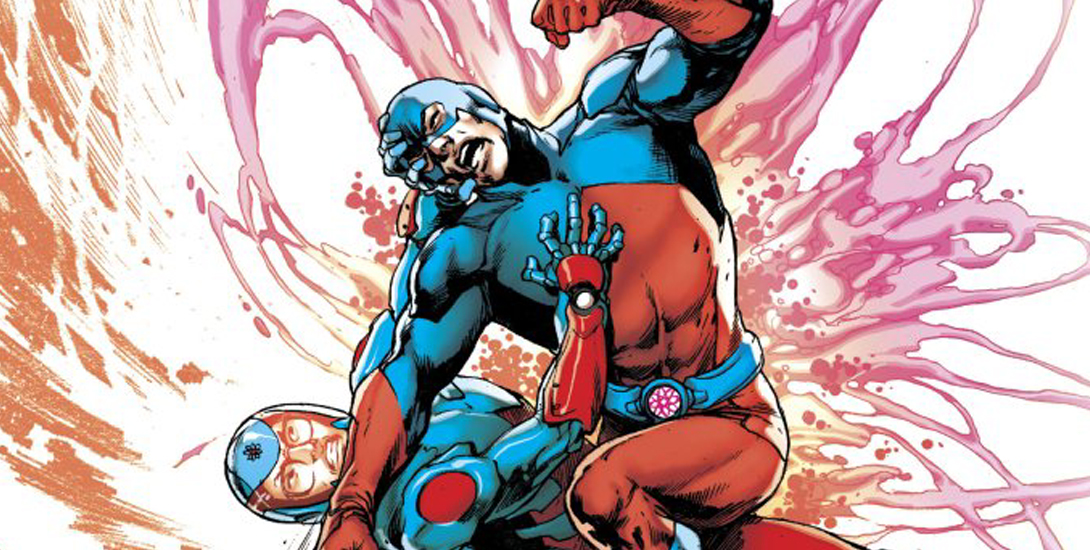 “Panic in the Microverse,” Part Six 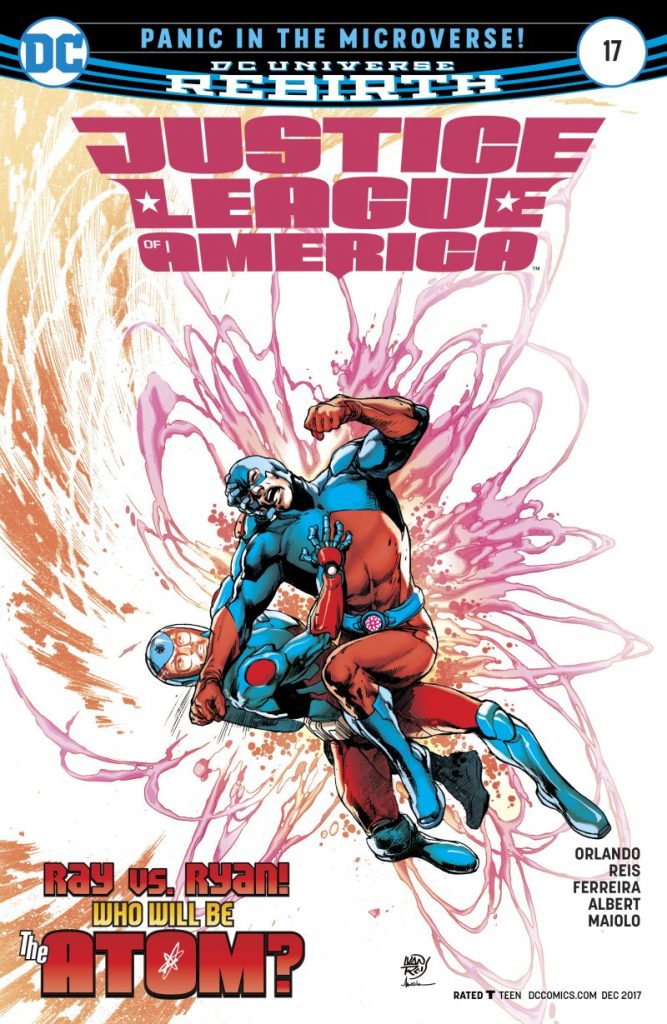 Normally, I would write my own summary of the issue I am reviewing, but this month I am going to use the description that comes direct from DC Comics.

The Justice League—betrayed! Ray Palmer, the original Atom, said not everyone could be trusted in the microverse, and he meant it! By rescuing Palmer and finding the Ignition Point, has the Justice League doomed all reality? It’s the quantum conclusion the sci-fi epic that began in DC UNIVERSE: REBIRTH #1!

If anyone has a copy of THAT book, send it my way, I would love to read it.

Let’s break this down:

“The Justice League—betrayed!”…. by Dr Aut.

“Ray Palmer, the original Atom, said not everyone could be trusted in the microverse, and he meant it!”….. Yeah, he meant Dr Aut.

“By rescuing Palmer and finding the Ignition Point, has the Justice League doomed all reality?”… No. again, that was Dr Aut.

I stated last month that Orlando had me bought me back into this arc with a strong issue and if we got a solid ending, I can get back on-board with this not being a terrible story. I got half way through this issue and I was bored and realized that issue was basically my entire Justice League of America experience since Rebirth. Inconsistent and frustrating.

The only reason I finished it is because I knew I had to review it. This arc has been a total waste of time. This conclusion is poorly written and the apparent OMG! moment at the end is more of a “Really?”

“Panic in the Microverse” is basically over by page 12. The rest of the book is Batman taking aside Ray Palmer to give this book the most tenuous link to Doomsday Clock and Rebirth you could ever get and to give Choi a new Atom outfit. That is really about it.

There is so much exposition in this issue that it actually becomes a chore to read it. I was bored and frustrated. Honestly, the ending was quite simple, repair the damage to the Microverse on the smallest atomic level possible but it was written in such a complex and almost unreadable way. It was just terrible.

Orlando just doesn’t seem to understand tension, we find out that Aut/The Null shrinking the League is based on Ray’s older tech and they could explode as a result!… but nothing happens and then they are un-shrunk. These kind of things happen multiple times throughout the issue and through the entire arc. The tension is just never there, the threat is never real. I was never in any doubt that every member of the League was going to survive this mission. It just went through the motions so we could give Ryan Choi the Ray Palmer ‘Seal of Approval’ going forward as The Atom. 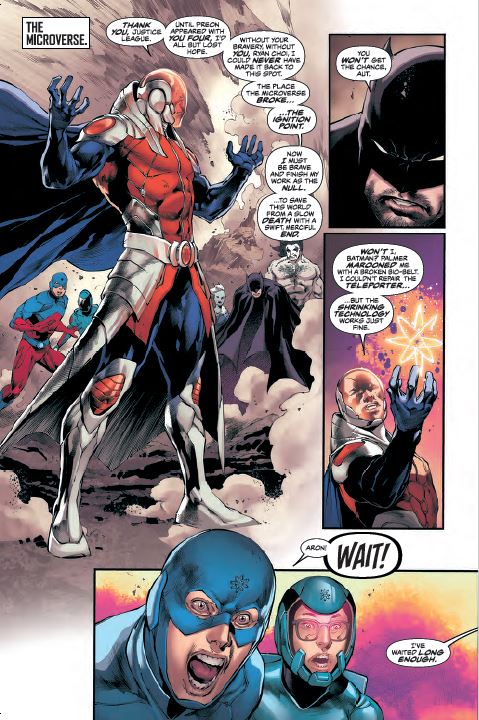 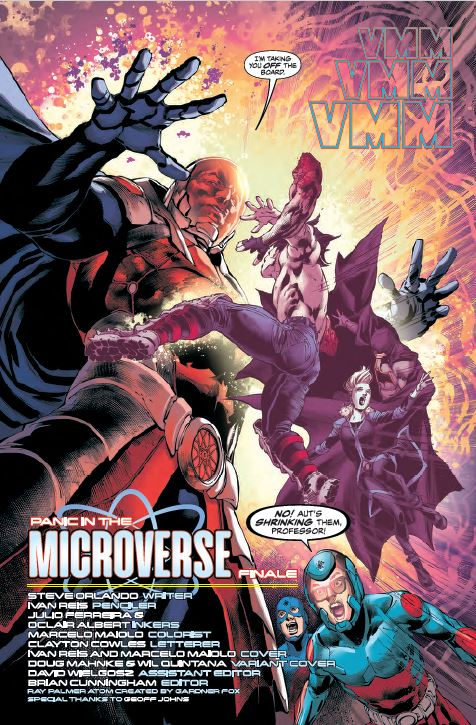 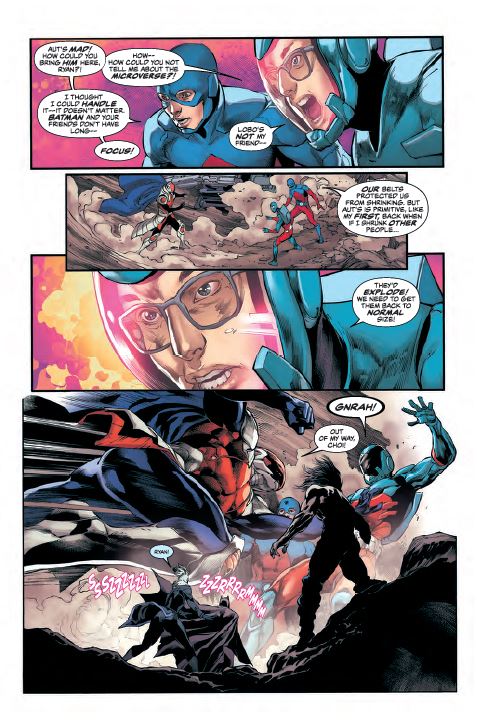 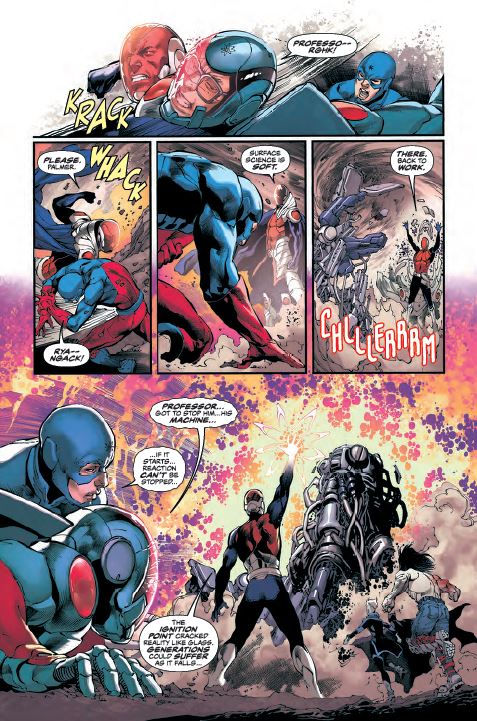 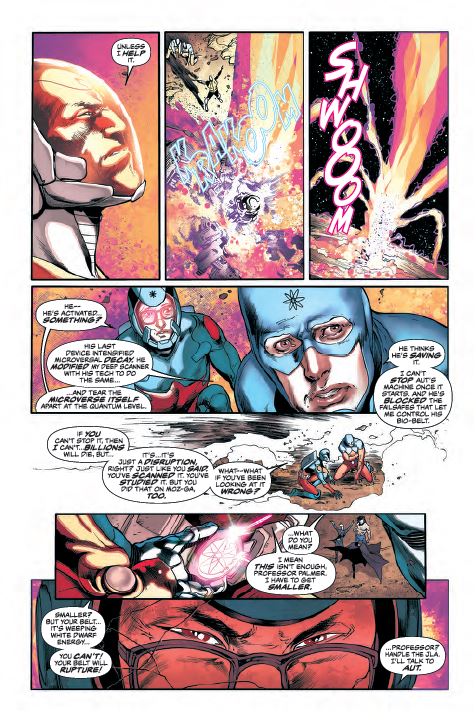 On the positive side, we finally get Ivan Reis back and as always his work a A+. This guy never fails to impress. However, it looks like we won’t be seeing him for a while as the next three issue arc has a different artist coming onboard.

I guess that sums up my major issue with Justice League of America, We have 3 artists in three months. The book is wildly inconsistent, the pacing is erratic and it’s just not reliable. Each issue is hit or miss and the conclusion of “Panic in the Microverse” was a major miss.

This is a terrible conclusion to a very average story. Even if you have read the other five parts, I would say don’t bother picking this issue up. In fact, at this point, I really wouldn’t recommend that anyone pick up this book.