As Americans have comic books, Japan has their manga and anime. Anime is a huge part of their culture with people of all ages enjoying a manga or an anime. It’s even mindblowing to me to see anime movies get huge wide releases over there, when most of them only get limited release in the States. And because a lot of Americans are huge fans of anime, it only makes sense for some of our favorite superheroes to end up appearing in anime sooner or later. Marvel characters have seen varying degrees of success in anime form, while our own Dark Knight was in a very popular anime anthology movie called Batman: Gotham Knight. 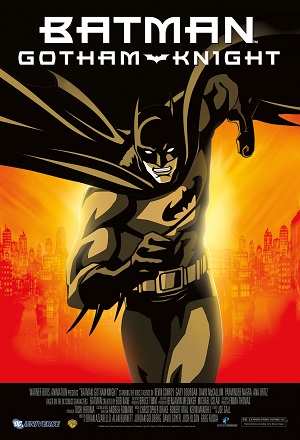 While I wasn’t a huge fan of Gotham Knight, I’m always open to new interpretations of the Caped Crusader. And it looks like WB is ready to take another stab into anime. Though not officially announced, Comicbook.com looked at a panel description set for NYCC next Thursday, discussing a new anime movie by Warner Bros. Japan.

Warner Bros. Japan and Warner Bros. Home Entertainment team for an eye-popping addition to the Batman animated legacy with Batman Ninja, a spectacular, all-new anime film coming in 2018. Be among the first to witness the premiere of colorful footage from this imaginative take on Batman and many of his connected characters.

The title is not particularly imaginative, but it’s not incorrect. Batman is a ninja who just happens to have more weapons and a cape.

Though I’m not a big anime fan, a quick Google search indicates that the crew has some big credits to their names. Mizusaki is a producer on Jojo’s Bizarre Adventure, Okazaki wrote and drew Afro Samurai, and Nakashima is the head writer for Kill la Kill. For those who don’t know, all of these anime/manga are really popular… at least, in the States.

As indicated by the description, it should be out in 2018. Be sure to watch for that anime Batfans. I know I will.