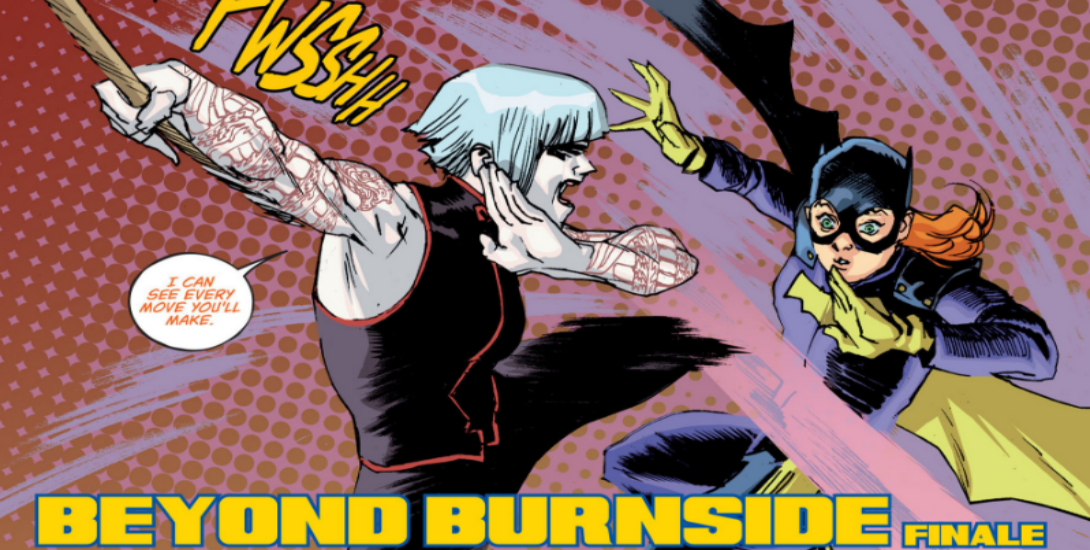 With issue #5, Batgirl wraps up the “Beyond Burnside” storyline in an exciting, but imperfect way. Obviously we can’t rely on any art to be perfect, but there were large ideas introduced over the course of this arc that don’t really get resolved. It was an ongoing storyline that didn’t really feel like such at times, because the style and structure became so episodic.

I would almost forget, at times, that there was an ongoing storyline with Batgirl because for the most part each issue has felt fairly self-contained with only a few connective threads being teased each time.

Because of that, I’m not surprised that I was a little let down by the conclusion. I’m not saying it’s bad by any means or even that the major plot threads don’t get resolved. There aren’t any glaring omissions to that degree, but characters like Fruit Bat, who was teased as such a mysterious and powerful figure that it looked like we were going to delve into more deeply—just disappears.

I’m also sad to see Rafael Albuquerque leave artistic duties, even for a little while, because this art is one of the best things to happen to Batgirl in a long time. I don’t really have any idea what to expect from the next issue, because it feels at the moment that it’s just going to seem like a completely new book.

The next issue will have a completely different artist and will move onto a completely new setting and story, making it seem—at this point—like more of a relaunch than a straight continuation. But at the same time, it’s exciting because it means that I truly have no idea what to expect next.

Overall, this is a mostly satisfying conclusion to “Beyond Burnside” that falls just short of being something truly dynamic and memorable.