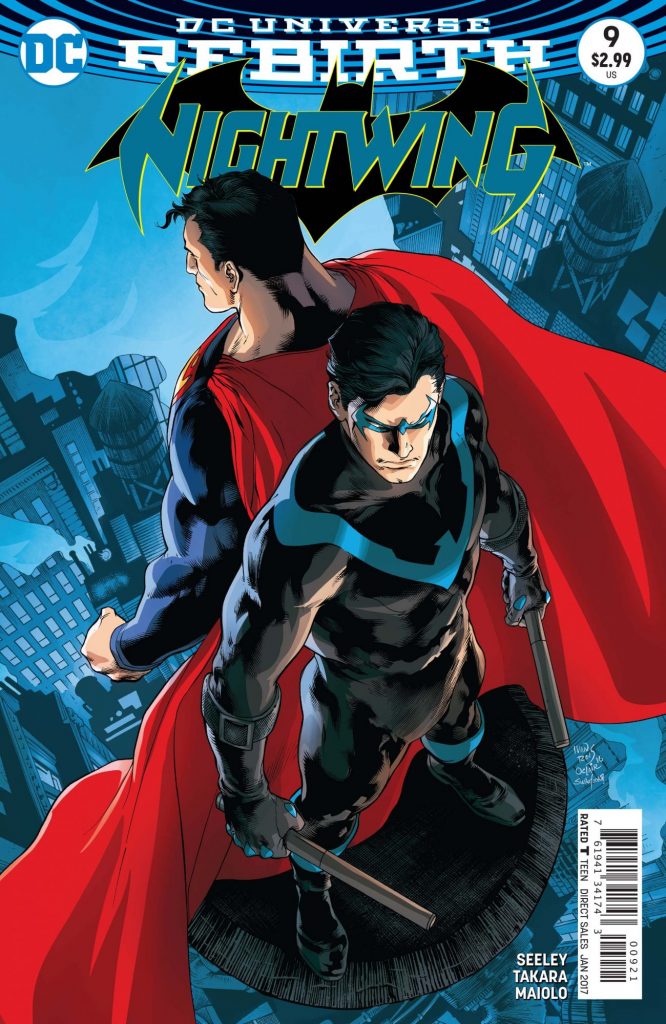 The latest issue of Nightwing guest stars Superman and provides a surprisingly fun, breezy romp as the heroes battle it out with Dr. Destiny across Dick Grayson’s dreamscape.

It was a delightful change of pace to see a done-in-one story that also features such a lighthearted Superman and Nightwing team-up. Superman is such a pleasure to read in this issue and Tim Seeley takes time to explore Superman’s relationship with Nightwing. I cannot even recall the last time Nightwing and Superman have appeared together in a comic, much less one where they had a meaningful interaction.

Superman treats Nightwing as an equal. He is emotionally open to Nightwing and supportive, despite this being their first interaction with one another. More on that in a minute. On the flip side, Nightwing sees Superman as the cool uncle, who never seems to get frustrated with him. Seeley puts the issue’s focus squarely on their dynamic with Dr. Destiny’s evil plot being merely perfunctory. It feels refreshing and gives the title a shot of hopeful optimism that it has been missing in its run. 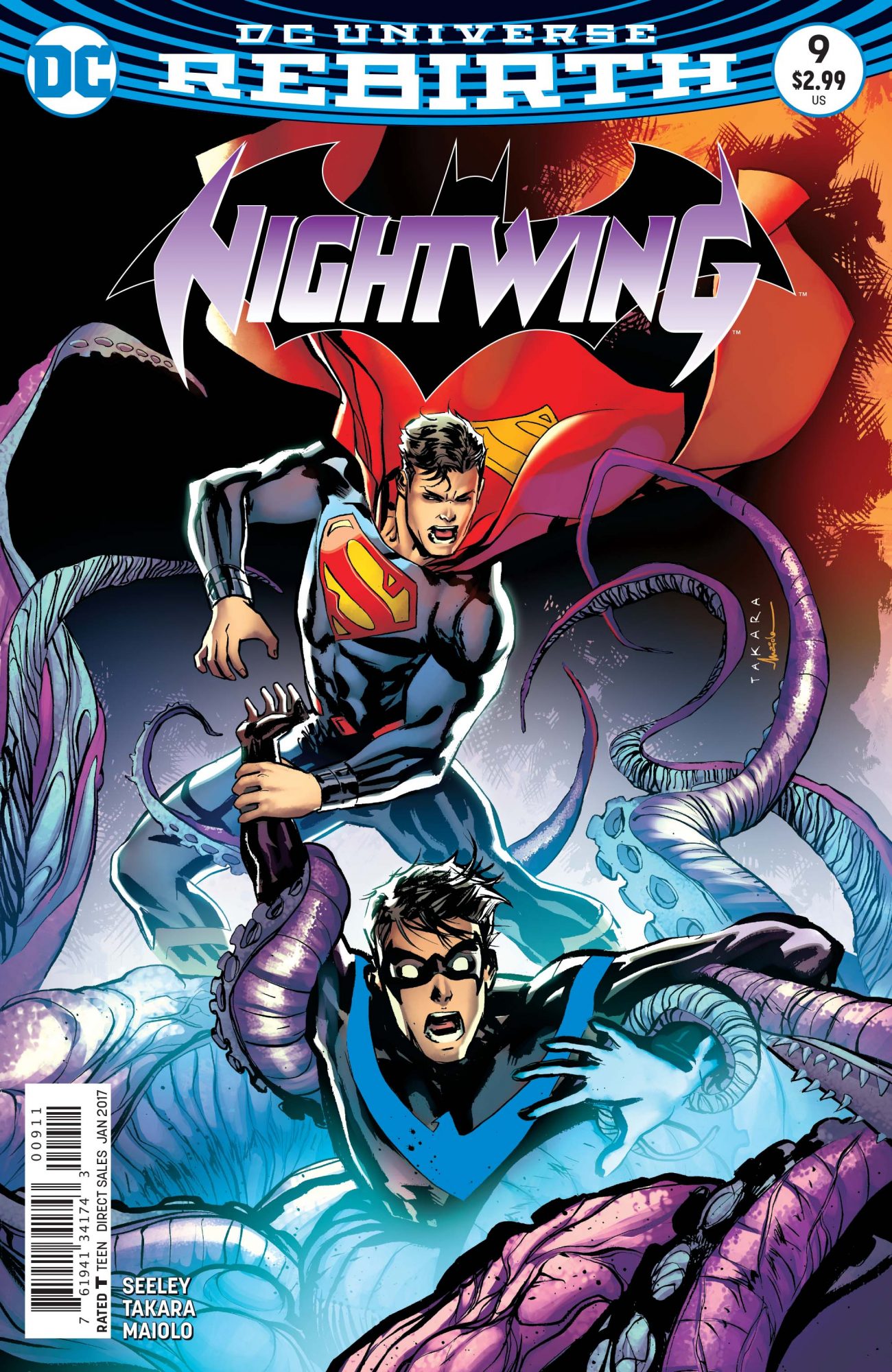 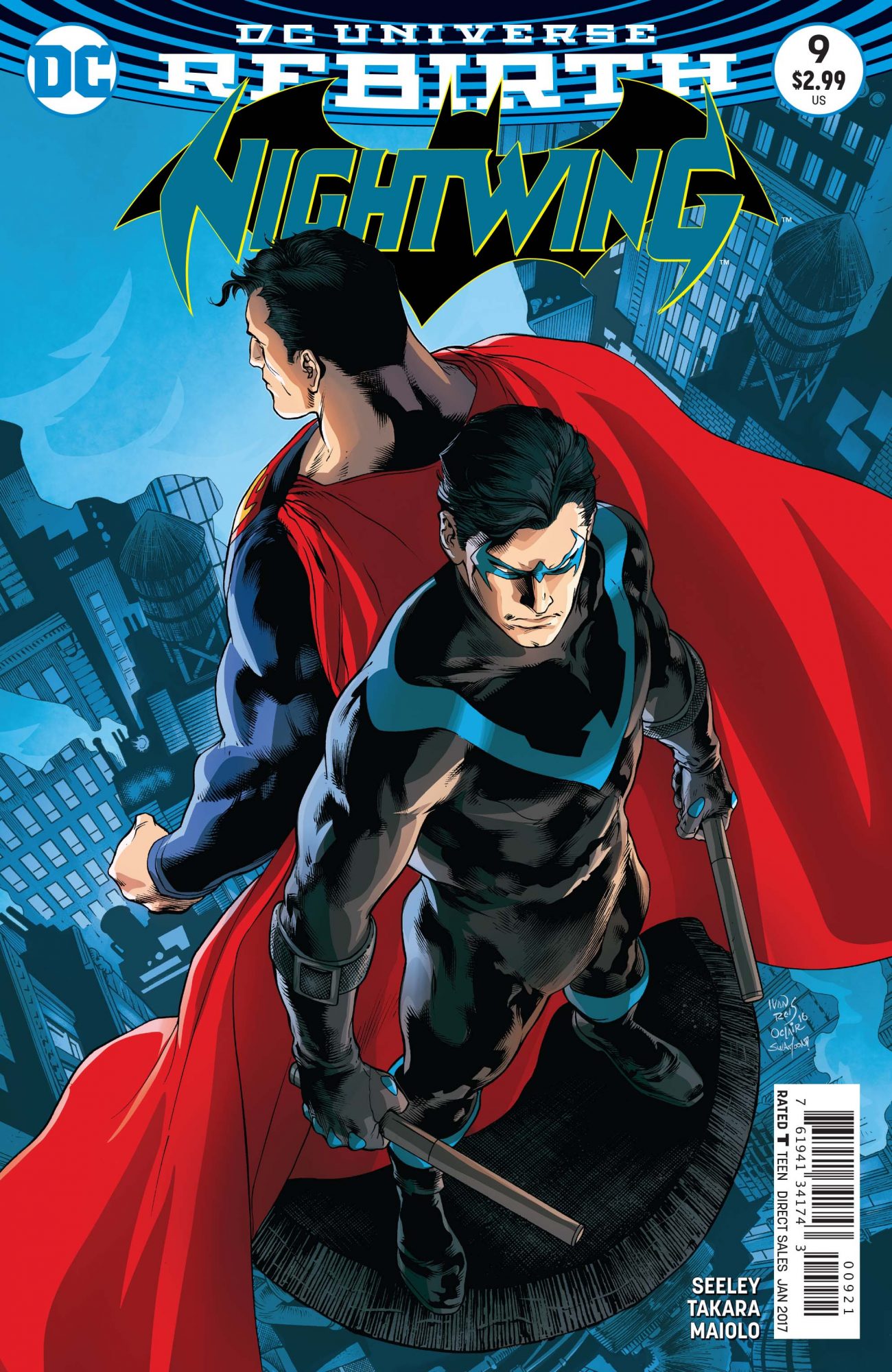 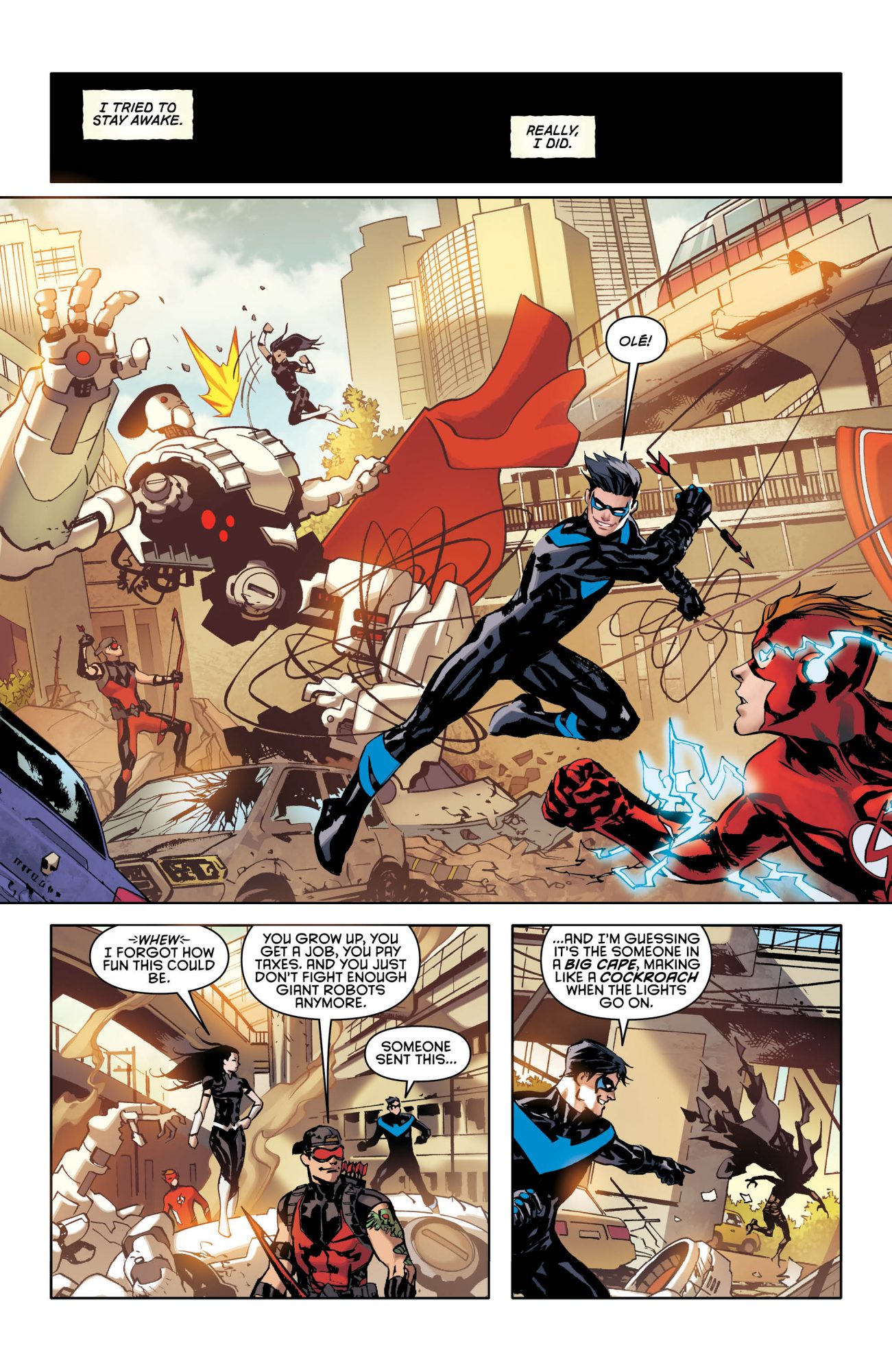 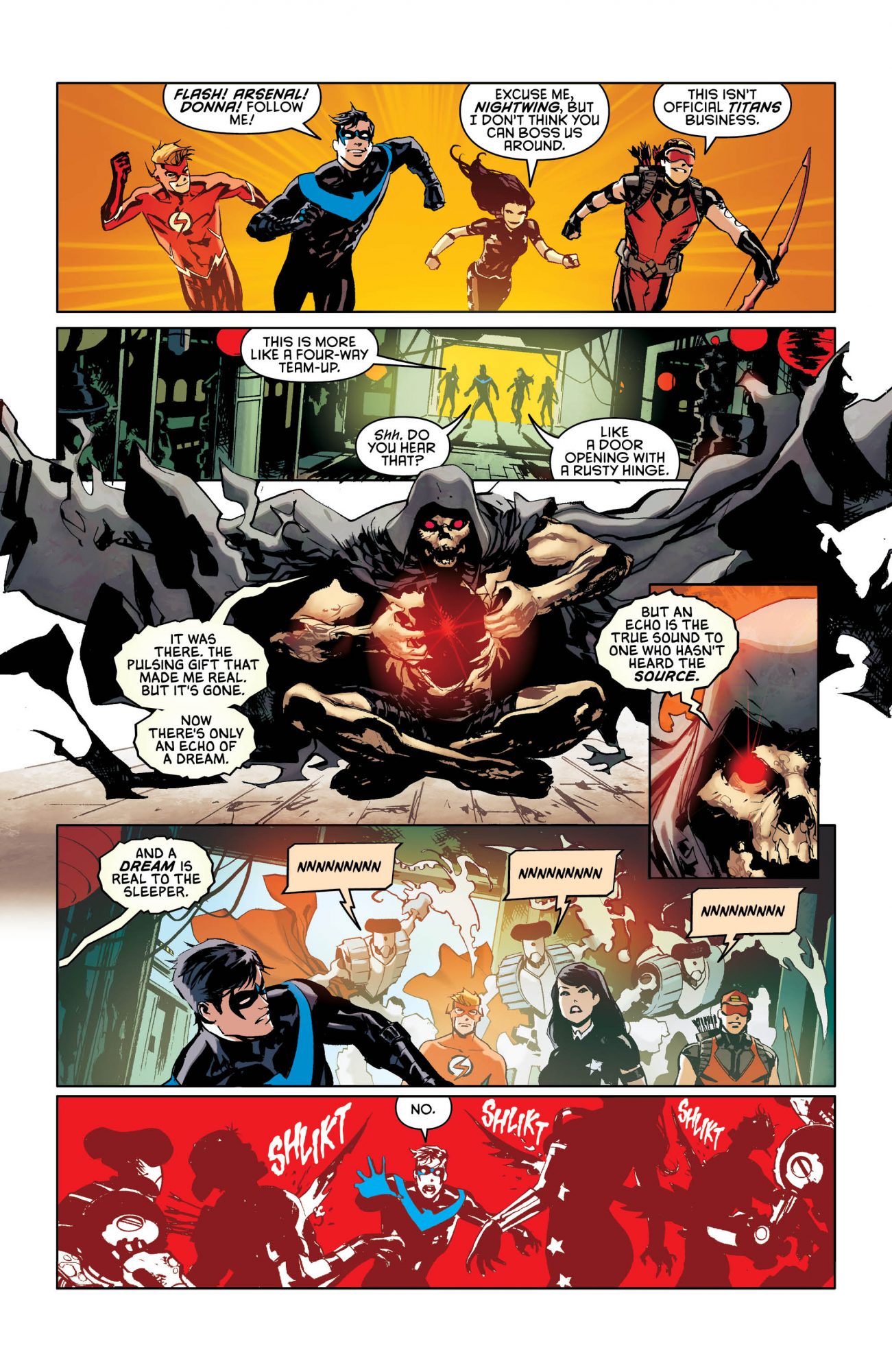 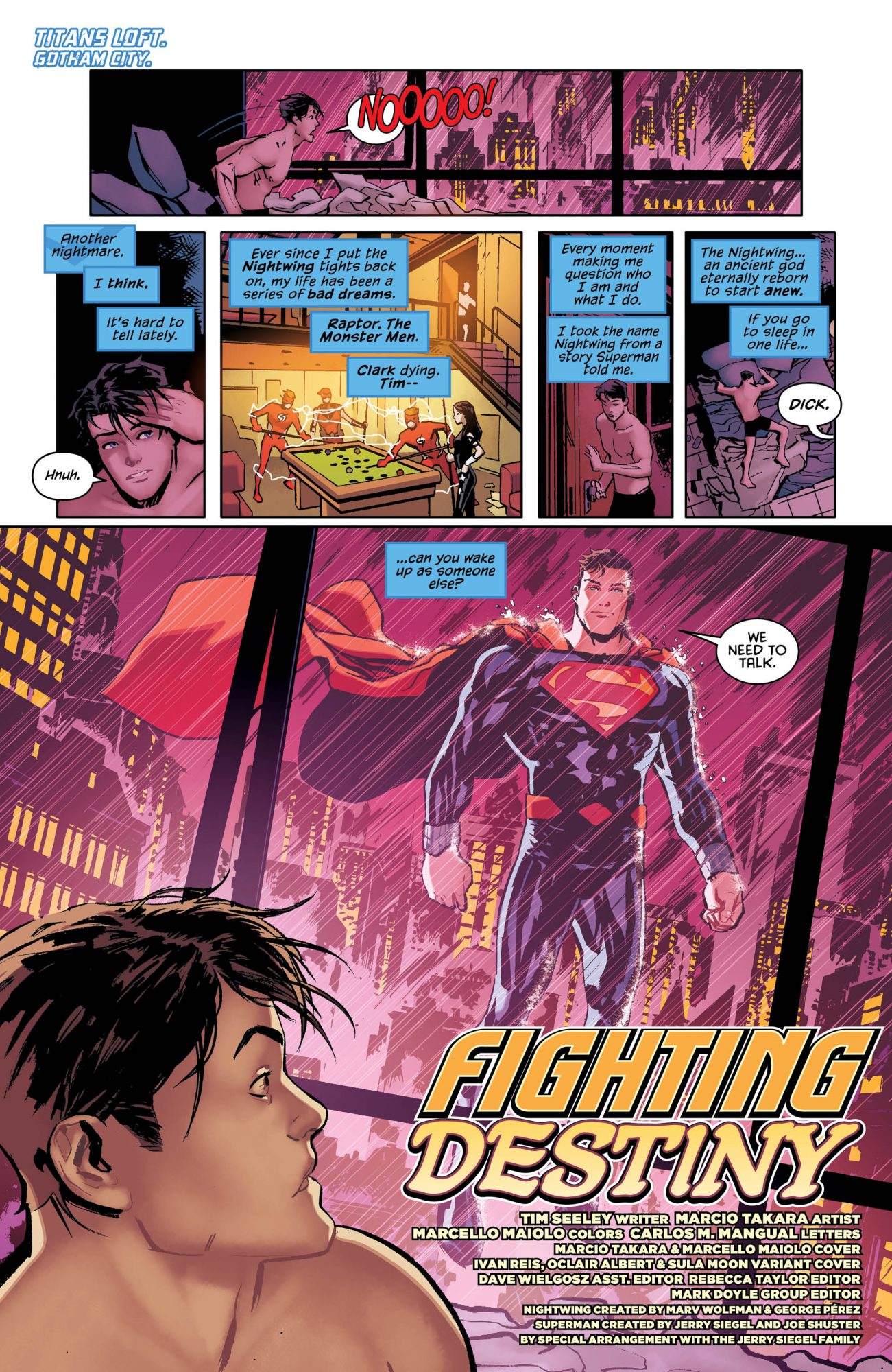 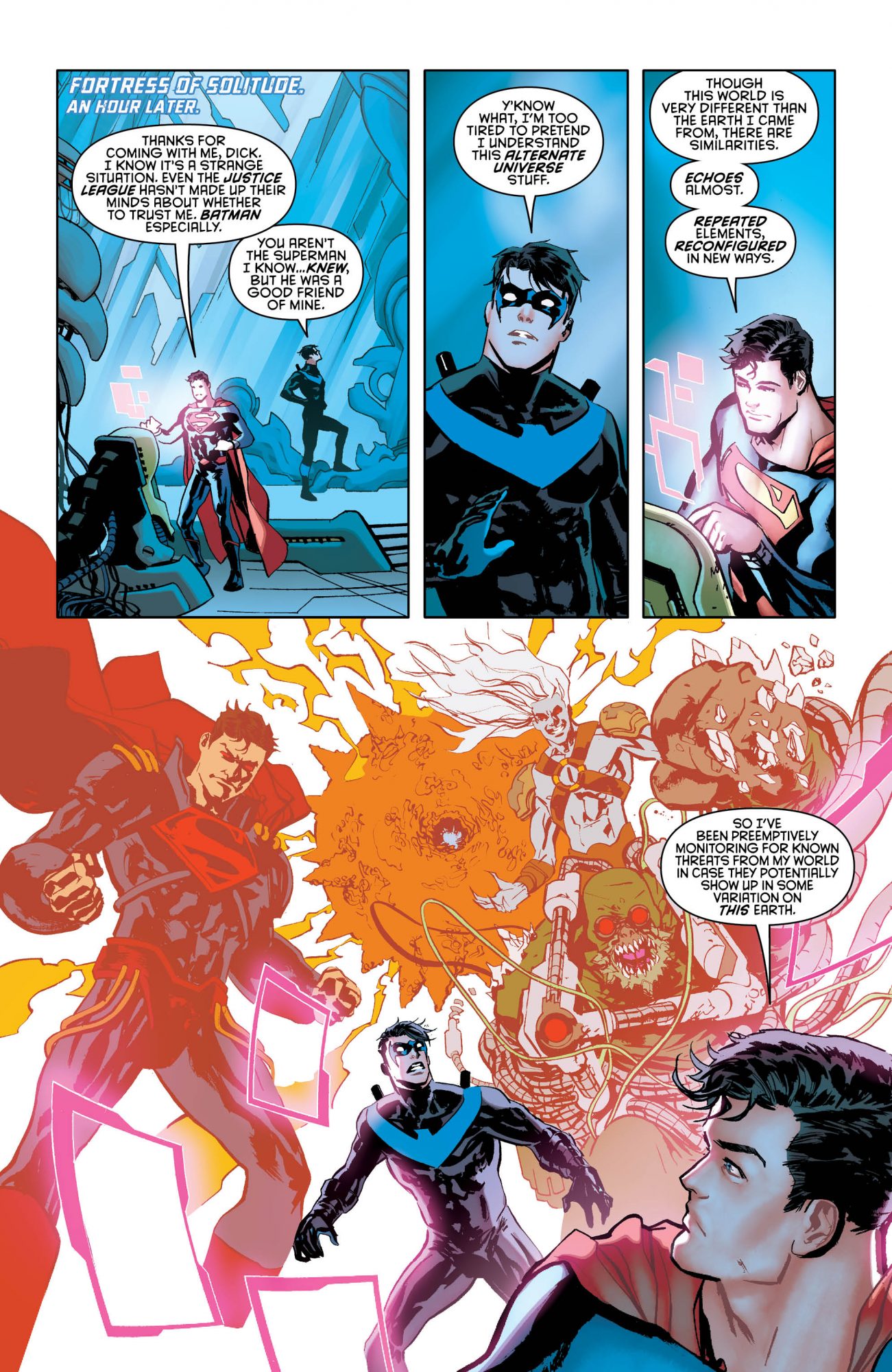 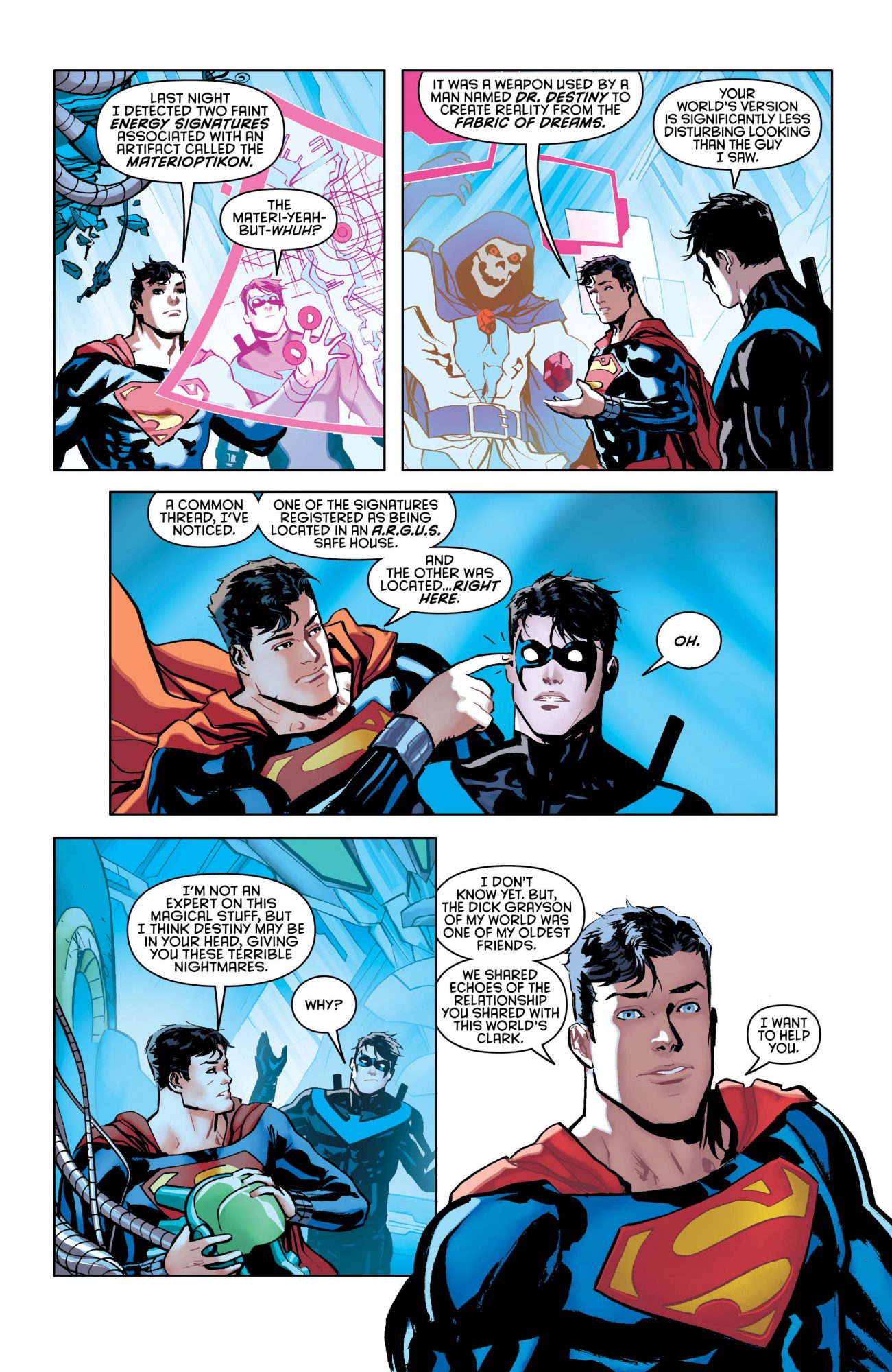 With that being said, there is one aspect of Superman I wished Seeley would not have brought up. The awkward Rebirth transition of Superman – where they unceremoniously killed off the New 52 version and replaced him with the post-Crisis one – is such a huge elephant in the room that is as annoying as it is confusing.

To make an odd matter made worse, whenever Nightwing fondly remembers the amazing friendship he and New 52 Superman had it feels empty. That “amazing friendship” is shown in zero comics since the New 52 reboot. Bringing up that whole matter puts a spotlight on how poorly conceived and executed the New 52’s “implied” continuity was. Even though Seeley utilized that situation as well as he could in the comic, it would have been easier if he would just gloss over the whole mess.

Filling for art this issue is guest artist Maricio Takara, who draws Nightwing and Superman with great aplomb. The smooth line work is not super flashy, but it is solid and attractive. Takara’s depiction of Doctor Destiny is creepy without being overly grotesque. The overall art style contributes to the lighter tone that Seeley has set.

The latest issue of Nighwing is a real treat for people hoping for a fun Superman/Nightwing team-up. Not even the inclusion of Superman’s awkward continuity baggage can drag this issue down.