Batgirl #2 takes a small step back from everything I loved seeing in the first issue, which is mildly disappointing. The thing that made me jump on board with this relaunch was that it felt like a superhero story first and a love story second. But that’s already been completely flipped to a romance with superhero elements, and a fairly generic one at that.

The character work is still strong and I still enjoy seeing Barbara abroad. But her relationship with Kai is a little forced and doesn’t always feel totally genuine. In general, I don’t love that the comic took this direction because it’s kind of setting things back a bit. It’s something the last series fell into at times that never really rubbed me the right way. 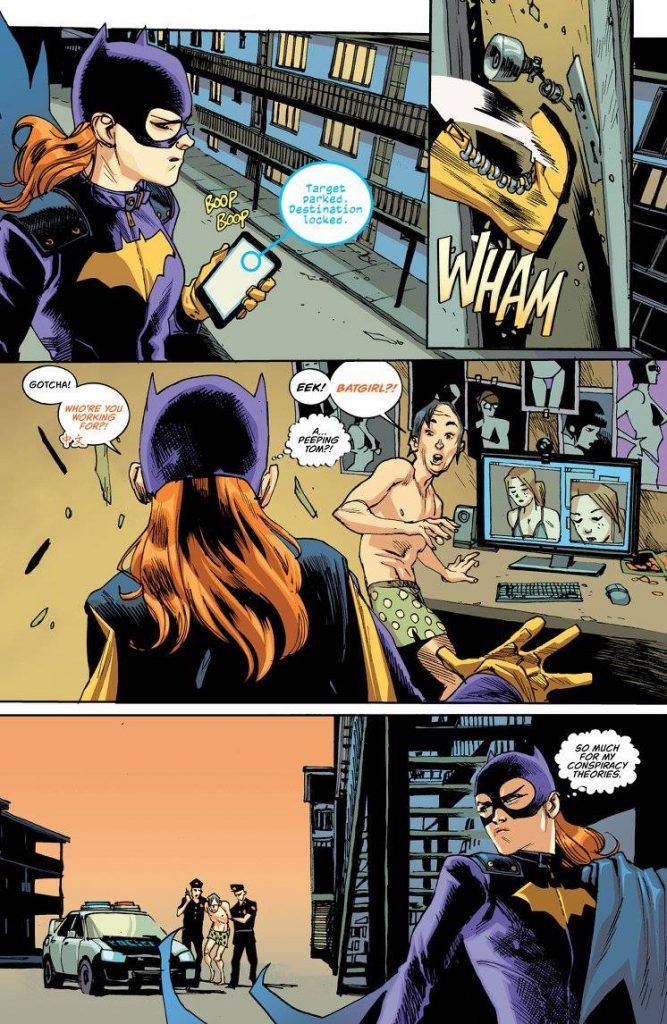 There’s still this unnecessary, needlessly prevalent idea that if Batgirl is a book about a superhero who’s a girl, it needs to be written to cater directly to girls. And that’s fine. I think more things should be catering to the female comic readership, but what this is doing isn’t really that. This is the need to make something “girly” because there’s a female character at the center of it when I think what more female fans would actually want to see is a well-written protagonist who’s getting the same amount of character development as her more well-known male counterpart.

The need to make Batgirl cater to stereotypical teenage drama not only shows a misunderstanding of what makes compelling female superheroes work, it also doesn’t really fit Barbara in general. It’s another thing the previous run got into at times, making her appear and sound much younger than she actually is.

And the only reason I’m harping on it with this particular issue is because there’s not a ton of balance with the story structure. It’s about 90% sudden romance between Barbara and Kai. Even the stuff relating to the ongoing plot, which is genuinely interesting, takes a backseat to Barbara thinking about the relationship and what it means. It sticks out like a sore thumb, especially with the heavy use of thought bubbles, which have felt pretty outdated for more than a few years now. 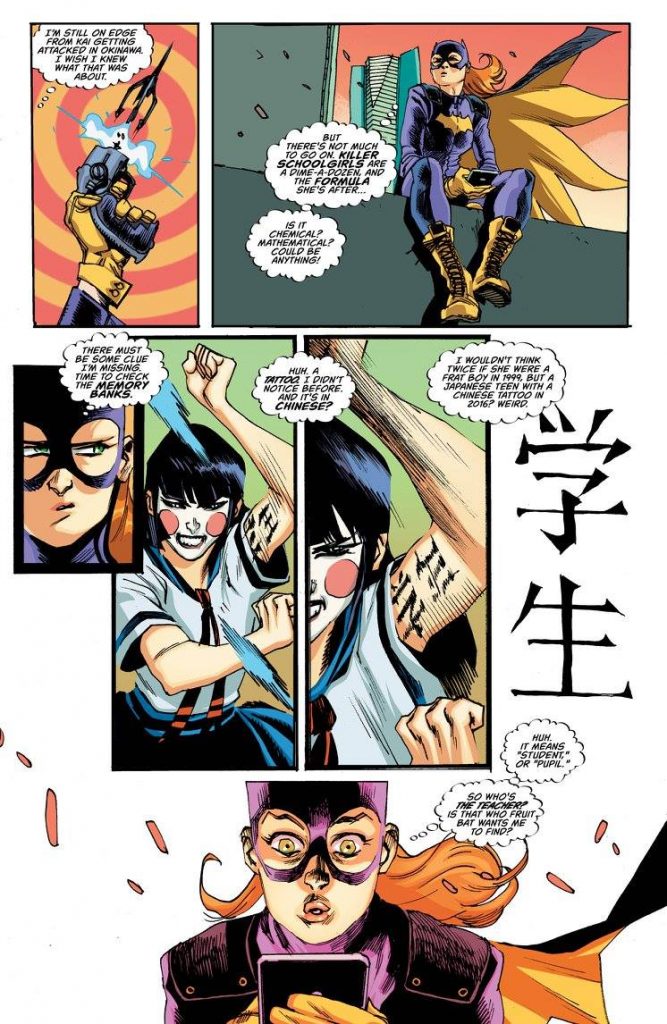 There are definitely ways to make that relationship work and I definitely want to see Barbara have a well-written and healthy romance, but it needs to be balanced out. I’m not totally sure this second issue pulls that off.

There are some great moments, though, for sure.Whenever Batgirl is in costume, it works, especially the scene where she walks in on the Peeping Tom.

Barbara stepping into the ring, actually seeing her training in martial arts and going up against people bigger than her, that’s the sort of thing I want to see more of. The ongoing story is interesting too. The tattoos on the people she keeps fighting, whatever they might mean, that is something that still leaves me curious to see where this story is going. There’s not much Batgirl in this issue, but the best thing it does is give a few much-needed moments of Barbara using the Batgirl side of her brain to investigate this mystery when she’s not in costume.