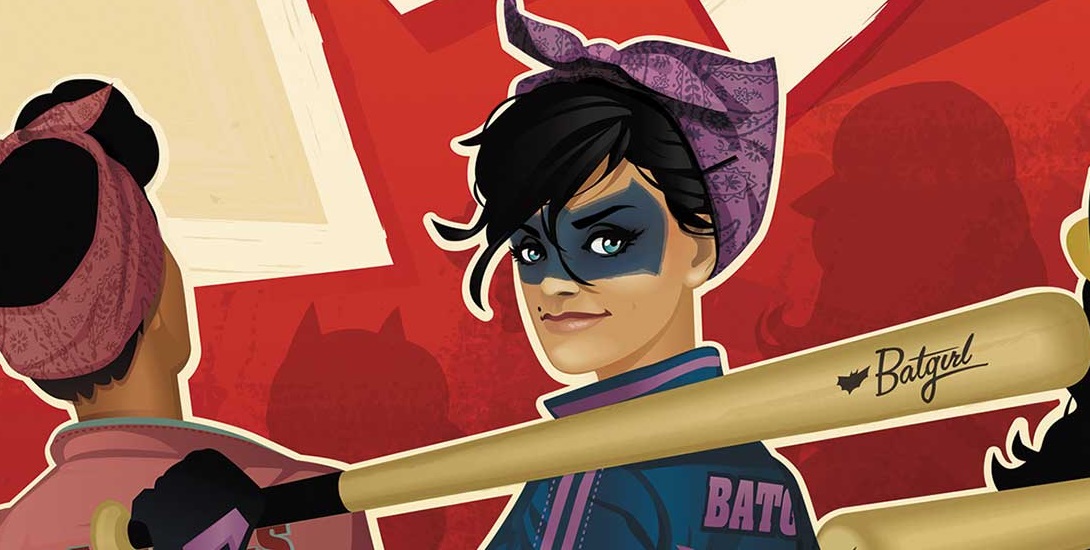 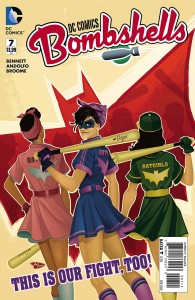 Although this issue takes a break from showing the likes of Batwoman, Aquawoman, and the rest of the Bombshells crew fighting the Axis overseas, that doesn’t mean it’s any less awesome. In fact, Batwoman’s presence is still felt in a rather strong way.

You see, she has inspired a group of young women, “Batgirls,” to fight the good fight at home, in this case, Gotham City. It’s actually quite surprising that characters like Barbara Gordon and Stephanie Brown didn’t make the cut, with Harper Row pretty much being the central character. Sure, it was a surprising choice, but Marguerite Bennett built a pretty good story around her.

Harper’s background is pretty similar to what we’ve seen in regular continuity, only in a different time period. And this time her brother is being kept in a sinister orphanage, which the Batgirls intend to break him out of.

Mirka Andolfo handles art duties for this entire issue and her work is nothing short of amazing. It’s vibrant (thanks to the colors provided by Wendy Broome), features a wide array of facial expressions, and her staging of action scenes is quite superb. I hope she sticks around on this series.

As usual, there are some cool cameos from across the DC Universe. We get to see the likes of Felicity Smoak, Maggie Sawyer, Vicki Vale, and even Tim Drake, who ends ups playing a big role. Be sure to drink in the final page.

If you have yet to jump on the Bombshells bandwagon, this is a great place to do so. It’s very friendly toward new readers and perfectly displays how the creative minds behind this series have so delightfully reinterpreted DC’s greatest female – and some male – characters.