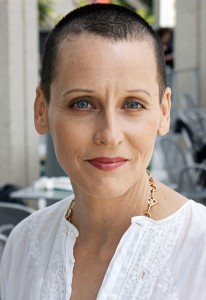 Lori Petty, perhaps best known to comic book fans as the titular hero in Tank Girl and the voice of Livewire in Superman: The Animated Series, is the latest to join the cast of Gotham.

Petty is set to play Jeri, “the flamboyant and enigmatic hostess of an underground club where mass murder and art are celebrated in equal measure. Jeri gives clues to Bruce Wayne (David Mazouz) during his hunt for his parents’ killer, but she and her gang of merry maniacs are less helpful when Jim Gordon (Ben McKenzie) comes calling.”

It looks like she’s signed up for only one episode, but will play a key part in Bruce’s search for Matches Malone.