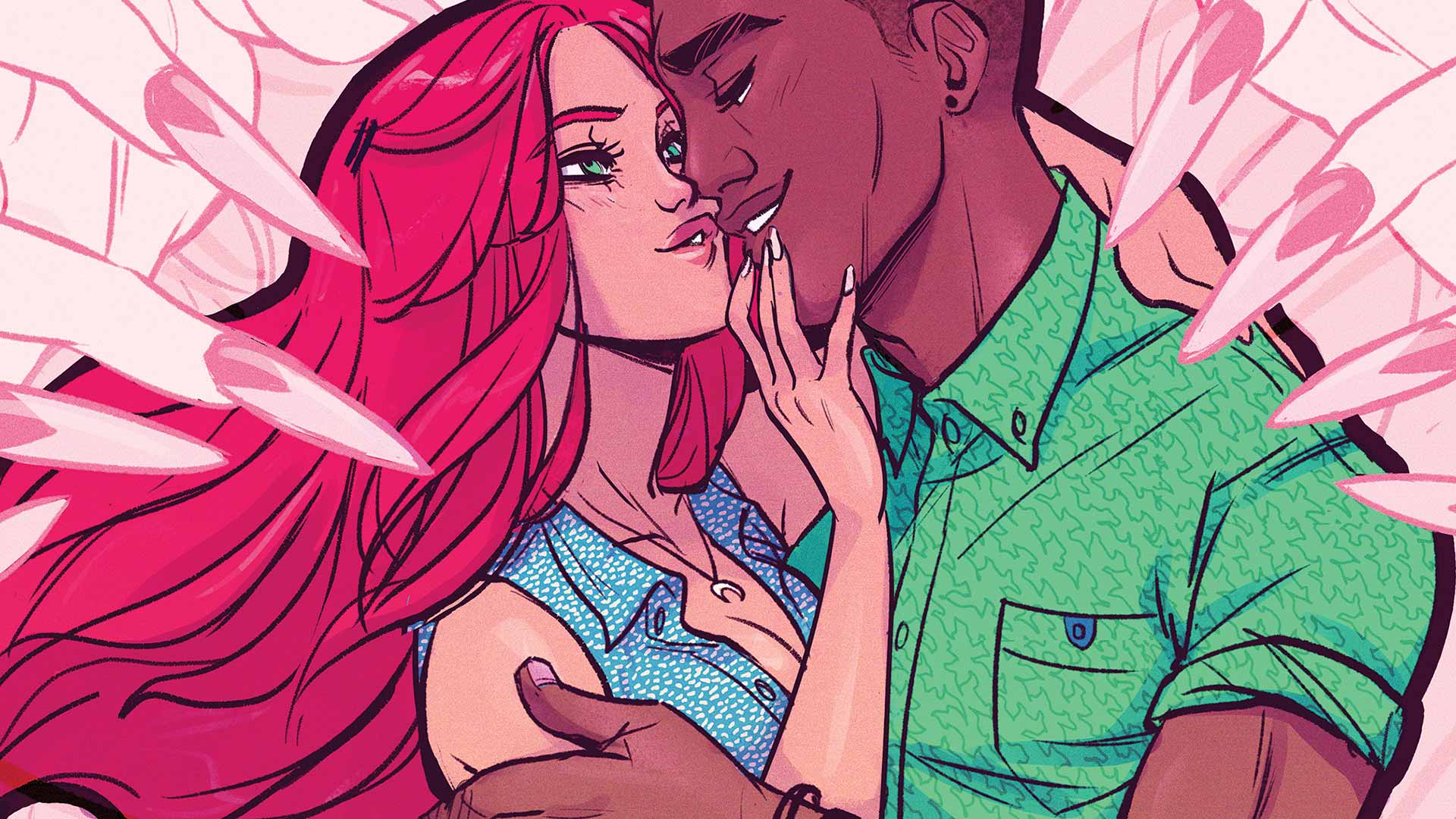 Batgirl #44 feels like an old-school throwback in the best way possible. There are heavy echoes not just to the 1960’s Batman series, but to that whole era of comics and the sense of fun and adventure that it represented. Here, Batgirl comes face to face with a villain who calls herself Velvet Tiger and has the advantage of disrupting all of Batgirl’s tech.

There’s tight pacing here and sense of urgency that really pays off. This is the most on-the-edge-of-my-seat I’ve been reading this title so far. What I’m really starting to love about this book is that it centers on the supporting cast as much as on Barbara Gordon/Batgirl herself. Brenden Fletcher and Cameron Stewart have a great sense of character and the book has a diverse cast, both in terms of the types of people and in terms of their personalities, which is something I love and something that just keeps getting better as the book continues to develop.

This issue also begins a romance between Barbara and Luke Fox, which is interesting even though it honestly comes almost out of nowhere. It’s been developed over a few issues now and you can go back and sort of see that it was headed in this direction, but their decision to get together comes in the middle of a conversation at the end of the issue. It definitely feels a little out of place, or at least rushed.

Series artist Babs Tarr is out for this issue, replaced with Bengal, appropriately enough. Not to discredit Tarr’s excellent work on the series, but Bengal’s style is so similar that in some scenes you almost can’t even tell there’s a different artist. If anything, I think this speaks to the overall tone and consistency of the comic itself, which is ultimately a good thing.

Ultimately, Batgirl #44 continues to drive the series in the right direction and is definitely worth checking out.