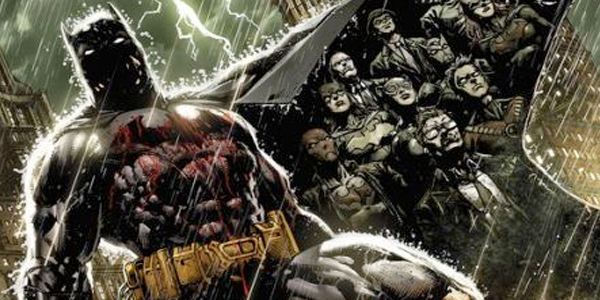 Synopsis: Years ago, Gotham City faced a power Batman could barely overcome…Now, deep beneath Arkham Asylum, he will rise again, and the city will know his wrath… 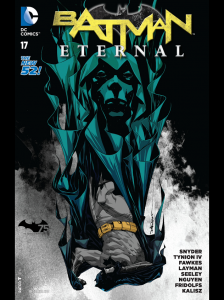 Batman:Eternal #17 is better than it’s been. The past few issues have spent a lot of time building up these other story lines, which I think has bogged it down. Does anyone remember that Falcone and Penguin have been arrested? Forbes is like a new Gordon? Hell, Gordon is what started this series?! It’s like the focus on creating an epic story is its greatest strength and weakness. And when it comes down to it, this is a Batman book… yet there’s an absence of the Dark Knight. That changes this week. Sure, we only see him in flashbacks, but they’re flashbacks that really pay off. 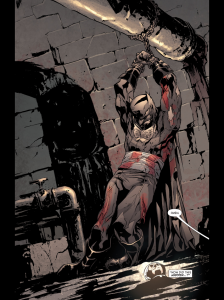 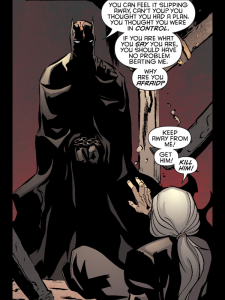 Yet, this issue is really about Deacon Blackfire, both past and present. Many Batfans may recall this is the villain in a highly-recommended story, Batman:The Cult. 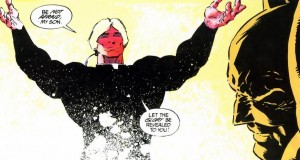 I don’t want to give much away, but I really liked this issue. Batman was involved, and it seems like Blackfire is going to be a major player in the coming weeks. We know more about him, yet have only scratched the service. Author Ray Fawkes did a great job of taking us on a journey throughout the issue, between different story and time lines, while artist Dustin Nguyen remains at the top of his game. He really is one of my favorite Batman artists. 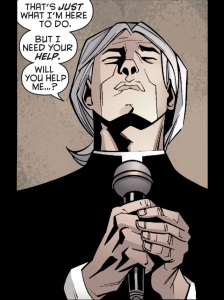 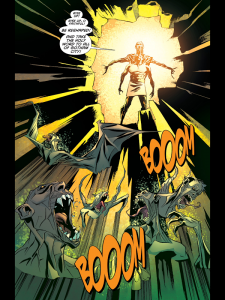 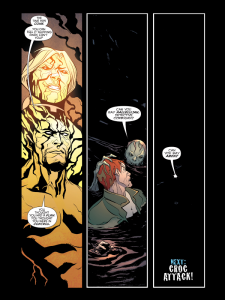 I guess next week we go Croc huntin’!